Polygon: 20 years ago, The Elder Scrolls 3: Morrowind changed everything 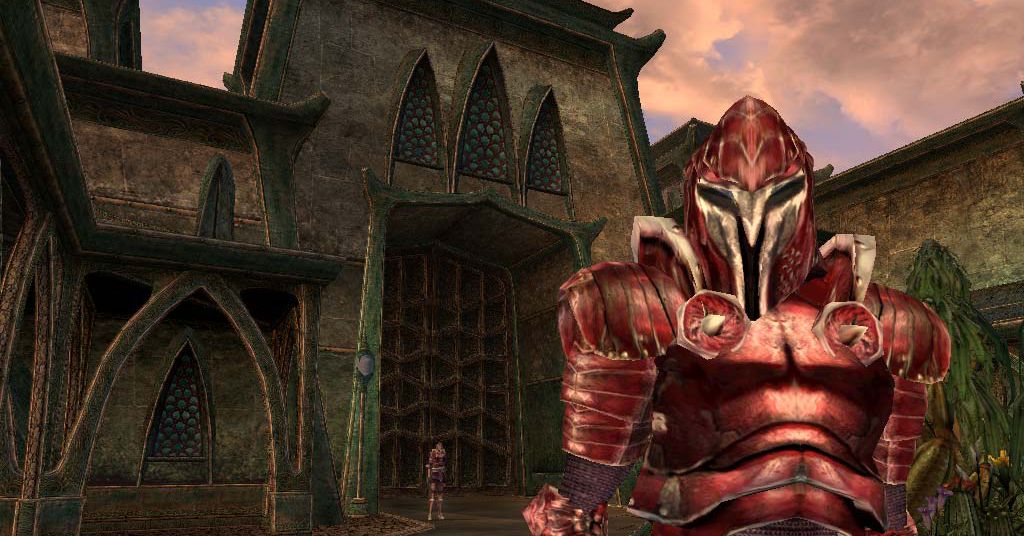 20 years ago, The Elder Scrolls 3: Morrowind changed everything

Morrowind was hardly my first video game, but it was my first true love. When I was desperate for meaning, and life was at its most unsalted saltine, this was a Flavor Blasted Goldfish. I played games before, but this was more like an alternative to reality. It was open beyond comprehension long before the ubiquity of open worlds. My small, mundane existence was supplanted by possibility, mystery, and horror in equal measure. This game fundamentally altered the standard by which subsequent open-world RPGs would be judged. It changed everything.

I didn’t have friends in school, but the denizens of Vvardenfell weren’t concerned with my lack of social standing. They sought only to criticize my outlander status, or for running around in the nude, or for keeping them from the important work of meandering around a 5-foot radius and staring blankly into the distance. The game’s voice acting was pretty limited as well, with dialogue delivered mainly via text boxes. This came with the fun benefit of allowing me to assign any tone I saw fit to an NPC’s rambling — I often took undue offense and murdered many innocent townspeople, screwing myself out of future quest lines in the process.

That was one of the many wonders of Morrowind: You could fuck yourself in ways that defied imagination. In fact, Morrowind offered a game-breaking degree of freedom. Some modern games offer branching decision trees under the veil of agency, but end up funneling everyone toward the same conclusion regardless. But in Morrowind, there were no such gimmicks. In fact, there was sometimes no fail state at all. There wasn’t a Game Over screen after you killed a shady moon-sugar addict and “severed the thread of prophecy.” You could play for tens of hours before realizing the implications of dropping a key item somewhere in a sewer. The creators at Bethesda did not think to protect us from ourselves. Playing Morrowind, I was Colonel Kurtz’s snail crawling along the edge of a straight razor.

Subverting your better judgment didn’t always lead to failure, though. In some cases it led to further adventures. If one was feeling particularly ballsy, they could kill the God-King Vivec and tumble headfirst down a rabbit hole of an entirely alternate main-quest path. This information was not telegraphed to the player at the outset. Instead, it was a reward that only those with hubris enough to kill a god would be privy to. The absence of explicit direction was a fundamental aspect of Morrowind’s genius design that has only been rivaled in recent years by Breath of the Wild and Elden Ring. As in those games, new quests in Morrowind were found organically — through conversation and action rather than running toward the nearest map icon.

Curiosity, not waypoints, fueled exploration on the island of Vvardenfell. Morrowind came before we were all indoctrinated into the cult of Quality of Life. Convenience can temper frustration, yes, but it can also reduce an otherwise rich experience into something mindless. Morrowind preserved the magic by stubbornly refusing to spoon-feed its players. Navigation was aided by the physical map, the often ambiguous (and sometimes straight-up incorrect) directions shared by quest givers, and the player’s own questionable instinct. Fast-travel options were available but limited to specific locations. And you were on your feet most of the time, so the island felt huge — despite the game’s god-awful draw distance.

With so much to explore and discover, stumbling into the unexpected came to be expected. After chatting with a tax collector about sweet roll-related issues, you could proceed outside the village bounds of Seyda Neen and be greeted with a loud shriek. It was a wizard falling from the air to his death. On his corpse was a journal, outlining the hubris which resulted in the broken corpse before you. Along with a spell that fortified acrobatics to a dangerous degree, Tarhiel’s final moments lent a pervasive sense of awe that colored the entire journey moving forward. It seemed like anything could happen, untethered from concrete quests and assignments, as long as you were in the right place at the right time. The map was brimming with possibility.

Definitely a game that blew my mind when it came out and was doing things no other game had up to that point. I do feel the quality of content was front-loaded though.
Last edited: Apr 24, 2022

Changed as in being an easier less complicated dagger fall then ok.

A Gamer changer for sure
L

First time i arrived at Balmora, it was raining. My mind was blown away at the time.

RoboFu said:
Changed as in being an easier less complicated dagger fall then ok.

It definitely changed my motherboard & GPU, I can tell ya that.

Getting off the boat at Seyda Neen is one of my personal landmark moments in gaming.

It definitely was an important game and milestone for Bethesda, but it was Oblivion not Morrowind that made me a TES Fan. although to be fair i didn't play Morrowind until Jan 2006, 4 years after it was released.

Gotta give it to them. It must have taken a lot of effort to not cry about how its offensive or represents toxic masculinity Or some other bullshit.

Duping items and drinking 100 speed elixers changed everything. I've never crossed such a large 3d open world, so fast before or since. Also jumping 10 miles in to the sky was pretty funny.

Game of the forever

That was one of the many wonders of Morrowind: You could fuck yourself in ways that defied imagination.
Click to expand...

But for Gothic players, it was Tuesday.
F

I guarantee you most people here have never heard of it and couldn't deal with its "complexity".

I am so old. I was playing this for months when I was 13.
I knew where the best gear was. Treasure rooms, which npc has the keys, where are buyers with cash to sell the stolen goods and so on. I could start the game, go to Few places, collect my gear and train to level 40.
The last game with such freedom. Frankly, Elden ring reminds me of it
Last edited: Apr 24, 2022

RoboFu said:
Changed as in being an easier less complicated dagger fall then ok.

While I agree that a lot of cool features only present in Daggerfall were lost, Morrowind is an overral better game.

For anyone wanting to replay (or play for the first time), check this out: 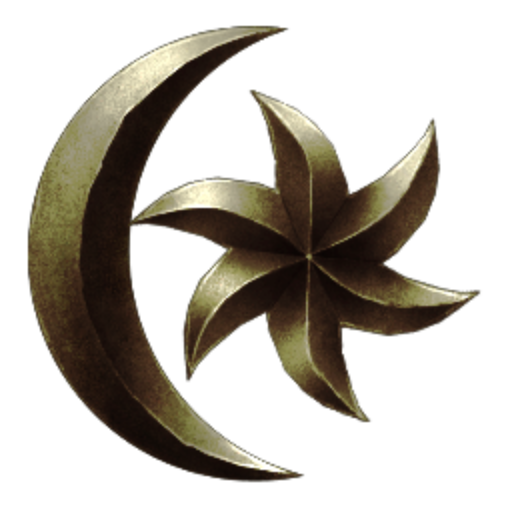 IbizaPocholo said:
Curiosity, not waypoints, fueled exploration on the island of Vvardenfell. Morrowind came before we were all indoctrinated into the cult of Quality of Life. Convenience can temper frustration, yes, but it can also reduce an otherwise rich experience into something mindless. Morrowind preserved the magic by stubbornly refusing to spoon-feed its players. Navigation was aided by the physical map, the often ambiguous (and sometimes straight-up incorrect) directions shared by quest givers, and the player’s own questionable instinct.
Click to expand...

MidGenRefresh said:
While I agree that a lot of cool features only present in Daggerfall were lost, Morrowind is an overral better game.

For anyone wanting to replay (or play for the first time), check this out:

Nice, curious to try it out on my personal MBP (macOS support too, so I do not need to fiddle with an ARM version of Windows).
S

Fugitive Sex said:
I guarantee you most people here have never heard of it and couldn't deal with its "complexity".
Click to expand...

It was barely known outside of the PC userbase.

Used to skip school to play this on Xbox. Still remember the title music.

“There is no escape, no recall or intervention can work in this place”

I remember playing it on PC and being confused more than anything. Elder Scrolls really didn't click with me until Oblivion.

I’m still hoping Beth does something for the anniversary. Not expecting much but they have been pretty quiet.

Kamina said:
“There is no escape, no recall or intervention can work in this place”
Click to expand...

I really got into the franchise with Oblivion, tried a few times to get back to Morrowind but just couldn't get into it.

I’ve tried so many times to finish Morrowind. It has fantastic atmopshere, but try as I may I just can’t get into the combat. I understand the combat’s dice roll/weapon specialization system, but it just isn’t fun regardless. Oblivion and Skyrim’s combat systems aren’t much better, but at last they’re more intuitive.

I’ve played it on Xbox (the fantastic 60fps emulation on Xbone/SX), and I have the GOG version heavily modded on my laptop. I think it’s one of the few games that could benefit from an official remake, but I’m not sure if current Bethesda could streamline the combat without being tempted to also streamline everything else (like quest design and Magic customization).

Also it has the best Argonian and Khajiit designs. I really like how they each look more lizard like and feline like respectively and I always use mods in Skyrim that give the Argonians Lizard legs and Khajiit paw-like feet.

It’s a really cool game, but the combat just makes it drag on for me and I’ve never even finished the main quest.

Those first 2 hours of Morrowind were just magical. Felt like it was limitless. Considering there was next to nothing like it on the market. It had some of the best rain/water effects too at the time.

Morrowind was magical because it didn't really hold your hand and you could easily break the game if you felt like messing around with creating your own spells/summons.

I'd roll around with two permanent golden saints as my body guards.

I have many fond memories of the game and my buddy and I still talk about it. SkyWind when?
Last edited: Sep 13, 2022

SirKicksalot said:
But for Gothic players, it was Tuesday.
Click to expand...

Lol my wife played through that, absolutely brutal, seemed like a Souls game before Souls games was even a thing.
You must log in or register to reply here.

Before Skyrim: the Elder Scrolls games that nearly broke Bethesda