Skyrim is like a job. It's boring, takes a lot of time, mundane, yet you plop your ass in front of it and start grinding. Something about Skyrim JOB. Something something 40 hours a week.....

In the past I should choose Final Fantasy but after FFXII I can only choose The Elder Scrolls.
Last edited: Jul 1, 2021

Obviously FF and by a mile. Great stories, most of their games are good ,good character design and gameplay is fair in most of cases.

Elder Scroll is a mess on both gameplay and story. Most of characters names are either weird or created by someone who just came with weird idea(or a kid), gameplay is mostly terrible, with randoness over randomness and alot of stupid rules and hidden mechanics that serves no purpose whatsoever. And this excluding the infinite amount of bugs.

Best game between the two series is Final Fantasy VI. So, FF gets my vote.
P

I dont see gameplay anywhere in this post.
U

I don't think the Elder Scrolls series can even qualify for this considering they never actually release any new games in the series. I wouldn't be surprised if we get a few more Skyrim remasters over the new couple of years.

I can’t stand voice acting and characterisation in pretty much every FF game that I have tried, so I get really irritated pretty much from the start. Morrowind, Skyrim and Oblivion are one of my favourite games ever, so the choice was ridiculously easy.

Elder Scrolls has character customization, true open world design, and a greater volume of things to do (though they're not all equally investing), but increasingly mediocre and inconsistent writing (thanks, Emil Pagliarulo) with little to no particularly memorable characters, and absolutely fucking shit combat. Final Fantasy is more linear, but has way more focus on characters and setting despite each game being different, and some of the non-ATB games have fantastic combat (FFX's CTB system is my favorite turn-based system to date, and FF7 Remake is extremely satisfying if you know what you're doing).

They both typically have good music, but I'd still give it to Final Fantasy overall on that one. And Elder Scrolls has that nasty reputation of being a bug-ridden mess and relying on mods to fix things. I have no interest in touching on sales, because sales =/= quality. If anything, it equals marketing budget.

Elder Scrolls is a few tiers above FF.

Only mockingly would someone place those franchises against each other. It's like putting GTA v Saints Row. It's simply AAA v AA.

If it weren't for Final Fantasy, I would have quit gaming a long time ago.

Elder Scrolls is the tits, though. A very rich, fulfilling series of games.
Last edited: Jul 2, 2021

Elder scrolls is the yamcha of games. After Daggerfall it's all down hill from here. Final Fantasy is the krillin of games. It has highs and lows and manages to vecome relevant yet again even late in the game somehow. Ff7 remake amazed even though we thought krillin was donezo.

The Pleasure said:
Elder scrolls is the yamcha of games. After Daggerfall it's all down hill from here. Final Fantasy is the krillin of games. It has highs and lows and manages to vecome relevant yet again even late in the game somehow. Ff7 remake amazed even though we thought krillin was donezo.
Click to expand...

Those are the worst comparisons I've ever heard in my life.

Anyways, playing some FF14 right now and jesus christ this game has some straight bangers

While Final Fantasy is very overrated, there isn't a single good game in the Elder Scrolls franchise, its success mostly came from Skyrim being the "dudebro first RPG".
Last edited: Jul 2, 2021

brenobnfm said:
While Final Fantasy is very overrated, there isn't a single good game in the Elder Scrolls franchise.
Click to expand...

these two have absolutely nothing in common, release 10 yrs apart from each other and are on opposite ends of the Genre
Who told you to do this shit bro,

this shouldn’t even be a poll

Sounds like you should stop gaming and just watch a movie (or a Final Fantasy ).

I have only play few hours of Skyrim. It looks pretty solid on the RPG side but the combat in First person view is just awful. It made me drop the game quickly. There is a third person view but it was still awful. But I play it after having played Dark Souls for several hundred of hours so I guess the gap between the combat was too big. Should give another try.

Final Fantasy for me. I prefer their colorful world, beautiful music and combat. They just make me dream.

But TES and FF are 2 completely different genre for me so again really weird comparison.

Elder Scrolls and it's not even close.

They're too different for me to say, they both scratch a different itch; like getting a bj vs getting rimmed.

I am very biased towards FF series. I guess it hooked me very early on in my childhood and never really let go. Just last week I re-subscribed to FF14 and playing it again with the new DLC out at the end of the year.

TES series - they have mod support.

Little Chicken said:
They're too different for me to say, they both scratch a different itch; like getting a bj vs getting rimmed.
Click to expand...

Lol FF is hugely overrated. ES all the way for me. FF7 remake only FF i liked


Also, if this poll was done before acquisition then ES would have won easily but its done now. So u all know what will be the result. Lol


But On serious note. Both are good Series but ES i like more plus mods.
Last edited: Jul 2, 2021

FF the only reason I bought my psone. Yeah, FF has more up and down compared to Elder Scrolls but I still enjoyed them.

R6Rider said:
I much prefer the Elder Scrolls series. Morrowind is among my favorite games of all time.
Click to expand...

Does "All tine" mean it still is one of your favourite games today and you enjoy playing it in its original form (no mods)?
Last edited: Jul 2, 2021

This is largely because its not the developer that makes elder scrolls anymore, it was the community.

Final Fantasy stand on what the developers made themselves. Elderscrolls stands on the backs of the community who actively fix and Improve the title to such a respected status.

How is that poll even remotely close? One franchise puts out games, even though many would say the frequency is low. The other franchise is quite literally dormant. SNES and legacy through the PS3 years have FF winning this by a fucking landslide IMO.

They are so fundamentally different that I've never compared them. But Morrowind especially kind of changed the game of RPG's for me and it was impossible to go back.
R

I've hated every Elder Scrolls game that I played, but I have never played a Final Fantasy game.

So I have to give it to FF, since I don't hate it like I do TES.

Please someone refer me to the epic story moments in the Elder Scroll games (and I don't simply mean story exposition or cinematic scene, it could be a dramatic moment but also an action moment). Please link the video.

If we include the mmos then its FF. If not then probably a tie. You could argue both are shadows of their former glory, though.

I much prefer the Final Fantasy series. Morrowind is among my most hated games of all time.

1980 to 2006
Final Fantasy hands down (FFT, FF7, FFIX, FFX, FFXII) vs Morrowind, Dagerfall
2005 to 2021
Elder Scrolls were more fun, even though they´re always the same. A franchise that has overstayed its welcome. 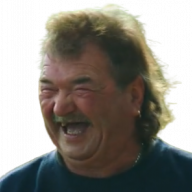 FF has not been good for many, many years. It has been downright bad (FFXV) and mediocre (FFVR) recently.

Skyrim at launch was amazing. ESVI hype is gonna be insane.

Both of their MMOs can get fucked.

this shouldn’t even be a poll
Click to expand...

As some who hasn’t played any of the games… I can say…Elder scrolls. If Final Fantasy removed the corny attire and such, Final Fantasy.

Ill be back next week to give my 100% unbiased opinion.

Oblivion blew my mind. I'd never experienced such freedom in a game before.
FF6 will always be in my heart though. And maybe 7.

After X, Final Fantasy has been shit...

But in honor of all the great games before that, it's Final Fantasy for me.

If elder scrolls were multiplat we would see a different result, who likes animes?

Could never get into FF games but ES are some of my favourite games.

Easy ES for me.

FFXIV, FF7Intergrade, FF XV and FF tactics are better than anything TES has ever put out.

Magnific0giganticus said:
Please someone refer me to the epic story moments in the Elder Scroll games (and I don't simply mean story exposition or cinematic scene, it could be a dramatic moment but also an action moment). Please link the video.

No one? I guess that was to be expected...
S

What is up with these dumbass comparisons lately?

Magnific0giganticus said:
No one? I guess that was to be expected...
Click to expand...

Come on mate, in fairness Final Fantasy script and characters are all "yippee!", "high five!", etc

It's cheesier than fondue (I like it, but let's not start bragging about how 'epic' it is!).

Optimus Lime said:
Elder Scrolls. There's less of a chance that I'm going to be required to role play as a hairless, concave-chested, effete boy who struggles with a dark secret. I just want to play some alpha male moron who breaks things with hammers.
Click to expand...

basically
You must log in or register to reply here.