Rumor Sony want to reboot Castlevania in the mold of Bloodborne 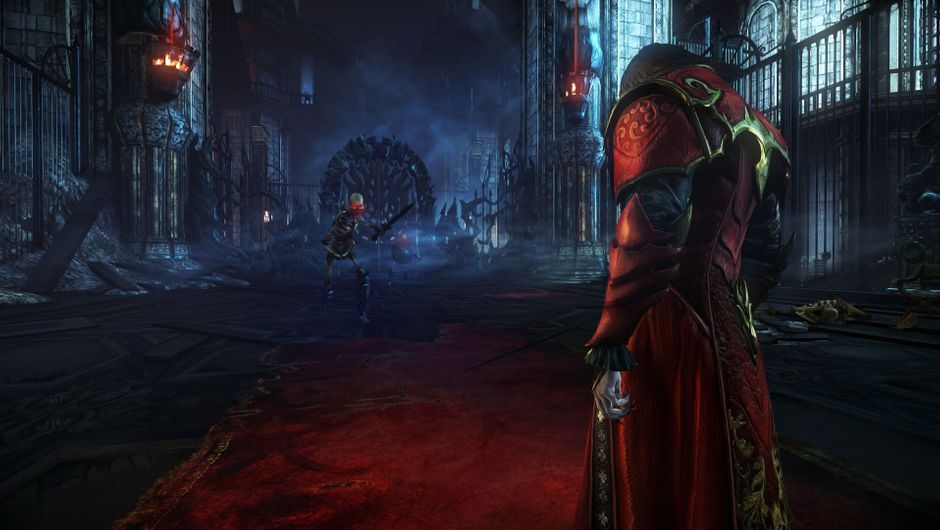 According to the latest rumours, Sony plan to buy Castlevania IP from Konami and reboot the series in the style of Bloodborne and previous Castlevania game - Lords of Shadow.

Further to the rumors in march, this has just turned up....

'Rumours about a partnership between Konami and Sony have been floating around for several months now, suggesting that Sony are interested in buying several Konami IPs including Silent Hill and Metal Gear series.

Apparently, Sony are already working on two Silent Hill games. One of the titles is in development at Sony Japan Studio while Kojima Productions are working on another game - Silent Hills. On top of this, Sony are also interested in the Castlevania franchise.

According to latest rumours over at ResetEra , Sony are willing to purchase the IP and work on a full reboot. The most exciting part about this is that the game would be similar to Bloodborne, FromSoftware's PS4 exclusive and also Castlevania: Lords of Shadow. So a jam-packed action title but with Bloodborne combat and gameplay? Yes, please.

Of course, it is not surprising that Sony are interested in Castlevania, a franchise which is dripping with potential. The lore, the setting - everything is in place for a fantastic title and hopefully, Sony will bring us another masterpiece in the next few years.

At the moment, nothing is officially confirmed though, so we suggest you take the details with a grain of salt, just like any other rumour or unconfirmed info. That being said, Bloodborne-like Castlevania would be our dream game so fingers crossed that the rumour is true.'
Reactions: LordOfChaos, Pantz, El Sueño and 25 others

SoulsBorneMetroidVania the next big thing

I’ll be lined up day one for anything Castlevania. Is the article using a Re thread as a source though? Is that normal?
Last edited: May 11, 2020
Reactions: alucard0712_rus, Zefah, Kamina and 7 others

Oh man, this sounds promising. Just hope they don't skimp out on the writing. Castlevania deserves a top notch narrative.
Reactions: Ailynn, mekes, Hobbygaming and 2 others

This Rumor coming back from the dead.
I see CastlevaniaSouls doing well.
MetalGear ReGeared doing great.
Silent Hills doing poorly.
What in it for Konami?
Reactions: Alan Silvestro and drotahorror

I would be fine with the compromise of Konami whoring off their IP to pachinko trash as long as they give the reigns of actual game development to someone who gives a shit.
Reactions: Stiflers Mom, Shadowstar39, Fawst and 2 others

Hope is true.
Reactions: Keihart, Hobbygaming, and 3 others and 1 other person

Though to be honest if they are going to buy the franchise just to turn it into something else I'd rather have them make a new IP
Reactions: DetectiveBananas, Deft Beck, Somnium and 1 other person

If they did this....it would be fuckn huge

also fuel to the fire of rumours of them wanting to get Konami franchises, and it seems the silent hill rumour is legit

EDIT: thought this was a newer rumour, was originally posted 2 months ago
Last edited: May 11, 2020
Reactions: Bryank75

Bloodborne always gave me heavy Castlevania vibes especially with Cainhurst Castle, so I would be down.

Although why not just make a sequel to Bloodbrone? It's one of the most beloved PS4 exclusives, and a confirmed Bloodborne II would most certainly sell PS5's 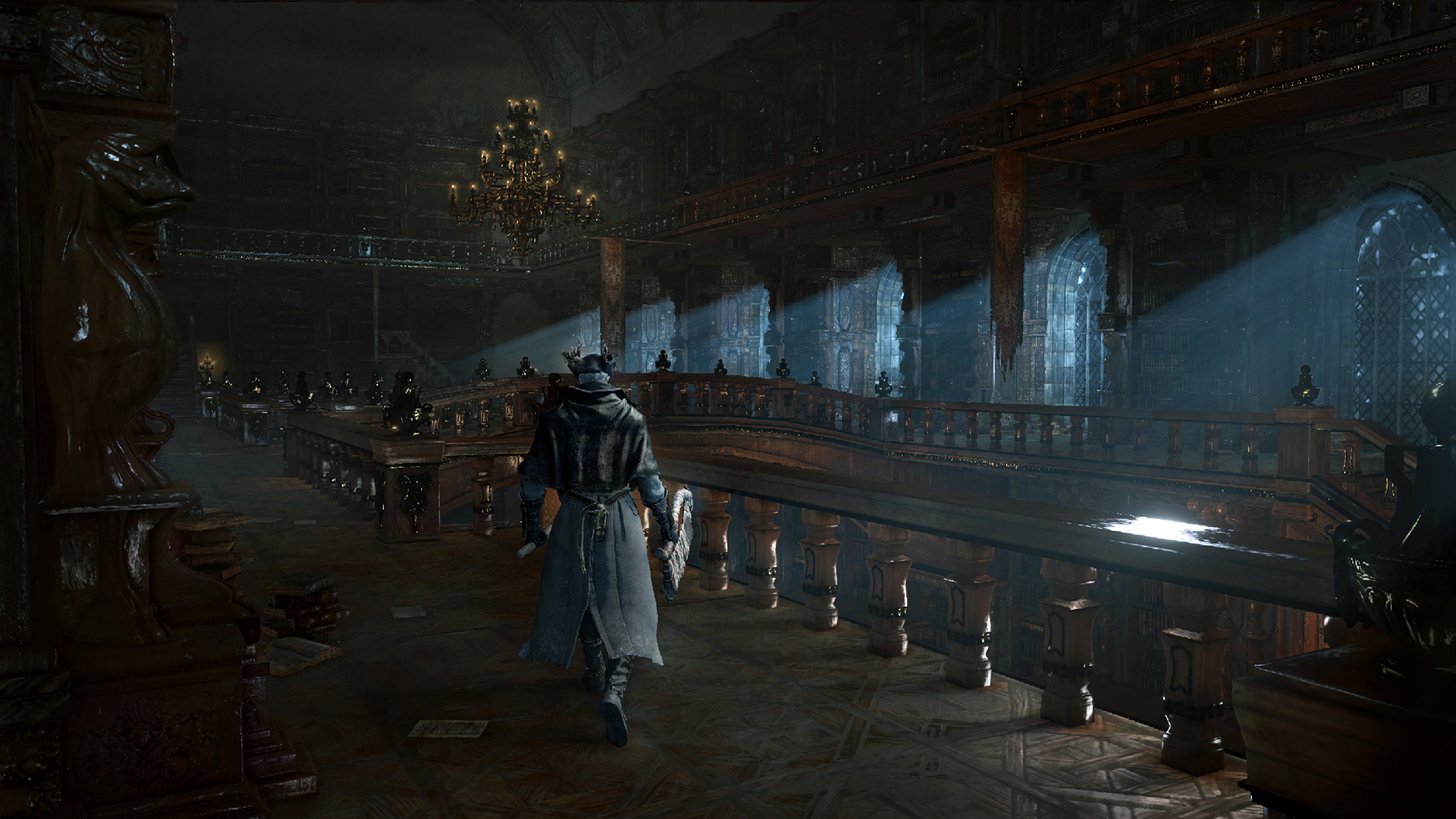 Bloody Knuckles said:
If they did this....it would be fuckn huge

also fuel to the fire of rumours of them wanting to get Konami franchises, and it seems the silent hill rumour is legit
Click to expand...

If it is true, I'll blow my load when it's announced....
I have to be pessimistic though, cause this is Konami and PlayStation of the last few months!

Sounds amazing....but these articles...so many have to be "taken with a grain of salt".....I'm puzzled that Konami would even think of selling their established IP's. Sounds too good to be true...Perhaps there's a partnership in the IP. Sony / Kojima create the game and Konami take some sort of profit share?
Reactions: Bryank75
M

Castlevania is actually perfect for a Souls style game imo. Purists will probably hate the idea, but it would be cool imo.
Reactions: Bryank75, Hobbygaming and Javthusiast

There's pretty much a rumor about everything these days. I prefer to wait and see.
Reactions: kyoji

Reskin the new God of War with Bloodborne mechanics.

Holy shit, a Dark Souls clone? WHY HAS NOBODY TRIED THIS YET?!
Reactions: wyvern_bloodfist, brian0057, SirTerry-T and 3 others

KatharsisT - a verified ResetEra user who as of lately has been disclosing details about Sony's Silent Hill game - already confirmed that there are not any new Castlevania or Metal Gear related projects in the works. Also, several insiders have shutdown the rumors about Sony buying Konami's IPs.

Not only that, but the "source" quoted in the news turned out to be full of shit, as JackOfAllControllers was exposed as a clickbait-driven website ran by a pathological liar.
Reactions: fse, JnrAdii and Orenji Neko

Another Sony buying Konami IP rumor.
Reactions: and 3 others

Took them long enough to finally come to the right conclusion.

nah i rather want my games to be fun,
repeating the same boss for 15 times is not part of this
Reactions: wyvern_bloodfist and A Regular Guy

Lawrence ‘Chunk’ Cohen said:
Is the article using a Re thread as a source though? Is that normal?
Click to expand...

It used to be gaf-> world -> gaf for insider game news and leaks.

But after gaf slid off the edge of the world and reee was set up, most of the people who actually knew that insider stuff decided to head over there and post, so now it’s reee -> world -> gaf.
Last edited: May 12, 2020

Mmmm mix in Symphony of the night in there. Remake. Sequel. Whatever
Silent Hill. Castlevania. And Metal Gear... make it happen PLaystation

No thanks, yuck.
Reactions: A Regular Guy, Bigrx1 and Orenji Neko

Konami should sell ALL the IP they're hoarding, they won't do anything with em at any rate and they can still sell them for a good amount of money right now. They can probably work into the contract that they keep exclusive rights to make Pachinko machines based on those properties.

Like, who in their right fucking mind would ever take a job as a developer for this company? They could pull off all the dirty shit they wanted with their old devs but they aint getting any new hires worth shit due to that. They have no future in games development, the damage has been done.

Locking konami ips to one platform, no thanks.
Last edited: May 12, 2020
Reactions: Zannegan and Orenji Neko

This isn't smoke, this is the town drunk yelling "FIRE" in a movie theater.
Reactions: Golgo 13 and Whitesnake

I know better than to get my hopes up, especially when it’s based on mere rumors.

For the love of god, somebody should at least do SOMETHING with the Castlevania IP. I don’t even mind if it’s a sequel to Kid Dracula. Just something other than stagnation.

I have no desire whatsoever to see Castlevania go PS-exclusive unless they're planning on a simultaneous PC release.

There's an awful lot of smoke around this story. Gives me some hope things might be happening.


Vol5 said:
Sounds amazing....but these articles...so many have to be "taken with a grain of salt".....I'm puzzled that Konami would even think of selling their established IP's. Sounds too good to be true...Perhaps there's a partnership in the IP. Sony / Kojima create the game and Konami take some sort of profit share?
Click to expand...

Yeah, from Konami's point of view, I think it would make more sense to license out their properties than outright sell them. A lot of valuable content.
Last edited: May 12, 2020
Reactions: Alan Silvestro

Then it won't be Castlevania anymore. And that's all I have to say about that.
Reactions: wyvern_bloodfist, brian0057, SirTerry-T and 2 others

What a waste.
S

Chacranajxy said:
This isn't smoke, this is the town drunk yelling "FIRE" in a movie theater.
Click to expand... 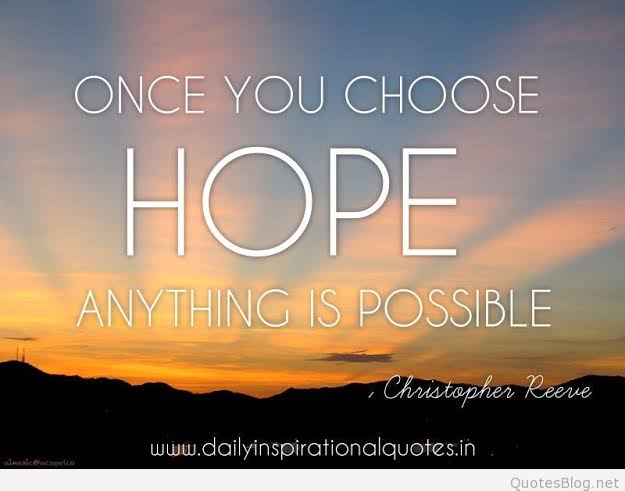 Shadowplay1979 said:
Locking konami ips to one platform, no thanks.
Click to expand...

Better then locking them away from all platforms
These rumours are consistent despite Konami denying them.
You'd think they'd give up, unless...
Last edited: May 12, 2020

It's not the first time we are hearing this, so there must be some truth to it. For a while now, I suggested that Sony should buy Konami and Capcom, but their best franchises could work too. Love 3D Castlevania, I think Sony can actually do the franchise justice in 3D. Loved Lament of Innocence. Can't wait for Silent Hills.
M

No thanks Castlevania will always be a side scrolling masterpiece. Just enough of metrovania I prefer linear like Castlevania IV
Reactions: Bigrx1

I'd take it. Don't see how that could go wrong.

I would love to see a properly Castlevania game like Dawn of Sorrow, Order of Eclesia, Harmony of Dissonance, etc.

But this? Taking Lord of Shadows as base? No fucking way I would buy that crap. Everything went shit with Castlevania when they took those shit takes from LoS.
Last edited: May 12, 2020
Reactions: SirTerry-T and MR ARCADE FOREVER

Sounds like a fucking awesome idea. It's just a natural fit.
Reactions: Bryank75

A new Metal Gear?!? Please be true. At this point, I'll either take the MG and MG2 Remake, The Boss Game in WW2, or a full series reboot. I'm good with any option.
Reactions: Bryank75

I want an actual new Castlevania and not a reskinned Bloodborne. Just make another Bloodborne.
Reactions: wyvern_bloodfist, kuncol02, ANIMAL1975 and 1 other person

If they reboot Castlevania without ever doing a 1999 game then fuck this gay earth.
Reactions: Paracelsus

A new Metal Gear?!? Please be true. At this point, I'll either take the MG and MG2 Remake, The Boss Game in WW2, or a full series reboot. I'm good with any option.
Click to expand...

Castlevania does seem like IP ripe for the picking esp off the back of a well received Netflix series. Can’t imagine how insane it’ll look on next gen.

Chacranajxy said:
Holy shit, a Dark Souls clone? WHY HAS NOBODY TRIED THIS YET?!
Click to expand...

I dont think it necessarily has to be a "Souls Game" but could just be a 3rd person action adventure with similar graphical style.

The souls formula is the closest thing we have in 3D resembling Castlevania. And I'm not talking only about aesthetics. Yeah, Bloodborne have many common themes but the gameplay have similarities also.

Classicvanias are about timing and precision. The Belmont wip, Vampire killer, have a delay which makes space awareness, enemy reading and timing very important.

Metroidvanias are about exploration and RPG stats. The biggest fun in them is discovering new places, new itens, new skills and make the character more powerful.

Mix these two, add a third dimension and we will have something very close to soulsborne game. DMC/God of War like combat do not resembles Castlevania. IMO, it should be more deliberate, more careful. It doesn't need to be slow, but it shouldn't be button smashing or combo focused either. The stamina mechanic is a very good way to make each action more important in a 3D space.
Reactions: Bryank75
You must log in or register to reply here.

Opinion Trailer What the Hell is Going on With The New Silent Hill Game?