What is the best strategy video game of all time?

Srs answer tho, probably Starcraft. It has a very robust multiplayer scene, even to this day.

Final Fantasy Tactics is definitely my favorite game on that list.
Reactions: IFireflyl

BlackTron said:
I've heard good things about this game but it doesn't seem easy to play in 2021. One of the few games I set out to play on PC and gave up before I found a working way to do it.
Click to expand...

Yeah, sadly due to licensing issues it got completely delisted.

I still have a physical copy, it's actually the only physical PC game I still own.

Right now the only 2 options are to track down a second hand physical copy or just pirate it.

Every time there's some new LOTR project I cross my fingers that the increased interest in the franchise will make someone fix things behind the scenes and arrange for a digital re release.

The Shining Force 2 option that should have been on this list.

The best I've played is probably Stellaris for the hardcore. I think maybe Halo Wars 1 for the unititated.
A

OBVIOUSLY its starcraft brood war.
Is there any other real strategy game?

Lul at putting sc2 the abomination into the poll.

As a complete strategy nerd there are many titles missing that should be on that list and several titles that are on the list but shouldn't.

Hard to pick one winner but if I would mention a few it would be Distant Worlds Universe (old now - looking out for the sequel hopefully coming this year), Sword of the Stars, Crusader Kings 2, Total War: Attila (best of the series just very punishing and hence why people dislike it) and AI War.
T

reinking said:
My vote: Ogre Battle: The March of the Black Queen
Click to expand...

Fbh said:
Yeah, sadly due to licensing issues it got completely delisted.

I still have a physical copy, it's actually the only physical PC game I still own.

Right now the only 2 options are to track down a second hand physical copy or just pirate it.

Every time there's some new LOTR project I cross my fingers that the increased interest in the franchise will make someone fix things behind the scenes and arrange for a digital re release.
Click to expand...

I went through this two years ago. I even finally managed to download a copy but couldn't make it work. It look legitimate effort and time just to find it.

If they would put it out for sale to end that problem I would certainly buy it.

Strategy in the title, OP put a ton of tactics game in the list.

Tactics: a: the science and art of disposing and maneuvering forces in combat
b: the art or skill of employing available means to accomplish an end
Click to expand...

All of the following, I would consider to be mainly Tactics games:

In Tactics the big difference is that you are mostly working with what you've got to achieve a specific end.
Whereas in Strategy you are building something that you'll later use in multiple ways.

Tactical games tend to be built with some way of accomplishing a set goal and some sense of Fairness.
Whereas in Strategy game you are playing to give yourself an unfair advantage as much as possible in order to win.

And Pikmin is neither a Tactics or a Strategy game. It's a puzzle game disguised as a Tactics game. 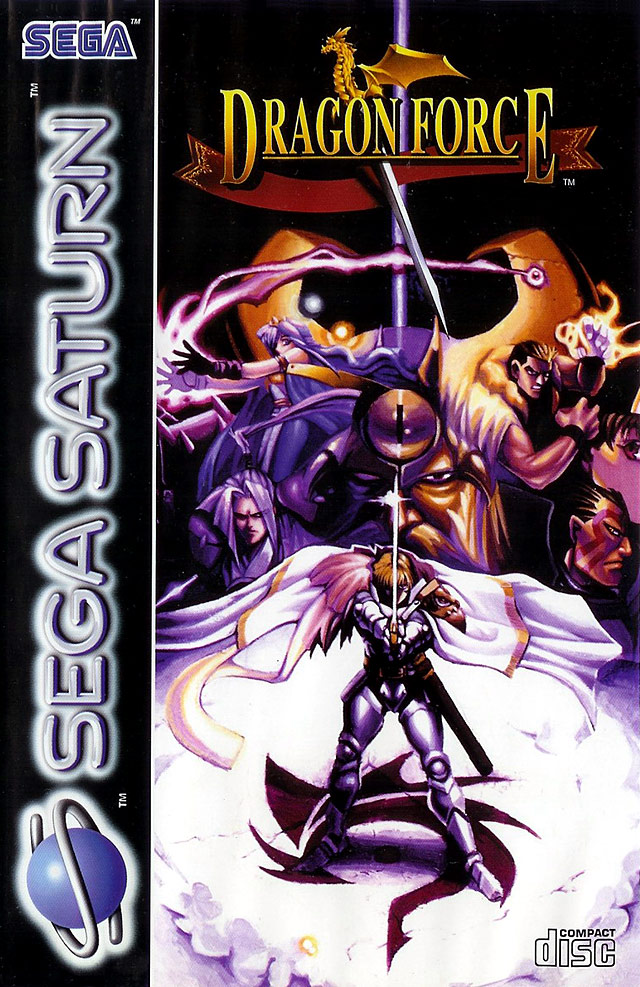 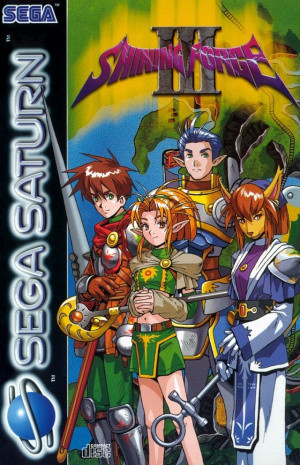 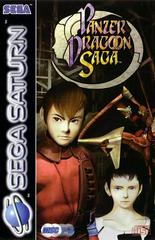 Pfff I am the only vote on Company of Heroes. The system is rigged 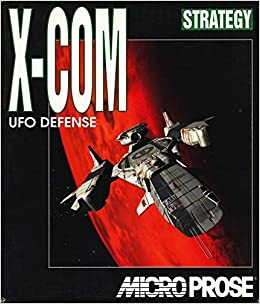 Not that the newer ones are bad, but the fear of encounter a Chryssalid alone is still unmatch in any TBS.
Reactions: Chukhopops and pochepiller2
A

mixture of fun and nostalgia.

An awesome business game I played on Apple in the 80s. If you like looking at sales, profit and inventory. It's all text.

You can play against the computer which isnt very good. But playing against my brothers was super fun even though I didn't know what I was doing at the time.

The only starting tips you need as I dont think they ever told you is the typical starting selling price is 500, a factory can normally make 10 units and OT a factory can make 20.

It's only when I replayed the game on emulators when the internet got up and running I understood it all. If you can a big bull market years later, I was able to sell all my goods for $2000.

Funny thing was the manual. They knew there were bugs in the game where it would dump you to a kill screen. It would happen if you played a a game too long (too many years). So in the manual they even brought it up. lol

Those saying Xcom Enemy unknown(one of the best games ever) need to go play Enemy Within. The same goes for X2 where War of the chosen was better.

As for RTS there is no other answer than CoH. None.

The Day of Sagittarius III.
N

Command and Conquer Franchise and Starcraft Franchise have to be top 2 for me. Red Alert the original is STILL my favorite strategy game of all time
Last edited: Jun 20, 2021 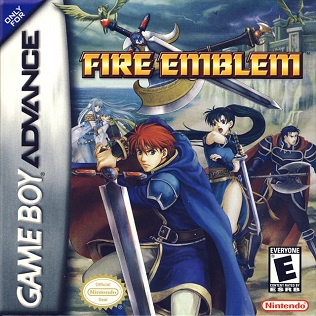 Poll is shit. Separating civ games instead of just saying civ divides that vote as people have preferences depending on how old and which ones were played.

Also these are different types of games, civ and homm(not even on thr poll, instant fail), gal civ, etc are turn based strategy or 4x games, Rome total war is real time with turn based, command and conquer and age of empire are more localized individual units and also real time strategy. You also have games like eu4, hearts of iron, crusader kings, stelaris that are real time with pause on a massive scale.

That's not even getting into console style games like final fantasy tactics, ogre tactics, disgaea (not on here), advance war, fire emblem, all turn based strategy but down to individual units not nations or larger scope.

Plus people who never played pc strategy games are always going to choose the console games and vs versa. A real poll would be best strategy game from x genre/sub genre. Plus many great games are excluded.
M

I played C&C but I should check out Red Alert sometime.

Some good games with on the list, but there's not a single Paradox Interactive game on there.

From the list I would say Civ2, but my vote would go to Europa Universalis 3 which is probably my most played strategy game of all time. Hearts of Iron 2 in close second place.

Ballthyrm said:
Strategy in the title, OP put a ton of tactics game in the list.

All of the following, I would consider to be mainly Tactics games:

In Tactics the big difference is that you are mostly working with what you've got to achieve a specific end.
Whereas in Strategy you are building something that you'll later use in multiple ways.

Tactical games tend to be built with some way of accomplishing a set goal and some sense of Fairness.
Whereas in Strategy game you are playing to give yourself an unfair advantage as much as possible in order to win.

And Pikmin is neither a Tactics or a Strategy game. It's a puzzle game disguised as a Tactics game.
Click to expand...

Wow wow wow, hold on here, I agree with your idea of tactics games, but strategy games are mostly games that involve thinking and planning, and Pikmin and Company of Heroes certainly fit that bill, the more strategic you are in those games the better you do, why don't you view them as strategy, CoH as a tactics game?
N

No Dune 2? I am reading the books at the moment and am wishing this game would get a remaster/reboot.

The Civilization series are the best strategy games ever made for sure.
Last edited: Jun 20, 2021
Reactions: ZywyPL

I voted for AoE II, because for several years I knew multiple people that still played it. A lot of them weren't even RTS fans of any form. But that game hit them in a way that was really special. I think second for me is probably C&C or C&C Red Alert.

Out of all of those games?

Rome Total War. It's not even close either.

Total Annihilation is missing. "Other" then.
Reactions: Codeblew

Depends on if we're talking about RTS or Grand Strategy. For me personally is most of the Total War series, AOE, AOM and the Paradox games since they've monopolized that genre and schtick. Haven't played any Civilization game yet though.

zcaa0g said:
Total Annihilation is missing. "Other" then.
Click to expand...

This for me as well.
S

Fire Emblem for the GBA, the first one launched in North America.

Played almost all the fire emblems since and haven't been able to recapture the feel of that one.
S

Came here to be sad that nobody mentioned one of the strategy OGs...Shining Force. Also, Ogre battle belongs on this list I think?
D

Age of Empires II. It may not be the technically the best/complex strategy game ever, but surely the one that gave me the countless hours of pure fun. Its probably in my top 5 games of all time.

I voted advance wars. It's simple and like this that way.

It's crazy when an old thread is bumped, you can see so many banned members

Rind of Red or Operation Darkness

Shining Force was the first and only game I gave up a night of sleep to keep playing through. 2 and 3 are perfect sequels too. After them I would have to say FFT and Ogre Battle were both amazing. Tactics is still my favorite FF game. SC 1 was my first taste of mp RTS, and it got me sucked in till WC3. Red Alert 2 gets a strong honorable mention for RTS, so fast and crazy even when playing against the cpu.
D

Starcraft 2 Broodwar.
There was a point in time that I lived and breathed this damn game and friends and coworkers would discuss build orders.
Nowadays no one at my work talks about video games.

Age of Empires 2 is the GOAT. The remaster is excellent.

My favorite C&C games were Tiberian Sun and Generals

Others I liked a lot were Ground Control, Homeworld, Civ and


The game that console wars are actually based on.
Reactions: Tschumi

Bryank75 I'm glad someone else has Ground Control in their heart.. i adore GC... GC2 not bad.. descendant World in Conflict fucking incredible... I liked TA tons as a kid but i find it janky these days, and i could never get into Supreme Commander or its expack or whatever it is
Last edited: Oct 5, 2021
Reactions: Hnjohngalt and Bryank75

Starcraft1 would had been my GOTF if it allowed more units. That 200 max units, forced games to be too fast. I wish the remake added more but Blizzard gonna be like that. I still would hoist Rise of Nations over most on that list. The options and play mechanics are sublime. I also liked the 10 sec pause mechanics you can use for tactical offenses or defenses. It was more strat and tactics than most RTS games before it. Plus the single player risk lite part was awesome.
You must log in or register to reply here.

Aug 13, 2021 started kingfey
Sep 7, 2021
fersnake
2 3
We are living in the lamest of times, a look at the completely insane videogame evolution of older days