Didnt realize the direct was live. That stealth drop.

OH MY GOD IT'S HAPPENING 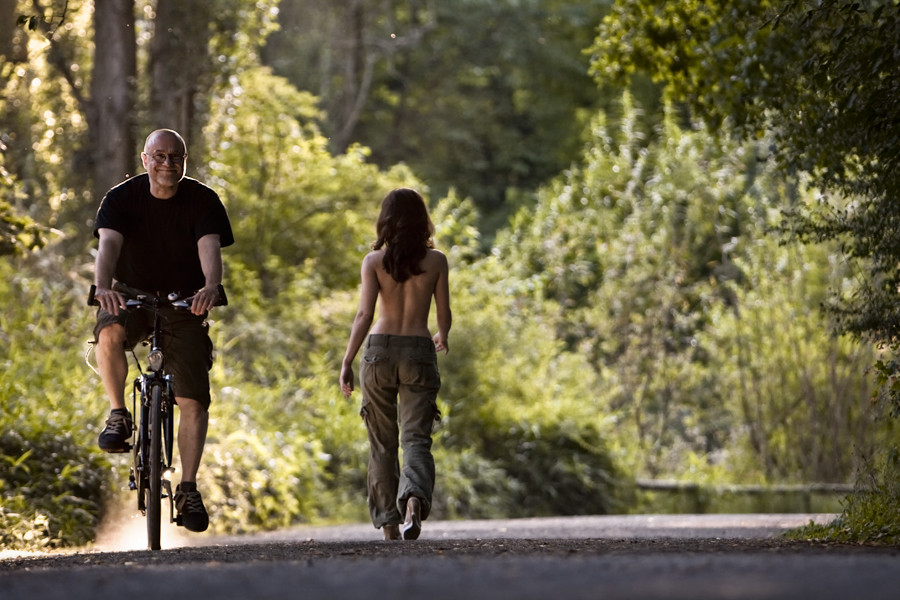 Reactions: Hero of Spielberg, Barakov, ultrazilla and 7 others

The shit is real.
Reactions: HotPocket69 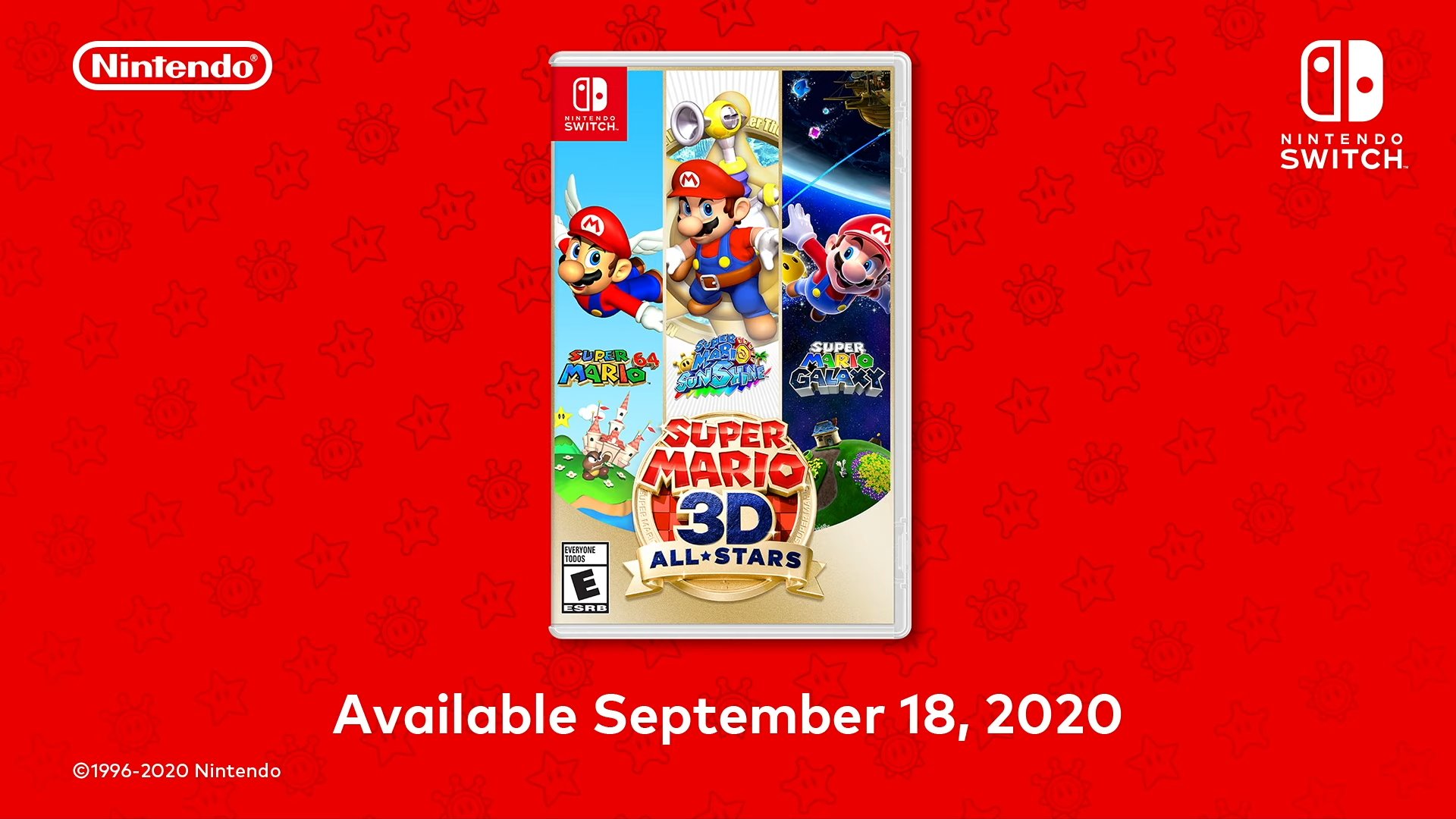 This is exactly the kind of output I was expecting when you consolidated your handheld and home console divisions.
Last edited: Sep 3, 2020
Reactions: Trab-Pu-Kcip, LuisBell, The Scrivener and 5 others

Would have liked something more than ports though, just saying
Last edited: Sep 3, 2020
Reactions: poodaddy

parathod said:
A limited production of Super Mario 3D All-Stars launches exclusively for the Nintendo Switch family of systems on Sept. 18 and will be available until approximately March 31, 2021.
Click to expand...

Why limited? That makes absolutely no sense. Am I missing something?
Reactions: Trab-Pu-Kcip and RNG

3D World getting some love is overdue. It shouldn’t have had to live isolated on Wii U for this long.

But all-in-all, basically what you’d expect. Not really interested in repurchasing these games again, but won’t fault those who do.
Reactions: hariseldon

Price is insane.
Reactions: Shaqazooloo, jaysius and The Scrivener
X

I haven’t been so happy with a Nintendo announcement in years.

As a Wii U owner, once again, there is nothing for me here.
Reactions: Trab-Pu-Kcip

Lmao it's just a dumb port. Not even a 60 fps boost for Sunshine probably. And no Galaxy 2. What a shitshow.
Reactions: Trab-Pu-Kcip, iSupremacyX, xMagnesD3x and 2 others

Did they say the 3D Collection was 60?

TLZ said:
WHAT THE SHIT

Lol i told you all for months Galaxy was included
Reactions: hariseldon and TLZ

Uhh that 3D All Stars thing is some lazy bullshit. The games aren't remastered, 64 doesn't even have the DS features/enhancements and no Galaxy 2? Also that Battle Royale thing looks cool why would they make it a limited thing?
Oh well we're getting Mario All Stars today so still a good day.

We need an OG MARIO ALL STARS thread

Gonna be all over that later today

Jooxed said:
Lol i told you all for months Galaxy was included
Click to expand...

you come in threads spouting off cryptic clues like you know shit, when you're just regurgitating the latest rumours everyone else knows
Reactions: Fake, bullnoi, ExpandKong and 1 other person

That’s my birthday.
Reactions: The Scrivener, Macapala and HotPocket69

you come in threads spouting off cryptic clues like you know shit, when you're just regurgitating the latest rumours everyone else knows
Click to expand...

is it LARPING if I have stated I bring the info here from Nate/Grubb/Zhuge. Get a life nerd.

Weird to see Galaxy 2 not included? I could have sworn that some of the footage was from it (but it has been a long time). I feel like stopping short of a game that runs on the same engine, looks almost exactly the same, builds on everything the original did, and is almost as beloved as it’s predecessor, with debates between the two to this day, is a bit questionable.

At this point, Galaxy 1 without it’s companion piece is a bit like Oreos without milk. You’re still happy to have a delicious Oreo, and they made their name as a snack before people started dunking them in milk, but something’s missing. Particularly given we’ll probably never have a chance for an official modern release of this game again.

Of course, I’m skipping the obvious, that the three of them back in action, portable, and looking this amazing, is a blessing itself, but that’s going to be a common theme in here. It is wonderful to not only have SM64 on this system, but for SMS and Galaxy to have their first encore performance.
Reactions: MiyazakiHatesKojima and InterMusketeer

I am beginning to wonder if Nintendo expects all of their fans to have Alzheimers based on all how often they keep releasing the same shit each generation.

But wait. Why no Galaxy 2?? And why's it a limited run??
Reactions: Barakov, poodaddy, jaysius and 2 others

Worthy but the omission of galaxy 2 is GLARING

they gotta clarify plans for that game in HD
Reactions: jaysius, Shifty1897 and -Arcadia-
F

Jooxed said:
is it LARPING if I have stated I bring the info here from Nate/Grubb/Zhuge. Get a life nerd.
Click to expand...

yes it's larping. everyone's able to go on youtube themselves. you're not providing any value, just acting smug like you're an insider

I wish Nintendo game prices were lower, but keep in mind you'll be able to resell the physical copy of this at close or potentially even more than full price. It's a limited release.
S

you come in threads spouting off cryptic clues like you know shit, when you're just regurgitating the latest rumours everyone else knows
Click to expand...

I’m super excited about Mario 3D all stars, but why no SMG2?

Touch fuzZy. get BizZay said:
Worthy but the omission of galaxy 2 is GLARING

they gotta clarify plans for that game in HD
Click to expand...

I guess is because Galaxy have the Wii reputation more than Galaxy 2, so I kinda understand their point. Is like instead of porting Mario 64, port Mario 64DS.
Reactions: jaysius

I want that Game and Watch, and I'll probably get the package for Sunshine and Galaxy.

I already have SM3DW on my Wii U so eh.

No galaxy 2 and limited run on the game is insanely ridiculous. Plus that battle royale game is also a limited time game to play. Seriously, I have no idea what Nintendo is thinking here. What should’ve been a great announcement has kinda been soured I feel.

Sucks that that Mario 35 Battle Royale is a limited time too. Only til March 2021? What the fuck? Just keep it going like Tetris 99.

Well at least they are giving us Mario all stars on the SNES online service instead of charging us $50 like they did on the Wii for the exact same rom
Reactions: Ailynn

HotPocket69 said:
Sucks that that Mario 35 Battle Royale is a limited time too. Only til March 2021? What the fuck? Just keep it going like Tetris 99.
Click to expand...

Yeah that sucks. This is going to be loads of fun.

I missed the price. Someone have it?

I looking foward the 3D collection and Mario 3D World from Wii U.

Strange that the rumours about remasters and remakes were wrong.

Why Galaxy 2 was missing from the clip show?

Will be buying the 3D collection for sure.

Mine!
You must log in or register to reply here.