Opinion Analysis How Ratchet & Clank (2002) got early 2000s edge right, and were the new games lack regarding that

Throughout the 2000s, there was a trend to make video games, darker, edgier, and more sophisticated. Gamers were getting older, so publishers and executives thought that their games needed to age up with their audience. I've already talked about how Naughty Dog darkened up the sequel to Jak & Daxter with Jak II. But the companion series to Jak on the PS2 In my opinion, took a much more tasteful approach to the early 2000s edginess trend, that being Insomniac Games' Ratchet & Clank.

Insomniac got its start with PlayStation by developing the popular Spyro the Dragon series on the PS1. Like Crash Bandicoot, Spyro was part of a publishing deal between Universal Interactive Studios and Sony Computer Entertainment. Sony would publish the games as PlayStation exclusives, while Universal would own the characters, and handle the production aspects. When that deal was set to expire by the time the PlayStation 2 arrived allowing Crash and Spyro to go multiplatform, Insomniac quickly needed to create a new mascot platformer to replace Spyro for the next generation. After a scrapped prototype about a Girl with a Stick, the Ratchet & Clank we know was conceived.

Ratchet & Clank is one of Sony's longest running PlayStation franchises, spanning numerous sequels and spin-offs across all subsequent PlayStations to date, including a remake of the original game on PS4 (I'll get to that in a little bit). Unlike Spyro, Insomniac wanted to go in an opposite direction with Ratchet & Clank. The audience playing platformers were getting older now, so the 8 year olds who loved the original Spyro games on PS1, were now angsty 12 year olds who thought they were too old for the genre. Enter the main gimmick of the series, crazy, destructive weapons that blow up enemies in a variety of ways. With the gameplay premise established, a character and story needed to be crafted to go along with this concept. Instead of a plucky young Dragon who collects gems in a Fairy Tale kingdom, you now have a jerkass Space Cat and a idealistic Robot tearing shit up in a janky galaxy filled with equally jerkass inhabitants.

That's sounds cringy when I describe it, but unlike Jak II, Ratchet's edginess never felt forced, or focus-tested for maximum bad-assery. It didn't need swearing or scantly clad characters to appeal to an older demographic. Instead, the game's edge came from a clever sense of self-aware cynicism and biting social-commentary on consumerism. It was this subtly dark bent combined with its fun blend of platforming and third person shooting that made Ratchet a hit with Kids who felt like they were outgrowing the Spyro series, while also being a fun game that anybody can enjoy first and foremost as well. It's one of the few games of the era that did the early 2000s style of edginess really, really well, without feeling dated or cringy like many other games that did it from this era, including Jak II. Ratchet was your typical Post-Sonic cocky protagonist who slowly learns that lives at stake are far bigger than his own selfish problems.

As the series progressed however, the style and themes of the original game, were slowly becoming lost. The rough edges of the characters and setting that gave Ratchet its sharp older-skewing tone were being smoothed out game after game into shiny, obnoxious kiddie fare, which the original games were designed to be the anti-thesis of.

That brings us to the PS4 remake of the original, and its Movie tie-in. This is where the problems with the recent Ratchet games came to a head. The PS4 game is by no means bad or awful. But thematically, it's a far cry from the dirty, grungy cynicism the game its based on reviled in. Instead of a selfish asshole who wants nothing to do with his adventure, Ratchet's now a bland, goody-two-shoes underdog who's only motivation is to "become a hero". Clank is equally as bland, never really contrasting or disagreeing with Ratchet at any point, the duo rarely even talk to each other in the game either. The gritty and grimy, nuts & bots, techno aesthetic of the original was completely jettisoned in favor of slick, glitzy, post-modern sci-fi visuals. The sharp, satirical humor of the original was replaced with over-the-top, "LOL RANDAM" humor that never shuts up. And the themes of consumerism and learning to accept the bigger picture are gone, now replaced by... TBH, I don't know what new themes this game is trying to convey. Just compare the cutscenes of the original, with the cutscenes of the remake. For a console capable of more complex and detailed facial animations, it's impressive how stilted and lifeless the PS4 games' cutscenes are VS. a PS2 game that came out in 2002.

The PS4 Ratchet is not an edgy platformer aimed at teenagers who think they've outgrown platformers. It's just a generic, noisy children's game, the exact opposite of what the series was originally going for. Granted, a lot of this has to do with it being stuck to following the tone and style of the movie that came out around the same time. But I'm not sure how different the game would've been even if there was no movie, as the tone of Ratchet & Clank was gradually being watered down for a while now. Hopefully with a new Ratchet game, Insomniac goes back to the original tone and aesthetic that defined the PS2 trilogy.
Last edited: May 25, 2020
Reactions: -Arcadia- and unintelligent orange
U

You've pretty much summed up what I (dishearteningly) think about this series as a whole. The original reasons I liked the series is no longer what it is today, aside from I guess how the general gameplay might play. Really wish Insomniac would just go back to the original R&C style as it was DAMN unique.

One thing that always kind of annoys me is how they replaced David Bergeaud's awesome techno orchestral music that you find in the first 5 games with bland boring orchestral focused music by some other guy. David literally was the sound of R&C. Newer R&C games just.. feel so wrong, like they're an imposter trying to be R&C (yet they're a far cry from it).

Another thing that annoys me is how everything has to be so damn shiny now because 'its next gen we can do that now'. The darker, more washed out/dull look of the original PS2 games was great for evoking a mood.

In modern R&C games: Where's the cynicism? The edge? The atmosphere? The good, simple story? Why do the characters all suck? Why did it have to go so wrong.
Last edited: May 25, 2020
Reactions: Jubenhimer

unintelligent orange said:
Another thing that annoys me is how everything has to be so damn shiny now because 'its next gen we can do that now'. The darker, more washed out/dull look of the original PS2 games was great for evoking a mood.
Click to expand...

With the PS4 game, I think it's because they needed to stick closely to the look of the film. That's likely why the game is stuck at 30 FPS with motion-blur instead of the 60 FPS of past games. Normally I don't care about framerates, but 30 FPS just doesn't really suit the Ratchet & Clank series. Size Matters at least had the excuse of it being a PSP game, but the PS4 is more than capable of a next-gen Ratchet at 60 FPS. But because of the movie-tie in, we're stuck with this pretty, but impractical framerate.
M

For me the big problem is how they turned the series into kiddy games. 30 fps is another big issue.

MadViking said:
For me the big problem is how they turned the series into kiddy games.
Click to expand...

I mean, just looking at the PS2 box art screamed "This ain't your little brother's platformer!" 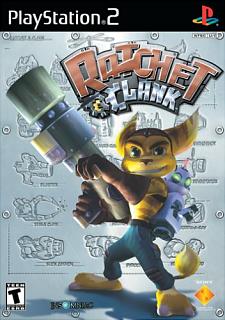 Compared to the PS4 game 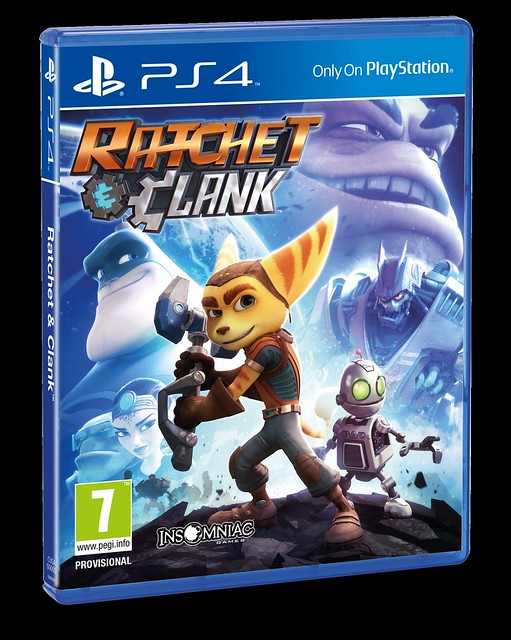 This just looks like any other kids game.
S

MadViking said:
For me the big problem is how they turned the series into kiddy games. 30 fps is another big issue.
Click to expand...

That was a disappointing declaration, maybe if it was a couple years later when 60fps became a strong topic it would have gone differently. I think the Ratchet titles played so well partly because of smooth 60fps gameplay. I've not played a 30fps one, but it must be noticeably different.
You must log in or register to reply here.

On the PS2, were you Team Jak and Daxter or Team Ratchet and Clank?