CloudNull said:
Eternal Darkness. I still remember the first time I tried to shoo a fly off the screen.
Click to expand...

Nothing like suddenly walking through the staircase into an empty space, thinking the game is bugged, and restarting the system, only to find out the game is fucking with you.

I had the pleasure of playing it without knowing about the insanity system, it was glorious.

Jesus Christ. And Nintendo has chosen to abandon this? fucking madness, it makes every other race look like shit on a stick.

The boiler room in Resident Evil 4. When this came out, these graphics were just mind blowing. I would go RE4 as best looking GC game.

edit: Actually, I don't know anymore. It would be a toss up between it and F-Zero GX.

Rogue Squadron 1+2.
RE4.
Metroid Prime 2.
F-Zero GX.
People think Prime1 looks good but the second game smokes it.
F-Zero is also good and to this day is probably the fastest racing game (GranTurismo comes close with the fictional prototype hyper cars).
Rogue Squadron games were pushing the GC to its limits with those insane poly counts.

The Rogue Squadron games and F-Zero made that console worth the money. I can't help but feel like people would have taken it more seriously if it had a more mainstream controller and they would have left that stupid handle off. Lack of DVD is probably what really killed it.

Except Extreme-G 2 (loved that game)

I just got done replaying it for the first time in probably a decade. Yeah it looks really nice. There are times when the amount of characters (polygon billboards) on screen are kind of insane. Huge detail jump over the original (which is one of if not THE best aged 64 game) at 60fps. Some environments look really pretty like the boggly tree. Many environments do actually, great use of color all round.

Wouldn't call it the most advanced game on the cube for obvious reasons as its style is on the simple side, but it deserves more attention than some others that get mentioned. Certainly more than something like Eternal darkness.

I remember the guy at GameStop telling me that the PS2 version of RE4 had better graphics because "it's the PS2" little did he know.

No other game in any system looked as good as RE4 when it came out.
T

I was almost going to call this fake until they showed FZero GX at the end. I cant believe how poorly that game sold.
C

Kuranghi said:
Are you trying to tell me this fella/fellette aren't appealing to you?: 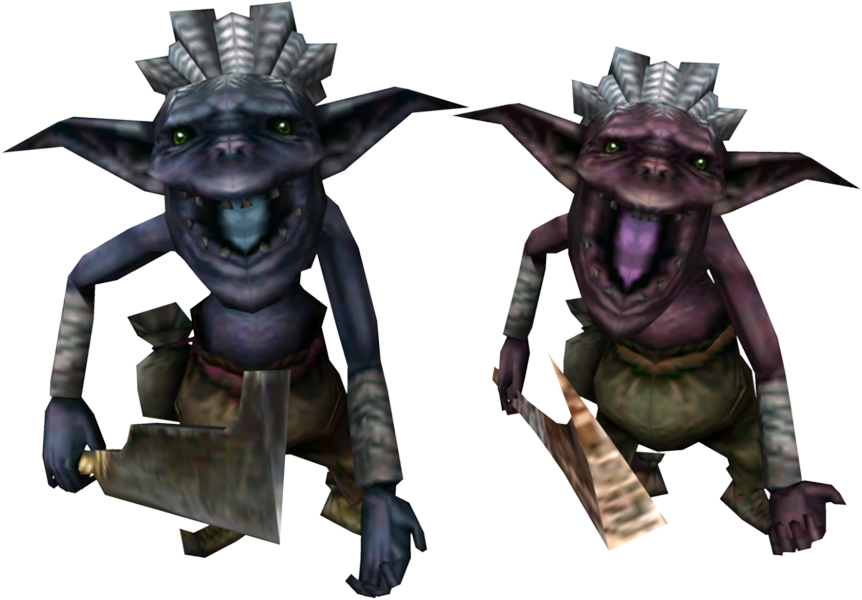 Those are nice BotW models but I think he wanted TP?

TWW, MP, Gladius, RE4, F-Zero, SSX3... Metal Arms: Glitch in the System had the highest poly count of all versions, from memory.. rogue Squadron and Rogue Leader

Even when i was a dumb kid i thought pn03 was shallow crappy crap...

skit_data said:
Metroid Prime still looks great. Nothing more to say. The reflections in the visor, the water droplets. Everything has aged remarkably well.

Starfox Adventures blew my mind back then. The fuzz on Fox’s tail and body. And the WATER! It was the first game I saw that made me go ”that looks like real water”. 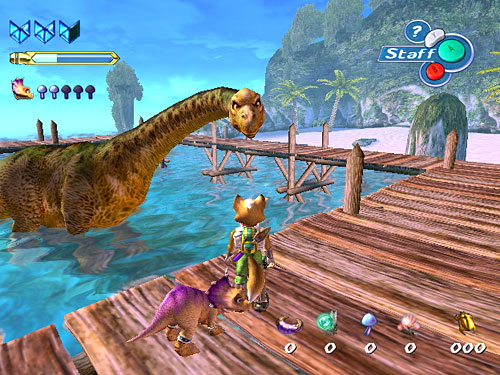 Was going to say the same thing. The fur shader and the water effects were top notch back then.
S

It's certainly a great-looking game, it even had 60 FPS... but it's really just a mediocre at best Zelda clone with shit combat and it's sad that they shoehorned the StarFox IP in favor of a new IP. The game suffers hard as a result of being a StarFox game. This should've stayed Dinosaur Planet. Would've been a much better game.

My launch game was rogue squadron II and I was, of course, blown away by this qjality at 60 fps, coming from these 15-20 fps games on n64 with fog and low res textures. But before that I remember briefly playing Luigi's mansion at a store and being blown away particulary at this cutscene where luigi tries to open a door but it's locked. At this moment the camera goes close to the doorknob. And I remember telling myself in my head: "Wow it looks like a pixar movie".

Id say bloody roar, for a launch game it blew me away just like halo did for og xbox

Metroid prime. I loved it when Samus would get hit with an energy attack and you'd briefly see the reflection of her face in her suit's visor.

Metroid Prime is so awesome, but so many of the cool effects were removed in the trilogy version though, I really hope they fixed that for the Switch version, full remakes would be the dream if they can't easily fix that but I'm sure they havent done either of those things going by recent efforts:

You miss the water mesh effect, heat haze from the hot air coming off the overused arm cannon, the ice building up, its not just one or two things, they couldn't port over so much of what made it special to me.

edit - I just read some (many?) of these effects were added into the PAL version, so maybe you've never seen them if you played the NTSC version, really great stuff that adds to the atmosphere so much for me. Apparently, the reason they didn't port those effects was because on Wii the arm moves and its a SS effect so they would have to recreate the whole effect in 3D and they didnt have the time/budget for it.

In fairness I thought Link's Awakening was a really beautiful remake so theres hope, I don't want Metroid Prime to be chibi though lol.
Last edited: Jul 2, 2021

Rare were development geniuses. Even if their gameplay decisions are questionable at times. between this, conker looking like a legit 360 game at times on the og xbox, kameo as a launch title and how damn beautiful the water is in Kinect sports and sea of thieves…it’s like, how the hell do they do this?
You must log in or register to reply here.

Oddvintagechap replied
May 13, 2021
The Xbox and Gamecube were very close in the US, did the Xbox have the better games? Or did Nintendo destroy consumer confidence?
2 3