Social Opinion Retro You have a one-way time machine. Which gaming era would you go to?

It's the super GaaS future.
It's like the movie in time

But instead of time it's all based on Tencent Social Credit points.
Reactions: Airbus Jr, Zannegan and Three

I'd want to move forward not back... assuming we don't nuke ourselves out of existence or (more likely) fall under totalitarian regimes that dictate our play time and what games can be made. Pessimism and paranoia aside, I'd love to see what happens when we have lightweight, mobile VR and AR setups.

Likely, all of this is the "flying car" of the 60s, and gaming' future will be much more mundane (and filled with MTX) than I like to imagine. But if worst comes to worst, I'd at least get to go back and pick the best games of the past few decades to play on my Steam Holowatch or whatever.

I would probably go back to the SNES/Genesis era but with some kind of plan to make the Super Nintendo Play Station happen. I'm not saying it would have been necessarily great but I would love to see what would've happen to the industry if that add on was released and by extention, if Nintendo and Sony truely collaborated.

I will stay in this era. The future is nope. I can smell MTX games miles away. The past is nope, because i will miss these awesome games.
Reactions: Airbus Jr

1 million years ahead and then emulate all the past gens.
N

"You have a one-way time machine"

Gimme back the arcade scene. Fuck the consoles.

It is THE best reason to visit Japan. Arcades are very much still alive there.
Last edited: Jul 26, 2021

Whenever I can easily buy a game that makes me filthy rich in the future.

Last gen where you really needed all the consoles to get everything.

The survival horror genre as we used to know it was born, JRPGs were still really good, most of the big multiplayer games that my group played religiously were from this era, and the arcade scene was still awesome. A lot of experimentation and innovation was going on while still releasing super polished and refined titles from older genres/franchises.

Just fast forward me to my retirement years. I'll play everything thats available then.

Im not interested going back to the past
Last edited: Jul 26, 2021
Reactions: Kenpachii

To the day I got married, so as to rectify that mistake

FF me to a future where BCI technology like the Nerve Gear is perfected and accesible to everybody. 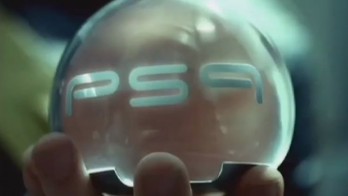 I remember the SNES launch might, but TBH, I'm happy being on the cusp of Elden Ring. No series has every captured every facet of gaming for me like Soulsiro.

Soulsiro aside, probably PS2,XBX,GC because there were single player games aplenty. Metal Gear, Half Life, FEAR, Halo CE, GTA3,VC and SA, the great stuff coming out on GC etc. PS360 was kinda the start of the dumpster fire. Outside of a few exceptions this gen I basically play Soulsiro series between the far and few between SP games that come out. Isometric indie darlings are just as bad for me as Avengers Creed drivel. But FROM Soft really makes up for it.

I would really love to experience the 90's. Particularly the SNES and N64 era. Being born in 1997 means I pretty much missed out on that era of gaming. I still grew up with those consoles as they were handed down to me by my parents and older siblings, but that was already in the 00's. Well after the systems were dead.

That era has always fascinated me. Kinda wish I was a bit older so I could've experienced it, but I'm still glad I'm pretty young regardless.

Haggard said:
I would jump forward to whatever era would offer "Ready Player One" VR tech.
Click to expand...

I don't understand why anyone would go backwards. It's not as if you can't play all those old games in the year 21xx

To the future when Holodecks are a thing (and affordable!), or at least when VR/AR is a thin pair of shades and utterly convincing!

If I can't go forward, then now I guess, we get all of the old games and current. I grew up in gaming from the late 70's (with my dads Atari 400), all the way through the 80's, 90's etc, I've seen it all and it was pretty darn great to see how quickly it progressed, like no other industry! I was also a gamer long before it was the popular thing to do, an actual nerd, not like so many pretenders nowadays (none like that here I'm sure). There was a real stigma attached to being a hardcore gamer at one time that wouldn't even enter into peoples minds now...

97! This year started it all for me. 5th gen with N64/PS, the end of the 90's were on another level going straight into the 6th gen with Dreamcast/PS2/Xbox/Gamecube - what a wonderful time to be alive.

Straight to the matrix.
You must log in or register to reply here.

Drama Serious question for Nintendo fans: What's the thing that makes you to be excited about Nintendo nowadays?