I know, yet another CDPR/CP77 thread, but hear me out, I had an eureka moment while talking to a friend.

Release CP77? check
Expansion of core franchises? check (clothing, edgerunners netflix show could fall into this category too I think)
Marketing and support? not sure about the support, but I still see new Witcher branded clothes in stores, so check
Expansion of CDPR? fucking check
Local branches? I guess yeah, since now they are divided into CDPR Kraków, CDPR Wrocław etc.

The only point clearly left unchecked is "Release of another AAA RPG title". First idea was new Witcher game, but that's not happening within the next 12 months. Also we can rule out Thronebreaker to be that game, because CDPR confirmed it's not - it was planned to be a Gwent expansion that simply got too big, so they released it as a separate game (standalone expansion, let's say). Then we got Cyberpunk Multiplayer game, but that's confirmed to not come before 2022... so here's what I thought: there is no way they can make a game in a year, since every other CDPR game took them around 4 years to produce and they still have to focus on fixing CP77, releasing patches, dlcs and expansions for it... the only thing they could do is release the same game again... of course "GOTY edition"/"Enhanced Edition" wouldn't count as an "another" title, but... Cyberpunk 2077 VR - same game, can be made "quickly" after flat CP77 is patched up and it's different enough to be a separate release. The game is already in FPP, so that helps a lot with the conversion I believe. What's intersting, in polish language they specifically say "Premiera kolejnej gry fabularnej (RPG) kategorii AAA.", which rougly means "Release the next story based AAA game (RPG)", so that's another reason why I don't think it's gonna be Cyberpunk Multiplayer (also, another one interesting detail - Cyberpunk 2077 credits section has "Multiplayer" section, even though the game is fully single player experience).

Second option could be a new game from CD Projekt Wrocław, but here is why I believe it's not: CDP acquired a studio Strange New Things (Wayback Machine link) and rebranded them to CD Projekt RED Wrocław. The studio previously was working on their first AAA game (Wayback Machine link), but since the acquisition, CD Projekt RED said that this new studio will take care of developing Gwent and will help with Cyberpunk development - this studio has only 18 programmers. Seems to me like a perfect studio for porting a released game to VR. In reality, we don't know if their game got cancelled or not, but CDPR says they are focusing only on two franchises - The Witcher and Cyberpunk, so it seems like that game will never see the light of day. Though apparently they are developing Cyberpunk Online game.

Third option, which I don't believe at all is a game from Spokko, a studio partially owned by CD Projekt. They are currently developing The Witcher: Monster Slayer for mobiles. I don't know if there is many (if any) AAA games on mobile devices and I'm not sure if this game is gonna be one either, it's more of a Pokemon GO inspired game, but with "console-like graphics", so who knows. I think I also heard something about Cyberpunk mobile game, but I can't find any reliable source for that, so maybe it's just my imagination.

Of course plans can change and that 2017-2021 strategy might get changed, but it's still online on CD Projekt's website and last year we heard that they are still sticking to it.

I think that's all I had on my mind, hopefully I didn't miss anything important.

tl;dr: imo next CDPR game, releasing within 12 months (if their busisness strategy didn't change) is Cyberpunk 2077 VR, but also I can be full of shit, it's just a theory, A GAME THEORY.

What do you think?
L

Yes, but they have more than 1 office and Michał Nowakowski (CD Projekt Publishing Head) said: "2021 appears unlikely as a release date for the Cyberpunk multiplayer" (and that was before the 2 last delays, when the game was still supposed to be released in September), it's more of a late 2022 title, might even fall into 2023.
Last edited: Dec 13, 2020

Mhmmm 2077 said:
Yes, but they have more than 1 office and Michał Nowakowski (CD Projekt Publishing Head) said: "2021 appears unlikely as a release date for the Cyberpunk multiplayer" (and that was before the 2 last delays, when the game was still supposed to be released in September), it's more of a late 2022 title, might even fall into 2023.
Click to expand...

I don't think they're working on a VR game.

CDPR other offices are much smaller in size than their Warsaw offices and serves as a support studios. They're probably working on expansions to 2077 and fixing bugs right now. Spokko was estabilished with mobile games in mind.

The other Cyberpunk game is most probably Cyberpunk Online. It was initially supposed to be a online component, but it apparently morphed into it's own thing. The second AAA RPG they just started working is apparently set in The Witcher universe. I wouldn't expect to see it soon though.

I think the next actual game, not a MP expansion, will be a return to something they are comfortable with. The Witcher.

There aren't motives to invest in VR, so I don't think they will. 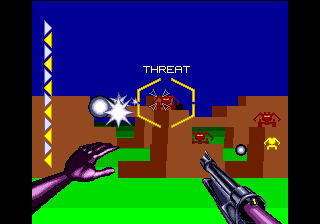 Yeah, not believing that shit unless it's verified in some way.
You must log in or register to reply here.

Opinion: Cyberpunk 2077 is one of the most DISAPPOINTING games ever!