Six minutes of raw gameplay coming from the highly controversial remake The Last of Us Part 1 by Naughty Dog has leaked earlier last night.

The footage in question has put some of the biggest TLOU stans to the test by showcasing a number of significant albeit somehow invisible-looking gameplay improvements made to the title, as promised in Part 1 premiere Naughty Dog press release blog post.


Unsurprisingly, a shitstorm of large proportions is now live in progress on Twitter and across most known videogame connoisseur message boards.


No other franchise has inspired such volumes of well-mannered, cultural debate over the years, and from the looks of things, we're still slow-walking through the prologue of this epic journey.

How about let's think about the FUTURE - PREDICT and RATE some of the impending shit-instigating scenarios that will undoubtedly get this game trending hotter than Abby's burrito.


Pick a side in the poll or just spew it out in the comments, we're all in this together.

Future psychologists are going to have a thesis on the ramifications and disorders this game and dev house has inflicted on the already ill.

I don't get it. just give me the quick rundown - Is Remake good or Remake bad?
J

The story in TLoU was potentially great but it was told in the wrong order, hopefully the HBO show reorganizes the story for the best.

One thing I got out of that test footage of TLoU Part 1 remake was that I really wish Naught Dog would make a non-zombie game with those human opponents, it would potentially be great.

"You know, Ellie, we really never will see the end of The Last of Us threads."

Can't we like merge this into the already 3~ threads for this on the first page ?

I like Neil. I admire that he didnt want to make TLOU2 a traditional copy pasta sequel. But if he wants to go to Hollywood, fine. Let him go. I will watch his stuff because I do believe he's talented but he's clearly holding back ND.

TLOU2 has incredible combat. Amazing visuals. Outstanding animations. And yet Neil's story which was meant to COMPLEMENT the gameplay took over the discourse and the game itself. It's a good experiment but he needs to move on and Hollywood will be the perfect fit for him.

ND has very talented creative writers. Lost Legacy redeemed Sam and Nadine. It had great level design. Best setpiece in Uncharted history. Poignant character driven moments and some of the best ingame banter in the series. A joy to play through. That creative director is back at ND and he's wasting his talent overseeing this dumb remake project that has literally ZERO lines of new dialogue or cutscenes. Why? Because Neil wants to direct the next game and he was too busy writing and directing the tv show for the last two years forcing talented ND devs to work on this underwhelming project.

Neil ruined Uncharted 4. Forced out Amy Henning. And made TLOU2 a chore to play at times. Love what he did with Uncharted 2, TLOU and Left Behind, but he's gotta go. 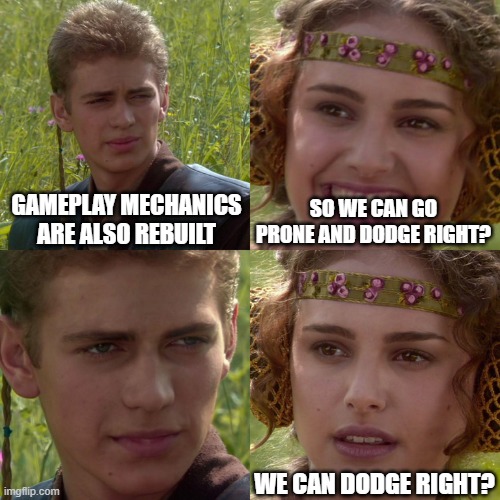 I'm over The Last of Us threads. I voiced my opinion on the leaked footage and I stand by it. I see the graphical upgrade but as someone who was excited to see some mechanics from TLoU Part 2 ported or implemented in some way in the Remake, I am disappointed. I already played through the game on PS3 and PS4 multiple times, so it is not worth $70 in my case because of the natural burnout of playing through it so many times.

It is a gorgeous game but it doesn't justify its asking price in my case.
Last edited: Jul 21, 2022

Regarding the tweets, yeah, it's a Remaster and not a Remake if they used the original code. The only reasons it was called "Remake" were: Marketing and "There was already a Remastered on the market".

But those terms are used very freely and rarely represents the actual product, hell a game can be called a "Remake" and look and play exactly the same if it was literally remade (ala Silent Hill 2 PS3).

I'll get it down the line btw, it's a franchise I've wanted to try even tho I'll probably just like the story and little else.

Still has better melee combat than every game in the genre minus TLOU2.

it's not about Part1, it's about the future!

Bartski said:
it's not about Part1, it's about the future!
Click to expand...

I mean when video game media question the value of your upcoming game, which basically is the only thing they shouldn’t do especially for a platform holder game because they don’t want to burn bridges. When Digital Foundry which technical analysis is their day to day job call your game “redundant” then you really fucked up.

Is it the first time Sony outrageously over valued a game? Nope. Destruction All Stars was planned to be sold at $70. Just think about that.

There seems to be a minority of very vocal and resentful gamers that are critical of anything to do with Naughty Dog ever since TLOU Part II.
It seems that no matter what Naughty Dog does they will always find a reason to be indignant.
The fervent contempt for Neil Druckmann is bizarre, you'd think he goes around killing puppies or something with how obsessed some people are.

Naughty Dog were working on multiple games, including TLOU remake. The notion that resources are being wasted is nonsensical once you realize there are multiple teams.
No one is holding a gun to anyone's head telling them to buy the remake at all, let alone at full MSRP. Just wait for a sale as you would for any other game.
Last edited: Jul 21, 2022

There is only a shit storm with TLOU detractors. As potent as their issues with the game may seem to them, they remain in an echo chamber. Thinking that their voices matter or have resonance.

What a fucking chad.

Pelta88 said:
There is only a shit storm with TLOU detractors. As potent as their issues with the game may seem to them, they remain in an echo chamber. Thinking that their voices matter or have resonance.

Every time we get some new TLOU news.
Click to expand...

Game media is not echo chamber dude. This is bigger than GAF. 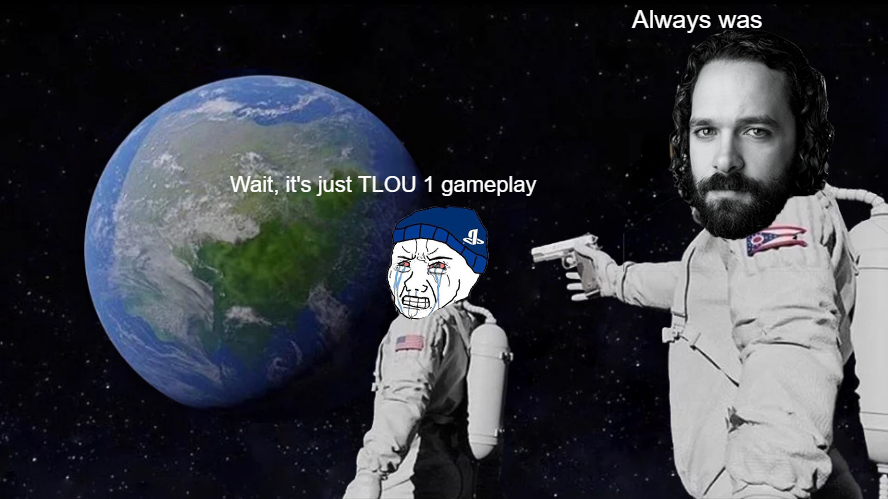 J3nga replied
Apr 8, 2022
Rebuilding The Last of Us Part I: A deep dive into combat, animation, audio and visual changes with Naughty Dog
News 3 4 5 6 7