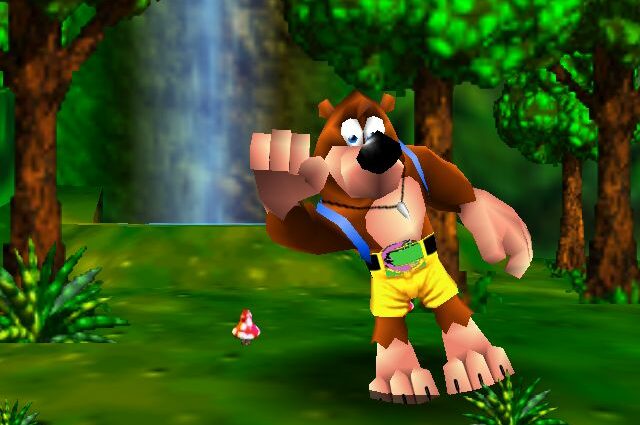 Speaking as part of the latest Kinda Funny Gamescast, Xbox boss Phil Spencer said that being able to track the popularity of older franchises made it easier to justify greenlighting new instalments, such as the upcoming Fable reboot by Playground.

Asked if player data for legacy games on Game Pass incentivises the rebooting of franchises, Spencer said: “Absolutely it does… take Prey, which I think was an amazing game when it came out but a lot of people missed…

“Seeing more people playing something like Prey, or Dishonored or going back to Fable and [that] you can talk about those games, for us as we sit back as a creative organisation and watch what people are interested in, it gives us more data to think about things that we might pick up and take forward with new ideas and new teams that might want to go do that.

“So yeah, Game Pass has definitely been a great source… It was amazing when Bethesda came in and we were able to put so many of the ‘old new’ games into Game Pass and going back with the legacy that we have with some of the IP… even thinking about Rare Replay was a really interesting thing for us to go do and letting people go and experience some of the old Rare IP.”

He added: “We’ll stay on that, because Game Pass gives us a business model where that makes sense. It doesn’t have to be a [game as a service] version of a game, it can just be ‘this game sits there’ and people enjoy it on the service.”

Spencer has already greenlit a number of franchise reboots during his tenure as Microsoft’s head of gaming, including Battletoads, Flight Simulator and the upcoming new instalments of Fable and Perfect Dark.

The exec was also asked about 2015’s Rare Replay collection, and if he’d like to create a similar compilation for another Microsoft studio, and promptly expressed a desire to re-release the games of the now-closed FASA Interactive.

“This is not a preview of something that we’re getting ready to announce but when I think of the work that Jordan Weisman did, when I think of Shadowrun, Crimson [Skies], Mech [Warrior]… there are some fantastic, deep stories and worlds there,” he said.

“We didn’t do a good job as a company managing the FASA acquisition, how that came about and the studio ended up… it was not our best moment as Xbox. But the team there and the creative work that they did with some of those franchises was so strong.

“There are some rights issues with some of those things, but if you ask me flat out if there was a studio in our past that I would love us to be able to open up the catalogue and allow more people play, FASA is definitely at the top of the list for me.”

Can't fool me. I saw the other thread about how rewarding developers for games doing great is actually a bad sign.

I normally don’t like Kinda Funny because of the wokeness of the cast but this one wasn’t bad to listen to because Phil talked about VR, Miyazaki, GamePass, and some other interesting stuff.

"Old" games are actually not that bad as they used to be, especially if you just give them a resolution and frame rate boost. So if you see someone maybe on Youtube talking about an old good game and it's on Gamepass you're going to have a good time, if not better than the original release.

Phil Spencer just gets gaming, he's a gamer and he knows what drives gamers. Quality games spanning a broad diverse range of genre's. That nostalgia angle is actually very true, making a new title in a once popular franchise can draw more people in to Gamepass.

Give me some rebooted FASA titles, oh my God. I played the crap out of Crimson Skies and MechWarrior. ShadowRun is a totally underrated game that has an amazing world and should be brought back

Okay, well then what's the deal with Conker and Banjo. Rare be making all these other crappy games, but no Conker or Banjo.
L

Golgo 13 said:
I normally don’t like Kinda Funny because of the wokeness of the cast but this one wasn’t bad to listen to because Phil talked about VR, Miyazaki, GamePass, and some other interesting stuff.
Click to expand...

Just out of curiosity, what do you consider not being woke?

The past is now.

nush said:
"Old" games are actually not that bad as they used to be, especially if you just give them a resolution and frame rate boost. So if you see someone maybe on Youtube talking about an old good game and it's on Gamepass you're going to have a good time, if not better than the original release.
Click to expand...

I just finished the entirety of the ME Legendary Edition. Sure, there are aspects in all three games that don't hold up now but hot damn did the experience exhilarate me as it did so many years ago. Now that I think about it, I haven't been that invested in an SP game in quite a while before I replayed the trilogy.
T

And digital sales data doesn't provide this because...?
You must log in or register to reply here.

diffusionx replied
Nov 2, 2022
Rumor: Phil Spencer will be at TGS with a new Xbox game announcement.
2 3