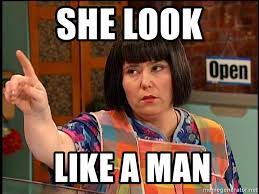 Hmm, I wouldn’t call it ”create” though.
E

Abby was basically Joel in TLOU1 tho except instead of being a lone wolf smuggler she had a community she contributed towards.

If it weren’t for knee jerk reactions, they’d never get any exercise.

She is Joel in the sense that she loses someone she loved, but thats it. You didnt see Joel kill anyone for revenge. Joel didnt want to take Ellie and is literally paid to do it unlike Abby. And when Joel does come around to liking Ellie, it's very late in the game and its clearly due to him seeing her as his daughter. Why is Abby risking her life to save two random strangers? Do they remind her of her dad? It's trash.

Perfect Dark could be a pivotal moment for Xbox I trust they’ll get the main character right.

I hope they don’t fuck this up. Perfect Dark 64 is my best FPS ever played.

For me, the only time I worry about gender fluid is when I get splash back at the pissing troth.

Xbox Boss Phil Spencer Believes There Will Be Fewer Exclusives In The Future, And Not Just For Xbox
Opinion News Business 2 3 4

Eddie-Griffin replied
Nov 18, 2022
People are wrong about Don Mattricks handling of the Xbox One compared to Phil Spencer.
2 3 4