According to the rumors, NVIDIA might be reshaping its roadmap.

It is rumored that NVIDIA might be delaying its multi-chip design known as Hopper to introduce a new monolithic series called Lovelace. There is some confusion around the name, because internally NVIDIA uses ‘ADxxx’ for the GPU codenames, while externally it is rumored to be called Lovelace, named after Ada Lovelace, a British mathematician.

According to @kopite7kimi, NVIDIA might be pushing its Hopper back and it is likely to introduce new Lovelace architecture on 5nm first. At this moment it is unclear who would manufacture the new GPU architecture. Both Samsung and TSMC are already capable of manufacturing 5nm chips.

NVIDIA Hopper is rumored to launch with MCM (multi-chip design), however, it is also unknown whether the architecture is coming to the gaming market, as Hopper based GPUs might be exclusive to the HPC market.

Ada Lovelace had already appeared on the NVIDIA t-shirt known as ‘Company of Heroes’. It is actually a good indicator of who could be the future Hero and end up as a new architecture name for upcoming graphics cards: 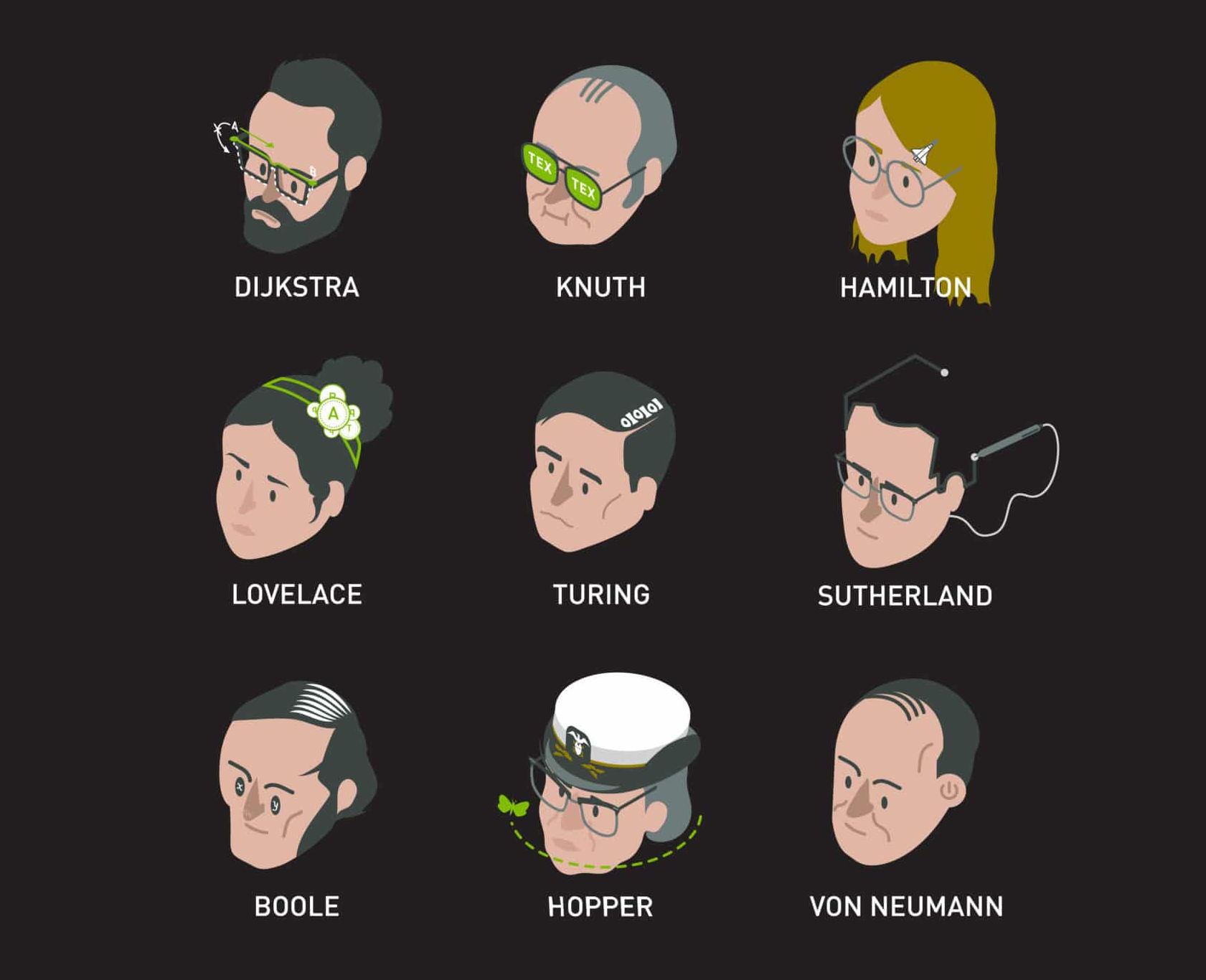 Always felt like we're still too early for MCM, with maybe it only hitting HPC if at all. Will be curious to see whether AMD does it before Nvidia with RDNA3, but we might actually have Intel get there first before either, though again - probably not for us peasants. Going to be great in 5-6 years when we get the 2nd gen after the kinks all get ironed out & right on the cusp of a new console gen too.
Last edited: Dec 21, 2020

They both had the same lack of impact over modern programming, so I have to agree.
Reactions: TeamGhobad
B

A GPU codenamed Ada makes me think about something less focused on games.

They can name it "Captain Kangaroo", as long as they can produce adequate stock. I know, because of Covid, and "They didn't anticipate the demand. (TM)"
Reactions: Boaty McBoatface, DonF and HerjansEagleFeeder

NVIDIA, give me 3080 performance at 150W TDP, I do not want to upgrade my PSU now!
Reactions: Area61, HerjansEagleFeeder and DGrayson

really a new architecture? nvidia can not even sell in quantity the old (fantastic) architecture... or for that matter the new gpu’s are not even available for retail purchase...
why do you need to go to a ”dark alley in the bad part of town” lol, to buy the card from a side-hustling operator just to get 700 dollar card that is the. marked up to 1000 dollars?
Last edited: Dec 21, 2020

The 2025-2026 architecture is called Belle Knox. Which I thought was obscure.
Reactions: drotahorror

It was the work of other people such as her contemporary George Boole that created the building blocks of software as we know it.
Reactions: Andodalf

It was the work of other people such as her contemporary George Boole that created the building blocks of software as we know it.
Click to expand...

Ok.... what does that have anything to do with anything?
C

Lister said:
Ok.... what does that have anything to do with anything?
Click to expand...

She's not the same league with everyone else in that list, and as such a poor name.
Reactions: Andodalf

It was the work of other people such as her contemporary George Boole that created the building blocks of software as we know it.
Click to expand...

The "controversy" section in the Wikipedia article on Ada Lovelace is quite substantive. Quite a number of people have convincing arguments why Ada Lovelace wasn't the world's first programmer but Charles Babbage was. That would much sense because I fail to see how Babbage could invent the first mechanical computer without at the same time coming up up with code that could run on his invention. The whole point of the Difference Engine was to run code and its inventor knew how to program it, otherwise he wouldn't have been able to create a working computer in the first place.
Reactions: disap.ed and AquaticSquirrel

Why did I think this was a Resident Evil character?

ColdAfternoon said:
She's not the same league with everyone else in that list, and as such a poor name.
Click to expand...

Ok, you still lost me man.

Looking at the controversies section in Wikipedia, it's possible that her main contribution was to publicizing Babbage's work, and not necessarily to make contribution to the field of programming. So you MIGHT have a point if this list was titled: "Lead contributors to modern computational science" Or something along those lines.

But again, I see zero point to your comment given that this list might as well be titled: "List of Arbitrary people's names with some relationship to computer science, to be used as GPU architecture short-hand (and for marketing purposes) by x corporation."

Maybe she was first QA? She did find a bug in one of Babage's programs. Which he probably marked as "shippable".
Last edited: Dec 21, 2020

Didn't Apple buy up some god awful amount of the 5nm capacity? I'm kinda worried that we're stuck with supply shortages for the foreseeable future because the industry has a really terrible capacity problem.
You must log in or register to reply here.