Bioware and EA made up their minds with ME2 and decided to basically put ME1 on steroids'.

Once again you play as Commander Shepard coming off the events of ME1. Shepard is introduced being blown out of the Normandy space ship into space, dying, coming back from the dead than investigating human colonies as people have been disappearing all over the galaxy. 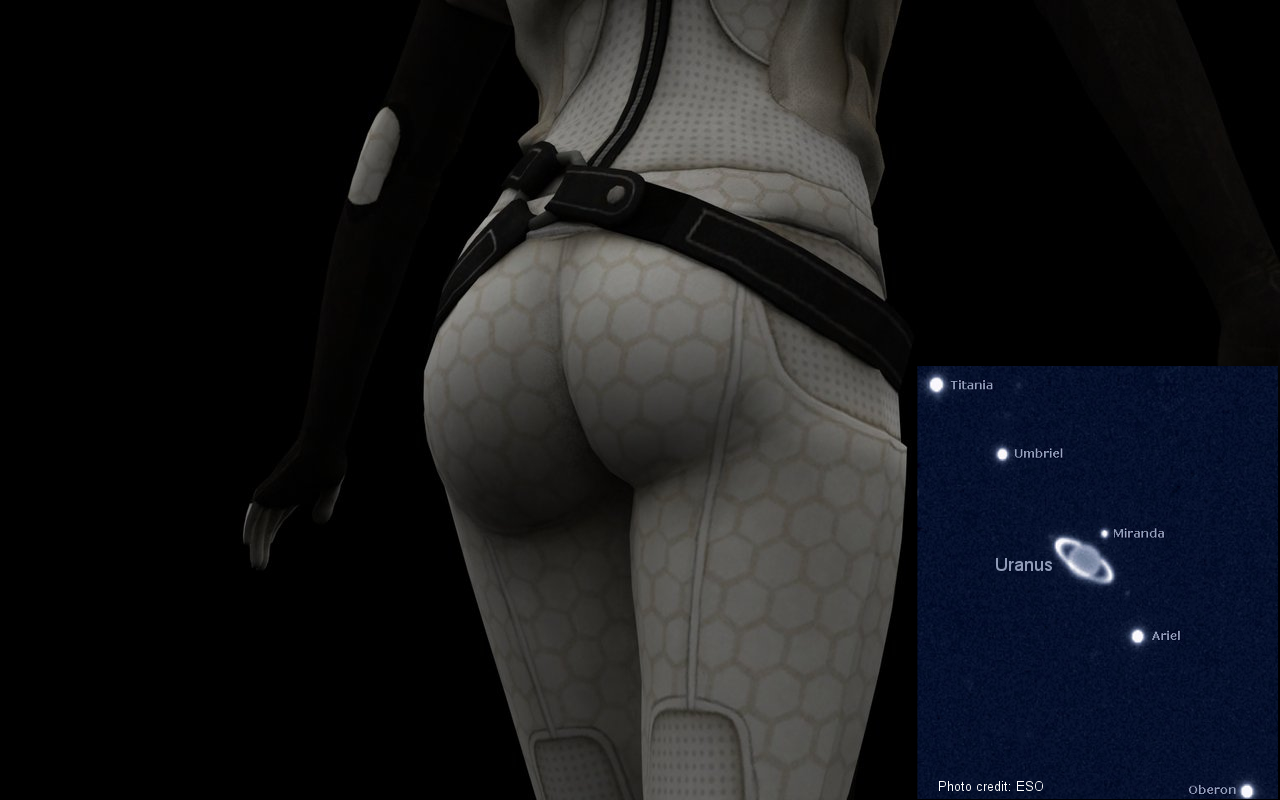 How great is that butt?

As noted above, from the beginning Shepard is under pressure as the new "Collectors" villains' are blasting you out of space.

At this point in the game, Shepard's powers are low, the squad is in heavy development and the Normandy's intangibles are low.

The game is split into three acts, with several sections, several optional "loyalty" missions. if you've played the the first Mass Effect the first thing is pretty obvious, get squad mates and I like how they get these characters involved. With each a character Shepard must undergo a trial to have them cooperate with him at 100% power for the final mission. It's understood in the Mass Effect community to complete these missions but they are optional. Every character has something about them, weakness' and strengths. 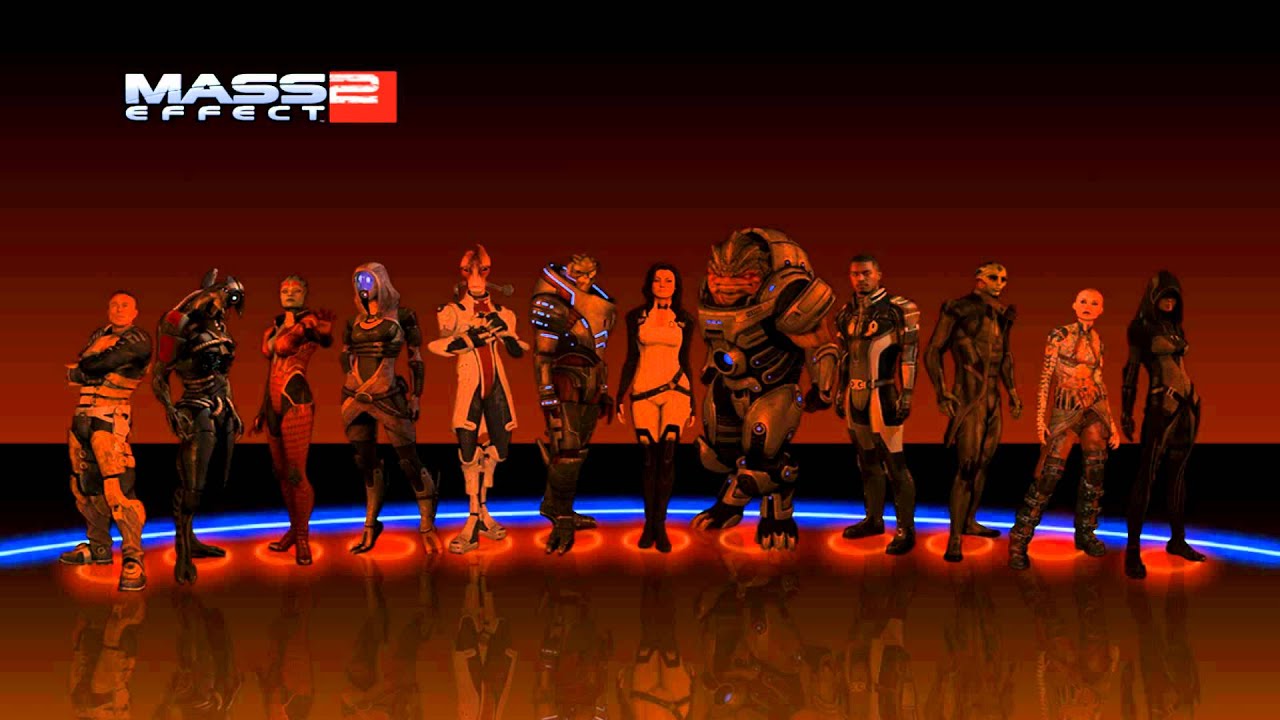 Putting together a team for a suicide mission.

The game's main areas are Omega, Horizon, and Collector Base. Every mission feels like a big quest. The planets are very attractive and a lot of work was put into these locations.

Confronting the very interesting Collectors (minions of the game's main villain, Reapers, is exciting. It's amazing how they pedal fear. Bioware went out of their way to make a scary race of harvesting aliens.


Like other games you need to upgrade your suits, equipment, ship and squad mates and doing so will reward you with health and I really give Bioware credit here in allowing you to roam the galaxy in an almost open world atmosphere and at the time of 2010 everything was linear besides the occasional Elder Scrolls. 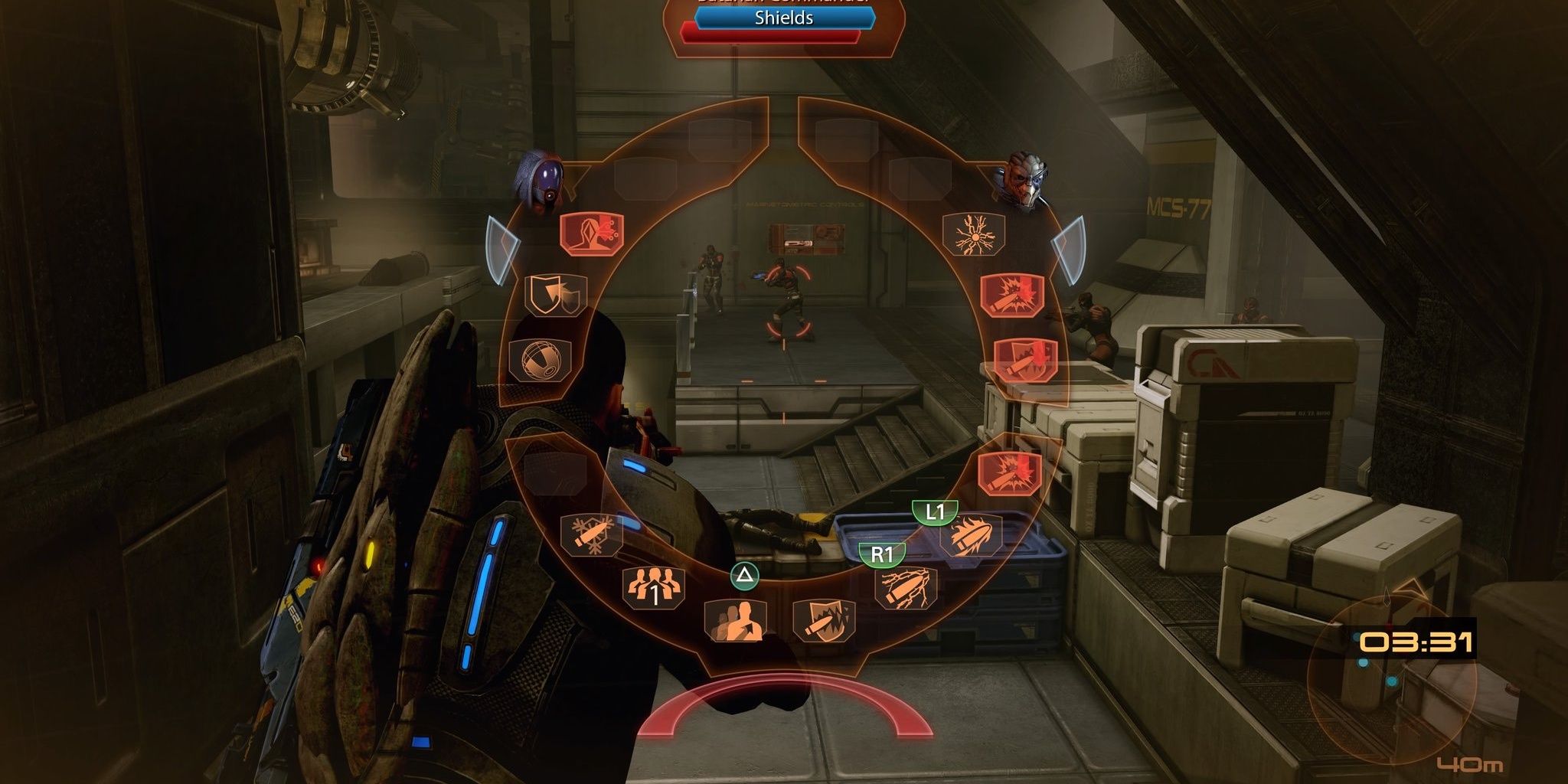 Discovering minerals through probing on a planet or moon keeps you involved. Amazing.


The soundtrack I can verify is good and provides enough mood to keep you engaged. 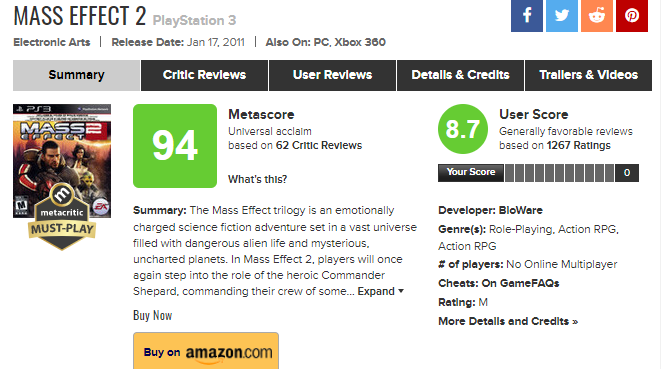 Beyond everything said, ME2 reminds me you can take a year or two off, come back, don't really provide anything THAT new and still be better.

Mass Effect 2 offends some of the old Mass Effect 1 fans (it is a beloved game) and I'd like to see EA/Bioware try to build off of ME1-3's success.

The best Mass Effect. It had a dirty dozen feel to it where you do a mission to get the squad mate to join you and then another (optional) mission to make them loyal. So many wonderful missions, I don’t think there was a dud at all in the group. The suicide mission was never a guarantee, even with the loyalty missions being completed.

Mordin always seems to die on the escort mission back to the Normandy regardless of his loyalty.
What an amazing game! Thank you OP for the detailed jog down memory lane.

The best game in the trilogy by huge margin.

Bioware clearly had no idea and no ACTUAL intention for an overreaching plot and they should've wrapped up the reapers storyline with Sovereign in the first game and killed off Shepard for real and made the series unrelated and more of a Star Trek model of vastly different series with some core elements carried over.

Mass Effect Andromeda should've been that but they dropped the ball, and i really should go back to it since i liked what i played (3 hours) , the combat was the best in the series but it wasn't perfect by any means.

They need better writers, a better studio (Bioware is long dead let it go it's just a name now) and a strong director with a vision in charge and fuck it a better publisher!
K

Quasicat said:
The best Mass Effect. It had a dirty dozen feel to it where you do a mission to get the squad mate to join you and then another (optional) mission to make them loyal. So many wonderful missions, I don’t think there was a dud at all in the group. The suicide mission was never a guarantee, even with the loyalty missions being completed.

Mordin always seems to die on the escort mission back to the Normandy regardless of his loyalty.
What an amazing game! Thank you OP for the detailed jog down memory lane.
Click to expand...

There were certain people that needed to be in certain positions in order to survive. I don't remember if Mordin had a preferred spot but I know there was a hierarchy for each decision.
Last edited: Aug 12, 2021

KillerKowalski said:
There were certain people that needed to be in certain positions in order to survive. I don't remember if Mordin had a preferred spot but I know there was a hierarchy for each decision.
Click to expand...

Yep, I know there are grids that show the proper progression, but when I started playing it 10 years ago or so, I was staunchly against guides. For me, it was trial and error through the whole thing. My favorite part was…


…as we were entering the Omega 4 Relay, and half of my characters died before we even got to the Collector Ship. I was so frustrated when a buddy of mine told me that it never happened to him. We were comparing our ships and here I completely missed the upgrade portal in the lab.

I took that savefile as an experiment to see if I could kill off everyone, and I did, including Shepard.
Last edited: Aug 12, 2021

Hey, I'm playing ME 2 too.
A little backstory. I pre-ordered the original Mass Effect 2 on steam 11 years ago. But I was just not feeling it. Eventually, I stopped playing. Tried to come back a few times. One of the reasons I stopped was the lack of native controller support. I never cared about ME3.

Recently I've been playing ME Andromeda. That's another ME I stopped playing not long after it was released. But this time I was enjoying it. Especially the combat. I started to wonder about the old games. Maybe I should give them another chance? The legendary edition was the perfect excuse.
So what I did? I pirated the game. Played through ME1 and despite hating most of the side content I enjoyed it. The combat was better than I remembered and the story and characters are cool.

Then I started playing ME2 and really enjoyed it a lot. So much so that I went on and bought it. Full price. And to think that I missed a steam sale a week before...

I'm using a dozen mods though. QoL stuff. Wider FoV, Miranda's butt restoration, no screen shake, and a few others.
By the way, it's so refreshing to see a western made game with attractive women in it.

Edit: After so many years I finished the main quest. Lost half of my crew but no companions died. They were all loyal.

The shooting and cover mechanics are very clunky. Most combat arenas are very simple. Many hallways with boxes.
Now I see the biggest difference between OG Mass Effect and Andromeda. ME used to be a series of linear missions. Andromeda is mostly open world with fetch quests.
Last edited: Aug 13, 2021
You must log in or register to reply here.