Opinion Josef Fares (Director of Brothers & A Way Out) rips into Microsoft over Xbox Series X name: ''It's a total f*cking mess''

Why they didn’t just call it XBox 5 will forever amaze me. This whole nonsense started from being afraid of XBox 2 vs PlayStation 3, but the Series S has now rectified that.
Reactions: Forsythia, Andodalf, Onironauta and 1 other person
Y

SaturnSaturn said:
Did a few lines before the interview
Click to expand...

The marketing guys who came up with Xbox X probably did.
Reactions: SaturnSaturn and Aidah

It's trash but he could have phrased in a way that didn't make him look like an angry fanboy.
Reactions: RoboFu

Who ever is responsible for naming Xbox consoles needs to be fired... each generation the naming gets worse.
Reactions: Esca, TLZ and Roufianos
S

Fredrik said:
He may be juvenile but he’s still right. Worse name than Wii. And The New iPad. Can’t think of a worse name to be honest.
Click to expand...

(Director of Brothers & A Way Out)
Click to expand...

Why would anyone take advice from or even quote this person?

Enjay said:
Why would anyone take advice from or even quote this person?
Click to expand...

Why not? Anyone can say what they think.

I can't wait for the Xbox Series E model.

Then I can spell SEX with my Series S, E, and X.

Even if it was that fear, they still could have chosen a 1000 better names that don't revolve around or even sound like they're always pushing the restart button.

Xbox - it's the first one so makes sense.

Xbox One - self explanatory. One. So back to the beginning. Why? What happened to the two before it?

Xbox Series X/S - Again sounds like they're either starting a series? Or are they continuing from the previous X/S, which if it was the case, why weren't they called Xbox S/X 2?

I don't understand any of this. It's much easier using either a numbering system, or keeping the project names at least, like Scorpio, Anaconda etc.

Also, why S and X? What do they stand for? Slim and X Large? At least two other letters that don't sound similar to lessen the confusion. S for Slim or Small and P for POWER or Phil.

TLZ said:
Why not? Anyone can say what they think.
Click to expand...

Before ignore: Have someone teach you what nuance is.
Last edited: Jan 16, 2021

He is absolutely right. I honestly thought that Xbox One is the dumbest name ever but the whole Series S/X thing, compounding on One S/X is a whole other level of stupid.

I say this as a person who owns and loves his X (London) and S (Travel)
Reactions: Certinty

If you have the cash to drop $500 on something you can't even be bothered to research for 2 minutes on Google, I don't have much sympathy.
Reactions: Wizz-Art, Forsythia, King_Mandu and 1 other person

Should of called it xbox 4 and super xbox 4

I mean, he's nuts, and known for being so. On the other hand, he's not wrong.

Series X is on par with Wii U in terms of awful names that probably sounded great to a bunch of suits in a boardroom meeting. It's soulless, hypeless, and confusing. It's also least important thing about any product, thank goodness.

Still, what a missed opportunity. lol

MS actually managed to outdo the freaking WiiU on the spectrum of terrible console names.
Reactions: Shadowstar39 and Zannegan

S0ULZB0URNE said:
Almost as bad as Nintendo with its Wii and Wii U.
What a clusterfuck.
Click to expand...

Wii U, absolutely. Wii was brilliant for the time though, even if it sounds like a pisstake in the UK.

You see bluerayhidef or whatever your name is, cocaine is great!

Just wait till they name the All Digital Series X

Abriael_GN said:
Imagine being a living meme mostly known for public use of profanity getting triggered by a console's name.

Even funnier, imagine actually finding this newsworthy enough to make an article about it. I guess it's an early weekend at Metro.

I do agree with what you said. I don’t like the prick but every site does the same too
Last edited: Jan 16, 2021
Z

Honestly he is right. It is a terrible name that's confusing for consumers.
X and S sound too similar and it some accents they are almost impossible to distinguish.
It is clear they wanted to avoid negative associations around with like basic or standard but it would have been better to go that route. Even Xbox X and Xbox X plus would have been better.
Last edited: Jan 16, 2021
E

i hate the Xbox new naming conventions after 360.

I also hate that if u talk about God of War or Doom....u now have to specify.
C

TVexperto said:
I will never understand how those names got approved.
Click to expand...

Indicate all names you approve of with an X. it was at the top of the form when they did the internal survey.
Last edited: Jan 16, 2021 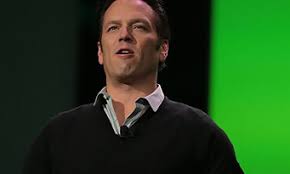 If you don't think the name is bad you're an apologist, flat-out.

I never though anybody would outdo the wii u naming catastrophe.

Nintendo got a great name with the Switch. Sony Rock solid with ps5.

Xbox naming is vita and wii u levels of retardedness.

JORMBO said:
Series X and Series S....doesn't exactly sound complicated. It's not like they are priced the same.
Click to expand...

It's not confusing to you or me because we are gamers and we know our hardware. But to new consumers, from a semantics standpoint is going to be confusing compared to PS4, PS4Pro & PS5.

What's so hard about naming your products 1,2 & 3? Sure it may not be as "exciting" or cutting edge but hey, it works.

Microsoft don't care about current customers who know the difference, they got their money. They want to sell to new customers, most of which aren't going to be gaming conessuirs or have hardware prowess.

His games are pure shit.

From what I remember, the successor to the 360 was supposed to be named Xbox Infinity with an "8" infinity symbol that looked like an "X". This was also supposed to be part of Microsoft's plan to create one holistic experience across all devices for Windows, specifically Windows 8.

Report: Microsoft’s next console will be called Xbox Infinity

Will its successor be the Xbox Infinity + 1?

I loved Brothers. It's the only game I have ever finished in one setting. The guy is a legend for it in my eyes.

The names and indeed confusing, though not terribly so, and I do wonder who at MS thought it was a good idea. Nevertheless, his rant is still funny.

What does he mean? Xbox series X rolls off the tongue. Just say it 5 times in a row, easy.
Reactions: Sentenza

Enjay said:
Before ignore: Have someone teach you what nuance is.
Click to expand...

Before ignore? Rofl. For asking a harmless question? Please put me on ignore. I'd rather not deal with people like you. You do me a huge favor.

Keep in mind this is the same guy. However, he has a decent point.

It doesn't matter if its confusing to mums and dads when no kid is going to ask for it anyway
Reactions: DarkMage619
D

'SERIES' gives it a classy vibe. Everything about SX and SS is about class and posh design (within console BOM limitations, of course).

Maybe Phil could have name them

He needs a X and S because of their SKU positioning. Xbox Series X Mini sounds worse.

Roufianos said:
It's trash but he could have phrased in a way that didn't make him look like an angry fanboy.
Click to expand...

He doesn't sound like an "angry fanboy". That's just you people being WAY TOO sensitive to any criticism.

He does sound like a cocaine addict, tho. But that's just Josef Fares in general, regardless of what he speaks of.


Halo is Dead said:
Keep in mind this is the same guy.

Who cares. Somehow apple can get away with 7 generations of "ipad" but ms gets lambasted for this? Please.
Once everyone actually gets used to it, and xbox one/one x/one s fade from memory, its a non issue. It sets out two distinct lines of xbox products.
Last edited: Jan 16, 2021
Reactions: DarkMage619
I

Between this and "Xbox One" MS is clearly the worst at naming consoles. It's not a big deal but it's still funny to laugh at especially when X1X and XSX are even the same price.

Wiiu was much better. Because there was only wii and wiiu.

Xbox one x, xbox series s Xbox series x. At a glance it all looks, sounds, feels the same.
Reactions: Wizz-Art, DarkMage619 and Self

lingpanda said:
I get the confusion and rightfully so, but let's not forget the name Wii U. Nintendo had to create commercials to actually clear up its confusing name. I enjoyed the Wii U so don't hate me
Click to expand...

He's right, it's just a confusing mess. MS needs to adress this nonsense in the future. Nintendo did it with the 'WiiU' and Sony did it with the 'PS Vita'. Companies can be very stupid if you think about it.

Kinda agree, name is a mess.

The naming is trash, but whatever it's the least of their problems.

The naming in general is totally stupid. Going from Xbox One X to Xbox Series X is just mind boggling.

Without a doubt, the names are a mess and to the average consumer very confusing.

I am not sure if this is done on purpose or just a giant misstep for their product.

I think these names we have now - Xbox Series X|S are here to stay. The next models will still be called Xbox Series X and Xbox Series S. They will play all the same games that the current ones do with the enhancements for each family. Apple don't called their iPads 1, 2, 3, 4, 5 etc. it's just "iPad". And that is what Xbox now is.
J

T-Cake said:
I think these names we have now - Xbox Series X|S are here to stay. The next models will still be called Xbox Series X and Xbox Series S. They will play all the same games that the current ones do with the enhancements for each family. Apple don't called their iPads 1, 2, 3, 4, 5 etc. it's just "iPad". And that is what Xbox now is.
Click to expand...


All of them are being selled by retailers.
It's a bit confusing sure.
You must log in or register to reply here.