Hellgate: London - 15 years later, what do you think of the game? 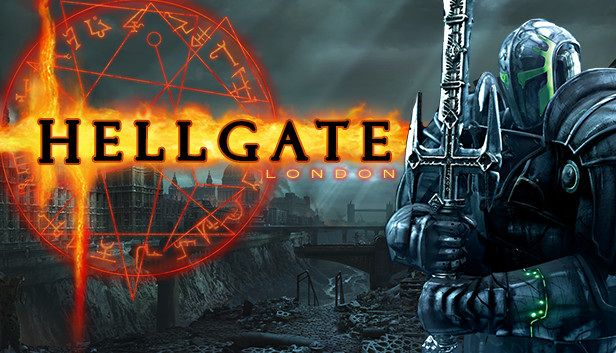 I'm one of the few who preordered this game and got a lifetime sub (think the lifetime sub was $150 at the time).

For those unaware, Hellgate: London was made by some of the minds responsible for the creation of Diablo. Diablo 1 and 2 were and are 2 of my favorite games ever. By the time Hellgate: London came out, I was beyond excited to play a new Diablo-ish hack-n-slash by the team that made Diablo.

I think the atmosphere of the game and lore still hold up. A lot of my friends at the time preordered it with me, and we had a lot of fun playing together at the time. The loot system was very satisfying and the procedurally generated maps were actually done fairly well IMO. The monsters were done well too. This shouldn't really come as a surprise given Diablo.

I think where the game failed was that it wasn't quite good enough to be a single player game, and the multiplayer parts of the game were a bit confused as to what exactly they were. It was a co-op game that also thought it was an MMO. The social aspects and things we come to expect from an MMO were simply just not there. There wasn't enough features to warrant a subscription fee, and as a result people left. I know a lot of people also had issues with the combat. I thought the melee was fine but the shooting parts of the game could have been done better. I think the biggest issue was the lack of MMO type content and features.

I still think it was a decent game that could have been amazing had it been better materialized.

Did you play Hellgate: London when it came out? What were your thoughts?

Ugh, don`t remind me of that disappointment.

Absolute car crash from a software point of view - but it is the first game in a segment that is huge today and does not get enough credit for it: The looter shooter. From an innovation point of view it is a gem.
P

I just have sadness as memories. I just think it needed more time and polish.

I don't think I'm a lifetime subscriber, but I do have a collector's edition. I think the game is playable in some freemium form?

I remember playing it a little maybe 6 or so months after it came out. The atmosphere was great!!

I thought it was trash back then, I can't even imagine how this game would feel for the current me after all the great games I've played since then. Just let me forget about it for the next 15 years.
Last edited: Feb 5, 2022

OMG I so wanted this game to succeed. I loved the game. It hurt how it collapsed.

is on threat of perm for trolling. Please report.

As someone with both the collectors edition and a lifetime sub, let's just say that I have some rather intresting opinions, yes I enjoyed my time with it, but it's hard to feel like I got my moneys worth. The singleplayer relaunch didn't help with that.
Last edited: Feb 5, 2022

I went 4 hours in the car for a midnight launch with the intention of bingeplaying until morning.

I sorely regretted it and went to bed.

I remember I had a brand new PC, put Vista on it and played this game as a first one. I enjoyed it to an extent, I have to admit, but I didn't complete it and can't remember why. I remember I had a friend over at my house and we were amazed. Wouldn't play it again.

I had such a great time. I wish it just got some more time before it was released.

It was a game I was looking forward to, but I never touched it because of the reviews. I don't remember what was wrong about it.

It sucked but still had enough mindless fun that I played a lot at launch.

ChoosableOne said:
It was a game I was looking forward to, but I never touched it because of the reviews. I don't remember what was wrong about it.

It really wasn’t. That video got me super nostalgic.

I still have my physical copy from launch. The hype around this game was nuts.

It was pretty disappointing but honestly looking back now it was somewhat ahead of its time. Loot games are everywhere now, back then it was just Diablo 2 and Titans Quest.

I think a modern Hellgate London would actually be really popular in today's market.

ChoosableOne said:
It was a game I was looking forward to, but I never touched it because of the reviews. I don't remember what was wrong about it.

One of the big things was that while it was essentially a first person/third person (depended on class) Diablo, it was asking for a subscription to play it without restrictions, there was literally subscriber only gear, so I ponied up.

Honestly it just launched a mess, I remember having issues completing the tutorial because there where too many players at the first platform (multiplayer hub area) so you just got stuck in a queue and then booted after half an hour.
Last edited: Feb 6, 2022

STARSBarry said:
it was asking for a subscription to play it without restrictions
Click to expand...

I found some details. 10 dollars for a month, 150 dollars for lifetime.
And this is from 8 months later.
4 years later.
This one looks like a decent documentary.

Great setting. So much promise. Then the game released. Lol.

It was one of the many "Former Blizzard developers who worked on this Blizzard game you liked worked on this!" games that came out I just avoided because I didn't believe the hype, turns out I wasn't wrong in that regard in the long run for most of them.

I loved the game for what it was and still played a lot of it. But man, it could've (and should've) been so much more.

I remember the game and it’s hellacious development.
Many months after release I tried it and

I remember playing either a demo or a beta and having a decent time with it, but not enough to plop down my hard earned cash
Last edited: Feb 6, 2022

I remember being hyped for Hellgate London and played it at launch. I still have my copy of the game on my shelf with my other boxed PC games. It's been forever and I never played it enough to leave me with lasting memories. I enjoyed it, played it for a few months, but moved on. The game had potential and I always wished I would have stuck with it more. Didn't it have a small hub world and you went on missions, kinda like Phantasy Star Online?

Raven117 replied
May 23, 2022
Do you think the Steam Deck is going to revolutionize the handheld gaming industry?
Social 2 3

soulbait replied
May 9, 2022
Playstation only owners speak up, will you be buying an Xbox or a Going PC now
Poll 2 3 4

ethomaz replied
Jan 20, 2022
Help me remember this game trailer shown at The Game Awards (I think) a few years ago
Community

Kuranghi replied
Mar 27, 2022
What Game series do you think would make a fun Musou game?
Opinion