Didn't play it until last month and going by the screenshots and gifs I always thought people were exaggerating, but it looks absolutely stunning at times.
Same with the overall quality of the game, I thought the people voting it as GOTY were mostly trolls that didn't want TLOU2 to win, but it's a legit great game. Critics went way too hard on it for some reason.

I’ve said in other threads that this is the ugliest beautiful game I’ve played. The overall effect is really impressive but if you examine anything in too closely it doesn’t really hold up.

A lot of the textures are awful, the NPCs look poor, the lighting at night is really strange with characters lit up like Xmas trees where there is no light source, the water (at the coast especially) looks terrible etc etc. Despite all this it looks amazing so like you say a really talented team working within a very tight performance budget.

ghost of tsushima does not look realistic at all. And i dont think it aims for it. It really has an artistic look. With some colours being extremely oversaturated.
Last edited: Mar 24, 2021

In my opinion they should not invest any more time upgrading it to PS5. The game is what it is and a higher resolution at 60fps is sufficient for better preserving it for the future. A PC version, despite extra settings, would look identical to naked eye, like Horizon and Death Stranding.

Hopefully they already started working on the next game exclusively for PS5. Ghost, despite being beautiful, was one of the few games that to me felt limited by the PS4 itself, not by budget or time.

VFXVeteran . I'm curious what your opinion would be on Days Gone. It's not the most technically advanced game by any stretch of the imagination but thanks to artistic direction it can look truly beautiful. Might be worth checking out!
Click to expand...

The art style is what made this game. It can look stunning but also terrible in some instances.

No open world is gonna win a comparison against rdr2 until gta6 come out.

VFXVeteran said:
This game is the perfect example of a very talented studio that understands what makes games look good and the technical chops to actually make a game look good with very limited bandwidth hardware. The tricks Sucker Punch used to achieve the stellar results they did is something that all studios should aspire to. While the game couldn't brute force it's way to implement some of the more expensive aspects of the pipeline, their overall presentation is stellar! I liken it to what Rockstar did with their recent open world game Red Dead Redemption 2.

Let's start with all the known features that has been implemented to make this game one of the best looking games ever on the last-gen PS4.

1.) GI Illumination using light probes. Many games use this as the main approach to solving the global illumination problem. However, most games don't use energy conservation in their shaders and the number of light probes could be limited in accuracy causing most games to blow out the lighting on an object and making it standout from local illumination. Without using proper ambient occlusion, these objects look flat and totally destroys the look of the game. Sucker Punch went with concentrating on energy conservation and lowering the contribution of the ambient term. 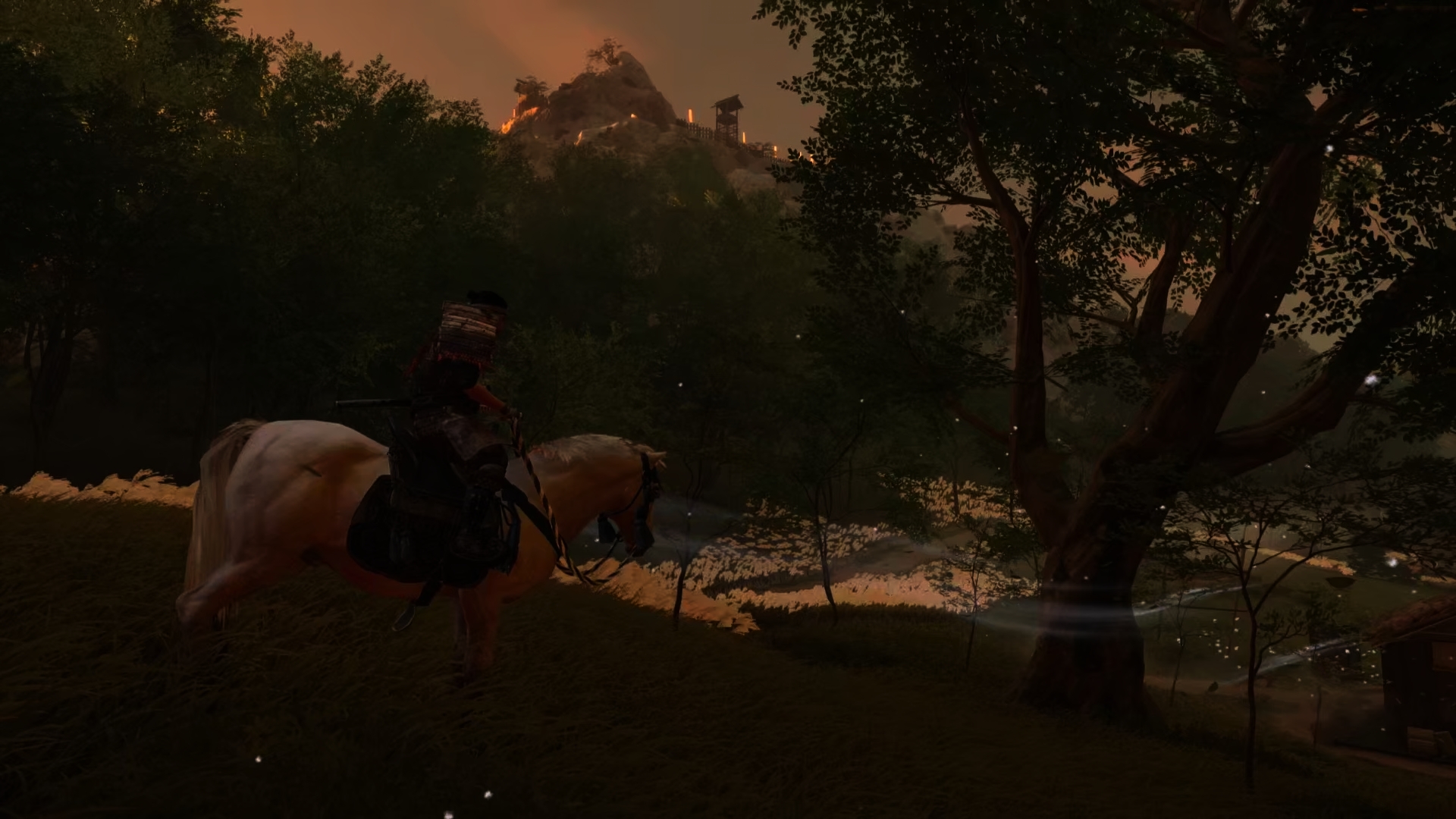 Here is a shot where I'm totally in shadow from the Sun. I wanted to see how their GI system worked with illuminating all the objects within that area. Aside from the white horse which is picking up probes from the sun that are underneath his body (inaccurate), everything else is completely dark and produces the proper results without blowing up the lighting on surfaces in shadow.

2.) Parallax Occlusion Mapping. There are typically 2 algorithms to use for POM. The second faster algorithm, came out just a few years ago and companies adopted it. SP wanted more than just normal maps for their game so they went with using the 2nd approach to POM. Having this instead of spending a large compute time on tessellation but not just settling for the conventional normal maps was a very wise choice. Here is a read on how the algorithm works. 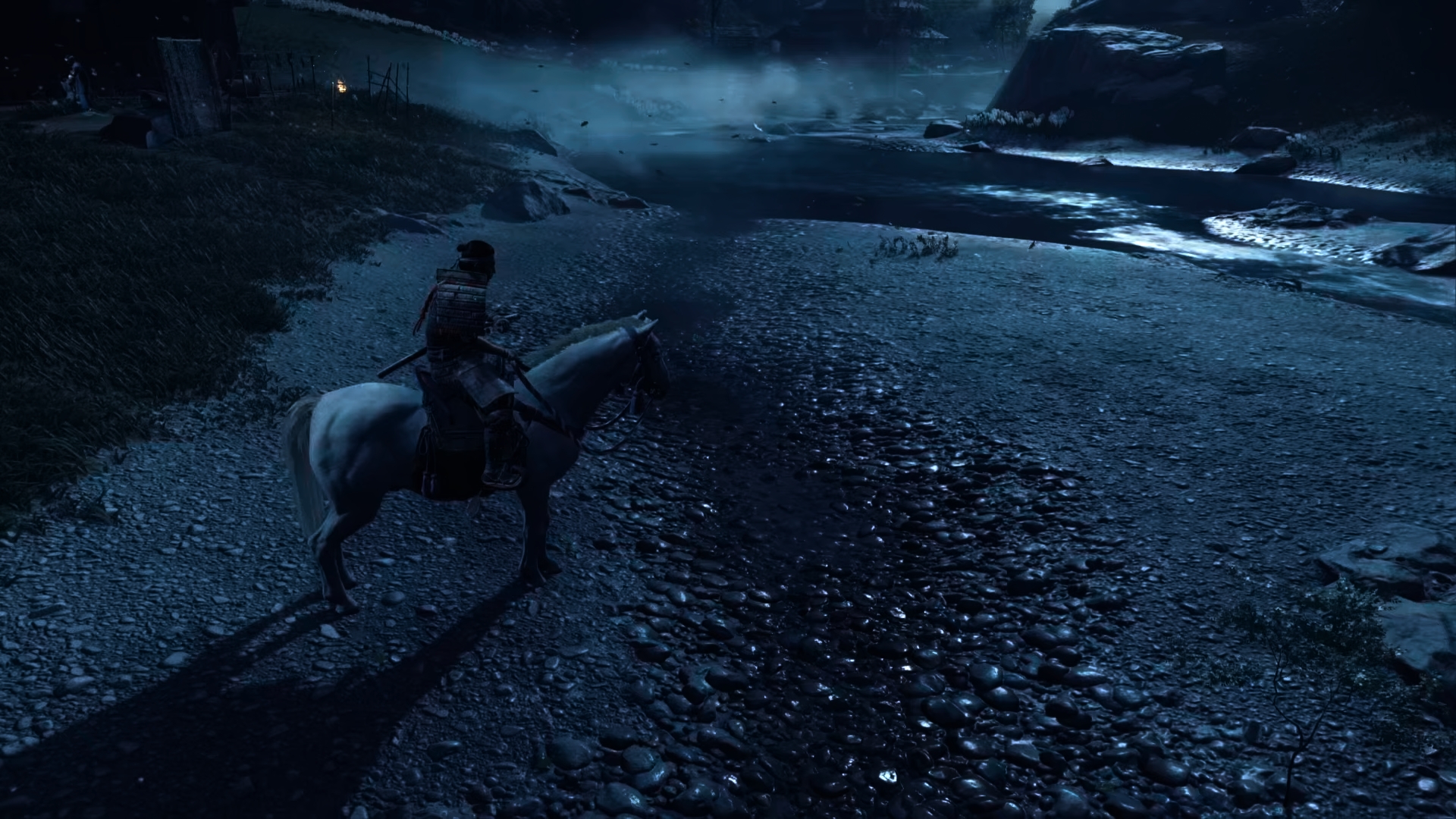 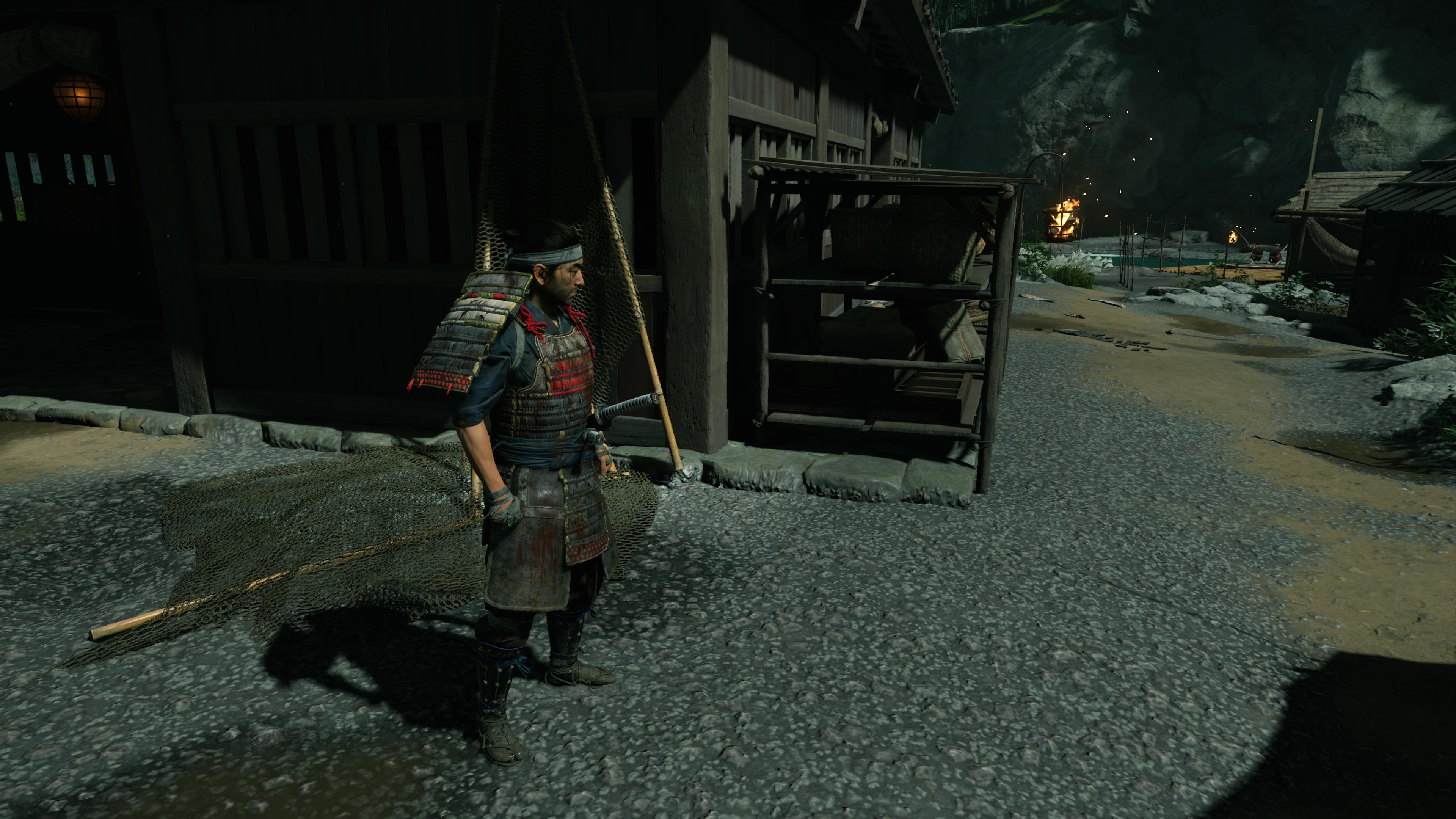 The downfall to the new technique is that the parallax isn't as apparent and it breaks down rather quickly on adjacent angles of the camera and the surface plane.

3.) Smoke FX. Why companies don't use offline rendering of FX and creating animated textures with the renders is beyond me. It's absolutely a superior short-cut than trying to draw these kinds of FX by hand. This smoke is completely top notch. I claim they used Houdini to render out a fluid smoke simulation and baked the animation down into textures. Perfect trick that makes the FX look great! 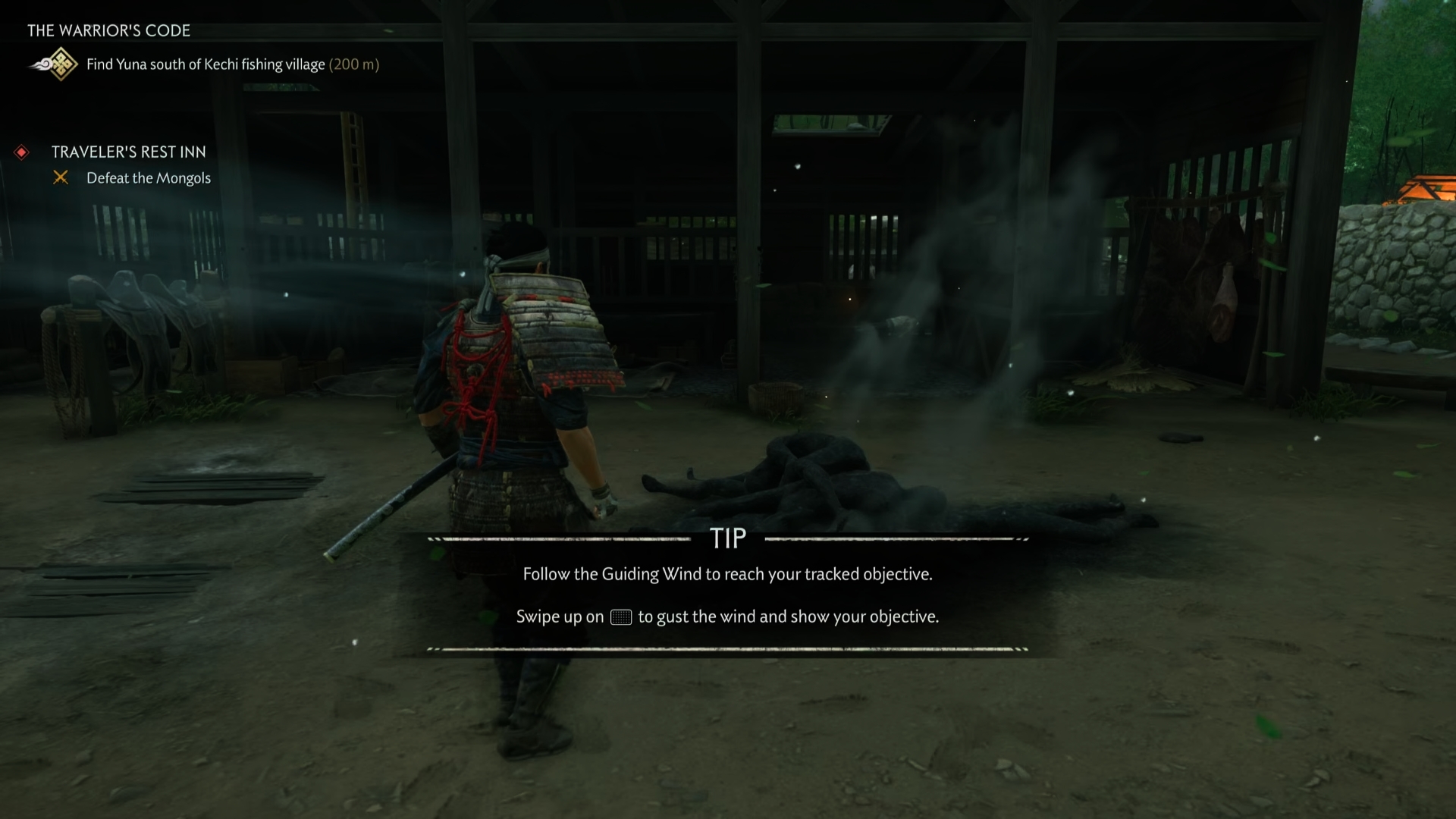 Here is a video of it's motion. Simply superb look and pretty much a cheap cost for the GPU.

4.) Blockers for light leaks on eye lids. This has got to be one of the worse rendering artifacts that we've seen to date. VERY few gaming companies spend the extra time to make sure this extreme nuisance isn't in their game. I simply had to test whether the team addressed this issue and to my surprise they did!

Here is a screen of putting the character's back to the sun and seeing if the light leaks to the eye lids. It's not there thank God! 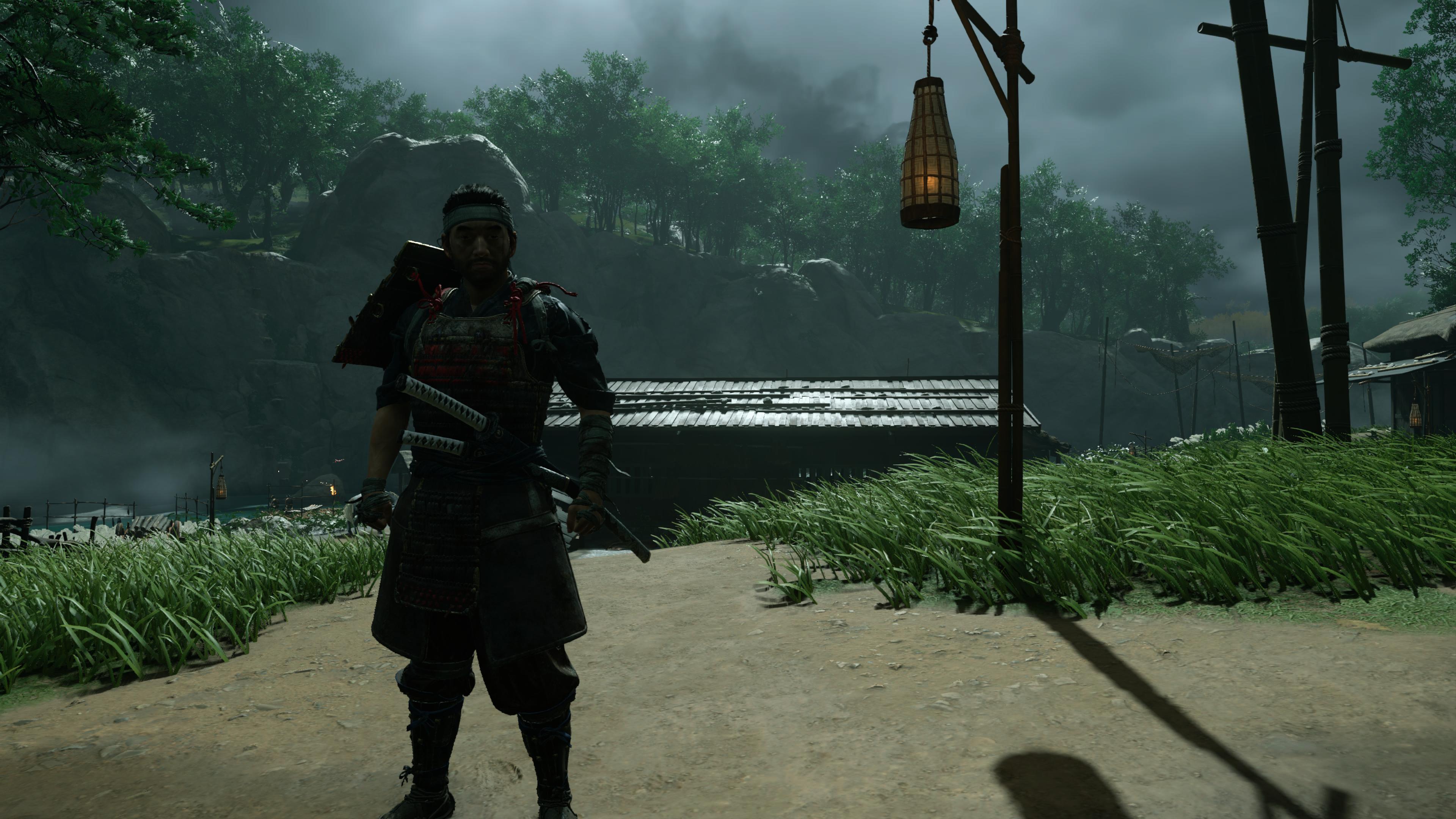 5.) Self shadow of foliage. When you don't have enough brute force GPU power to implement full on self shadowing of grass you can either use a proxy geometry rendered to shadow the grass, or use SSAO. SP went with both alternatives and as an added measure they painted in a gradient from tip to root where the root was totally black. I found this trick when viewing the grass when in shadow not under direct sunlight. With having a dynamic time of day, you can let your AO and the painted grass work (as you see here) and under direct sunlight, the grass will have a shadow as well. Again, really cheap and acceptable solution under all lighting conditions. 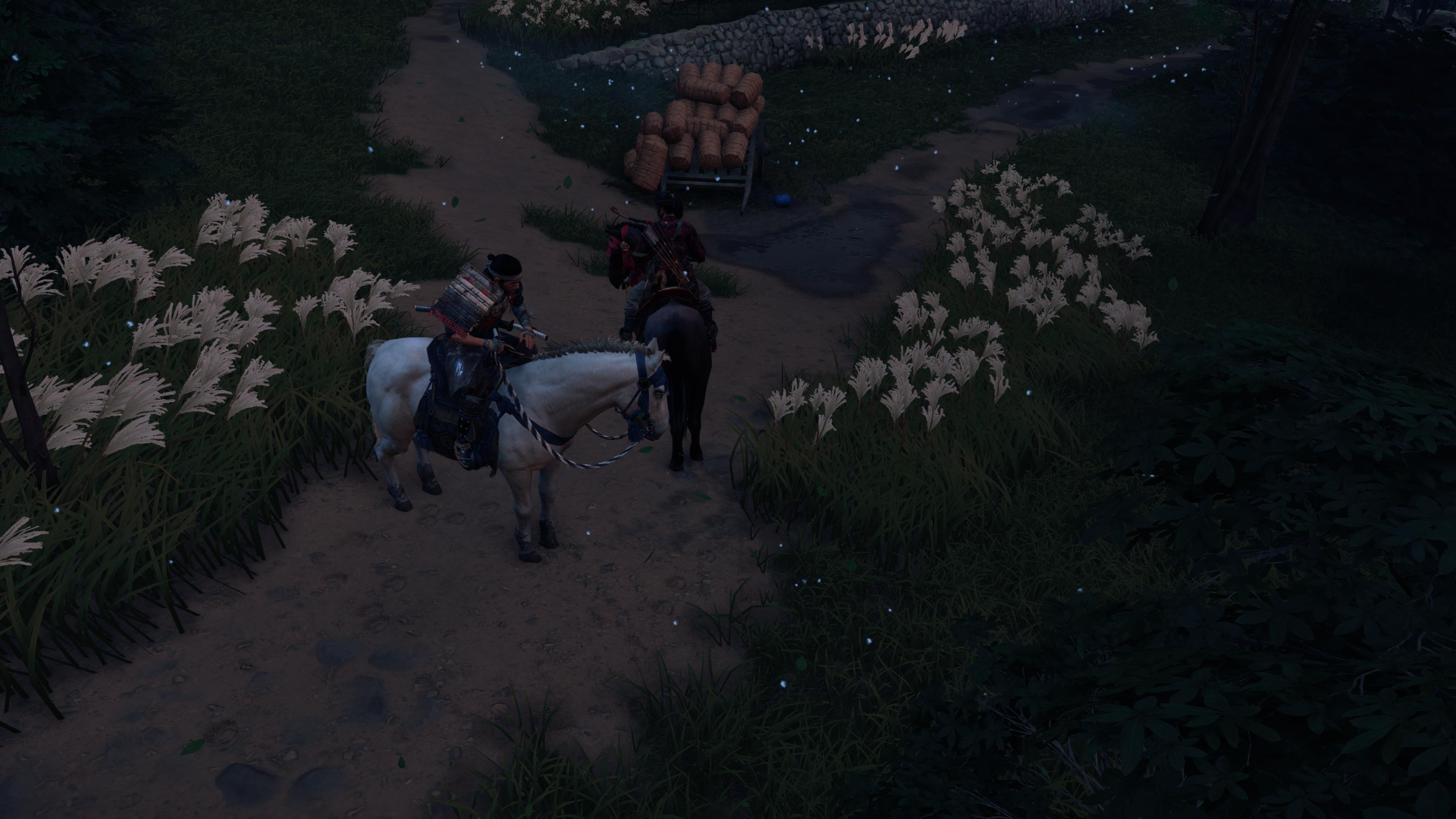 6.) Water shading. We still have top tier games that can't get water right. Some of the highly acclaimed games use a simple sine wave to show water and to me, that's simply being too lazy to make it look more convincing. In Ghost, they focused on making the water look believable by having several overlapping frequency sine waves along with light propagation and a fresnel effect in the shader to make the water appear natural. 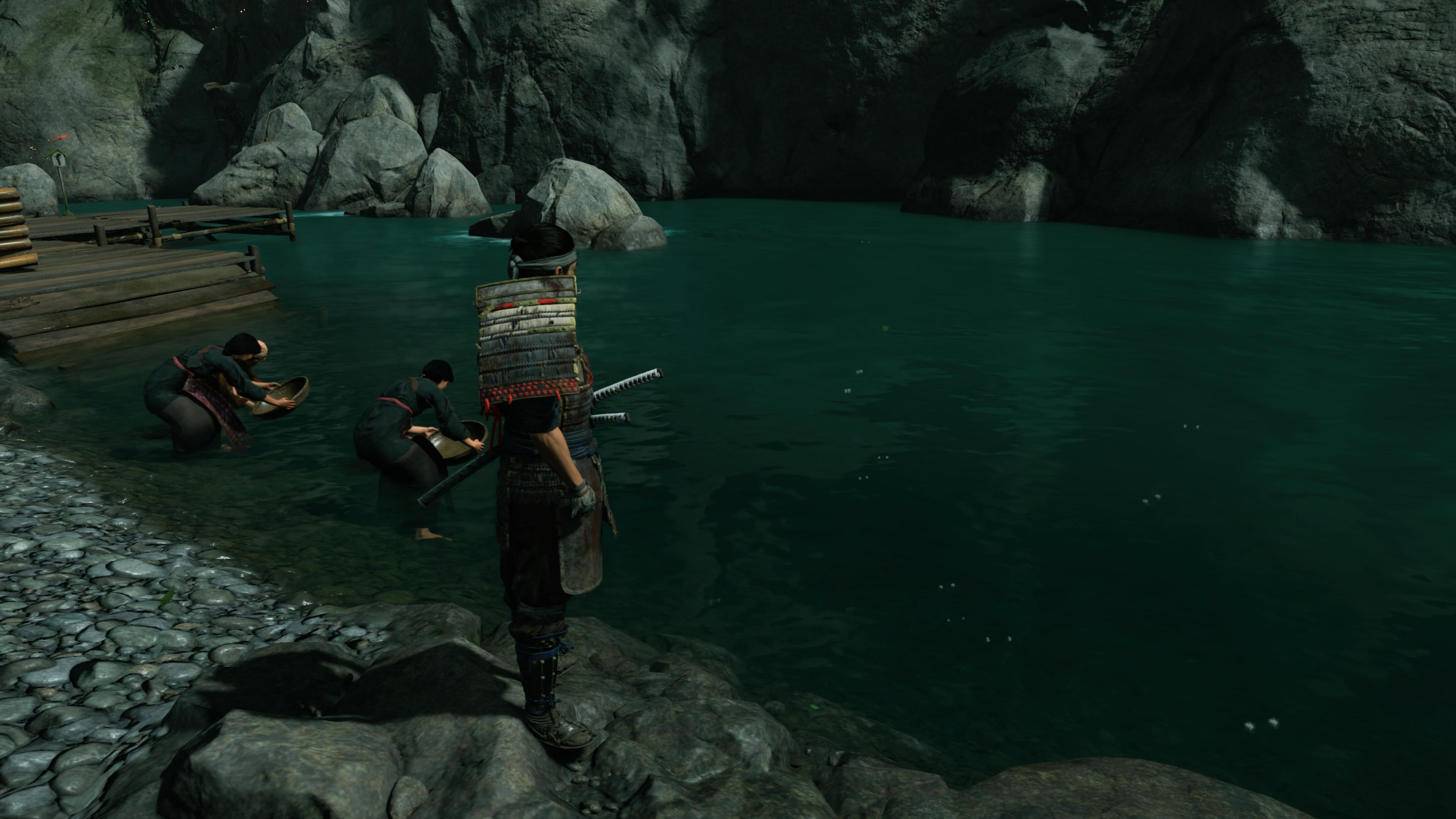 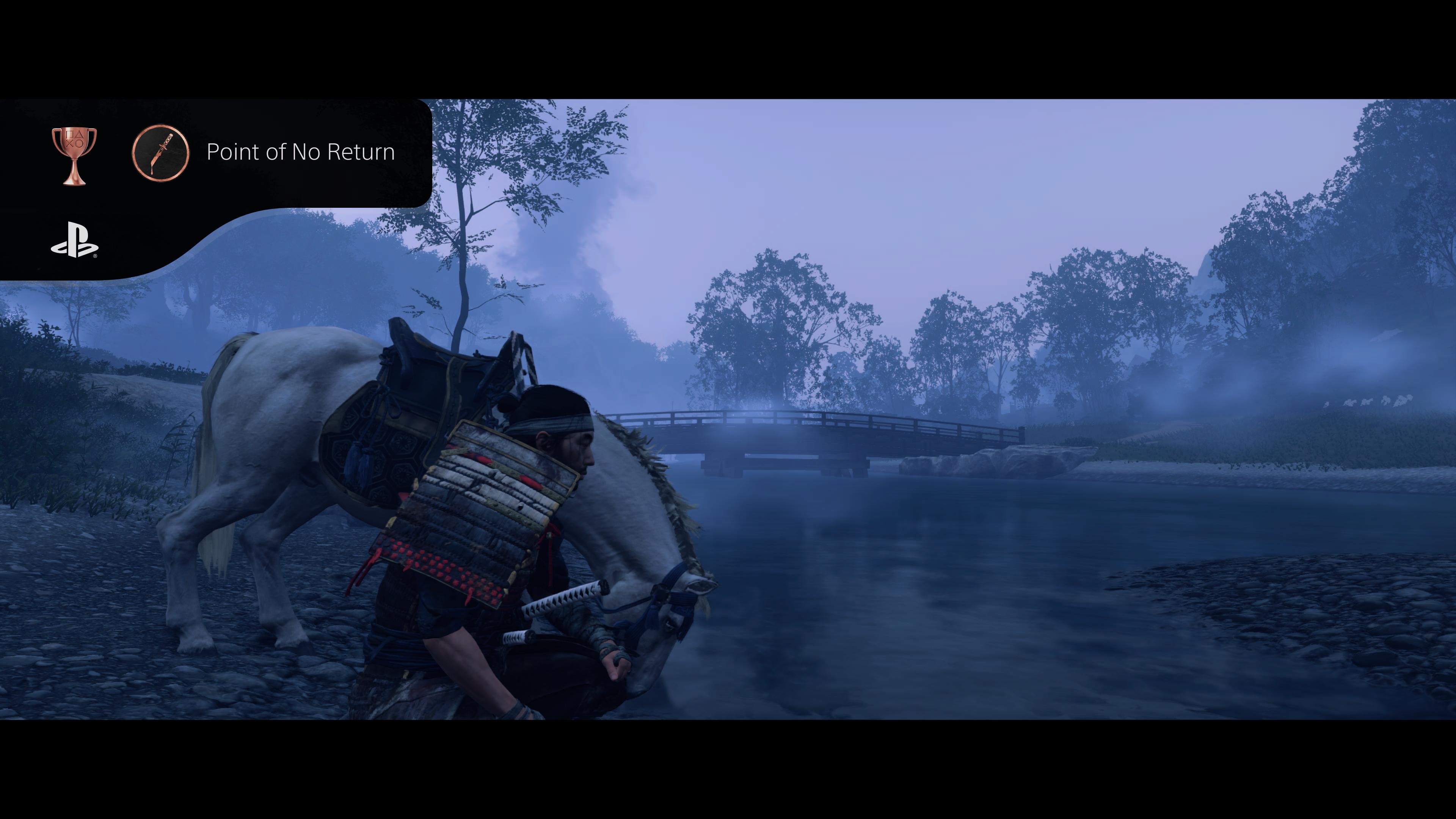 Ghost of Tsushima is a game made by a company that understood what needed to look "right" with the current techniques that are currently out. None of this technology is some new innovative achievement. It's all been done before. What makes it stand out is the company and their talented artists and programmers understood how to make a game look *good* with the limited hardware they had to play with. I'm hoping that they made higher resolution texture assets and can use the GPU power of the PS5 to make a remaster with the game logic they already have in place. GoT isn't graphically perfect by any stretch of the imagination but it's the combined issues that SP decided to remedy along with smart ideas to get around blatant rendering problems that we still see in games made by some bigger studios with larger budgets.

In conclusion, I decided to kick off a chat message to one of my ex co-workers that works at SP congratulating him and his team on a job well done.
Click to expand...

Thank you for your service, VFXVeteran 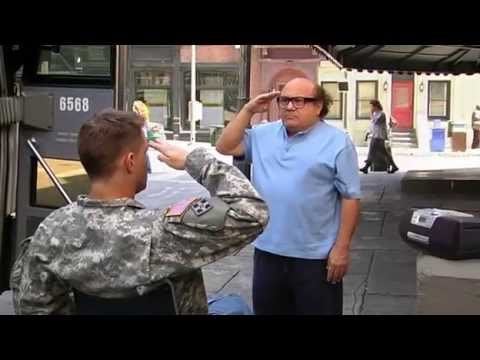 The only thing I miss visually in RDR2 is the "life" of the vegetation both in proximity and in the distance that GoT does have.
F

GymWolf said:
No open world is gonna win a comparison against rdr2 until gta6 come out.
Click to expand...

Yes exactly, on multiple fronts it is nearly a gen ahead of any other open world out there.

Imho it is truely the most astounding technical accomplishment of the entirety of PS4 generation.

Flabagast said:
Yes exactly, on multiple fronts it is nearly a gen ahead of any other open world out there.

Imho it is truely the most astounding technical accomplishment of the entirety of PS4 generation.
Click to expand...

This is what infinite money, 9 years in development and over 1000 people can do. (And talent of course)

GymWolf said:
This is what infinite money, 9 years in development and over 1000 people can do. (And talent of course)
Click to expand...

And only having to worry about a single platform for launch.

Lethal01 said:
And only having to worry about a single platform for launch.
Click to expand...

This game, whenever i see it gives me the hots. Damn, it is beautiful.

Graphically, yes, RDR2 is unmatched. The snow during the first chapter is sheer sorcery. Showing the character swim in the water and then fire arrows into the water is just overkill. We knew what was going to happen there.

However, RDR2 surrenders fun for the realism that we experience in the graphics. Sunset horseback rides between mission objectives are gorgeous, but tedious when you have to do them a few dozen times. RDR2 is merciless when it comes to deviating from the set path the developers intended gamers to play during missions, too. Getting on and off your horse reminds me of a loading screen; just get on with it!

Suckerpunch did well with the talent they have. I also don't recall reading articles about crunch during its development.
You must log in or register to reply here.