You're instantly made to feel vulnerable. We're a short way inot the game, and our four legged hero has fallen into this place, seperated from family and friends as he seeks an escape route. [..] Looking ahead he doesn't notice the ominous red light of a CCTV camera.

"Obviously this place is supposed to be at least unwelcoming," producer Swann Martin-Raget tells us. "This is why we also developed an alphabet for the whole language for the game - to have players really feel they don't understand this place and they don't get all the codes fo the environment." Soon after, we see another notice, though this one's a little more clear: several letters on an extinguished neon sign suddenly spark back to life spelling out "HELP", with two arrows pointing to the right. A flickering TV screen beckons 'FOLLOW ME'.

The, suddenly, a jolt, a shriek, and an arched spring backward as a pile of electronic parts moves abruptly, revealing itself to be a dying robot with one arm and no legs.

BlueTwelve's approach to navigating this world reminds us, in fact, of another Naughty Dog game - or more specifically, a term used by Neil Druckmanm to describe it. "The term we use is wide-linear'," he said of Uncharted 4. "It's not open world, because we wanted to tell a very specific story, with very specific tension." Stray's opening is similarly heavily authored; indeed , there is a hint of Nathan Drake in the platforming, alebit without the crumbling handholds and flimsy masonry.

It's not really a platformer, in other words. "That's correct, yes," Martin-Raget says. We really didn't want to have that kind of challenge because we found out that being a cat really implies that every jump is super smooth and calculated, that you're jumping your way round really easily. And so these controls can do that and make you feel very fluid around the environments. If you can image a traditional platforming challenge where you have to control your jump and miss very often that wouldn't be true to life.

Martin-Raget leads us towards an area simply titled Slums, where the 'wide' part has been expanded to the point that 'linear' no longer applies. "We also have these bubbles that are way more of an open world thing," the producer says. Stray may not be an open world in the classic sense - given that its setting has been heavily inspired by Kowloon Walled City, you'd expect a few boundaries - but there are areas where the pace slows, and you can roam around more freely.

this kind of cat game I always anticipated!!

Looks really cool this game. Hopeful but will wait for a few reviews.

Certainly on my radar once I've finished Dread, Aria of Sorrow, Ori wotw, Frost punk, Returnal, R&C rift apart, Mutant year zero, and several billion other titles.
I'm going to do a comprehensive list of games to play before I die.
Temper my optimism lol

My SO has been obsessed with this game since it was revealed last year.

Been wanting this game since the trailer last year

skit_data said:
My SO has been obsessed with this game since it was revealed last year.

For how long did Sony buy timed exclusivity? 6 months or a year?

But can I be a female ginger? I know it's statistically rare, but fuck you all if you're going to deny me of my rights to be what I was born to be.

Finally something that can dethrone Animorphs. And ofcourse, How can we forget, Tokyo Jungle.

Do i get to eat my master when he die alone in his house?

Looking forward to play this gem of a game!
C

Ive yet to play a wide linear game that didnt just feel linear. Nothing wrong with linearity.

GOW had an absolutely unbelievable (in a bad way) world and the back tracking sucked
Last edited: Nov 15, 2021

Gameplaylover said:
For how long did Sony buy timed exclusivity? 6 months or a year?
Click to expand...

skit_data said:
I’m a little worried about the gameplay though.
Click to expand...

I mean, its a game where you play as a cat... keep the lowest of low expectations

Definitely day 1. Waiting for this and Kena since reveal.

Will there be a physical release?
Didn't play Kena yet because it's still digital only.
Last edited: Nov 15, 2021

Most convincing animal for me was Trico. I need to replay that game.
Btw - shame Tokyo Jungle never came ot anywhere else
Last edited: Nov 15, 2021

Same as Twelve Minutes on Xbox,no plans for any release outside the initial platforms.

The Red Dead 2 horses are pretty good in terms of feeling like a separate entity you have to control,them freaking out over predators and gun fights and even the braver ones having their moments is a nice touch.

Going to be hard to beat Trico in terms of best animal in gaming, but even being second best would be hype. Day one on PC.

ParaSeoul said:
Same as Twelve Minutes on Xbox,no plans for any release outside the initial platforms.
Click to expand...

It's usually part of those deals not to mention other brands by name, but "console exclusive for a limited time" says it all.

I had not heard of the game before. I added it to my Steam wishlist. 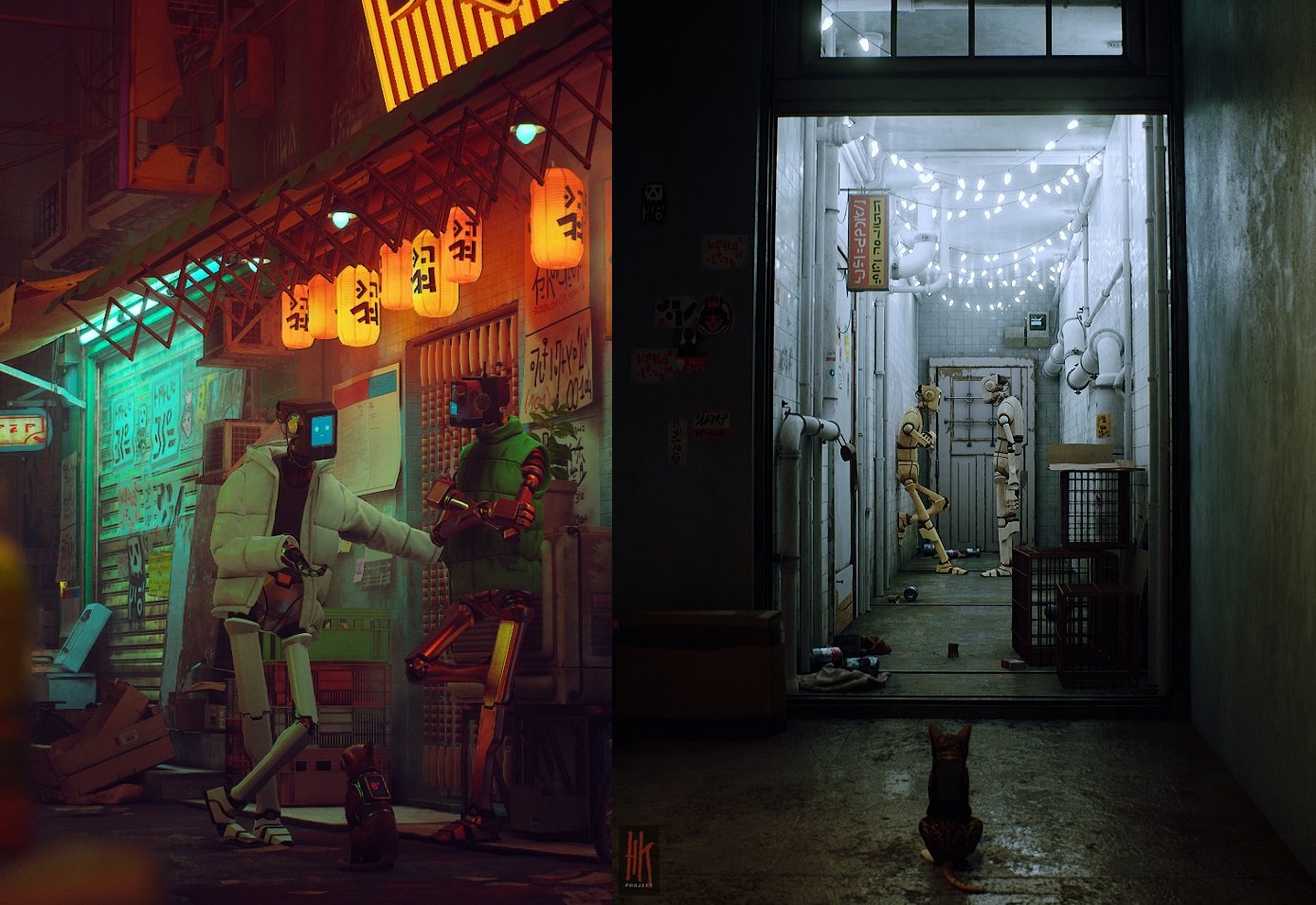 Is there a video of this game?

skit_data said:
My SO has been obsessed with this game since it was revealed last year.

It's an expansion of this:

I will buy anything with cats in it.

JoeBudden said:
I mean, its a game where you play as a cat... keep the lowest of low expectations
Click to expand...

I've been waiting for this since the first trailer! When is the release date?

JoeBudden said:
I mean, its a game where you play as a cat... keep the lowest of low expectations
Click to expand...

You know cat people are just sharpening their claws after reading this.

Stray is the game that truly makes you feel like a pussy cat.

Little Chicken said:
I will buy anything with cats in it.
Click to expand...

"Most convincing in-game animal ever seen" Absolutely laughable when Life of the Black Tiger exists.

SlimySnake said:
Stray is the game that truly makes you feel like a pussy cat.
Click to expand...

where do I get this in .pdf?

It's been on my radar for a while, can't wait to try it.

All good news. As long as the pricing is going to be fair it's gonna be a day1 purchase for me.

Little Chicken said:
I will buy anything with cats in it.
Click to expand... 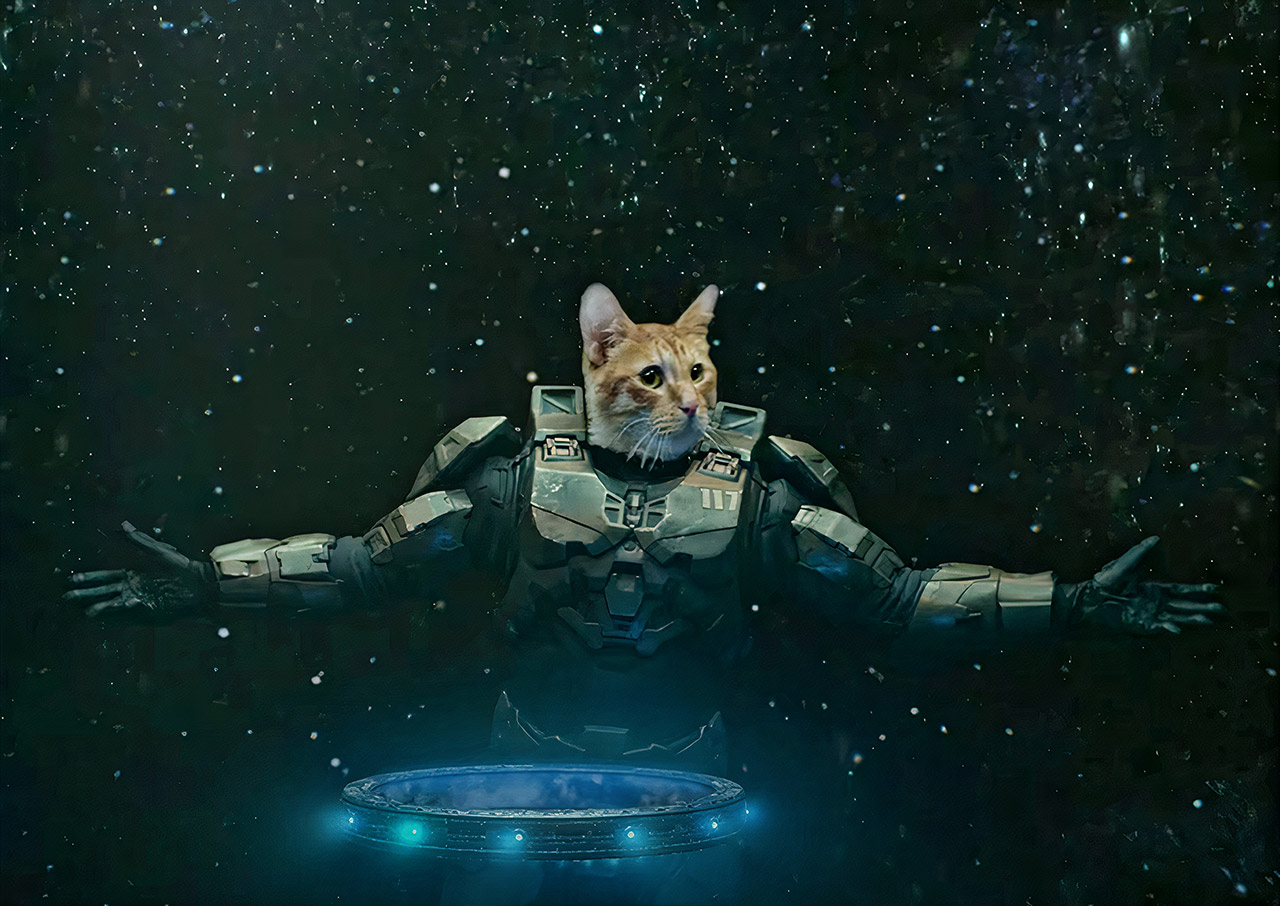 I am looking forward to this one, but we shall see.

TLG's Trico was pretty damned convincing as well, even if a fantasy animal.
Last edited: Nov 15, 2021

43 replies and not one 'playing with pussy' gag.

They have my atention since the reveal trailer. Will most likely buy it one day

SlimySnake said:
Stray is the game that truly makes you feel like a pussy cat.
Click to expand...

El Sueño replied
Aug 27, 2022
How The Last of Us became 'the greatest story' ever told in video games
Opinion Analysis 2 3 4

Ozriel replied
Sep 25, 2022
Rebuilding The Last of Us Part I: A deep dive into combat, animation, audio and visual changes with Naughty Dog
News 3 4 5 6 7