Why Microsoft and Warner Bros. Archived the Original ‘Superman’ Movie on a Futuristic Glass Disc (EXCLUSIVE)

Microsoft has teamed up with Warner Bros. to store a copy of the 1978 movie “Superman” on a small glass disc about the size of a coaster. The collaboration, which will be officially unveiled at Microsoft’s Ignite 2019 conference in Orlando, Florida Monday, is a first test case for a new storage technology that could eventually help safeguard Hollywood’s movies and TV shows, as well as many other forms of data, for centuries to come.


Microsoft began to investigate glass as a storage medium in 2016 in partnership with the University of Southampton Optoelectonics Research Centre. The goal of these efforts, dubbed “Project Silica,” is to find a new storage medium optimized for what industry insiders like to call cold data — the type of data you likely won’t need to access for months, years, or even decades. It’s data that doesn’t need to sit on a server, ready to be used 24/7, but that is kept in a vault, away from anything that could corrupt it.

Turns out that Warner Bros. has quite a bit of this kind of cold data. Founded in the 1920s, the studio has been safekeeping original celluloid film reels, audio from 1940s radio shows and much more, for decades. Think classics like “Casablanca,” “The Wizard of Oz” or “Looney Tunes” cartoons.

“Our mission is to preserve those original assets in perpetuity,” said Brad Collar, who is leading these efforts at Warner Bros. as the studio’s senior vice president of global archives and media engineering. And while the studio is deeply invested in these classics, it also keeps adding an ever-increasing number of modern assets to its archives, ranging from digitally-shot films and television episodes to newer forms of entertainment, including video games.
To date, the Warner Bros. archive contains some 20 million assets, with tens of thousands of new items being added every year. Each of them is being stored in multiple locations, explained Collar. “We want to have more than one copy.”


And to this date, Warner Bros. is storing most of its movies and TV shows on film, even if they’re being shot digitally. For archival purposes, the studio splits a film into its YCM color components, resulting in three distinct copies that are then written on black-and-white film. The results are being stored away in a cold vault, which is kept between 35 and 45 degrees Fahrenheit.

Hollywood studios have been storing films like this for decades, explained Collar. “This process is tried and true.” And it works: When Warner Bros. recently decided to reissue “The Wizard of Oz” in 4K, employees just had to go back into the studio’s vault, retrieve those 3 color-isolated copies, digitize each, and reassemble them to the color master copy. “It is an evolved process,” said Collar.

However, the process doesn’t work for all kinds of assets. Video games, for instance, need to be stored digitally. Light field video captures, holograms, or whatever else the future may hold for next-generation entertainment, will likely also require different solutions. And with recent visual improvements like 4K and HDR, there is an ever-increasing need for petabytes of storage, said Warner Bros. chief technology officer Vicky Colf. “It’s the quality of the content that we are dealing with.”

The studio has been researching novel storage solutions for some time. When Collar first heard about Microsoft’s Project Silica, he was instantly intrigued. After all, the idea to store media on glass sounded awfully familiar: Collar had stumbled across old audio recordings in Warner’s archives a while back, which were being stored on glass discs slightly larger than regular vinyl records.

His team had to first find special players to access the recordings, but was then able to digitize them, unlocking a “Superman” radio play from the 1940s. So when the Warner started talking to Microsoft about collaborating on Project Silica, it was immediately clear that “Superman” was the right film to store on glass. Said Collar: “It’s a beautiful full circle.”

But Microsoft’s approach is based on very different technology than what was used by 1940s-era archivists. Project Silica relies on lasers similar to those used for Lasik eye surgeries to burn small geometrical shapes, also known as voxels, into the glass. “We can encode multiple bits in each voxel,” explained Rowstron. And unlike traditional optical media like CDs or DVDs, Project Silica actually encodes data in multiple layers. Microsoft used 74 such layers to capture “Superman” in glass, but has since advanced the technology to add many more layers.

Once data is stored this way, it can be accessed by shining light through the glass disc, and capturing it with microscope-like readers. In fact, in Project Silica’s early days, the company simply bought off-the-shelf microscopes for this process, which also benefits from machine learning to make sense of the captured light.

The process of storing and accessing data with Project Silica is still in early stages, but it works: After burning the copy of “Superman,” Collar’s team checked to make sure the data was not corrupted. “We did a bit-by-bit check,” he said. The result: The movie was there, safe for future generations. “We have that glass now here in our vaults,” he said.

Microsoft also did extensive tests to make sure that Project Silica storage media didn’t easily damage. “We baked it in very, very hot ovens,” said Rowstron. His team submerged the glass in boiling water, microwaved it, and even scratched it with steel wool — all without any damage to the stored data. Sure, it is breakable if you try hard enough, admitted Rowstron. “If you take a hammer to it, you can smash glass.” But absent of such brute force, the medium promises to be very, very safe, he argued: “I feel very confident in it.”


And while Microsoft partnered with Warner Bros. for this first proof-of-concept, the use cases for Project Silica may ultimately extend far beyond Hollywood. Other known examples for cold data include medical data and banking information, explained Rowstron, adding that many other applications may not even be known yet.

To illustrate the potential, Rowstron referenced the way consumers used to treat photos taken on their phones. A few years ago, before cloud storage became ubiquitous, a consumer may have taken a burst of photos of one motive, and then deleted all but one of those pictures. Fast forward a few years, and machine learning algorithms have gotten really good at combining these burst photo sequences, and turning them into better-looking composite images. “There is a lot of value to keep data around,” Rowstron said.


This also explains why Microsoft is interested in storage solutions like Project Silica to begin with. The company’s own Azure cloud business already safekeeps vast amounts of data for its customers, including both “hot,” frequently accessed data, as well as “cold” data. For some of its long-term storage needs, Azure still uses tape, which frequently has to be checked, and even re-copied, to maintain data integrity. Glass could one day be a more secure solution to safekeep data for the company and its customers.

Warner Bros. isn’t expected to replace its existing archival strategy entirely with glass any time soon, said Colf. “It’s just another arrow in our quiver,” she said. “We hope that film is an option for us for many years to come.”

There is also still a lot of work to be done before Project Silica can become a real product. Read- and write-operations need to be unified in a single device, and the amount of data stored on one piece of glass needs to increase. Microsoft isn’t revealing how much it has been able to squeeze onto the latest generations of the medium, but it is apparently not in the terabyte range just yet. Still, Rowstron is confident that Project Silica will lead to a break-through in storage technology. “I believe the future is glass,” he said.
Click to expand... 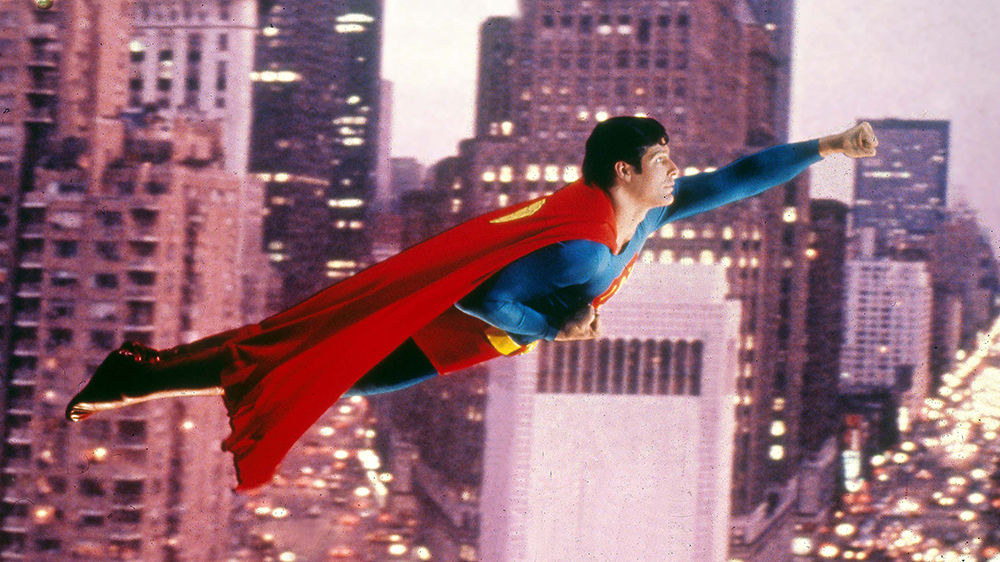 Why Microsoft and Warner Bros. Archived the Original ‘Superman’ Movie on a Futuristic Glass Disc (EXCLUSIVE)

Microsoft has teamed up with Warner Bros. to store a copy of the 1978 movie “Superman” on a small glass disc about the size of a coaster. The collaboration, which will be officially unveiled at Mic…

I love this stuff, thanks for the article.

I wonder what resolution the master of Superman was stored at, I didn't see that mentioned in the article. If they're going to get rid of the original film masters I'd hope they're scanning them in at a ridiculous resolution and not settling on 4K.

Dural said:
I love this stuff, thanks for the article.

I wonder what resolution the master of Superman was stored at, I didn't see that mentioned in the article. If they're going to get rid of the original film masters I'd hope they're scanning them in at a ridiculous resolution and not settling on 4K.
Click to expand...

I didn’t link the pictures from the article. If you’re interested, just click the link and you can take a look.

I'm all for new ways to store and archive movies, tv and other stuff. Archiving on cloud servers only is stupid and in danger of being lost forever if disaster strikes. Having a physical copy in a format more advanced than blu ray is awesome.

Glass platters are as old as HDD themselves. Nothing futuristic about this.


And 20TB+ will more than likely be glass for mechanical. Old tech comes anew again.

20TB Hard Drives Will be Made of Glass - ExtremeTech

Hard drive capacities could grow to 20TB by 2020, though hitting these drive sizes will require a rethink of the platter technology used in today's 3.5-inch drives.

www.extremetech.com
Last edited: Nov 6, 2019
You must log in or register to reply here.

ChuckeRearmed replied
May 27, 2022
[MarketWatch] Microsoft faces battle for Activision deal, especially if ‘Call of Duty’ is destined for Xbox exclusivity
2 3 4 5