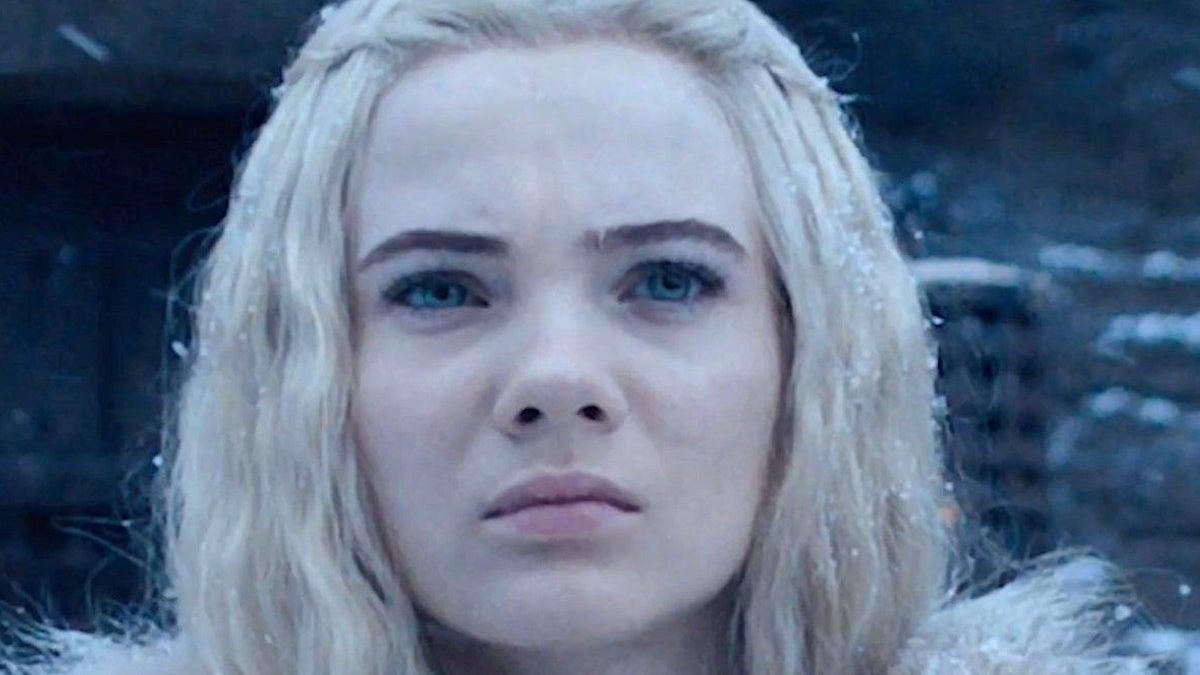 The Witcher might be a property that is largely aimed at mature audiences, but those over at [...]

The Witcher might be a property that is largely aimed at mature audiences, but those over at Netflix are soon going to look to change that perception. As part of a series of new announcements involving The Witcher that took place during Netflix's TUDUM event today, it was revealed that the streaming platform is working on a new TV series that will be aimed at all audiences.

Although not much is currently known about this new show, The Witcher showrunner Lauren S. Hissrich announced today that the series is in the works right now and will be of a much different tone. Hissrich said specifically that the show will be "fun-filled" but didn't go on to offer up any more details on the project. Whether or not it will be a TV series that is of the live-action or animated variety also remains to be seen.


For now, there remains very little that we know about this new kids' show set within The Witcher universe. As of this writing, it seems likely that we won't start to learn more about what form it will take until some point in 2022.

Witcher vs Paw Patrol, fuck off Netflix you sjw cunts 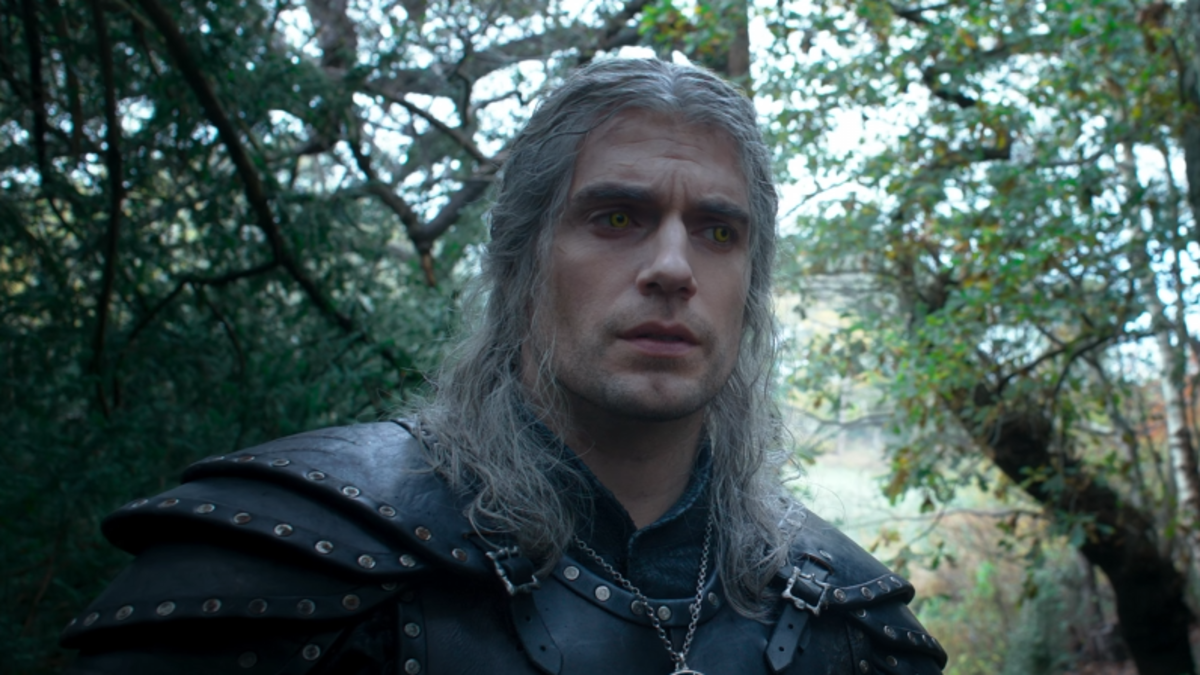 The Witcher: Kids and Family Series Will Be Animated

If you somehow weren't already aware, Netflix's first TUDUM event included an announcement of 'a [...]

The Witcher showrunner Lauren S. Hissrich has confirmed that the new series for kids and family will actually be animated.

The confirmation that the kids and family series will be animated comes out of an EW interview with Hissrich where she also offered new details on the series like the fact that it will draw inspiration from the stories behind the stories of the Witcher novels by author Andrzej Sapkowski.

"That process came out a ton of conversations, which of course broached, if we do a kids and family show, is it going to be The Witcher at all?" Hissrich told EW. "How do we do The Witcher without all of the gore, all of the violence, all of the brutality that we see in the Witcher world? Those things to me are the bells and whistles of this world. If you peel away those layers, you come back to basic tales of morality. That's what all of Sapkowski's short stories are. They're morality tales, they're fairytales. They're based on a bunch of folklore and mythology, the exact sort of tales that Grimms' fairytales do, that frankly Disney movies do. So, it was about, how do we take those same fundamental lessons, those same tales, keep them in the world of The Witcher, but make them more appropriate for kids?"

Great, I made the mistake of starting the existing Witcher series on Netflix with my daughter and ... well I thought that it was too "adult" for a 7 years old at the time.

a kids show on the same topic can only be good.

alabtrosMyster said:
Great, I made the mistake of starting the existing Witcher series on Netflix with my daughter and ... well I thought that it was too "adult" for a 7 years old at the time.
Click to expand...

You screwed up on the research big time.

The only kid I need in my Witcher is a deformed royal fetus.

Now of days when something targets children, there is usually some sort of indoctrination involved. Can't wait to see what it is.

wow they really try to squeeze this franchise as much as possible.
M

perfect material for kids, just like aliens and robocop

The Witcher? For kids?

These mofos have lost their minds.

mortal said:
The Witcher? For kids?
Click to expand...

Mom, I want a viper silver sword so I can cut down that evil griffin next door. Son, that's your friends mom.

Yeah this seems like a train wreck in the making

It's not that new. It's just weird that somebody's doing it now in today's social climate. (Alternately, it was just as wrong back then for there to have been cartoons for R-rated franchises... probably.) There was a time when Rambo had a cartoon, Toxic Avenger had a cartoon, Conan had a cartoon, there was a Police Academy cartoon, Highlander, sort of Starship Troopers...
Last edited: Nov 9, 2021

You screwed up on the research big time.
Click to expand...

No spoilers please, we did not make it that far.
G


alabtrosMyster said:
No spoilers please, we did not make it that far.
Click to expand...

Spoilers, Geralt stabs some npc at some point.

This is kinda weird. The books were not only violent but had a lot of fucked up stuff in them too.

That's not going to be The Witcher then is it,lol....it will be something else.

alabtrosMyster said:
No spoilers please, we did not make it that far.
Click to expand...

You thought it would be suitable for a 7 year old and you're surprised that Geralt stabs a guy with a sword. What were hepl were you even expecting the Witcher to be about?

The Witcher is brutal as fuck, but the world of the Witcher doesn't need to be.

I can see a kid's show with a young Ciri and Johnny the godling getting into all kinds of shenanigans. 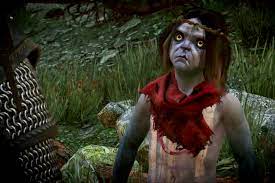 alabtrosMyster said:
Great, I made the mistake of starting the existing Witcher series on Netflix with my daughter and ... well I thought that it was too "adult" for a 7 years old at the time.

a kids show on the same topic can only be good.
Click to expand...

The very first paragraph of first Witcher book has vivid description of Geralt having sex. This stuff was always for mature people, that's part of Witcher's charm - it's gritty Eastern Europe with magic and swords.
Last edited: Nov 9, 2021

….so no trading cards then?

The Witcher 3: Wild Hunt, for kids: I can see it. They want a Harry Potter Hogwarts style show and this is an easy way to do it. The witcher cartoon out now is a good template, minus all the kids getting killed all over the place But the core concept of the Witcher short stories is to show the HORRIBLE "real" events that get distilled and diluted into kids fables. This is a bizarre reversal of the entire point

I just wish they would respect the source material more and not rub over all the soviet occupation/eastern european struggles and history that make the witcher world unique from most western fantasy. But it's netflix so I'm sure they are already working that checklist.

Can't wait to see what the Trial of Grasses is in PG. They need a REALLY obvious metaphor for kid death, like the kids that "lose" go and ring a bell and are never heard from again, so the adults can appreciate what is really happening. I'm also curious how they will handle magic users. Are we gonna get hunchback Yenn again or what?

Will the kids show still have topless yennifer? Thats some quality family programming right there.

Yeah definitely weird.
I guess it could be something like a kid friendly Witcher academy without all the child deaths or something.

Netflix trying to squeeze blood from stones when they happen to have a decent series is nothing new.

It's gonna be shit. No doubt about it.

Netflix is really gonna run this IP into the ground, isn't it?

They always wanna mess with the kids don't they

As long as it doesn't effect the main show. Idc.

Well it was kind of expected. I mean I don't see how it will convert, considering even the books were targeted at a mature audience, since it is not a fun world to be in. But it is nothing new, if something is really popular, they will try to reach younger audiences. I remember back in the days when they made a cartoon of tales from the crypt, which is targeted at a mature audience. They make even kids shows from franchises, which can be enjoyed by nearly all ages (Ghostbusters back in the day, Star Trek Prodigy these days...).

There's a line of children's books set in the 40k universe.
I mean, I haven't read them... But who thought it was a good idea? Creatively bankrupt companies smelling profit, that's who.

Braver souls than me can head over to the black library and buy them all. Alongside The Witcher Netflix show, there's also now a Witcher anime called The Witcher: Nightmare of The Wolf and a The Witcher prequel show in the works. However, the oddest Witcher spinoff in production is a Witcher kid-friendly show. The Witcher Showrunner, Lauren Schmidt Hissrich explains exactly how that will work.
Click to expand...

Kenpachii replied
Apr 20, 2022
Netflix reportedly aiming to offer 50 games to subscribers by the end of 2022
2