This is a really good action adventure TV show and I think they're intending to make 2 more seasons ok let's go.

Welcome to my LTTP on the Mandalorian season 2. The areas that are improved in Season 2 are Din and Grogu (Baby Yoda) chemistry, Din Djarin upgrades (Beskar staff, ignited Darksaber) and robust world building (Multiple places) and it was a pleasure to watch all the episodes.

I loved going to new worlds that gives you many missions like saving a village from slavery, finding Grogu a mentor, it's something I'm sure hardcore Star Wars fans will love, for sure.

I think this show speaks to the Star Wars audience this isn't one director, this franchise otherwise has felt like damaged good, the same franchise that makes games, action figures etc. I mean we're use to seeing movies, being sold trailers and this is a show that is a huge welcomed because we know Star Wars fans expect their franchise at the highest level, it's a franchise that will be around for generations and this show just seems to be like the right move to right the ship. Every episode is a thrill that leaves you excited for every part of the journey. 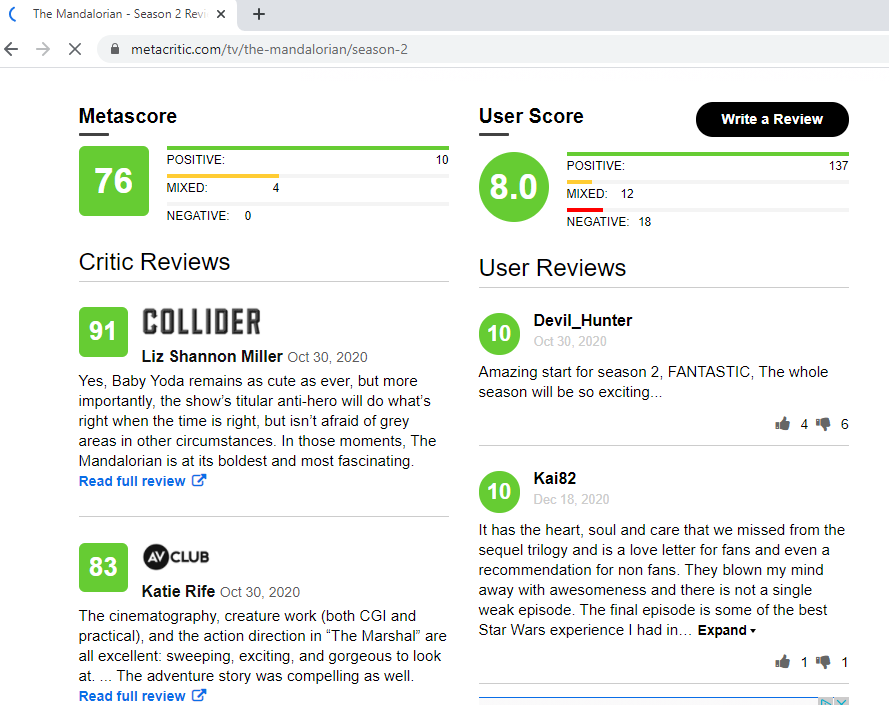 I'm guess a lot of Mandalorian fans haven't watched the movies but the Star Wars universe is HUGE. Here's where the show fit's into the timeline with the old and new movies. (The Mandalorian story happens after the original trilogy and before the new trilogy.

To be more precise, The Mandalorian takes place around 9 ABY (after the Battle of Yavin, the attack on the first Death Star) which is five years after Return of the Jedi. The events in The Force Awakens happen in 34 ABY. This puts The Mandalorian much closer to the original trilogy than the new trilogy.) 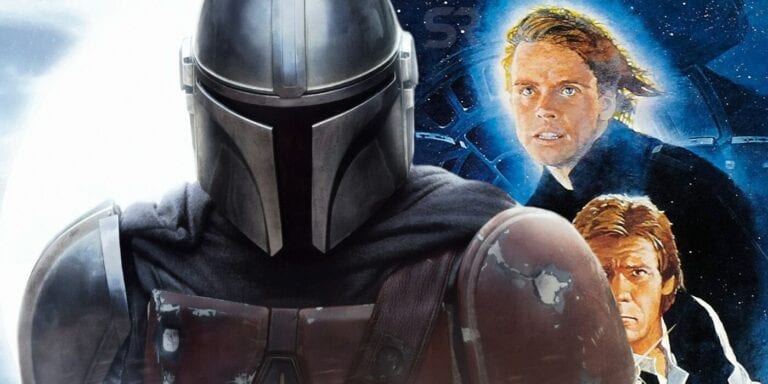 (A mandalorian's advantage is fighting with speed, taking advantage of their jetpacks doing so well help them contend with the Empire, Jedi etc.)

My gut feeling about this show is it isn't ready to contend with great works like Breaking Bad, Game of Thrones BUT you could lump it into those mixes because it's a straight to the point story and btw has a STACKED cast.


Some haven't been quiet on social media...

I think it's great nugget of a show and something to be proud of.
H

There’s already a thread for this.

Nice OP, however very late and you should have had someone proof-read it for you. No offense.

Yeah the season was great but it has been talked to the death already. The only thing left is speculation at this point.

I think it wasn’t as good as season one. The last two episodes were okay though.

Fantastic series. Second season wasn't as good but the ending was absolutely fantastic. I think its a good end to the entire mandalorian saga to be honest. They probably will milk it to death tho.
You must log in or register to reply here.