You are using an out of date browser. It may not display this or other websites correctly.
You should upgrade or use an alternative browser.
T

Aside from the mario sound effects
Click to expand...

Is sonic jam worth Playing?
I kinda didnt know about the 3d mode and the remixed classics
P

Tizoc said:
Is sonic jam worth Playing?
I kinda didnt know about the 3d mode and the remixed classics
Click to expand...

The 3D mode is just you running around doing some challenges for a special reward (a golden ring that takes you to the credits for the collection itself). It's a good collection of the original games, apart from some minor issues from my recollection.

if you do play it, just remember to hit original mode when playing the games because both Easy and Normal lower the difficulty.

I'm debating this myself, since my 360 is currently dead and I haven't played Unleashed in ages, though I remember Empire city having some serious framerate issues.
S

Tizoc said:
Is sonic jam worth Playing?
I kinda didnt know about the 3d mode and the remixed classics
Click to expand... 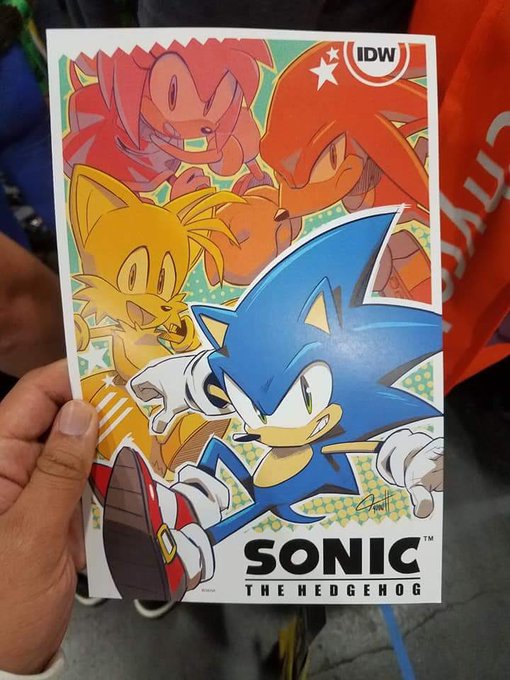 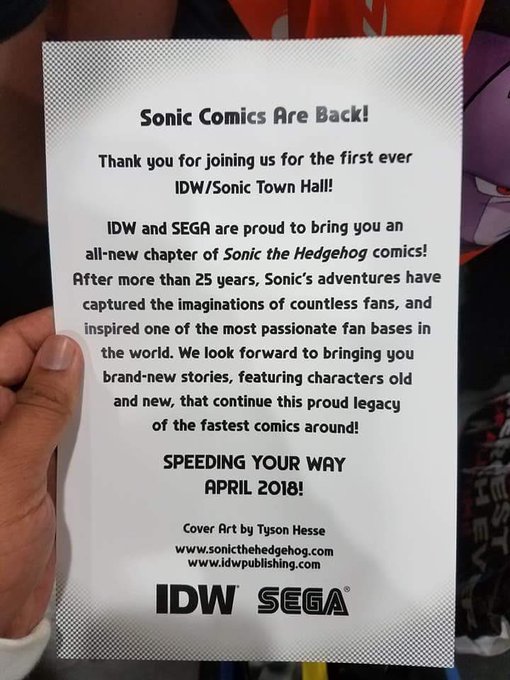 That art is hyyyyyyhype
T

Hesse has even made a rendition of Modern!Sonic that I'm adoring.

Art is on point.
P

Tyson Hesse is a gift
S

Hesse, Diana Skelly, and Evan Stanley are my shortlist of active pencilers I want to see back, with Herms on colors.
N

is responsible for the well-being of this island.

Are any of you looking forward to the 3D sections for Sonic Forces? For me I just want to play another generation type 3D game for the past 6 years.
C

Are any of you looking forward to the 3D sections for Sonic Forces? For me I just want to play another generation type 3D game for the past 6 years.
Click to expand...

I would, but they all look so poorly designed and they physics don't look like they support it very well.
S

I really want to see a full mid-game stage in action. They haven't shown off much of anything past the first couple levels yet, and I can't tell if this is a Generations style setup where the complexity will ramp up after a while, or a Lost World affair where it's actually already peaked and it's all downhill from here.

I didn't want to know a thing about Mania, but I was sold on that from the first trailer. Forces doesn't get that sort of blind faith and they're being way too coy with it.
V

Welp, don't know how many of you all care. But they said what i knew from Day one of the IDW comic announcement.

Alot of that archie shit is gone, there were some people holding out hope since they technically own some characters, but it was made clear its done. They wanna tell new stories, some characters might come back tho

Sega characters can evolve and have shit unique to them again so that's neat. Hopefully they don't mess it up like the last time. I think comics can explore someone of these characters have them have their own unique stuff, but i'll be damned if the last time they didn't mess it up the worst way possible resulting eventually in what the reboot was.

I hope its good. Also they said crossovers may happen in the future, so the Sonic + MLP crossover is now a timeline

Are any of you looking forward to the 3D sections for Sonic Forces? For me I just want to play another generation type 3D game for the past 6 years.
Click to expand...

I'm looking forward to playing as shadow, and expected the 3d sonic sections while from what i am understanding are watered down, will most likely be the best parts of the game


Sciz said:
Forces doesn't get that sort of blind faith and they're being way too coy with it.
Click to expand...

This is in particular how I am feeling, form the narrative to the gameplay, sega has not earned any air of mystery. They have messed up too many times, they should have just laid all their shit out of the table, though I fear their reluctance isn't hiding some mystery, its hiding flaws.
V

Outside of Freedom Planet and Spark are there anymore Sonic-style indie games out there?
S

Unrelated to IDW, have a kind of morose Flynn/Thomas prologue comic for Forces feat. the Chaotix and Generic Resistance Guy. More to come, apparently. 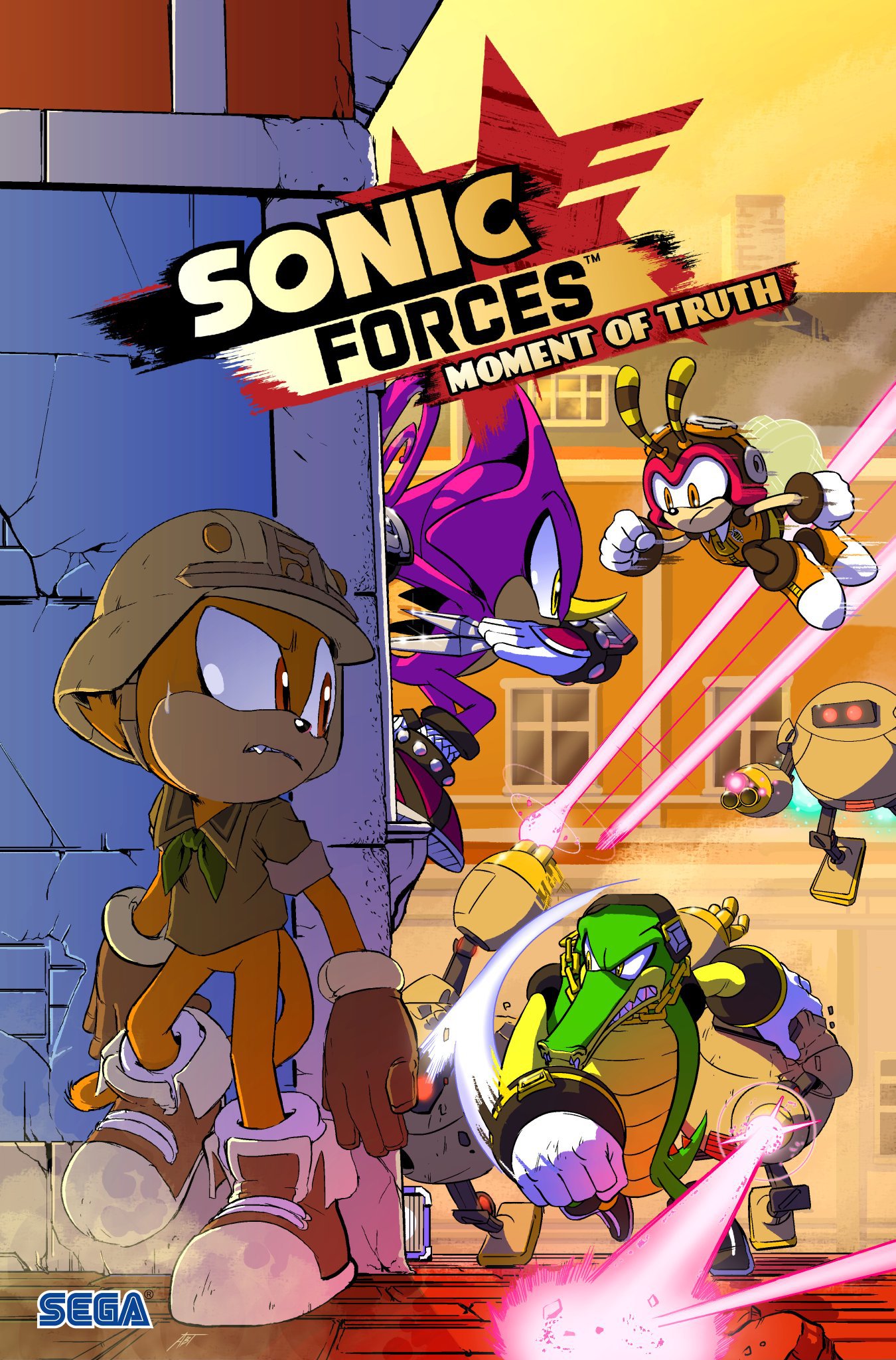 So... has the community any comments over the title of vocal soundtrack CD of Forces? Japanese Sega branch can't be so on the nose while doing things seriously, can they? Wait, don't answer that.
S

stan423321 said:
So... has the community any comments over the title of vocal soundtrack CD of Forces? Japanese Sega branch can't be so on the nose while doing things seriously, can they? Wait, don't answer that.
Click to expand... 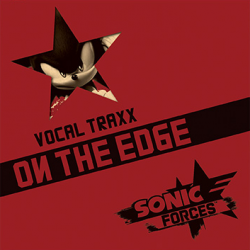 Me: Oh, they're doing the 'Traxx' thing again, lol
Me: *notices*
Me: I can't believe you've done this

-No known price per issue yet

-Mighty, Ray, and the Hooligans are apparently fair game for this comic

-They can't say yet whether this is a new continuity yet

-These issues will be available in comic stores

-No origins planned for the cast yet. This first year will focus solely on the "here and now"

-This is primarily a Modern-based comic, but look forward to bits from Classic and Boom

-They don't know if there will be a subscription service yet

-Tyson Hesse will be involved in the comics, "to some capacity"

-This comic will have some familiar artists, some new

TheOGB said:
who are these people asking for Mephiles to be written back into existence
Click to expand...

I know a bunch of the japanese fans are fond of him, there are some here too. Ian was going to use him as shadow's villain in the reboot, sega said no though.

He's a character that looks like shadow so... that's enough for some I guess. I was never too fond of him.
O

To be honest, I'd probably prefer Mephiles to be in Forces rather than Deadly Six guy who I don't care enough about to remember his name.
S 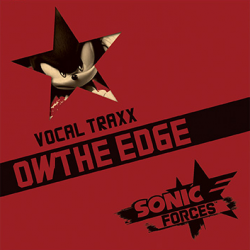 I was hoping someone would do this lmao
Z

This is good music, tho
C

Zero-ELEC said:
This is good music, tho
Click to expand...

Remind me if PC versions get the Persona 5 outfit in Sonic Forces?
J

Hey people! I just got a Switch and about to buy Sonic Mania on this console (I also have an Xbox, but the fact I can play Sonic on my TV then in my bedroom is like a child dream).

I heard the Switch version may have some issues, like the home button having some troubles with the UI, but I think this one was patched a few weeks ago.

Anyone playing Sonic Mania on Switch and able to tell me if it's okay to buy the game right now, or maybe wait some time for other fixes?

I haven't checked it post-patch, but even at launch, the minor issues Mania Switch had weren't worth skipping it for.
F

Tizoc said:
Remind me if PC versions get the Persona 5 outfit in Sonic Forces?
Click to expand...

According to Aaron Webber on yesterday's stream, the PC version is getting the Person 5 outfit, though it might not be available in some markets.
L

question, what the status of sonic runners adventure?
anyone have this game?

SpikedGunner said:
According to Aaron Webber on yesterday's stream, the PC version is getting the Person 5 outfit, though it might not be available in some markets.
Click to expand...

That's...concerning. Then again modding would allow one to access it so I shouldn't worry about it much.
L

Tizoc said:
That's...concerning. Then again modding would allow one to access it so I shouldn't worry about it much.
Click to expand...

Denuvo gets cracked days before even a game would release on PC nowadays.
Once it's cracked mod away
P

I finally finished Sonic Mania 100%, and it's exactly as good as I was expecting it to be. I had a lot of confidence from the announcement trailer and the mobile ports that they'd create a real successor to 3K, and that's what they did. I kind of wish I had lower expectations so I could feel as blown away by it as some others were, but it's just a really fun game.

I only have a few complaints. Sometimes the new parts of acts and zones leaned a little too hard on the speed aspect and bounced me around at super speed too often and for too long to keep feeling exhilarating. And I'm sure everyone's said this, but I'd prefer a game made up of entirely new zones. It's okay, Sega, the game will still sell without Green Hill Zone. It's hard not to be a little disappointed after finishing an amazing new zone like Press Gardens and realizing another remixed zone is next.

Those are my only two real complaints. Other than that, they nailed it. The physics are perfect--it's exactly how I remember 3K besides jumping out of a roll. Finally, I can once again jump with proper timing halfway through a loop to gain a ridiculous amount of speed. Finally, I can pull off trick jumps by jumping at the perfect angle and speed. Unbelievable that it took for fans to show Sega how to do it after their Sega's horrible, almost insulting approach to Classic Sonic in Generations.

They even improved some aspects the Genesis games flubbed. The bosses are actually pretty good, with only two shitty ones. The new special stages are by far the most fun in the series. I wouldn't have minded a few more of them instead of the, what, 40 Blue Sphere stages?

I really appreciate that Mania, unlike Sonic 4 and NSMB, did not constrain itself to imitating the first entry in the franchise, with the promise of half the best improvements you remember from the series to maybe come back later. They set out to make a real successor to 3K, inheriting all the fun features that game introduced. Three characters featuring different routes, elemental shields with even more environmental interactivity, unique act gimmicks and music, zone transitions (though they strangely disappear later in the game)...

I could go on nitpicking little things like Sonic's walk animation not being as cool as Sonic 2 or 3's or the final zone overstaying its welcome, but I'm just happy to finally play a worthy successor to one of my favorite platformers. It made me smile a lot and even laugh a few times (that Hydrocity Act 1 boss, man). Can't wait for a Mania 2 helmed by the same people with all-new levels
right?
V

Its not too long till forces and I feel like we still dont know much about the game and the twitter info is...redundant at best.

Double posting but whatever this is worth it:

Sega's new NA online shop went up earlier in the week and it's kind of predictably full of bland and uninspiring merch, most of it t-shirts, coffee mugs, and notebooks.

But then there's the soap.

Expensive, seventeen bucks a bar novelty soap, but that's still not particularly notable in its own right.

What's notable is the copy they wrote up for the back of the boxes this stuff comes in: 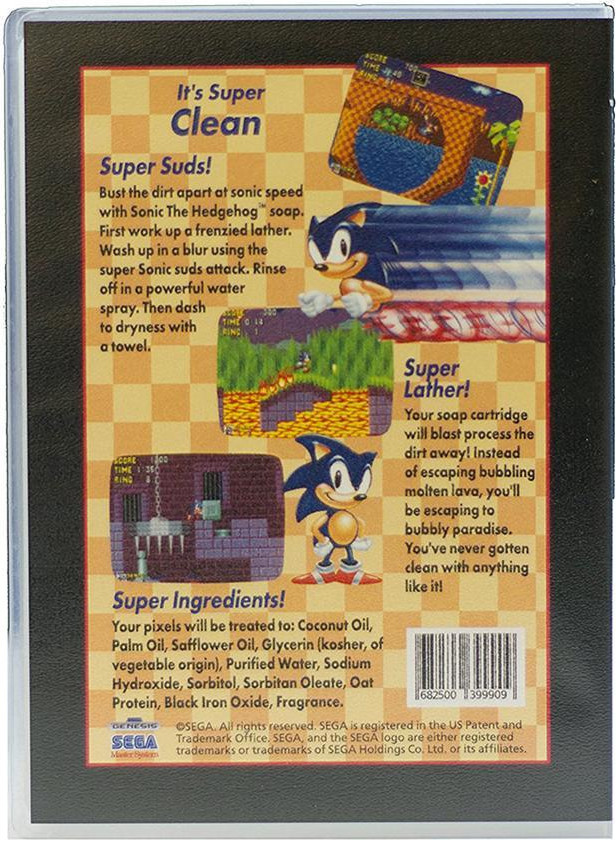 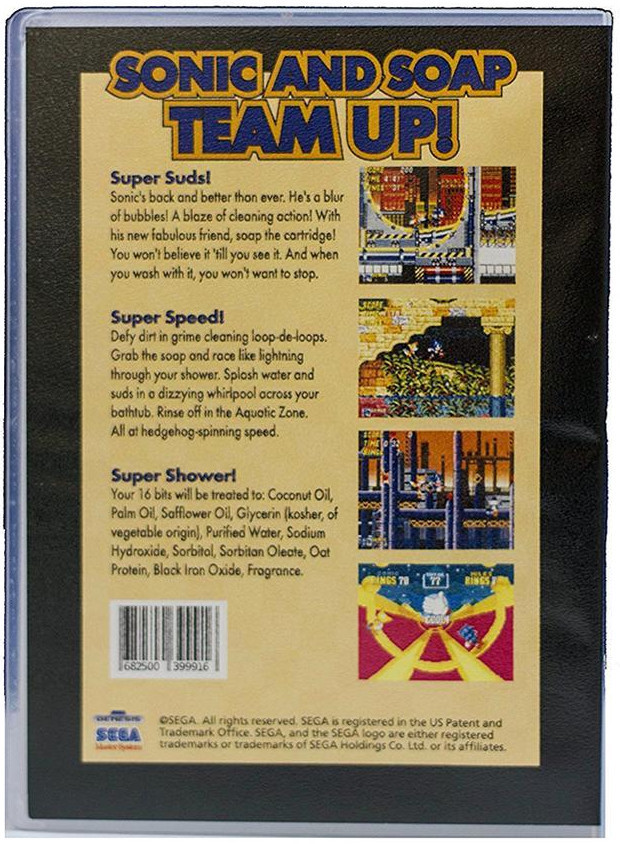 there was effort put into those soaps
P

Mr. Smiley said:
there was effort put into those soaps
Click to expand...

Soap has a good relationship with Sonic 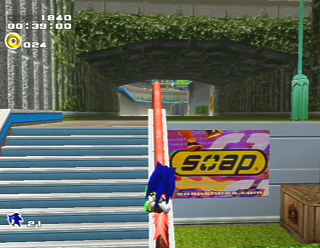 what the name of the OT?

I mean, there's no other appropriate title than that tbh
You must log in or register to reply here.

May 20, 2021 started Grand Theft Scratchy
May 22, 2021
AzafuseYugi
Opinion Rumor Game Dev SEGA Is Turning Sonic the Hedgehog Into a VTuber, Wants To Open Up Theme Park