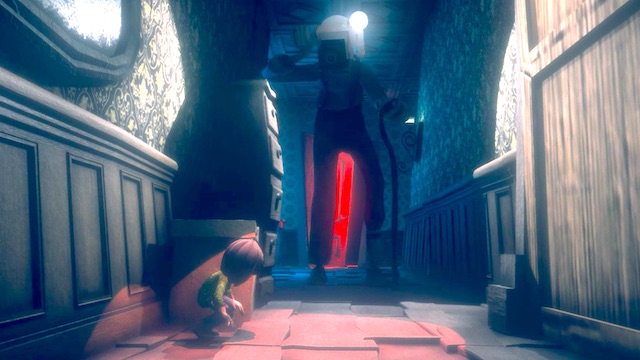 Obusite is a beautiful and very tense Little Nightmares inspired cinematic stealth horror platforming adventure where a child attempts to escape from a man who traps people in photographs.

Created by students at the TechnocITé Center, Obusite is a beautifully crafted cinematic stealth horror platformer set in a labyrinthine creepy old house. In the game you are a small child who is attempting to escape the house, but to do so you’ll need to solve puzzles and use stealth as you avoid being captured and photographed by a creepy old man. Being photographed doesn’t just take your picture, but it takes you too, trapping you inside a picture for eternity.

Obusite is clearly heavily inspired by Little Nightmares and the start of the game isn’t particularly exciting, but once you get into the more interesting areas of the house the game really comes into its own. The art design is fantastic, the level design is well thought out and there are some very intense chase sequences. The old man is surprisingly menacing and getting your picture taken has never been so scary! Highly recommended.

Clearly someone had bad experiences growing up with an amateur chronicler in their family.

It's not inspired, it's a copy without the superb graphics, sounds and animations.
Reactions: Kuranghi

It's the first promising Little Nightmares inspired game, so this gets a pass before the wave of blander copies and because many other "early access" indie game are way crappier.

I hope they'll refine their AI animation and art direction, but this could be a cool game.
You must log in or register to reply here.