New X-COM book, Monsters in the Dark, explains the special kind of terror that made the first game a classic No series has defined the past and present of turn-based strategy more than XCOM. The Firaxis-made games in the series, XCOM: Enemy Unknown and XCOM 2, are two of the best games of the last decade. The whole series, which dates back to the mid-'90s, is one of PC gaming's most beloved, even with its history of forcing us to make painful decisions and the questionable third-person shooter spinoffs.

Monsters in the Dark: The Making of X-COM: UFO Defense is a new book from author David Craddock, which tells the story behind the first game in the series (UFO: Enemy Unknown in the UK) and the early years of creator Julian Gollop.

Craddock has shared an excerpt from Monsters in the Dark with PC Gamer, which you can read below. It's scheduled to release October 5 with several editions available for preorder. The Kindle version is $10, a paperback copy is $30, and the special hardcover edition—which features exclusive content—is $50.

Horror movies leave impressions on audiences by shifting between tension and terror, or horror, or both. The difference may seem semantic but is consequential. Horror is defined as the revulsion one feels after a frightening sensory experience, such as a jump scare (Doom 3's predilection for monsters lunging out of hiding places) or a sudden noise (unseen objects clanging in the ventilation of Dead Space's derelict spaceship setting). Terror is that tingling, stomach-dropping sensation of dread and foreboding experienced before a frightening event.

Horror is visceral. Its goal is to elicit a reaction, such as making an audience flinch back or scream. Terror is psychological, making it harder to pull off. The key, which filmmakers have spent decades practicing, is the slow build. Players should experience dread during UFO's Battlescape missions as they maneuver their soldiers and keep one eye on shadowy areas of the map where aliens may—or may not—be lying in wait. Foreboding happens earlier when the flicker signifying an alien shape flits across their Geoscape interface.

"Once the dramatic intro was done with and the player was in the Geoscape section," explains Broomhall, "I wanted the music to fill them with a sense of unease and foreboding. A perpetual gloominess that the next UFO threat was inevitable and the world now had to live in this atmosphere of dread, anticipation, and grimly determined resistance."

Broomhall employed no instrumentation to create the Geoscape's two tracks. The first started fast and somewhat upbeat, the sort of motif one might expect to hear in an action movie as a hero carefully defuses a bomb. The music was fitting, adding weight to what might otherwise be construed as busywork as players sit at the Geoscape screen mulling over their base layout, checking in with scientists on the production of new weaponry, choosing sites on earth to build new X-COM facilities, and looking over financial reports.

Fourteen seconds into the track, the melody was interrupted by two deep sounds. They struck without warning—boom, boom—throwing off the measured beat of the melody that players may have subconsciously picked up on. The music continues as if nothing happened, leaving players slightly unnerved and listening for disruptions in what is otherwise a tense but somewhat playful rhythm. The foreboding has set in, until, at the 28-seconds mark, two more beats of a big bass drum: boom, boom. Players, expecting them but not yet sure when they'll hit, feel them in their chest as much as they hear them.

The track runs over eight minutes, quite lengthy for an era when most music loops in games run two or three minutes tops. Over time, the chords descend, lowering to the pitch of the booms. It's burrowed beneath their skin, exactly what Broomhall wanted. "I guess I like the Geoscape best musically," he says, "but perhaps the piece that stands out most is the music for the tactical game. It just seems to have nailed the right mood."

Broomhall wrote and recorded multiple tracks for Battlescape missions, but the one he's most proud of is easily the game's most memorable and most unsettling. From watching QA testers play and getting hands-on time with the game himself, he gained an appreciation for the slow, methodical pace of deploying troops, arranging them, and then scrambling to mount an offense when aliens spring out of the dark. "In the tactical game, it was all about providing a tense backdrop," he explains.

In films such as 2014's It Follows, foreboding music can create and enhance a feeling of dread, as if something bad will happen at any moment. It Follows does this by dropping discordant notes that break up the score's rhythm. That technique is writ large in his favorite Battlescape motif. Whereas low booms noises popped up in that track seemingly at random—they were deliberate but timed to feel erratic—the first Battlescape motif is all deep reverberations that thump from speakers like a car blasting music with the bass cranked all the way up. They come in waves that fade in and out and soon mingle with the thud of players' beating hearts as they inch their troops around corners and into the shadows of terrain.

Broomhall created such unsettling audio by changing up his process. In previous games, he would cater to higher-quality sound cards like Roland's LAPC-1. Working on UFO, "I realized it made a lot more sense to tackle the biggest technical challenge first—the FM nine-voice sound card—and that if you wrote the music taking into account the limitations of those cards, you made your life easier. Upgrading the same music for the better tech was, relatively speaking, a breeze."

Besides simplifying his workflow, Broomhall's revised order of operations lent the Battlescape track its guttural timbre. "The sound of UFO on a SoundBlaster card represents the original concept, and the timbres come from custom designing FM synth sounds in the MicroProse editor, I think created by Andrew. In practice, what this entailed was mucking about with the editor, experimenting with the game in mind, to create instrument sounds that might be useful and fit in with the UFO vibe. Out of that process came an instrument palette that I could load into the sound card and address via MIDI running on an Atari ST."

Players should notice discordancy in the track's pulsing reverberations. It's deliberate and owed to a cue Broomhall took from Alfred Hitchcock's Psycho. Hitchcock didn't come up with the idea. The film's composer, Bernard Herrmann, wanted to create a unique sound to complement Hitchcock's uniquely terrifying script, so he ditched traditional orchestral palettes such as a panoply of brass, woodwinds, and percussion and wrote the score using only strings. One of the advantages of strings, Herrmann knew, was they can hold notes for much longer than other instruments. His score did just that and layered dissonant notes on top of them. Most moviegoers couldn't put their finger on exactly what was making them squirm; odds are it was Herrmann's brilliant layering.

Musicians have honed their ability to inspire dread over centuries. Franz Liszt, a Hungarian composer in the 1800s predisposed to the macabre, opened his Mephisto Waltz with dissonant notes played by the orchestra that transitioned into fifteen minutes of spine-tingling piano music. Broomhall's Battlescape theme tapped into the same effects. "I thought it might be good to subtly change the tempo up and down a couple of beats per minute here and there so that just when your brain had locked on to the repeating pattern and its regularity, it was subliminally disrupted," Broomhall recalls. "It turned out this was very unsettling. With that as the backdrop, I added some slightly odd notation, uncomfortable in itself, and then on top of that, there's some randomly placed strange alien FM noises."

While the Battlescape theme ran under two minutes, its creepiness hit the mark. "People from all around the world, through all the years since the game was released, have told me it had a profound effect on them," Broomhall says.
Click to expand... 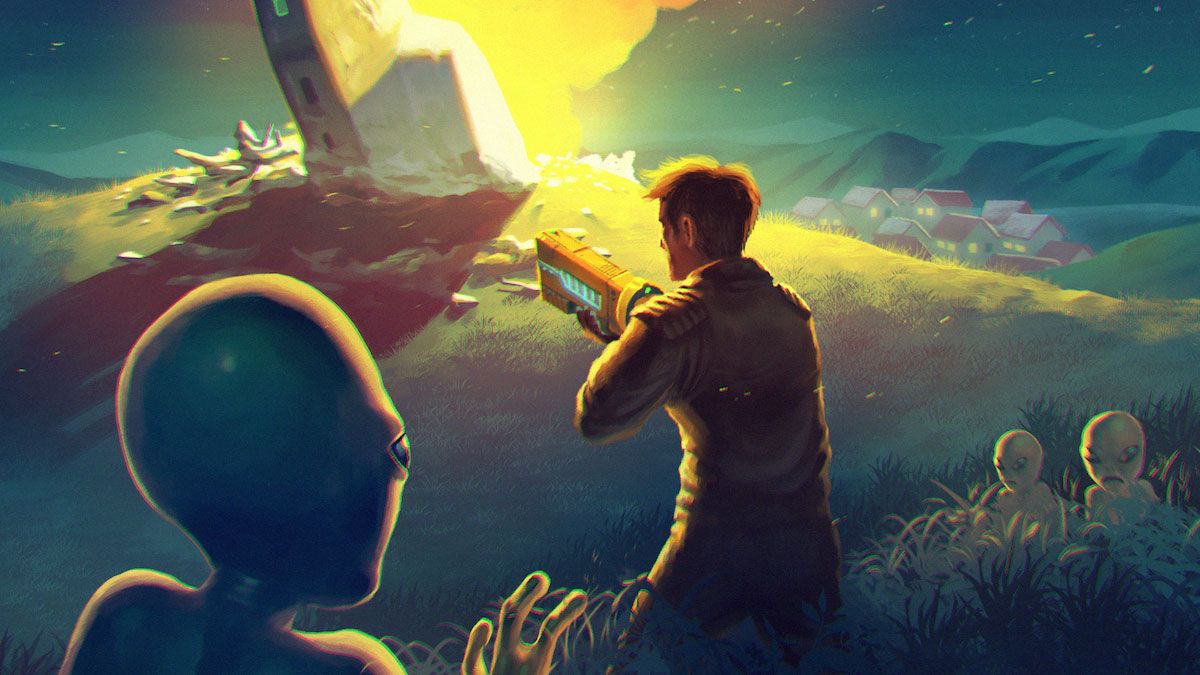 Monsters in the Dark: The Making of X-COM: UFO Defense details the development of the series' first game.

The music in the game was awesome. I had a good sound card too that played back sampled instruments instead of the usual FM MIDI sounds.

I hope they bring back the creepy atmosphere. I love Xcom 2 WoTC and its probably my favorite xcom game but it sometimes felt more like a superhero game.

X-COM UFO-Defense is awesome even today.
No game, maybe Doom3 and Dead Space, was able to replicate the fear of a Chryssalid encounter.
Played it on the PSX with 5+ minutes loadings.... All of them worth it. 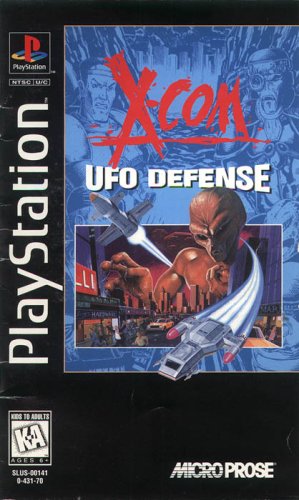 Will check the book for sure.

The music in X-COM: Apocalypse is pretty great too. Broomhall composed for all three original games.

I really like Michael McMann's music in Enemy Unknown too.
You must log in or register to reply here.