The first game I can remember playing is Bible Adventures: Noah's Arc... Yeah, I wasn't allowed to play much initially and this game sucked. 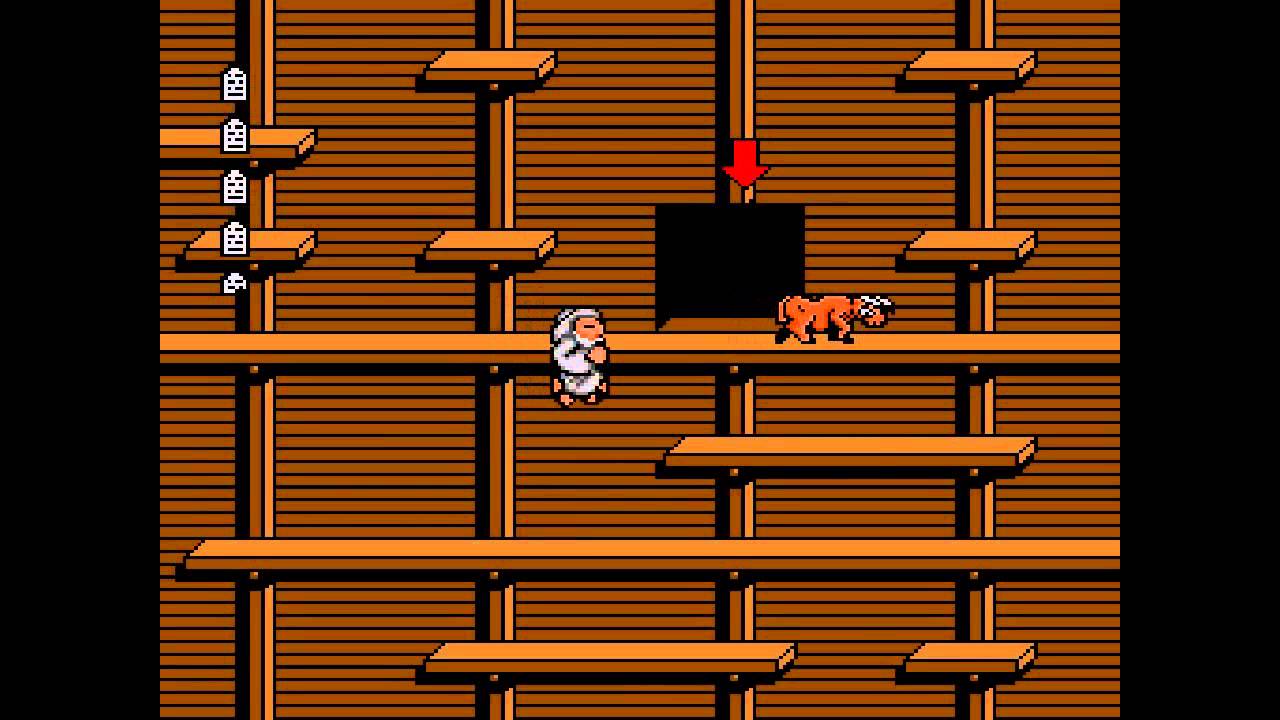 The first game I actually remember beating was the Mighty Morphin Power Rangers game on Sega Genesis. That game was so much better and I still remember my older brother and I beating that last level on the moon. 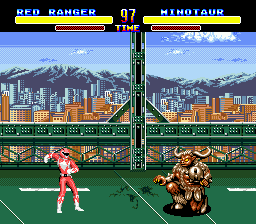 StormCell said:
Ugh. There are so many good entries in this thread. My own story seems a bit more complicated. I owned a Tandy 100 tapedeck (TRS-80) in the early to mid-80's. My parents wanted me to learn small amounts of BASIC programming at about the age of 4--which I did. I also had a couple of games for the system (that I didn't have to completely write in by hand). One was called Downland.

I don't remember ever really having fun playing this, but I played it quite a few times because I wanted to have fun. It was a very unforgiving game. Like, you would climb the rope only to fail to jump from the rope to the ledge because the button input failed or something, and so you would fall to your death. And there was dripping acid from the ceilings along with falling boulders. There was a lot of dying to be done here. And the worst part is that each of those keys would reveal a door, and sometimes that door would be revealed on a completely different screen meaning you would have to backtrack through all the clumsy obstacles you just barely completed to go find a door.

That's the thread guys pack it up

I think it was an NES game, Adventures of Dino Riki. I was tiny, like 3ish maybe, and my sister got an NES with that, the Mario/Duck Hunt pack, Donkey Kong Classics and TMNT.

This was honestly a fun game to play. I remember flying around as Bartman and the Great Wall of China. I definitely didn't progress very far into this one, though.

Something on Atari 5200. Not sure which was first as I was pretty young, but remember having Pac-man, Frogger, a Popeye game and a Star Trek game. The button on the joysticks kept breaking so we mostly could only play stick only games like Frogger.

So I really didn’t truly get into game until a few years later when we got an NES with SMB and a Duck Hunt.

StormCell said:
This was honestly a fun game to play. I remember flying around as Bartman and the Great Wall of China. I definitely didn't progress very far into this one, though.
Click to expand...

Same here.
I remember this game being a pain in the ass. Always kept drowning when I turned into Bartman on the boat.

Was completely clueless and just died repeatedly. And it spookered me. 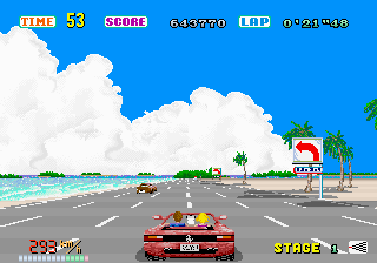 There was an arcade at near my school waiting for the bus.

Pong on a binatone console 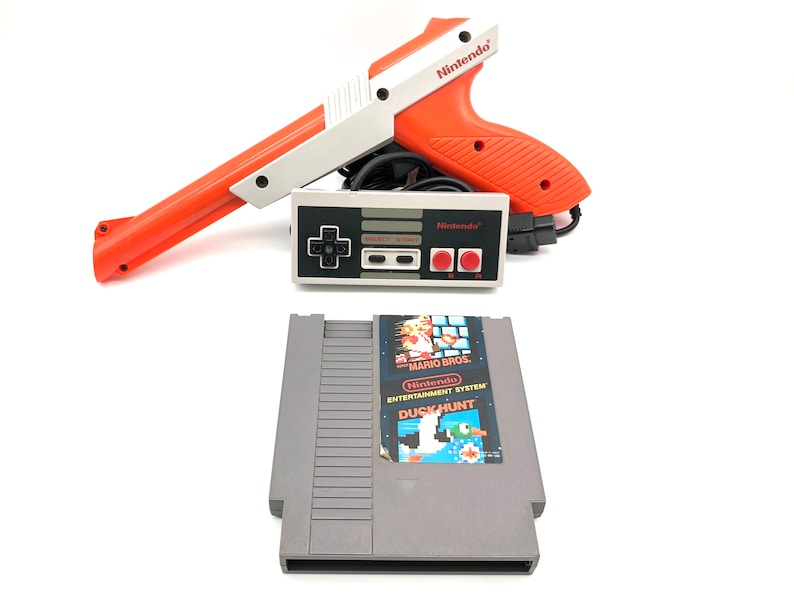 and Zork in ms dos 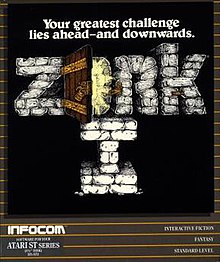 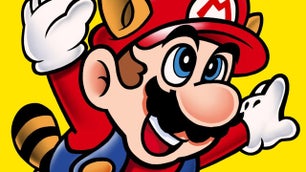 It was good ol Kingdom hearts 1. Yep, I'm a zoomer. My Dad's cousin introduced me to videogames and she loves KH. I chose proud mode cause I thought it meant it would help me play like an expert... then i found out it was FOR experts.

Now the first videogame I ever SAW was Luigis Mansion. My older cousin never let me play it.

Monster in my Pocket on NES 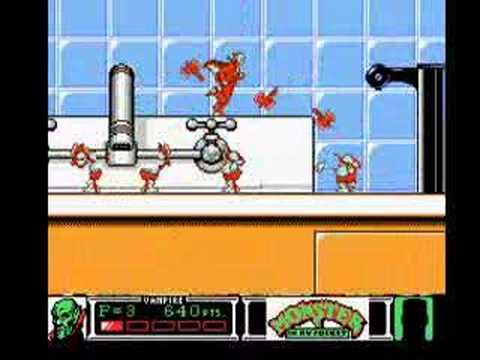 Centipede atari but in black and white

and yes, it was for the Master System, not Mega Drive

A long time ago in a pizza parlor far away... 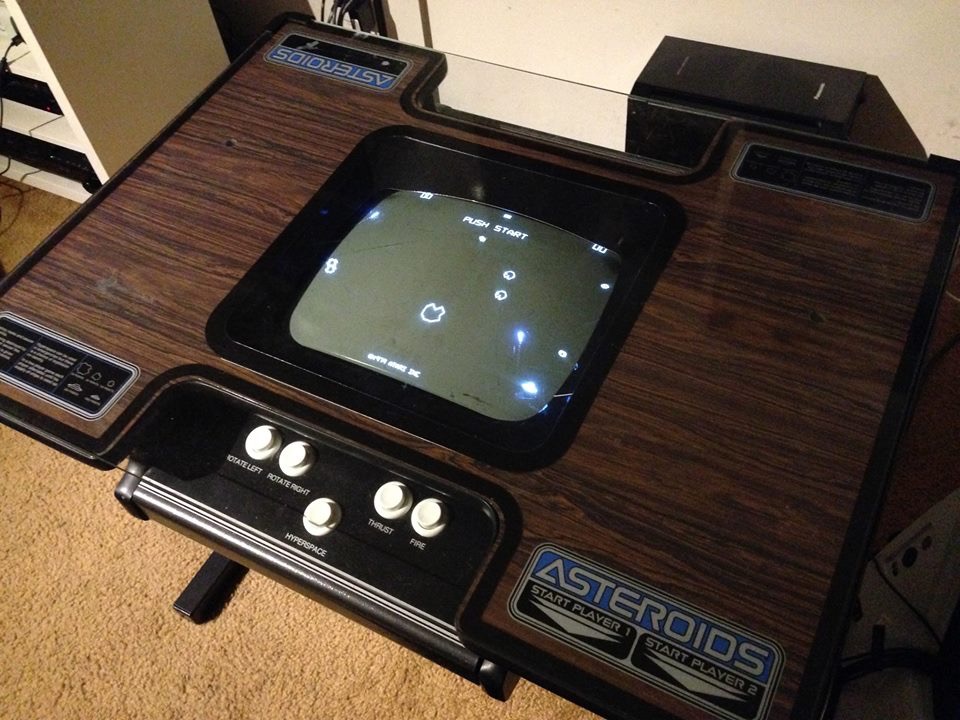 When I was a kid we had an Intellivision and my memories of early game were of Astrosmash (probably no one here even knows the game) you shoot meteors from below and the separate in to chunks smaller in size it was a lot of fun back in the early 80s (some notable mentions from that console that I remeber were shark shark and night stalker)...

At the same time I had an apple iic computer. My earliest memories of that were Micky's space adventure, lode runner, and Choplifter.

At the same time the apple iic got replaced by IBM 8080 which had 4 color display until we upped it to ega 16 color adapter. Played the early Ultimas and phantasie rpgs. Also early seirra games.

Got a 386 by 1990 and that changed every thing. Gold box Ad&d, Ultima 7, Ultima underworld, wing commander 2, CD rom and Soundblaster card and svga 1mb gfx card. The kings quest, and other seirra games, wolf 3d, might and magic 3, 4 and 5, Sim city, civilization, Sim earth with its 800pg instruction binder, populous, xwing, . So many awesome memories.

Consoles were OK, loved my tg16, got a genesis but really they didn't pull me anymore seemed to simplistic compared to the amazing games on pc. That didn't change until ps1 made console gaming for adults. To this day I play both but different style games on pc and console.

First time I saw a game running was on a black and white tv, it was the first Zelda game.

He didn't let me play though.

The first game I ever played with Duck Hunt on my dad's friend's nes.

that would be alley cat I vaguely remember playing a Superman game on the SNES. It might have been this game. I also had Super Mario Bros, Legend of Zelda, and Street Fighter

Subterranean Stryker on my Dad's Amstrad CPC 6128. This will have been in the early 90s when I was about 5, I guess? 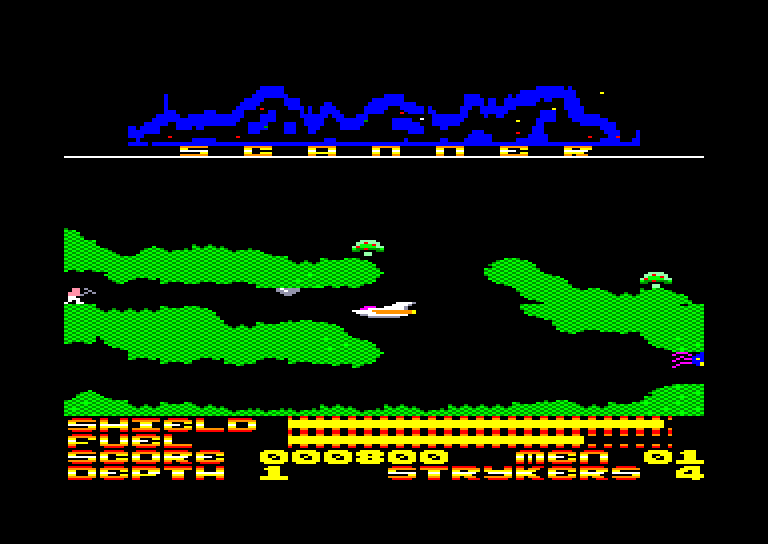 I'm sure it was something on the Atari 2600 before age 5. At age 5, I got my NES and my first games were Mario and Duck Hunt because they came with the system. My first game purchase was Amagon. 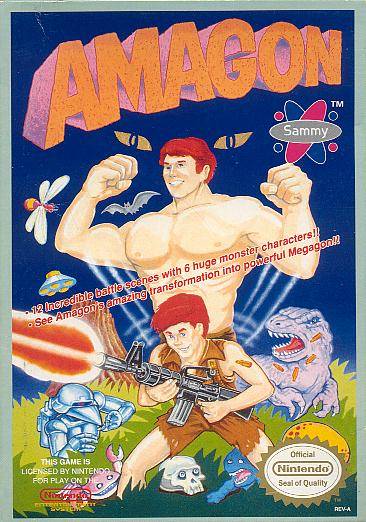 I see there's a lot of older gamers here.
I myself don't know which game was exactly, it could've been Sonic or Mario since my cousin owned a Sega Saturn and a SNES, i also remember playing some games like a Pitfall clone and Dangerous Dave. However, the one i have the strongest memories of as a kid was Test Drive 5 on PC.

pitfall on the Commodore 64

A platformer game that I was playing on a ps1.I dont remember the name tho it was a long time ago back in 2001.Its been nearly 19 years and I still couldnt find the name of that game. Space Invaders on a Texas Instruments something or other and various games on a Magnavox Odyssey II (Pac-Man clone, Invaders clone etc.). 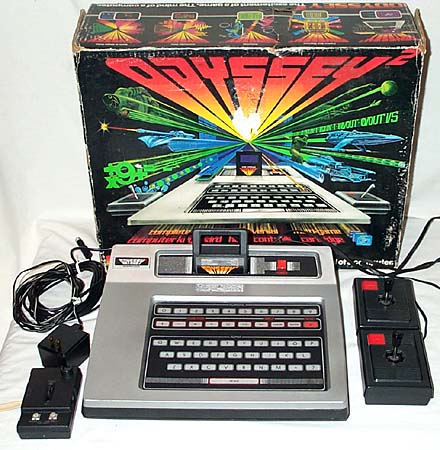 I probably was 3 to 6 years old during this.

Later it was Spacewar and Digger on a single digit mhz PC with a whopping 20 mb ! harddrive. 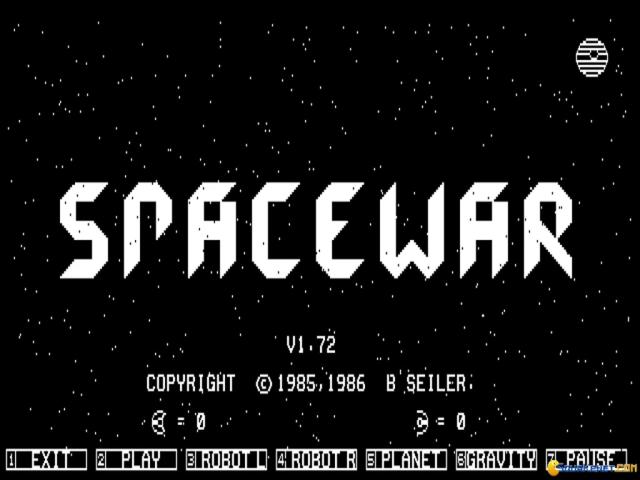 These were all fairly simple. Sometime during the Teenage Mutant Ninja Turtles craze (late 80's early 90's) I got a TMNT NES bundle. That game was frustrating as hell, but I still loved it due to my fandom. Then T2 Terminator 2 which again was a frustrating/bad game but I loved it because it was the effing Terminator! Similar situation with RoboCop.

The really good games I remember enjoying on a more deeper level were Powerblade and MegaMan. 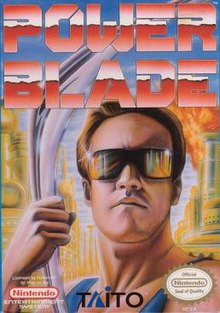 Somewhere mixed in all this are also Pirates! and The Last Ninja on C64

Oh what country is that mega man box from? "High definition graphics, state of the art".. Lol I don't remeber the US cover with that. At least your box wasn't some weird looking Jr high school drawing of a goofy man 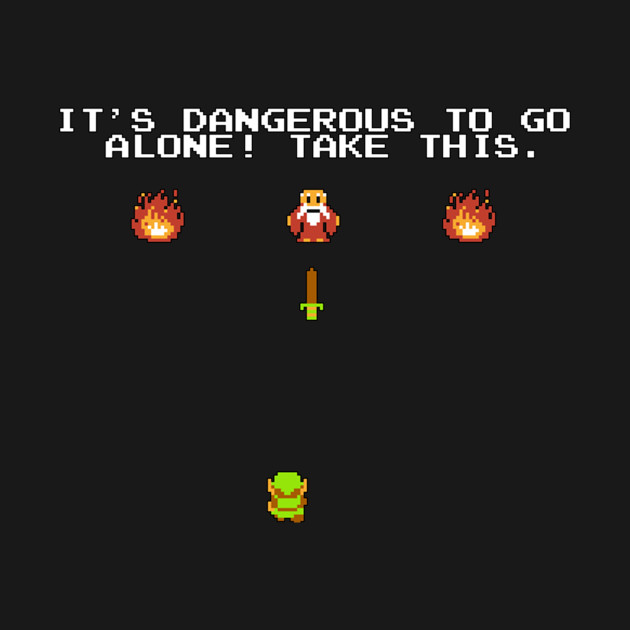 Super Mario Bros. We got an NES on Christmas and I had absolutely no idea what it, or a videogame was.

Must have been either Madden or NHL on the Genesis with my dad...... ? Or perhaps Sonic with my cousin on his Genesis.

Wow time sure does fly.

EDIT: Wait, could have also been Mario on NES with my other cousin. Jeez I don't even remember exactly.
Last edited: Apr 24, 2020

Oh what country is that mega man box from? "High definition graphics, state of the art".. Lol I don't remeber the US cover with that. At least your box wasn't some weird looking Jr high school drawing of a goofy man
Click to expand...

Heh. No it wasnt my pc. I was like 6 or 7 when my older brother got it. I dont remember if it was 1 mhz but single single digit Im pretty sure, so between 1 and 10 mhz. Yes it was very expensive, in the ballpark of 30.000 DKR (about $4300) in 1986 mind you. Black & white screen.
Thats the Mega Man cover we got here in the Faroe Islands. I suspect it was the cover for PAL regions or at least the Nordic countries.

ClanOfNone said:
I played a ton of Combat on the 2600 at a neighbor's house. Dad bought home an Intellivision in 83, I think, and that had the first games I played with "depth." Or as much depth as you could get in that hardware gen.
Intellivision's much maligned controller, which was terrible let me tell you, was also the system's greatest strength. The keypad, and the myriad of overlays that games had for it, allowed for a level of depth that you didn't really see in other console titles of that era.
Click to expand...

Great, figured I was the only one with an Intellivision. That console wasn't as popular but man did it have much better looking graphics and games than 2600 at the time. Higher resolution and number of colors. The controllers may have been awkward, but they were unique. Better than the Atari stiff stick with solitary button. These controllers had 4 buttons 2 on each side, a anlaog disc for movement and like you mentioned the phone like number pad with overlays for 8 more buttons. Also some games had speech. Keep in mind this was before nes.

Cock of War said:
Heh. No it wasnt my pc. I was like 6 or 7 when my older brother got it. I dont remember if it was 1 mhz but single single digit Im pretty sure, so between 1 and 10 mhz. Yes it was very expensive, in the ballpark of 30.000 DKR (about $4300) in 1986 mind you. Black & white screen.
Thats the Mega Man cover we got here in the Faroe Islands. I suspect it was the cover for PAL regions or at least the Nordic countries.
Click to expand...

Yeah its amazing how much pcs cost back then. Some where in the 4k range and would go obselete in a year.

I learned something new today, didn't even know the Faroe Islands existed. What beautiful landscapes. Amazing. Plus houses with grass roofs. Seems to be a trend in these photos or is that just select locations. Very cool looking buildings and cliffs. Must be very cold though.

Y'all old asf. For me it's a mashup between Goldeneye, Ocarina of Time, Mario 64 and Banjoo. They all kinda mash together as the first games I remember playing myself.

Battle City on a Famiclone in '99, on a black and white TV. I was so baffled about the fact that a little tank moved when I pressed a button, it felt surreal at that time.

Space Invaders at a bowling alley in 1979. 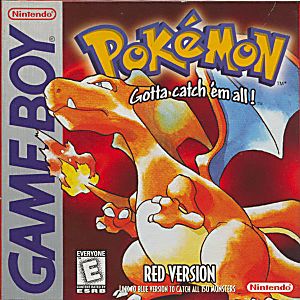 Every kid in my street was playing it. I feel the experience of truly "discovering" a game on your own has been lost these days, with guides and youtube and whatnot often available before the actual game releases.
We used to share strategies and myths, i.e. how to find Mew, amongst ourselves. And no one had any way of factchecking things, so there was always loads of hoax bullshit involved that kept us occupied nonetheless.

Can not for the life of me remember the name.
You must log in or register to reply here.

Hellgate: London - 15 years later, what do you think of the game?

nani17 replied
Feb 25, 2022
Games you were playing during a specific time in your life.