adamsapple said:
Shut down without any prior notice ?

That's incredibly shitty of them, even if they're old games that don't get a lot of traffic. Still, let people know if they want to try and get trophies/achievements locked behind online stuff first.
Click to expand...

Hadn't realized they just cut them off in one go, I thought this was just the announcement of eventual shutdown. It is surprising they didn't announce cutoff dates beforehand.
M

I guess this is nightmare to maintain. You have dozens of studios you've bought and they have ten year old rarely used multiplayer games. How do you make sure they are still secure on multiple ever evolving platforms and actually work as expected.
Last edited: Apr 26, 2022

anthony2690 said:
Queue all the people angry or upset about games being shutdown that they probably haven't booted up or even thought about in the past decade or two

Or claim how they planned to do the online acheivements XD
Click to expand...

You need to be harder on them.

Chaos Theory is 17 years old. I think its ok to turn the lights off now.

Captain Toad said:
You need to be harder on them.

ManaByte said:
No it was one of the first XBL games. 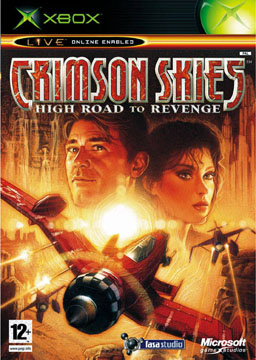 What can one even expect from Ubisoft anyway.
It's always so funny when these big corporations shut down servers for minor titles of aging games. Like, it's pocket change to them. They could easily market it "we never abandon a game, ever" and just keep these few servers running. But no. Optimize costs.

Speaking of shutting down servers, I'm still super salty about EA shutting down C&C: Tiberium Wars servers. The game had a dedicated pvp community, we had a ladder, lobbies, you could download game replays from other players, etc. It was really active even years after release.
Then one day they just shut it all down. No more online play for anyone.

And then they made the abomination that is C&C: Tiberian Twilight that effectively (what a shock) killed the entire series.

ManaByte said:
No it was one of the first XBL games.

DaGwaphics said:
Hadn't realized they just cut them off in one go, I thought this was just the announcement of eventual shutdown. It is surprising they didn't announce cutoff dates beforehand.
Click to expand...

They didn't. Most of the games on this list have been shut down for years, some going all the way back to 2014. It's just a list of online services that Ubisoft has shut down in the past.

R6 Vegas games are BC on Xbox and had an active playerbase on Terrorist Hunt. I jumped in for a few rounds a few months back. Bummer.

TexMex replied
Mar 30, 2022
Ubisoft to ban all players opening support tickets for Splinter Cell: Blacklist (Up: Looks to be fake)
2