The video is now set to private, but I think this has probably been the worse kept secret for the last 2 years

Spider-Men? A video published by Sony Channel Latin America says "anything can happen" in Marvel Studios and Sony's Spider-Man 3, appearing to tease a crossover between Tom Holland's wall-crawler and past iterations of the character played by Tobey Maguire and Andrew Garfield. The Spanish language video, titled "The 3 Spider-Man Together" and published on the official Sony Channel Latinoamérica on YouTube, asks viewers: "Who is your favorite Spider-Man? You don't have to choose — in the Marvel Multiverse, anything can happen."

The video, labeled "news," goes on to say that "in Spider-Man 3 you will quite possibly see everyone — yes — the three Peter Parker saving the world together." The video compiles scenes from the Sam Raimi-directed Spider-Man trilogy, the Garfield-starring pair of Amazing Spider-Man films, and the MCU-set Spider-Man: Far From Home.

Ending the video is a message to "find out more very soon" via Sony Latin America's news section.
On November 29, the channel published a video titled "Doctor Strange: Spider-Man's New Mentor," which says "theories about the Spider-Verse of the Marvel Universe are strengthened" due to the film's proximity to Marvel's Doctor Strange in the Multiverse of Madness. Holland's Avengers: Infinity War co-star Benedict Cumberbatch reprises his role as sorcerer Stephen Strange in Spider-Man 3, due out December 2021, before he returns in the Doctor Strange sequel dated May 2022.

Camila Pacheco, the Executive Marketing Director of Sony Pictures Entertainment in Brazil, said during a Latin America-centric film convention in October that fans would receive their first look at Spider-Man 3 before the end of the year. That peek could be days away: Sony Pictures released the first trailers for Homecoming and Far From Home on December 8 of 2016 and 2018, respectively.
Sony Pictures has yet to reveal a title for its sequel to 2017's Spider-Man: Homecoming and last summer's Far From Home, which ended with Peter Parker (Holland) having his secret identity exposed after thwarting Mysterio (Jake Gyllenhaal). Far From Home evoked the Multiverse when Mysterio, a high-tech hoaxer, claimed to be an off-world superhero displaced from another dimension after the events of Avengers: Endgame.

The addition of Jamie Foxx, who reprises his role as super-charged supervillain Electro, sparked rumors Spider-Man 3 would delve into the Marvel Multiverse with the return of a foe defeated by Garfield's version of the character in 2014's The Amazing Spider-Man 2. In October, Foxx appeared to confirm his casting in a since-deleted Instagram post.
Asked about his involvement by ComicBook.com, Foxx said "anything is possible" but could not confirm he's joining Holland and returning Spider-Man stars Zendaya, Jacob Batalon, and Marisa Tomei in the threequel. Other cast members and plot details remain under wraps. 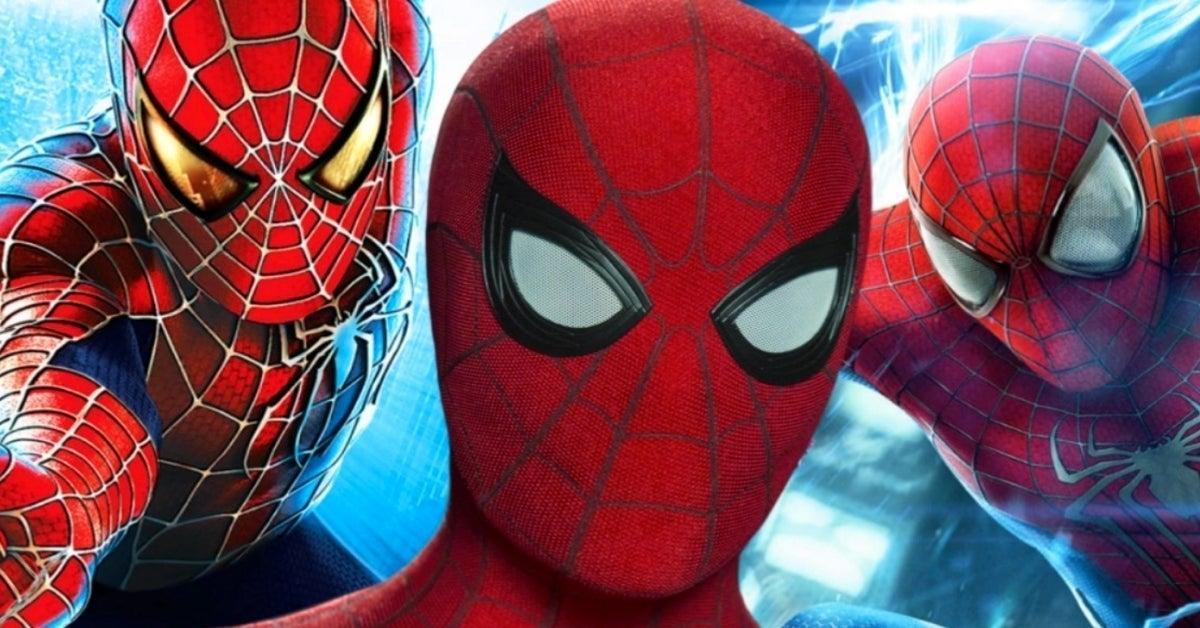 Spider-Men? A video published by Sony Channel Latin America says 'anything can happen' in Marvel [...]

I will be sure to watch the Garfield clips on youtube. Cant stomach Holland-Man so I'll pass on watching the whole film.

kunonabi said:
I will be sure to watch the Garfield clips on youtube. Cant stomach Holland-Man so I'll pass on watching the whole film.
Click to expand...

Garfield should have been the MCU's Spider-Man,
Despite TASM2 flaws it still has more rememberable scenes then Hollands movies put together, in fact I don't don't think Hollands has any that stand out in cinema like Toby's & Garfield's.
Not even any meme's

And While Holland is ok, the actual Film's suck.
This gives me hope that maybe we'll finally get a decent MCU Spider-Man movie
Last edited: Dec 5, 2020

Toby will always be Spider-Man to me.

kunonabi said:
I will be sure to watch the Garfield clips on youtube. Cant stomach Holland-Man so I'll pass on watching the whole film.
Click to expand...

Sadly Garfield said fuck it to Kaz Hirai birthday party so that's why he needed to leave...or something like that.

M1chl said:
Sadly Garfield said fuck it to Kaz Hirai birthday party so that's why he needed to leave...or something like that.
Click to expand...

He was ill, well that was the supposed reason

TGO said:
He was ill, well that was the supposed reason
Click to expand...

I'd be ill too after trying to make that ASM2 script work.


Spider-Man 3 and TASM2 kinda share their spot, but I do prefer the more serious tone to TASM2 and Garfield and Stone pretty much carried the film, but I also don't see SM3 as bad as others, there's some great stuff in it, but also a lot of unnecessary stuff, I don't know
Toms Spider-Man? He was great in Civil War but anything after that has been terrible, Far From Home nearly achieves being an actual Spider-Man film but still falls short
Last edited: Dec 6, 2020

The first movie is the best live-action Spider-Man content out there. It isnt perfect but it gets far closer than anything else has.

Cut out the opening plane sequence and everything after the times square sequence and ASM2 becomes a solid Spider-Man short film despite the awful take on Electro.

On a whole though ASM2 is absolutely terrible and worthy of the hate it gets despite some bright spots.

For me it would be:

Why are Sony so bad at marketing? Marvel Studios really should try and take control of that aspect. LOL

I liked Garfield in the role.
Last edited: Dec 6, 2020
You must log in or register to reply here.

No Way Home: There are already rumors that [SPOILER] could return to the MCU
Spoilers 2