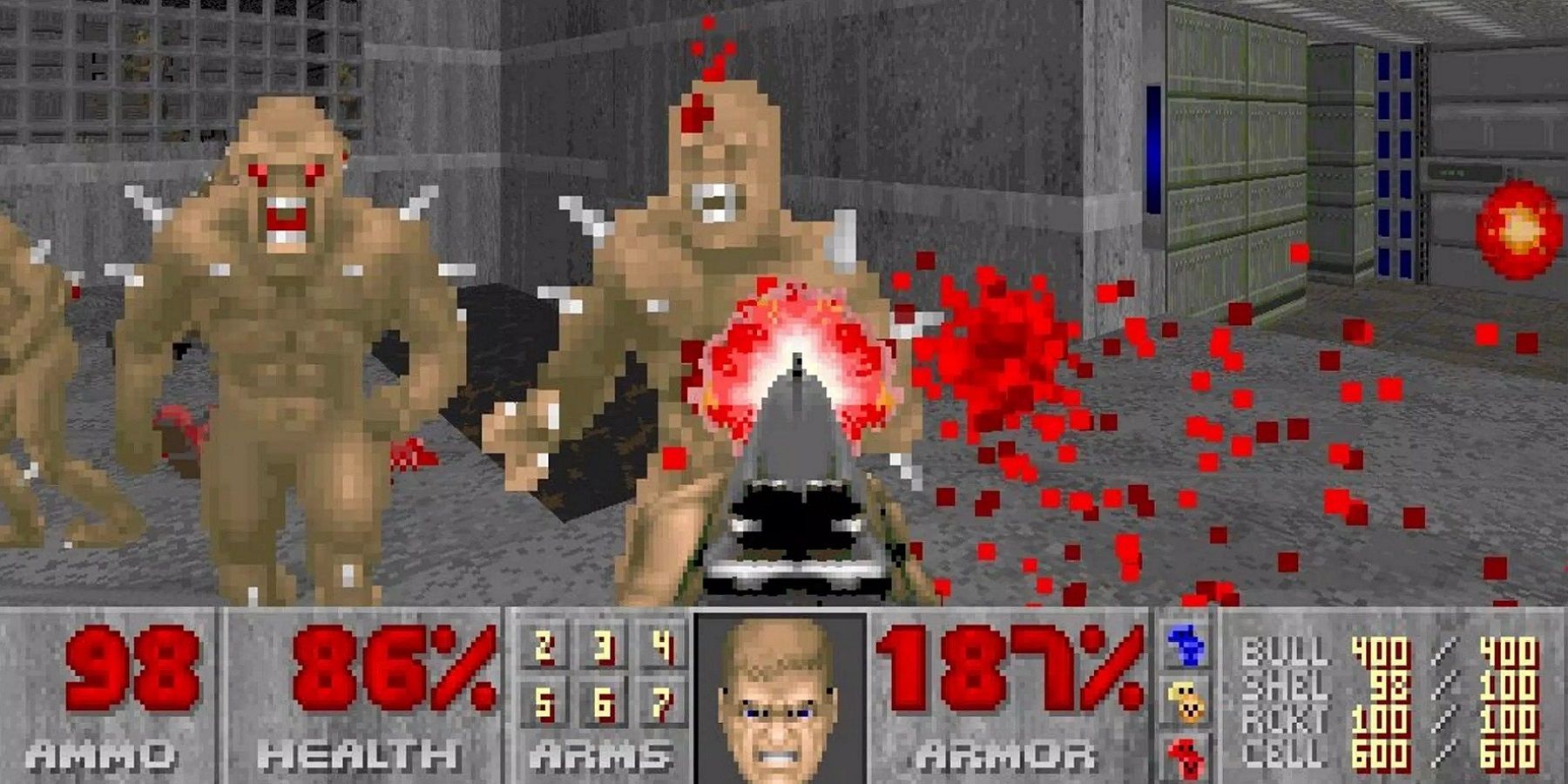 Doom is the poster child of video game modding, and this one person manages to take the original and create an Inception-style amalgamation.

One recent example is by kgsws, a YouTube user who recently uploaded a video of them getting Doom to run within Doom itself. It sounds pretty bizarre, but the end result is something to behold. There's a fairly lengthy discussion on coding, and the modder can be seen tinkering with the game by changing states of enemies and items. It then moves to them building a one room map, on which is a screen showing a running demo of the game. Essentially, kgsws is watching a playthrough of Doom while also running around inside the classic FPS.

Things don't end there, either. They then take control of the second Doom game to show that it's possible to play either one, though the second version doesn't have sound. The video then shows a custom-built cinema, which shows the game as a kind of movie. There are so many wild things that Doom can be played on, and kgsws' own port is just one of many astonishing ways people can mod this beloved title. Examples by other fans include porting it to an iPod Mini, a vape pen, an old scanner, an ASCII text terminal, and someone has even got it to run inside Minecraft.

Impressive, but what's more impressive is the link in the OP showing Doom running on a vape pen and a pregnancy test! Pointless and unbelievable!

At this point I'd be more impressed if they found an electronic device that can't play doom!

IDKFA said:
Impressive, but what's more impressive is the link in the OP showing Doom running on a vape pen and a pregnancy test! Pointless and unbelievable!
Click to expand...

Omg i want that vape pen.

Well, it's Doom, what do you expect

The last time I played through Doom was on GBA which was surprisingly better than I expected. The time before that I played through the entire game on the old PC in the Doom Slayer's workstation. I've come to the conclusion I'll enjoy it on anything at this point.

This is amazing but honestly would never touch it.
But still cool.

Let me know when we can jack it straight into our brains.

IDKFA said:
Impressive, but what's more impressive is the link in the OP showing Doom running on a vape pen and a pregnancy test! Pointless and unbelievable!
Click to expand...

Not really though. Apparently the pregnancy test is just using it's display. The actual system is a different CPU connected to it.

Same with the NES classic. It's just using the NES video output but the system that runs the game is an FPGA (capable of running the game) inside the cart.

Not sure about the vape though.

Thing is, a lot of those "DOOM runs on everything" cases are not real. Some times it's not even DOOM at all and it's just a 1st person game with a very basic engine (like Wolf 3D or worse) that uses DOOM sprites.

I'll never stop loving seeing DOOM ported in different and ridiculous ways. I love it so much. I honestly don't know what to expect next, lmao. I mean, how can it top this? 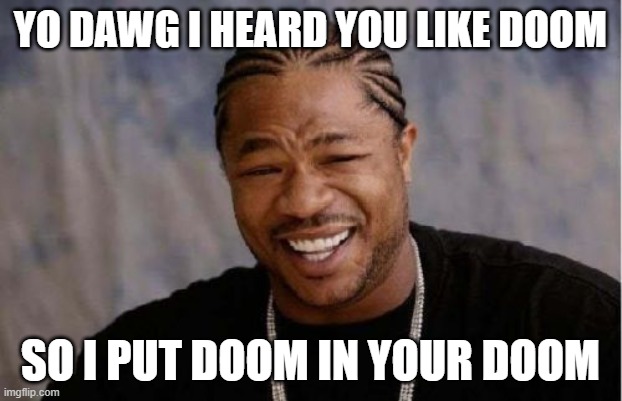 That's pretty damn cool. Too bad it's not really realistic for anyone to run this on a normal gaming PC, nobody has 16MB of RAM. Maybe sometime in the future.
You must log in or register to reply here.