Check out new gameplay, as revealed during Guerilla Collective 2021, from Industria, an upcoming first-person shooter that takes you from East Berlin into a parallel reality, shortly before the end of the Cold War. On the search for a missing work colleague, you decypher a dark past in a mysterious parallel dimension.
Click to expand... 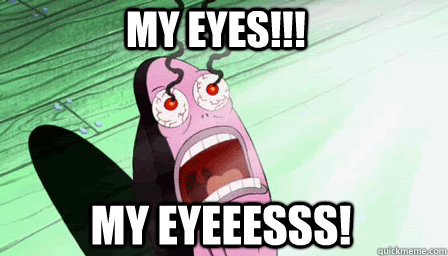 To be fair I played the demo for this and the frame pacing was fine from what I remember. Though there were other bugs that stopped me from even being able to progress.
Last edited: Jun 6, 2021
Reactions: Trab-Pu-Kcip and IbizaPocholo

What I don't get is how you can take down enemies made of metal with a mere hand gun. Kinda takes me out of the immersion.

Other wise it had a nice setting, mood and mystery.
Last edited: Jun 6, 2021
Reactions: Trab-Pu-Kcip

Bonfires Down said:
That frame pacing

To be fair I played the demo for this and the frame pacing was fine from what I remember. Though there were other bugs that stopped me from even being able to progress.
Click to expand...

Its the stupid fucking stream, the whole thing was like that. The stream was 60fps and I'd assume most of the games shown probably ran at 60fps, but someone moron fucked everything up either when they compiled the video or the stream was just fucked in some way.

I think it was the former because a couple of the games were streamed/played live and they didnt have the issues. It must've been knuckle destroying for the devs watching their games being shown. To the person/people responsible for fucking up so many youtube marketing uploads recently* I say:

since its an advert for the game. I wouldn't mind if it was 30fps, even though thats a terrible way to see a Nintendo game usually, because at least thats a framerate you play games at, unlike 24fps.

Man that is hard to watch with that framerate, even if it is a shitty upload/stream rip.

Are we back in the early 2000s? Who finally managed to invent a time machine? I must know.

Contents of this video

I'll grab this once I have time to play it. It looks interesting enough.
Reactions: TintoConCasera

Going in i thought this would be a sequel to Factorio.

Looks interesting, but I've heard it's reaally short. Might grab under a deep sale.

Reactions: IbizaPocholo
You must log in or register to reply here.