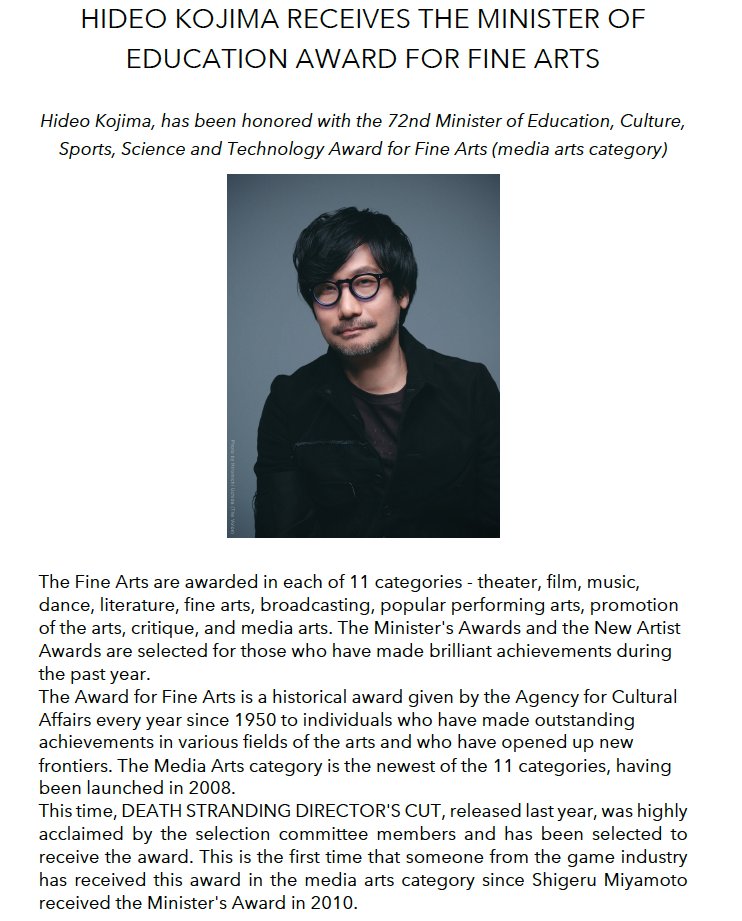 In a Twitter post, the game studio said that he was honored with the 72nd title from the government of Japan's Agency of Cultural Affairs.

"The Award for Fine Arts is a historical award given by the Agency for Cultural Affairs every year since 1950 to individuals who have made outstanding achievements in various fields of the arts and who have opened up new frontiers," the press release said.

It also noted that this is the second time that a game creator has received the award, the first was long-time Nintendo developer Shigeru Miyamoto in 2010.

I will never forgive you for Chapter 3.
M

MGS 1-3 was some dang fine gaming

This is the moment I stopped playing mgs4, lol.

Strength
You must log in or register to reply here.

cormack12 replied
Mar 18, 2019
Hideo Kojima is now on the advisory board at PrologueVR