Disney Is Open to Indie Game Developers Using Its Properties 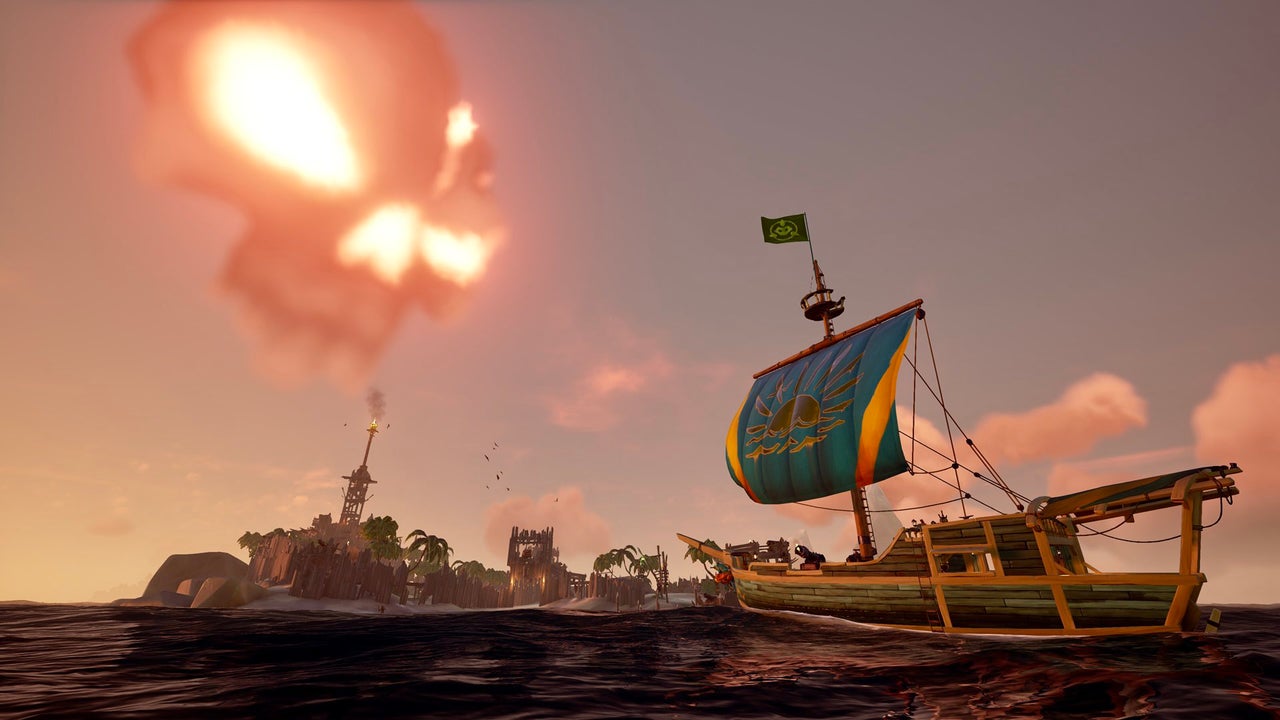 Disney has given its blessing for its Pirates of the Caribbean IP to be used in Sea of Thieves for a new expansion. It's open to handing off more of its IPs in the future -- and not just to big studios.

Speaking to IGN, SVP of Walt Disney Games Sean Shoptaw said that Disney was happy to work with "the best" developers, specifically those who came to them with interesting ideas or interpretations that hadn't yet been done. When asked what was meant by "the best" and if it included indie developers as well as big-budget, AAA titles, Shoptaw confirmed that all were welcome... and hinted that there may already be something along those lines in the works.

"Obviously we work with a lot of big AAA partners like Ubisoft, like Bethesda, like EA, and we'll continue to do that," he said. "But we are very open to quality regardless of size, right? So if they're strong indie that has a real passion and a vision for a story of ours, or a character or ours, or anything in our universe, we are all ears. I think that you'll see stuff coming out over time here that really will back that up. So yeah, it's not just about the big guys. The big guys, those are really important partners of ours, as I noted. But we're hoping to work with a broad set of partners across the world."

Luigi Priore, VP of Disney & Pixar Games, said that in some cases, a big AAA game might not be the best avenue to tell certain stories or focus on certain characters.

"An indie storyteller, a creative could work on another property within the Disney and Pixar collection of IP in a different way," Priore said. "Those smaller indie kind of experiences that are more personal... I think those are opportunities too."

"Uhhh guys, we kinda suck at making games out of our licences, can you do it for us?"

Imagine being on stage with Kathleen Kennedy, presenting your new Star Wars game and the crowd asks if Luke Skywalker will have a big part in the game and you literally know 100% he won't be in it except for 2 minutes at the end and Kathy takes over like:

It's a strategy that worked well for Games Workshop, giving a license to everyone and their dog. It gave them truckloads of money and free brand awareness.

Holammer said:
It's a strategy that worked well for Games Workshop, giving a license to everyone and their dog. It gave them truckloads of money and free brand awareness.
Click to expand...

No other comments needed, this is the best answer.

huh? as far as I know working with Disney got a bad rep which is why there have not been recent games that use Disney IPs. They wanted to control everything during development and at the end they wanted to have all the profits; or in other words the dev had to get screwed

They'll let indie devs make their games but if the game does well they'll buy up the studio and use it to pump out garbage sequels and mobile trash.

Disney and video games have a crazy roller coaster of a past. Some of my favorite games growing up were Disney games like Duck Tales and Rescue Rangers, but some of the worst games I ever played were Disney games.

Give up the Split/Second IP to PlayStation for free you cowards.
Last edited: Jun 19, 2021
A

A fantasia game by the cuphead devs would be great
A

Can they do this for their movies too?

Give Monkey Islands back to Ron Gilbert!

Even if they allowed an indie dev to work on something like Star Wars, the original vision would get so gutted by those suits that come in and police the direction and content. Just look how disney managed their animators' vision and content with the original movie premise to the Emperor's New Groove. The music too! Sting was such a good sport

Every disney game in the mobile store is “indie”.

A recipe for more disastrous games.

Thank God, the IPs I want to work with are public domain so I do not need to give anything to Disney.

Give me a Disney version of Cuphead!

Rumor is that the Pirates of the Caribbean expansion for Sea of Thieves is the first of many collabs between MS and Disney. Guess we'll see soon enough.

Also, gimme a sequel to the 'Brave' game from the X360 era. Seriously...that game was 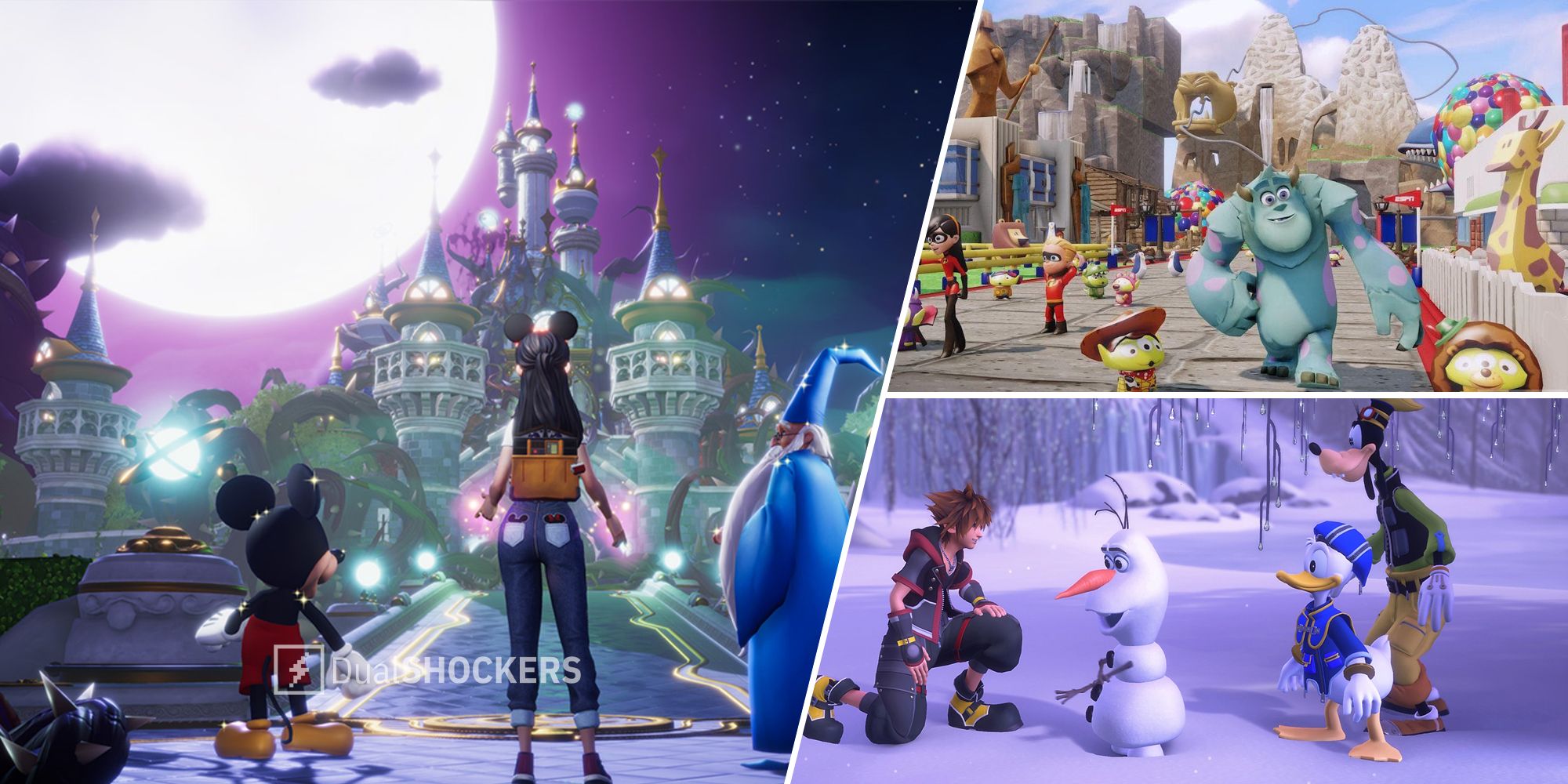 "The size of the studio doesn't really matter..."

It was nearly two months ago that the mega-corporation presented the Disney & Marvel Games Showcase as part of its bi-annual fan convention, the D23 Expo. This showcase did, of course, feature various games from AAA developers, most notably the Black Panther and Captain America team-up project, but it also announced a smaller title called Disney Illusion Island. The latter is a four-player co-op platformer that features Mickey, Minnie, Donald, and Goofy, traversing through a mysterious island each using their own unique abilities.

This title is being developed by English studio Dlala, and while it's no slouch, having developed the 2020 reboot of Battletoads, it's an indie studio through and through. When discussing if some IP could be deemed as off-limits to indie developers, Shotpaw stated, "We don't view it that way at all," and directly referenced Disney Illusion Island, as it's a game based on Disney's mascot himself, Mickey Mouse.

Shoptaw expressed how pleased the company is with its current licensing business model, as it allows the people at Walt Disney Games to work with numerous talented developers around the world. He specifically declared Disney's commitment to working with indie developers, stating that, "if we just narrow our focus to the bigger shops, we'd be missing great opportunities to work with a lot of really talented creatives." He reiterated that the size of the studio is irrelevant and that the most important things are "passion and creative excellence."

It also doesn't matter to Disney if you've never worked on licensed projects before. As long as a studio has a strong vision for a Disney IP project, he states he'd be "very open to that conversation." Shoptaw admits that Disney does reach out to publishers and developers for certain projects, but he claims that the most successful projects are the ones that developers pitch to him and his team, as they often comes from a place of creative vision.

It's not all about passion, though. Shoptaw admits that Disney needs teams that can "land the plane," meaning, partners that have the expertise to see a project through and have proven themselves in doing so. This strategy seems leagues better for business than the more limited licensing deals Disney had previously done, such as giving EA the exclusive Star Wars license for ten years, which infamously resulted in only three games. Hopefully, we'll soon get to see some iconic Disney IPs in the quirky and creative indie space.

Obviously not indie, but surprised we haven't seen a deal with Sony in this space after the success of Spider-Man and the further exploration of Wolverine.
L

Mibu no ookami said:
Obviously not indie, but surprised we haven't seen a deal with Sony in this space after the success of Spider-Man and the further exploration of Wolverine.
Click to expand...

Does Sony still own the rights to Spiderman? Wolverine may be a similar case if Sony obtained the game rights before Fox returned X-Men to Disney.

Lasha said:
Does Sony still own the rights to Spiderman? Wolverine may be a similar case if Sony obtained the game rights before Fox returned X-Men to Disney.
Click to expand...

Hate to come down hard on you, but Sony doesn't own the video game rights to Spider-Man and never did. Similarly, they don't own the rights to Wolverine.

They're licensing just these individual games.

Mibu no ookami said:
Hate to come down hard on you, but Sony doesn't own the video game rights to Spider-Man and never did. Similarly, they don't own the rights to Wolverine.

They're licensing just these individual games.

Fox never owned the video game rights to X-Men either.
Click to expand...

You could have skipped the attempt at mocking and your comment would have been the same. Even better, the effort expended "not coming down hard" on me could have been spent by telling me who owns the rights instead of attempting to look smug. Learn to communicate.

IbizaPocholo said:
developed the 2020 reboot of Battletoads
Click to expand...

Let me stop you right there.

I want Alladin in the ps2 Prince of Persia engine with minimal storytelling and combat.

Lasha said:
You could have skipped the attempt at mocking and your comment would have been the same. Even better, the effort expended "not coming down hard" on me could have been spent by telling me who owns the rights instead of attempting to look smug. Learn to communicate.
Click to expand...

Disney/Marvel own the rights. There isn't a single marvel property that any company owns the video game rights to.
You must log in or register to reply here.