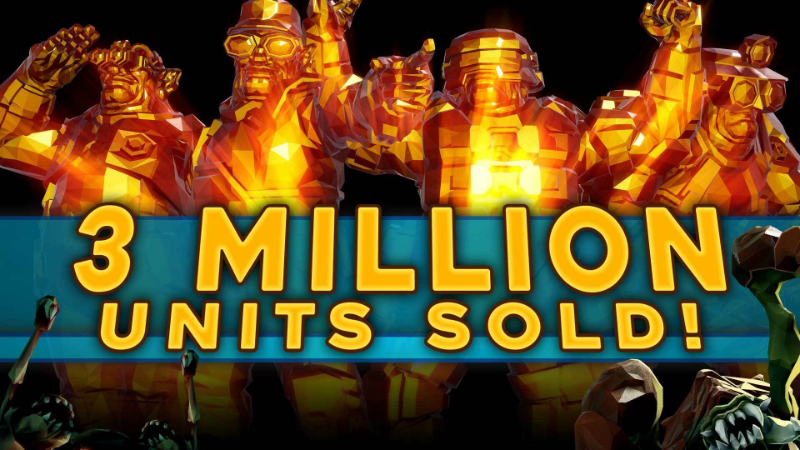 Hello Miners! What a launch we have had with Season 01! The reception has been overwhelming, and you broke EVERY record for Deep Rock Galactic! We are deeply humbled by the sheer dedication and positiveness of the DRG community. Let’s look at the numbers and celebrate together! Since its launch... 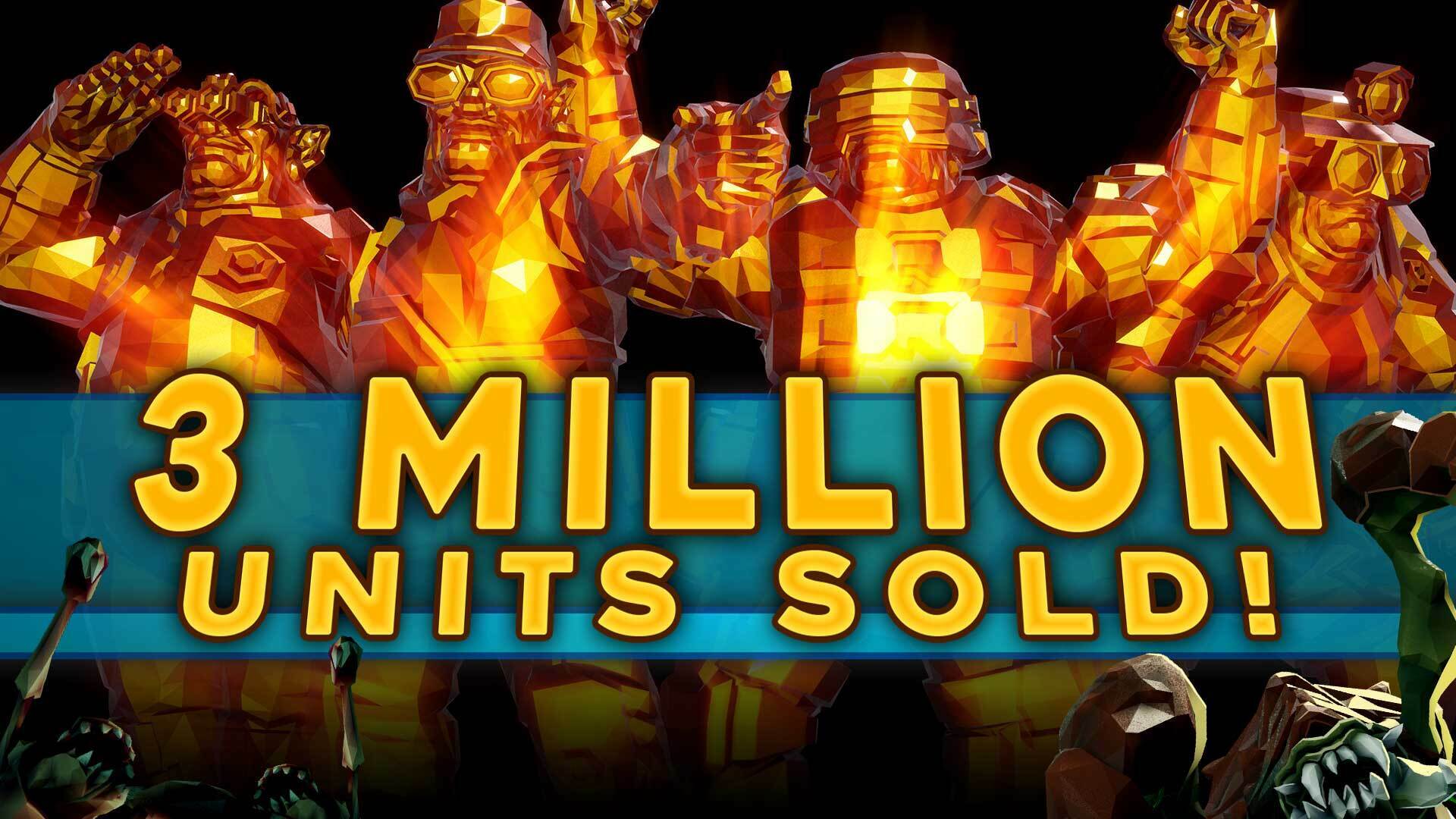 Hello Miners!
What a launch we have had with Season 01! The reception has been overwhelming, and you broke EVERY record for Deep Rock Galactic! We are deeply humbled by the sheer dedication and positiveness of the DRG community. Let’s look at the numbers and celebrate together!

Since its launch in February 2018, Deep Rock Galactic has sold more than 3 MILLION units across Steam and Xbox. More than 4 million players have played the game - this number includes Free Weekends and GamePass players. And during the first weekend of Season 01, the peak concurrent players (CCU) reached 41.733 and moved Deep Rock into the absolute top of the most played games on Steam. At Ghost Ship Games, we are very proud of this achievement since building up our player numbers was a clear goal for the Season 01 release. So thank you all for playing the game this weekend and hopefully for months to come!

As we have already stated, we will continue to support and grow Deep Rock Galactic for as long as it makes sense to do. And when we break our records, it absolutely makes sense to continue, so there will be more Seasons in the future and more news from us on the growth of the franchise. We have already announced a board game adaption, and within a month, we’ll have more exciting announcements for DRG, including an updated roadmap. We need to spend a bit more time planning out the roadmap, so please bear with us until it’s ready.

For Season 01, we are looking at the metrics and feedback and are adjusting the numbers behind the scene. The Performance Pass progression is close to our target of 1 hour per level - so that’s good. The new mission, Industrial Sabotage, turned out to be even more challenging than we thought it would be, so we have already tweaked it. The mission is supposed to be hard, so we will not soften it too much. The new weapons are where we received most of the feedback, but it will also take the longest to get them right. We will need to see how they, in the long run, settle into the meta and how much they are actually used. So, for now, we are mainly focusing on bug fixes and more minor tweaks, but no re-balancing yet.

We are, of course, also working hard to fix as many crashes as possible. We are dedicated to patching and hot-fixing in the weeks following a release, but with the record-breaking player numbers, we have seen more issues than before. With the help of the community and the well-oiled support unit at Ghost Ship, we will manage this in good order (please join our Discord if you are in need of help). Finally, a big thanks to all who helped us during the Experimental Branch phase, where many issues were discovered and fixed for the launch.

Good for them. I thought it was cool but I didn’t put much time into it.
C

I’m getting a gaming PC this month (sort of…1650 TI) and this is one of my first purchases alongside Sea of Thieves.

Staff Member
I have this on my WL. Give me a BL2 feeling.
K

It’s fantastic. It’s a shame it didn‘t get any proper exposure when it went out of early access. It‘s pretty big on PC but console only folks haven’t really heard of it.

Its currently half price too, absolute banger of a title. This is the kind of experience Back 4 Blood wishes it could be.

Fantastic game. I sunk a load of hours into it and then suddenly stopped playing. I found the community can be fantastic at lower levels, but also not very welcoming of players who are stepping up to the more challenging content.

I'm hoping for a PS5 release so I can coop with my friends since none of them are on PC/Xbox.


DGrayson said:
I have this on my WL. Give me a BL2 feeling.
Click to expand...

Wouldn't say they're similar. I'd say its something more along the lines of Destiny 2 and Warframe, with some rogue elements.
Theres no real story or campaign either (aside from some tidbits and easter eggs that create some lore and world building). Its just the basic gameplay loop of going into procedurally generated caves, gaining money rewards and gathering minerals, then using those to upgrade or craft new stuff.

Fantastic game, deserves the success. I recomend playing it with friends

DaGwaphics replied
Dec 23, 2022
The Witcher 3 sells 1 million units in Japan, making it the best-selling WPRG in the country ever.