The 'Happy Endings' star will be joined by NFL Network's Kyle Brandt on the competition series. 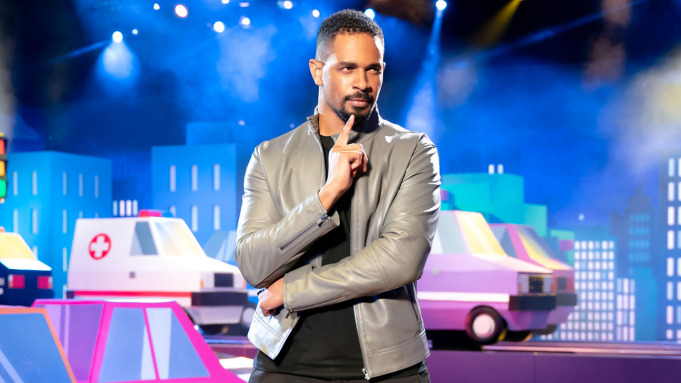 The game show version of the classic video game Frogger has found its emcee.

Damon Wayans Jr. will serve as host of the series, which will feature contestants playing the role of the frog in the video game and attempting a series of obstacle-filled crossings. NFL Network’s Kyle Brandt will serve as Wayans’ co-host.

Peacock’s first original competition series, Frogger will have its players dodging cars and jumping over the open maws of (presumably not real) alligators and hippos as they vie for a $100,000 prize. The series is based on the long-lived Konami video game, which has spawned more than 30 titles since its introduction in 1981 as an arcade console.

In addition to Happy Endings, Wayans’ credits include New Girl, CBS’ Happy Together and features Let’s Be Cops, How to Be Single and Netflix’s Love, Guaranteed. He’s also set to star with Gina Rodriguez in a Netflix rom-com called Players.

Brandt is one of the hosts of NFL Network’s Good Morning Football. He’s a former executive producer and head writer of Jim Rome’s radio show as well as Days of Our Lives actor and Real World castmember.

Peacock has picked up 13 hourlong episodes of Frogger, with Eureka Productions producing in partnership with Konami Cross Media NY. Eureka Productions’ Chris Culvenor (who created the format) and Paul Franklin executive produce along with Eden Gaha and Fred Birckhead.

Here's some early footage of the show:

No kidding, I thought it was his dad, I just assumed I had not noticed the jr suffix for the last 30 years.

Kuranghi said:
No kidding, I thought it was his dad, I just assumed I had not noticed the jr suffix for the last 30 years.
Click to expand...

same ears and everything

It's Wipeout.
You must log in or register to reply here.

News Halo TV Show Will Depict Master Chief In A Way Different To The Games (Please don't ruin him, Please)