Punch-Out and Doom fans, here is something really special for you today. Modder ‘ddadd’ has released a must-have total conversion mod for Doom 2. As the title suggests, Punch-out Doom allows you to experience the classic Mike Tyson’s Punch-Out!! NES game in first-person perspective.

Now I strongly suggest downloading this mod right now. Nintendo may soon take it down as it uses all the original sprites from the NES version. After all, we’ve seen this happening in numerous fan games and mods.

Going into more details, this mod features all the fighters and sprites from the NES version. It also has Mario as the game’s referee. Players are able to select their opponent, and then fight them in the iconic NES arena.

The modder recommends using ZDoom in order to run this mod. You’ll also most likely need the Doom2.wad.

In order to showcase this mod, ddadd released the following screenshots and video. These will give you an idea of what you can expect from Punch Out Doom.

Again, this is a dream come true for a lot of 8-bit fans. So go ahead and download it from here. 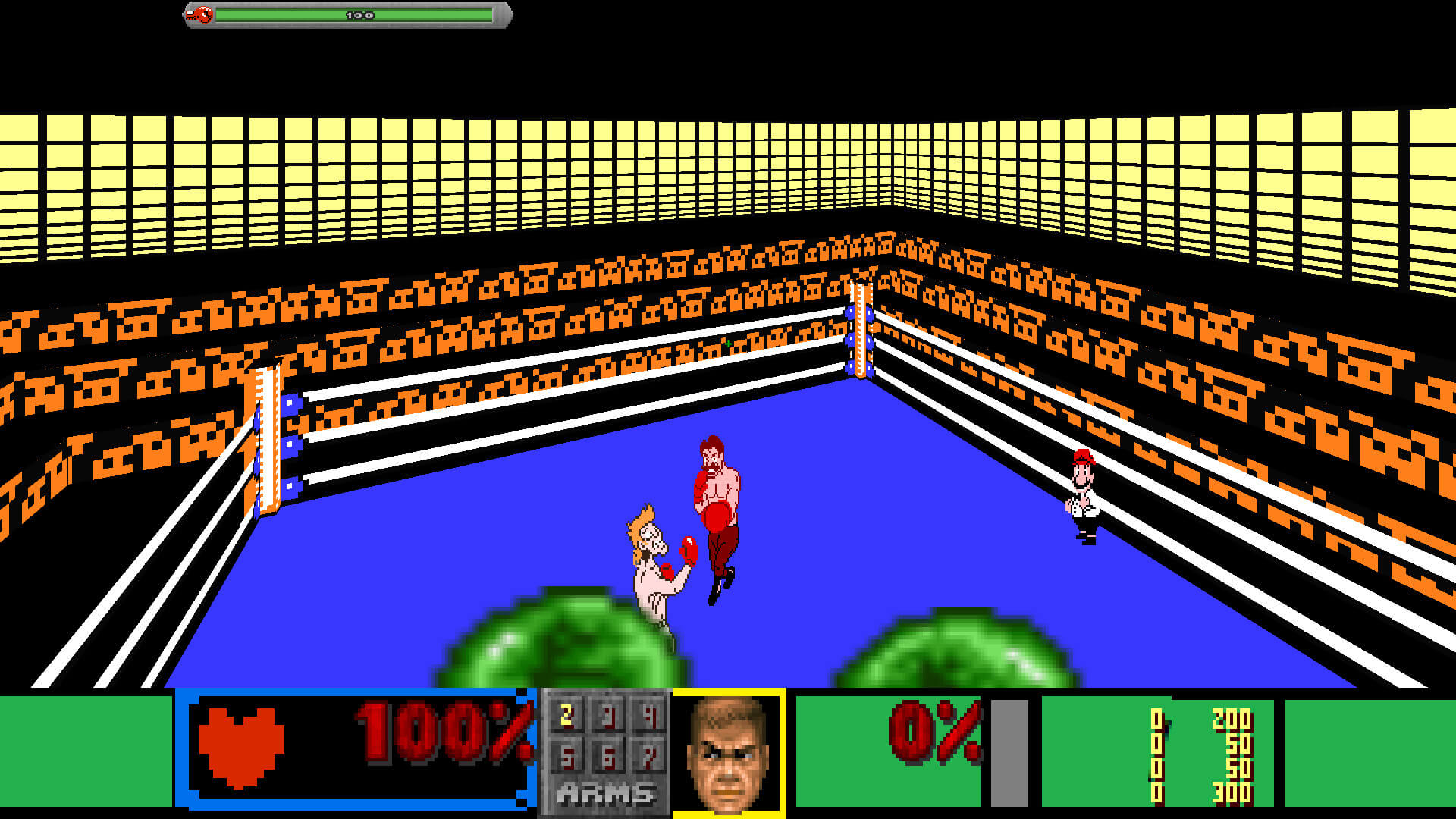 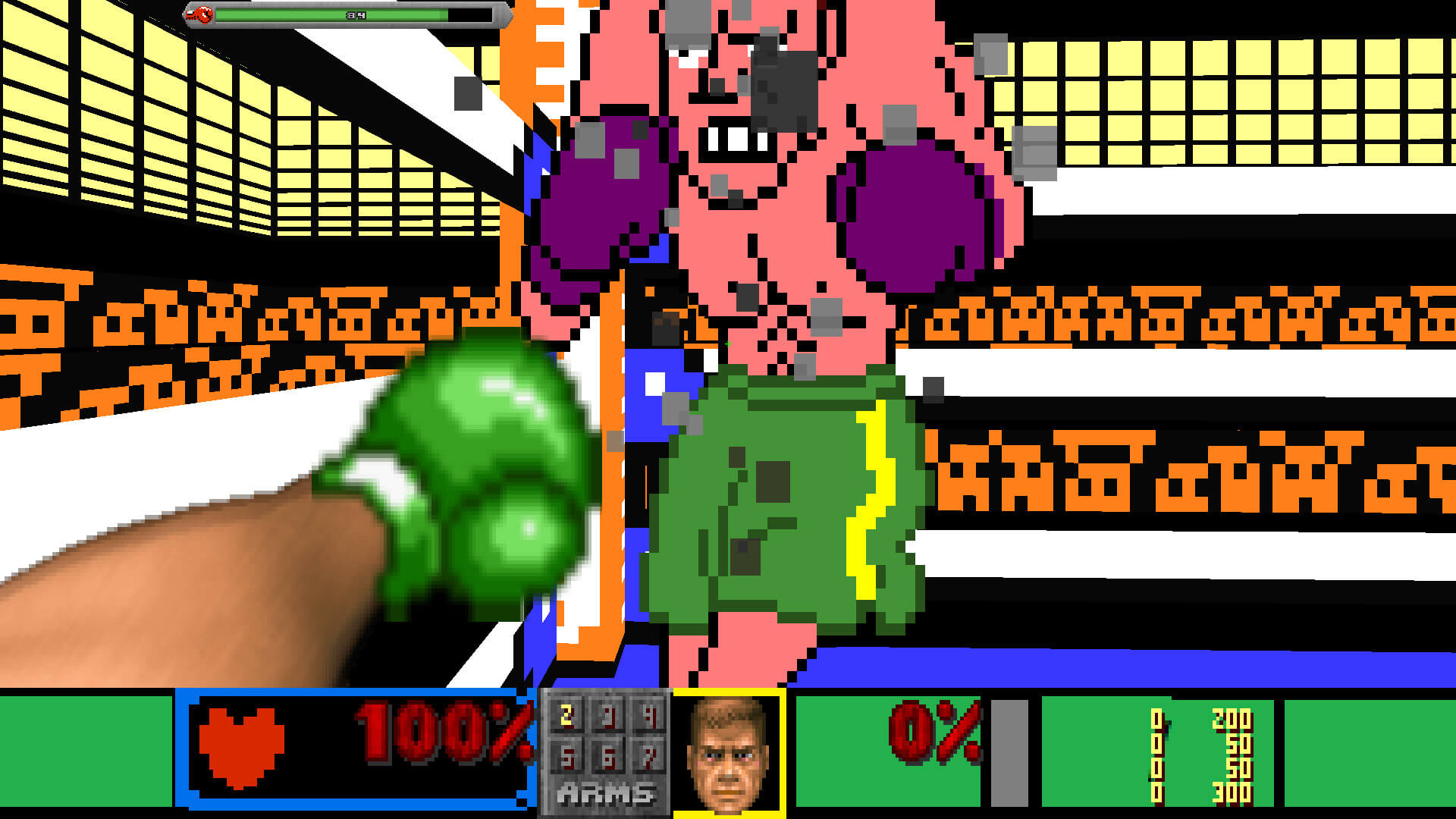 I love computer games and all the culture surrounding it. The guy trying to talk over the sound effects is pretty funny for some reason. Can you punch Mario though?
Reactions: Grand Theft Scratchy, Bullet Club, Mihos and 1 other person

Fun use of the sprites ... but, it's not at all Punch-Out at this point. The Punch-Out series is basically not a boxing game, it's more like a rhythm-action game or puzzle game, where you're watching/listening for action queues and hitting buttons in a particular sequence of perfect timing. It's so precisely designed that there's even a community of players dedicated to playing it blindfolded!


This MOD just lets you play Doom without the guns and with cartoony sprites. Which is fun, but not "the classic Mike Tyson’s Punch-Out!! NES game in first-person perspective" as DSO describes it.

I haven't seen a good 3Dsen mod of Punch-Out yet, and I don't know if much is possible given Punch-Out is made with background tiles rather than sprites, but there's some amazing stuff done with that app (it's a NES emulator that as I understand it swaps 3D voxels in place of sprites and background tiles, then lets you angle or rotate the view.) Does wonders for top-down games if you build enough custom shapes.


As far as Punch-Out Doom , there are a few things they could do to make it more a boxing game. Looks like they already added a lunge on some big opponent attacks (maybe? Soda Popinski looks like he moves at you for his hook, although I might just be seeing an AI coincidence), and adding Stamina to Lil Mac's punches would add a lot more tactics to it. It won't be Punch-Out, but it could be a fun rock-em-sock-em game if they can keep modding the core Doom interface.

(*Sorry for being the Fun Police here. Carry on with your enjoyment.)
Last edited: May 30, 2020
Reactions: Rran

This is both interesting and weird to see old 2D games in a 3D perspective.

This is so cool

I don't think the music is loud enough.
You must log in or register to reply here.

Someone recreated DOOM in... Age of Empires II ?!?!