According to a new report by Bloomberg, the US company has been eyeing Japanese studios for potential acquisition, looking to bolster its lineup despite Xbox historically underperforming in Japan. However, in an interview with GameSpot, Xbox boss Phil Spencer says that, as far as he knows, this isn't true.

"I don't think so... I mean, I'm not in every meeting that every team has, but I'll say not from me," Spencer says.

Phil Spencer has refuted claims that Xbox has been courting Japanese developers as potential first-party acquisitions.

He can’t speak on it even if they were.
Reactions: PharaoTutAnchAmun and MDSLKTR

Reactions: PharaoTutAnchAmun, laynelane, ProgenitorCastle and 3 others

We’ll know for sure after this Wednesday.
Reactions: donfonzie

I guess Phil got tired of seeing that 'Microsoft are going to buy Sega on Wednesday' thread on here lol.
Reactions: PharaoTutAnchAmun and SaturnSaturn

There was a report somewhere saying MS is rumoured to do a partnership with Tecmo/Koei. Not an outright buy out.
Reactions: PharaoTutAnchAmun and Dr. Kitty Muffins

R3claimer117 said:
He can’t speak on it even if they were.
Click to expand...

He does not need to answer a question he can't answer. He'd simply decline to.


StreetsofBeige said:
There was a report somewhere saying MS is rumoured to do a partnership with Tecmo/Koei. Not an outright buy out.
Click to expand...

No. There was not. KT simply says they'd be willing to release more games for Xbox if Microsoft keeps the interest up for Japanese games. Nothing more.
Last edited: Nov 11, 2020
Reactions: PharaoTutAnchAmun, laynelane and Dr. Kitty Muffins

here is the interview, time stamped

You can't acquire that what you have already acquired. Trying to throw us off the scent nice try Phil.
Last edited: Nov 11, 2020
Reactions: PharaoTutAnchAmun and kuncol02

And on a Wednesday!
Reactions: DigitalScrap

StreetsofBeige said:
There was a report somewhere saying MS is rumoured to do a partnership with Tecmo/Koei. Not an outright buy out.
Click to expand...

feelin good on a wednesday

So no next Wednesday?
Reactions: PharaoTutAnchAmun, Bladed Thesis, M1chl and 2 others

Not the first time he makes up stuff covering his ass with the "anonymous sources" disclaimer.
I wonder if at Bloomberg they are taking notice of the situation...
Reactions: PharaoTutAnchAmun
S

So that means not to expect an Xbox 360 like resurgence of Japanese titles. Got it.
Reactions: PharaoTutAnchAmun and YeulEmeralda

Phil you sly bastard. He is obviously looking to buy a Japanese publisher and not developer.
Reactions: PharaoTutAnchAmun and kuncol02 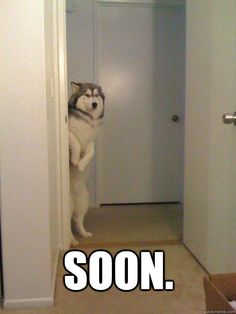 I was skeptical but now I expect an announcement any day.

Jig is up, Spencer!

It's Wednesday and we all know what you have planned!

He is clearly saying that because they already bought Sega and are announcing it later. They aren't getting anymore Japanese devs after this...duh!

why not from software

Not really surprising considering they've already thrown around billions in dollars acquiring companies. Somewhere along the line you have to make some profit on this shit, and they've likely seen from their own data that Japanese games probably don't sell Xboxes.

I do wonder how xCloud on Game Pass Ultimate fits into this. When it matures I am sure they'll get games on and for this service and not just to sell devices, so you'll have people without any Xbox device paying for Game Pass.
Reactions: PharaoTutAnchAmun and Rhazer Fusion

Elios83 said:
Not the first time he makes up stuff covering his ass with the "anonymous sources" disclaimer.
I wonder if at Bloomberg they are taking notice of the situation...
Click to expand...

Bloomberg just cares about the money all the clickbait makes them, unfortunately.

You can work with a company without buying it.

Being an Xbox customer that wants to play JRPGs, embracing the joke Sega hype every Wednesday, now listening to Phil Spencer destroy all hopes and dreams.

Did he have to do it on a Wednesday? Now that thread can't continue...

PhaseJump said:
Being an Xbox customer that wants to play JRPGs, embracing the joke Sega hype every Wednesday, now listening to Phil Spencer destroy all hopes and dreams.

In the real world that amounts to a confirmation.

The deal is done already!
And he told it to us on a Wednesday!
Everything is like how it was described in the prophecy

Is there any actual on the ground evidence of this happening? What single shred of fact did the first rumor even purport to have? I'd like to know. Also knowing Microsoft and Zenimax, they can keep such things super secret until the moment they announce. So I'm not saying there are not in talks to acquire Japanese dev, just that they are good at keeping such a thing very secret.

So this is from the Bloomberg article:

On top of that, there’s evidence Microsoft is seeking to make acquisitions in the country, though it hasn’t yet landed a deal with a big name there. Several Japan-based game developers, from small to big, said it had approached them about buying their businesses. They asked not to be identified as the talks were private, and declined to give details on how the discussions went.
Click to expand...

They're not buying, they're investing in projects with japanese companies.

Why would he admit something like that? It would be incredibly stupid.

I work at a big corporation and the first rule we have is "never comment/confirm future plans, acquisitions, endeavors, etc."
Y

I guess the reports about Sony abandoning the Japanese market or something like that was bs too.

Ooooooh I see you Phil

Kind of a weak denial to be honest. Lol. Basically "Well, I'm personally not doing that, I don't think others are, but they could be. I don't know. I could have missed that team meeting".

The Head of Xbox doesn't know for certain if Xbox is planning Japanese acquisitions? Hmm, that doesn't feel likely. I think, if its happening, its more likely Matt Booty is handling it, and Spencer can deploy "its not from me" line without actually lying.

Damn the Bloomberg reports are all over the place recently .

I guess it isn't an easy cause for MS. I remember phil went to Japan to make big deals but only secured DQ11S and Yakuza for their console.
Last edited: Nov 12, 2020
You must log in or register to reply here.