Opinion Game Dev Xbox boss Phil Spencer says that the pandemic is driving a 'big flood' of new gamers, but it's a bittersweet victory... 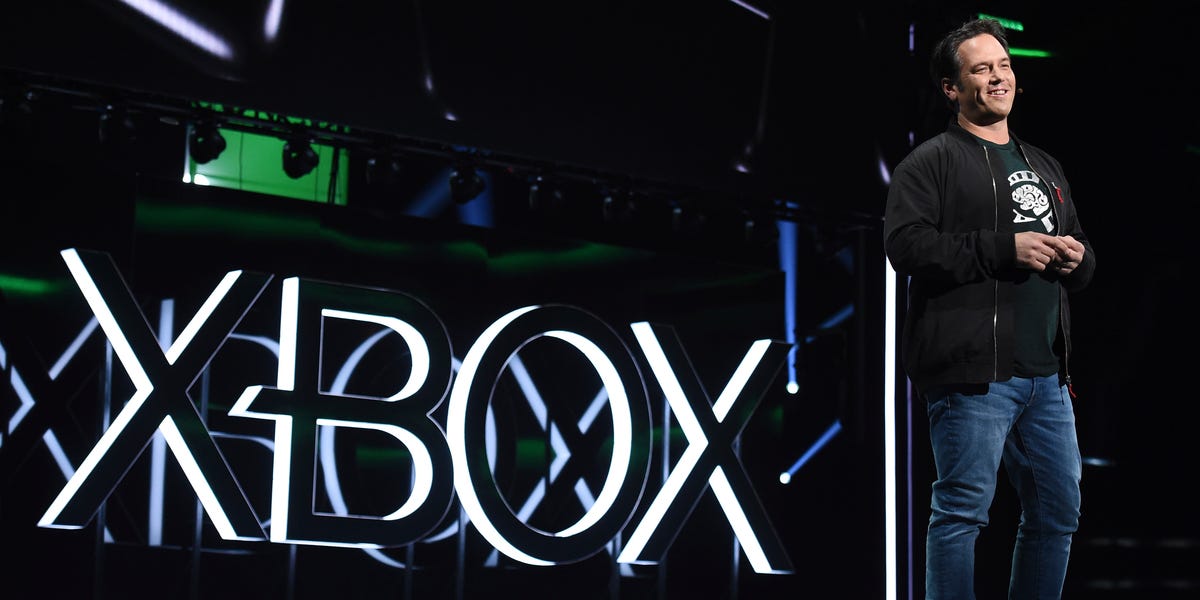 Xbox boss Phil Spencer says that the pandemic is driving a 'big flood' of new gamers, but it's a bittersweet victory: 'You wouldn't wish this is the way we get here'

Gaming is thriving during the pandemic, a rare example of an industry that's succeeding amid the economic shutdown. But it's a bittersweet victory.

Many of those folks are turning to video game as a means of passing the time, and the game industry has seen a massive spike in business as a result. In March 2020, the game industry had its biggest March in over 10 years; sales of game consoles, games, accessories and game cards topped $1.6 billion, according to The NPD Group's monthly report.

It's a rare example of an industry that's seen a major upswing in revenue during the pandemic — a bittersweet victory for game companies, which have also implemented working from home policies and are facing the same struggles as everybody else.

The runaway success of Nintendo's "Animal Crossing: New Horizons" is a standout example of Spencer's claim: The Nintendo Switch game has become host to virtual weddings, holiday, and birthday celebrations. And just this past weekend, over 27 million people flocked to "Fortnite" to take part in an interactive virtual performance by Travis Scott.

At Microsoft, which owns Xbox, Spencer said the company has seen growth across every sector of its business, from console sales to usage of services like Xbox Live and Game Pass.

"We track what we call 'new to Xbox customers,' — new to gaming customers — people that we're seeing for the first time," he said. "And we're seeing a big flood of new people come in to gaming."

At the same time, the video game industry is made up of thousands of people who are all experiencing the same global crisis as the rest of us — from the bug tester on the next "Halo," up to and including the head of Xbox, Phil Spencer. It's a bittersweet victory.

"You wouldn't wish this is the way we get here," Spencer said. "We've talked [internally at Microsoft] about this. It's about, 'How do you feel that gaming is doing well at a time where the world is hurting?'"

Spencer reframed the situation: "Our opportunity is to stand on our principles and our values and be there when our customers need us," he said.

"We want to be very thoughtful and not exploiting the situation. We're not putting in place any different business tactics or other things. We're just trying to keep all the services up, trying to keep the games enjoyable, keeping our networks safe and secure. And being there at a time of need. I'm proud that we can provide this activity for people."
Reactions: DunDunDunpachi, JareBear: Remastered, JoeyWestSide and 2 others

No doubt. I know myself I've been playing a shit load more while being off work.
Reactions: Imtjnotu, Gavon West and CatLady
M

they are actually impressed by it, specially the clean house mission
Reactions: The Scrivener

MCplayer (Master Chief) said:
they are actually impressed by it, specially the clean house mission
Click to expand...

What about the flying over the heads mission?

Doc Honk said:
What about the flying over the heads mission?

Edit: Just joking, not everyone's mother tongue is English I know, but I think you should analyze K's post.
Click to expand...

Phil!
I travel around the world, there´s more out there than just the USA! Ya getting beating brutally. I can´t say shit for indoasia, i´m too afraid to roam the waters closer to Japan!

An increase of 25% when you´re hovering around 200K or less ... i´m surprised no one is talking about how devastating the numbers are (if we include euro-asia). Last generation everything was valid, now from getting number (NPD) to not getting any concrete numbers at all (microsoft nor NPD).

Also it kinda seems to me, like his using the mega success of the switch and animal crossing to get some of that cake $$$ karma ... both game&hardware are literally the reason why march 2020 was SO GUD.
Last edited: Apr 28, 2020 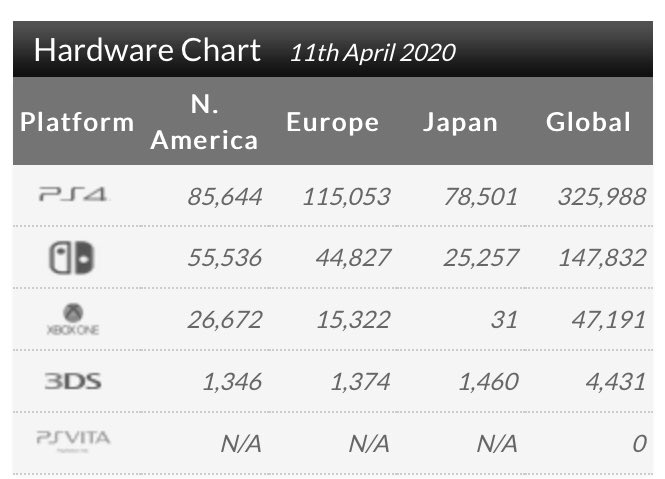 Glad to hear it.

This is not a shot at Phil, or Sony or Nintendo, but it would be a nice gesture if the big 3 made online play free for the duration. I know it's a business, not a charity, but it could well pay dividends for them in the long run, especially with the new consoles coming out.

Now's the time to get folks outside of your usual target demographic hooked. You could even change the culture of online/competitive play, moving it beyond the narrow 13-30 window that it seems mostly locked into.
Last edited: Apr 28, 2020
Reactions: JareBear: Remastered, DeepEnigma and DunDunDunpachi

I know long time gamers are gaming more than ever right now but I didn’t a large flood of brand new gamers
Reactions: DunDunDunpachi

It's bittersweet, but hopefully this surge chips away at the stigma against gaming hobbyists. Gaming is fun. I'm glad more people realize how fun it can be when you're trapped inside or out of work.

Its driving lots of new gamers .... TO PLAYSTATION

Reactions: PropellerEar
You must log in or register to reply here.