Ever love a game but fubdamentally loathe some part of it so fucking much you actually just stop playing it?

Im having one of thise moments with Bayonetta.

Going through it again and Ive hit that fucking stupid 'defeat all enemies without touching the ground' portal.

Who thought these were a good idea? They do nothing but increase my blood pressure. They make me want to throw the controller across the room; but if you want to get all the unlockables (here comes pet peeve number 2) you have to go through the challenges to increase the final level score....another one of those stupid things that just make me want to rage tbh. That arbitrary rank at the end of the level that says yeh so you got through the level, but you took a hit so we're gonna have to just knock that score down, guess you wont be unlocking jackshit unless you replay that half hour again with faultless precision.

Something that pop up in WAY to many action games, especially Platinum ones which I otherwise love, but then feel like I never get everything from because the game insists on making you try and beat some benchmark that requires OCD like commitment.

Just use the whip
Reactions: Labolas and Fbh

I actually really disliked most wolf segments in twilight princess which I know is controversial however weirdly enough I throughly enjoyed Okami all the way through so who knows maybe wolf link is a mongrel.
Reactions: Cryio

I love Hollow Knight, It's my favorite Metroidvania and one of my favorite games from last gen.
But I'm not doing the fucking Path of Pain, and the reward isn't worth it anyway.
Last edited: Sep 22, 2021
Reactions: Cynical_Aries, sircaw and DelireMan7

I didn't like the Purple Key challenges in Doom Eternal. I get out of a fight with good health and good ammo, now I gotta do a time trial for killing, ultimately losing health and sometimes needing my most powerful weapons' ammo to beat it. I couldn't even find them all so by time I finished the game it felt like it was all for nothing.
Reactions: Phase, NeoIkaruGAF, nkarafo and 1 other person

Jigsaah said:
I didn't like the Purple Key challenges in Doom Eternal. I get out of a fight with good health and good ammo, now I gotta do a time trial for killing, ultimately losing health and sometimes needing my most powerful weapons' ammo to beat it. I couldn't even find them all so by time I finished the game it felt like it was all for nothing.
Click to expand...

Yeah, those were dumb, should have been post-game or game+ content or something.
Reactions: EL BABE and Jigsaah

Bragr said:
Yeah, those were dumb, should have been post-game or game+ content or something.
Click to expand...

I mean I guess I could have gone back to those levels just to search for them, but in the end if I'm getting something in the gallery or some decoration for the Base of Operations in the game...I really don't care. Maybe I would if I was into the original DOOMs, but I couldn't even afford a PC back then. I hate collectibles in games as it is. The story and fighting was good enough for me.

I don't even know if there is NG+ or not in the game. I played through it on Ultra Violence and by time I finished it I was so done with the game I immediately uninstalled it.
Reactions: NeoIkaruGAF

Driving licenses in several Gran Turismo games. You must do bullshit challenges in order to unlock next tier driving license that allows you to progress to harder races.
Last edited: Sep 22, 2021
Reactions: Senor Hype and Nitty_Grimes

I’m one trophy away from the platinum trophy in Resident Evil 8
The stupid mercenaries mode strips you of all of your weapons and gives you a pistol which wouldn’t be so bad except the aiming and shooting is easily the worst part of the game
Reactions: arvfab

The land of sky blue waters

Except for San Andreas, the ambulance side mission in GTA games. Absolutely awful handling and if you make one mistake, you're screwed.
Reactions: Vier
E

Ooooo I got a good one. Treasure Hunt challenges that has some hand drawn scribble on a piece of paper telling you to find whatever location. ESO, RDR2 I'm looking at you!
A

Playing Fallout 3&4. Didn't manage to suffer more than 5-10 hours on each.

EDIT: re-read the thread title. Fallout games are not brilliant. Please ignore the above message.
---------

The additional missions in Vanquish (one in particular...) are the reason I'm missing the platinum in it.
Last edited: Sep 22, 2021

Mostly 2D games these days. The last boss of Cyber Shadow was such an annoying jump in difficulty from the rest of the game. Once you learned the pattern it wasn't too bad but it was still a solid challenge. The same goes for the last bosses of Blasphemous.

One of my biggest pet peeves in gaming though is doing a scripted sequence, dying and then having to do it again. Who wants to do that again after seeing it? Who exactly think that's fun? Ori definitely had some of those moments.

Uncharted 2: Among Thieves - Chapter 2: Breaking and Entering
and every other sneaky segment in a non-stealth-game

The casino in Persona 5 and the galaga gameplay in Nier Automata.
Last edited: Sep 22, 2021

MetalRain said:
Driving licenses in several Gran Turismo games. You must do bullshit challenges in order to unlock next tier driving license that allows you to progress to harder races.
Click to expand...

Hope to fuck they aren’t back in 7 or at least don’t lock down half the events like the original did.
Reactions: MetalRain
A

Shit can make you...

Blocking Platinum with in game grind which could be bypassed with mtx. The taunts in dmcv. I had to farm for an hour with Dr. Faust to get 9000000 orbs to unlock the final upgrade of Nero, Dante and V each tied to a trophy. Shitty stuff. My fingers were hurt and in pain.
Last edited: Sep 22, 2021

Collectibles. I don't want to spent hours to search collectibles just to see the true ending. I loved The Origami King, but fuck you Nintendo.
Last edited: Sep 22, 2021

Mohonky said:
Going through it again and Ive hit that fucking stupid 'defeat all enemies without touching the ground' portal.
Click to expand... 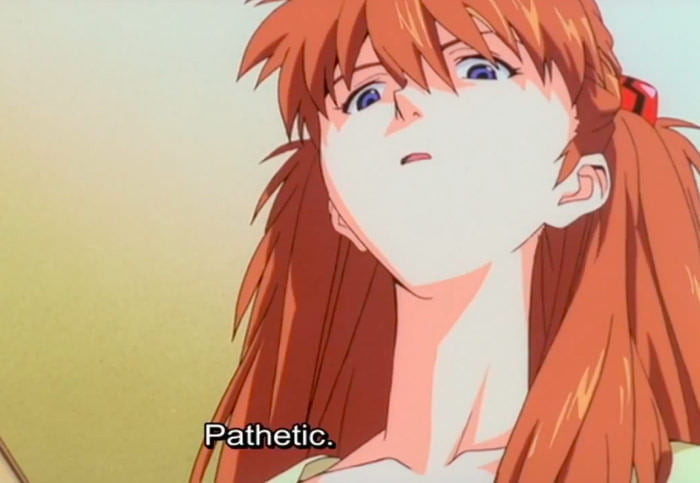 All the challenges in the single player in Red Dead Redemption.

Slippery floor at the beginning of the Y tower stage in Sor4.
So exaggerated and exasperatingly awful.
Keep those slippy slidey floor tropes back in the 90s where they belong.

I will never going get platinum in FF IX.
Last edited: Sep 23, 2021
Reactions: Vier and NeoIkaruGAF

Yes, so much this
Reactions: Dr. Suchong

There's a level in Nier where you have to go through relatively simple bullet hell rooms, but each room has a restriction on moves that you can't do. I remember one of the room forbidding running. I don't mean spriting, I mean running as in the default movement which occurs where you move the stick in a direction without touching anything else. Nier doesn't have a walk button so what you have to do is slightly move the stick to stay in the walking animation and pray you don't accidentally go into running and die immediately. It doesn't make the room any harder either, just incredibly cumbersome. If they didn't straight up rip this out of the remake, it's a bad remake imho.
Last edited: Sep 23, 2021

Timed missions, as my friend has labeled them, are the devils work.
Reactions: arvfab

Drone Challenges in Judgement... A lot of "I'm never going to do that" in Yakuza games in general.

Playing Pathfinder Wrath of the Righteous now. Loved it at first. The true heir to Baldur's Gate. But got to Crusade mode which feels terrible and out of place.
T

Anything that has an instafail stealth section

Someone said on the purple board one of the D2 achievements is getting a level 99 character on HC mode.

Mohonky said:
Im having one of thise moments with Bayonetta.

Going through it again and Ive hit that fucking stupid 'defeat all enemies without touching the ground' portal.

Who thought these were a good idea? They do nothing but increase my blood pressure. They make me want to throw the controller across the room
Click to expand...


@Topic: The Driver 1 tutorial of course. not because it is especially hard to do as a concept, but because it often doesn't register correctly and some of the challenges have arbitrary weird rules (like where to start and finish the slalom)

i can't count how often I did a perfect 180° spin and the game just didn't recognize it... so it was more the programming was wonky at that part, not that the challenge itself was bad.
they redid that mission in Driver San Francisco and they programmed it way better there, and it is a piece of cake in that game even tho you have to do the exact same things.

You unlock that mission by driving faster than 88 miles per hour in a DeLorean btw. which is a cool idea IMO
Last edited: Sep 23, 2021
You must log in or register to reply here.

Nov 2, 2021 started Draugoth
Saturday at 7:14 AM
fersnake
2
Poll High PC prices: Do you plan on buying games for consoles that otherwise you would not?