‘The Nun’ Bows With Almighty $77.5 Million at International Box Office

Warner Bros.’ “The Nun” dominated the worldwide box office with $77.5 million in 60 international markets, along with $54.5 million in North America for a massive global start of $131 million. It broke the domestic record for the second-biggest September opening, along with the best debut in the “Conjuring” series.

Among holdovers, “The Meg” generated another $11.3 million in 67 markets. That takes its overseas cume to $360 million, along with $492 million globally. Warner Bros.’ shark thriller opened in Japan, its final market, with $3.3 million on 382 screens. In France, it made $1.4 million in 478 locations.

Fellow Warner Bros. title “Crazy Rich Asians” took in $5.6 million in 23 territories for an overseas total of $28.5 million. Jon M. Chu’s acclaimed romantic comedy pocketed another $13.5 million in North America. To date, it has made $136 million domestically. This weekend, it amassed $3 million in Australia and $618,000 in Singapore. It bows next in the U.K., followed by Mexico and Japan.

Elsewhere, Universal’s “Mamma Mia! Here We Go Again” launched in Italy with $1.6 million. The musical sequel earned $5.9 million this weekend in 68 markets. It has made $257.3 million internationally and $119 million in North America. 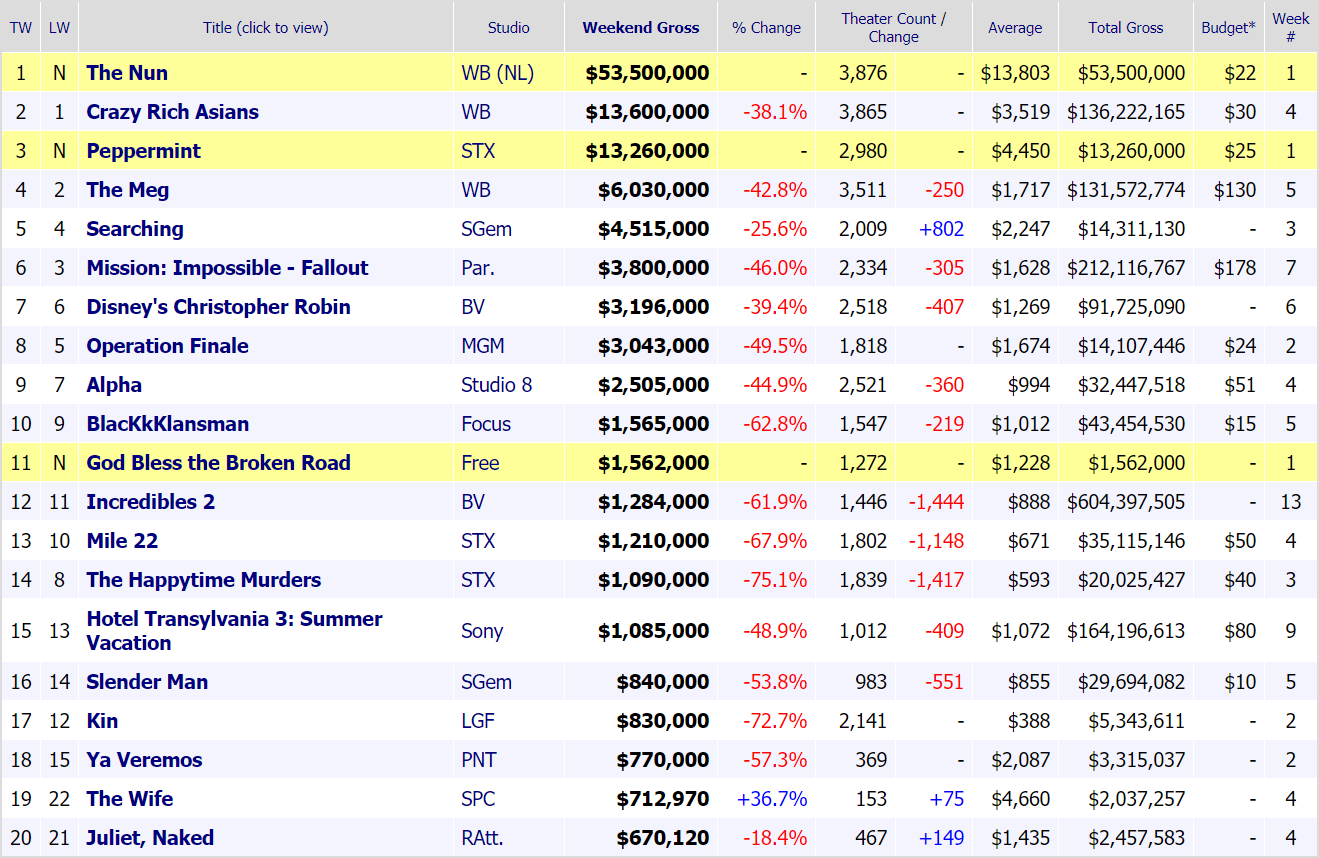 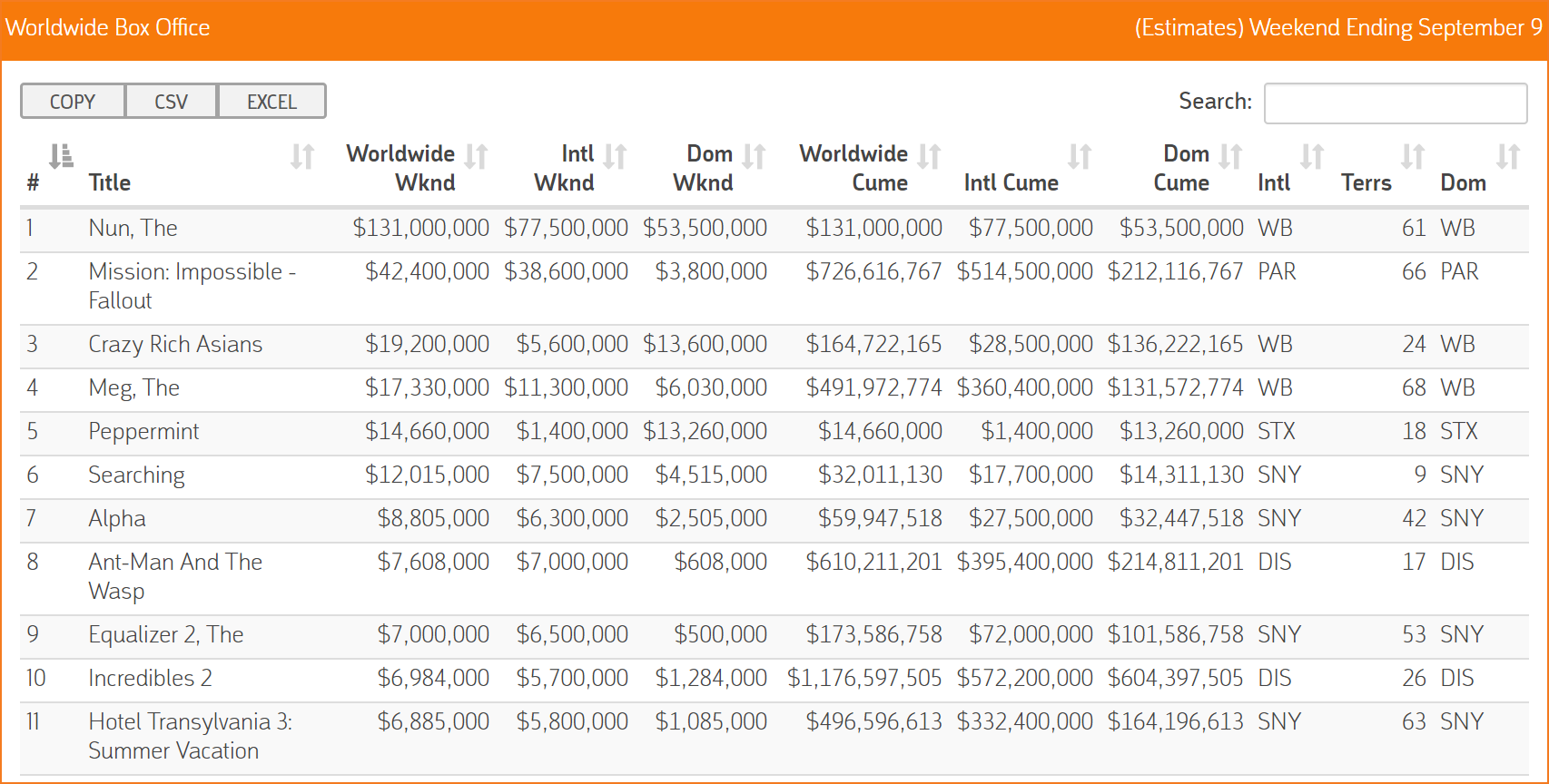 if that doesn't show the power of youtube marketing, nothing will
You must log in or register to reply here.