I was thinking about it yesterday.

I remember many times in the past when a Nintendo console came out people were voicing their disappointment with battery time.

But should it be the case? Nowadays you can plug in your charger on the plane or on the train.

On the other hand it depends on the device, since Apple Watch is also not being looked upon kindly due to battery life, but that is something you are expected to use / wear all the time.

So what will Nintendo do? Go full power and sacrifice battery life or is this something anti-Nintendo?

The first Switch revision had about 8 hours of battery life, and the OLED is even better. So…

Judging by Nintendos history they will design around a balance of good battery life and performance. I expect similar battery to the launch switch, so about 4hrs.

I thought Switch had a better battery life than the Deck? Or do you think Nintendo will feel inspired to cut down the battery life because people are fine with the Decks?

Nah. Nintendo doesn't have the eco system of steam's library.

Yep. Sorry OP but you’re well off the mark for me personally. I have a day one Switch and I’d constantly be checking the battery life because after playing for 1 hour it’d be on 60%.. Now with my Oled I play for an hour and it’s still on 90%. Makes a huge difference to my enjoyment. Huge battery life is massive for a handheld.

I don't really understand the question. A battery life of only 90 minutes can never be a good thing, right? Why would they want to reduce their battery life compared to previous versions of the Switch?

To make the console more powerful? They haven't had the slightest interest in a powerful console since the Gamecube days, on the contrary. So yeah, that would be very anti-Nintendo. Or am I misunderstanding the question?

Steam deck fan is a vacuum cleaner and the battery is trash. Nintendo doesn't want any of that. Also just so you know, Nvidia does the power management better than AMD.

existensmaximum said:
I don't really understand the question. A battery life of only 90 minutes can never be a good thing, right? Why would they want to reduce their battery life compared to previous versions of the Switch?
Click to expand...

Yes, but here's the thing - I do not see this much comments saying how the Steam Deck battery is terrible. Seems to me people understand that for this quality gaming on the go the power draw has to be big, hence the battery will discharge faster + as I mentioned nowadays there are more and more places to charge your device around you.

For one, the Switch 2 will have a lower power portable mode while the Deck runs full steam all the time. But irrespective of that, I believe Nintendo will wait until they can get both a nice increase in hardware power and good battery life. They have no direct competition at the moment so they don’t need to rush.

Cyberpunkd said:
Yes, but here's the thing - I do not see this much comments saying how the Steam Deck battery is terrible. Seems to me people understand that for this quality gaming on the go the power draw has to be big, hence the battery will discharge faster + as I mentioned nowadays there are more and more places to charge your device around you.
Click to expand...

Nintendo will be aware of the steam deck, but I don't think they will make any major decisions around online comments made about it.

Nah, I don’t think Steam deck will influence anything Nintendo does going forward.

If there's one thing Nintendo has picked up on over the years, it's that you want to squeeze as much life out of your batteries as you can. So no.

I don't think so. 3 hours should be the bare minimum for the more demanding games, and I'm sure Nintendo thinks the same.

Nintendo don't give a shit about what Valve is doing.

Cyberpunkd said:
Yes, but here's the thing - I do not see this much comments saying how the Steam Deck battery is terrible. Seems to me people understand that for this quality gaming on the go the power draw has to be big, hence the battery will discharge faster + as I mentioned nowadays there are more and more places to charge your device around you.
Click to expand...

The selling point with steamdeck is compatibility not really its power. The good thing for Nintendo is that they need not worry much about compatibility for sales and would have good battery life regardless.

The big difference is that the Deck is for enthusiasts. Even though it seems to be a success for Valve (it's permanently sold out, you end up on waiting lists for over a year), the general buyer is a niche but very interested in hardware, computers and also has a Steam account in advance, without which a purchase would not be possible. Accordingly, Valve gives its customers complete freedom to do whatever they want with the Deck. If the customer wants to use a very elaborate application, but the battery only lasts <90 minutes, it's the customer's decision to do so. If the customer doesn't like it, he or she can turn down the settings and enjoy the game longer. But basically, everyone can enjoy his or her games the way he or she wants to. Even I, I would call myself an enthusiast, or at least someone who knows more about this hardware/gaming stuff than the people around me, felt a bit overwhelmed by all the setting options and data at the beginning. However, after some trial and error and reading, you find your way around and there is really the right setting for everyone.

Nintendo would and could never allow this freedom, because the Switch was designed for a customer who doesn't need to have any prior knowledge of hardware and computers. You pick the thing up, play around, and put it down. It simply has to work for everyone, whether they're 5 years old or 80years old, core gamer, casual gamer or no gamer at all.

Even if they seem very similar at first glance, due to the form factor and the selling point "portable gaming" the Deck and the Switch are two completely different concepts.

For me, the Deck works better than the Switch, but millions of Switch owners probably wouldn't be able to do much with the Deck, let alone realize its full potential. There are obstacles and you have to be willing to do a lot yourself if you want to use the Deck to its full potential. The Switch works out of the box and for everyone.

So my guess is no, Nintendo won't follow the Deck in the future.

EDIT #1:
I read again and again that people claim that the Deck only lasts an hour and that is simply wrong and can only come from people who do not have a Deck or haven't played a few days with it. It depends 100% on the user, how long the battery lasts and you can get out as good as always some playtime.
Anyone who has seriously bought a Deck in the belief that they can play todays AAA games with max details for a whole day in the park has unfortunately lost sight of reality. If you took a look at the Deck's data and did the math at the very beginning when Valve announced the Deck, you could already assume that the Deck would be exactly the product which it is now. These bad "surprises" from customers or bad talk from non-buyers can only come from not taking a close look at the APU, the battery, the possible power consumption.

As I said before, the Deck gives you the freedom to do anything with it. If you don't understand that or aren't willing to adjust settings, optimize the experience, and give Valve a hard time for offering too much computing power for too small a battery, then maybe the Deck just isn't for you. 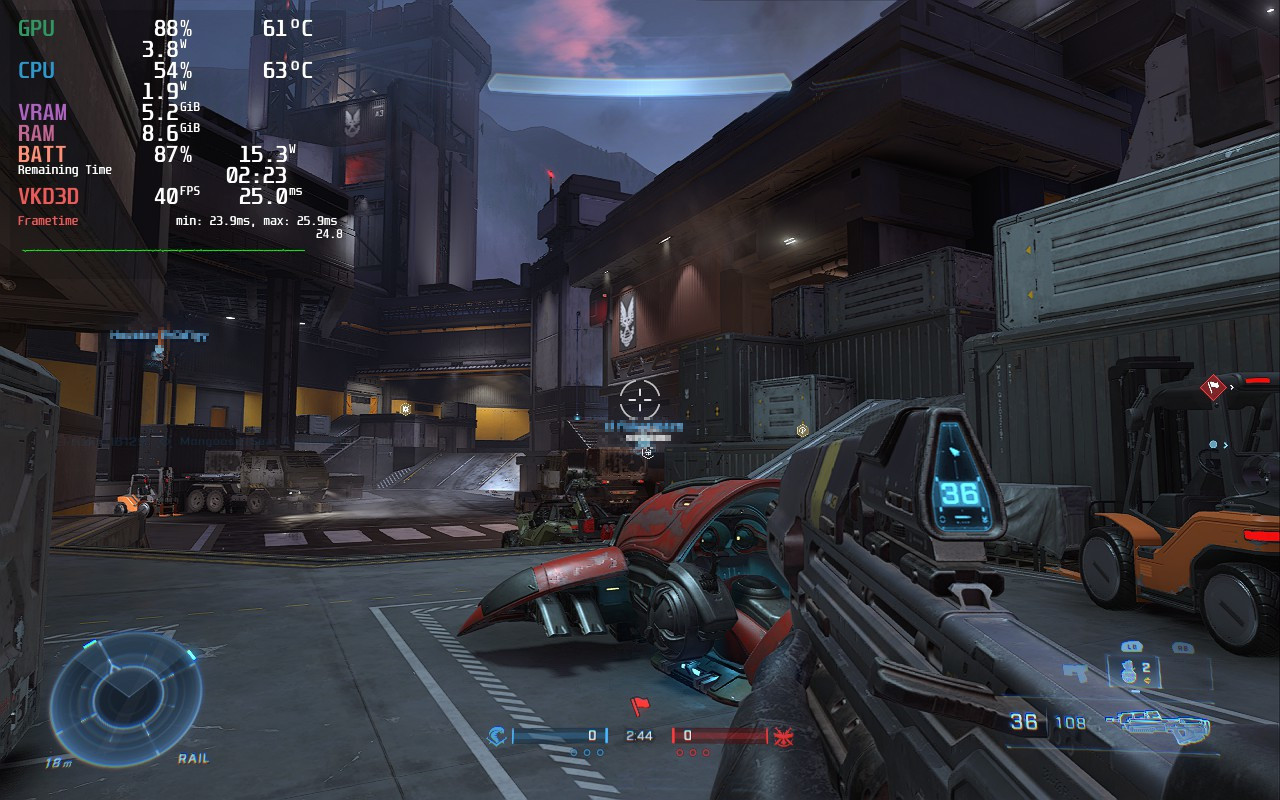 They care about battery life, no question. a portable gamming system that barely lasts an hour playing full charged is a joke,airport or no airport.

But my guess Nintendo will start with og Switch battery for next generation and improve from there, if they need to downclock something to achieve that standard they will do it.
Last edited: Sep 10, 2022

OLED model has great battery life. I'm getting several hours even from demanding games like Dying Light and the Witcher 3.

Switch runs games at "Ultra Low" settings, of course it has good battery life. Nintendo achieves this by having Docked and Undocked profiles. Deck will run at full tilt unless you manually change it. Deck has as good or better battery life than Switch V1 and Switch Lite in like-for-like situations.

Switch OLED lasts long enough that my hands start cramping and getting tired from holding the tiny joycons. I just can't go very long holding the Switch.
I've not actually held a Steam Deck so maybe it's comfier.

If there's gotta be a balance between power and battery life I'm gonna lean towards power because if I'm home it'll be plugged in and if I'm on a long trip I'll just use a power bank.
Saying that though when it comes to phones I prefer the battery life, partly because there's fuck all noticeable performance difference between most modern phones anyway but also because I actually carry it everywhere and while a switch or steam deck is portable I'm not carrying it at all times in my pocket like my phone. 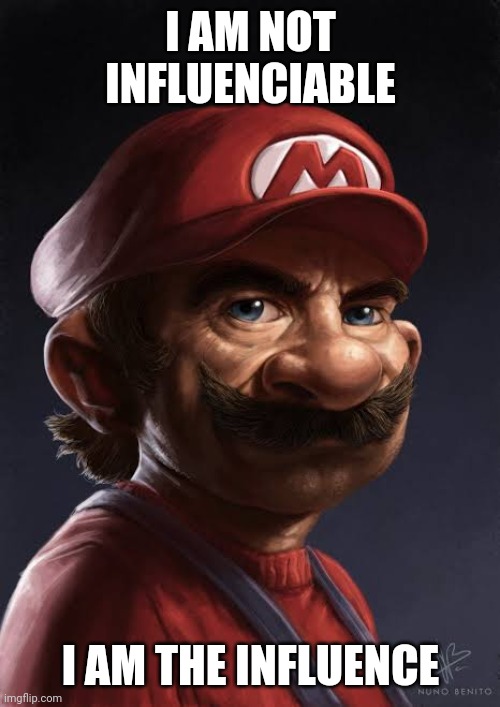 I know it's already been addressed, but for a little more context, you could expect around 3 hours on games like BOTW on OG model Switch. Less demanding games allowed you to stretch it to maybe 5 hours.

Nintendo has done a great job with the Switch revision and its power efficiency. Really the credit goes to Nvidia, but Nintendo made the decision in terms of target power vs battery life. I don’t see anything Valve does with the Steam Deck to influence Nintendo, they are the clear leader in the handheld gaming segment and have been for a very long time.
You must log in or register to reply here.