Will/should Nintendo join in on the "acquisition spree" of Sony and Microsoft?

After a busy period of acquisition announcements from both Microsoft and Sony, Nintendo has been asked whether it too p…

After a busy period of acquisition announcements from both Microsoft and Sony, Nintendo has been asked whether it too planned to purchase other developers.

Perhaps unsurprisingly, considering how well it's doing its own thing, Nintendo's boss said no.

"Our brand was built upon products crafted with dedication by our employees, and having a large number of people who don't posses Nintendo DNA in our group would not be a plus to the company," Nintendo boss Shuntaro Furukawa told investors today (translated by Bloomberg [paywall].

Nintendo has only occasionally purchased external developers in the past - and certainly not with the same speed as Microsoft and Sony's acquisitions over the past two years.

"We have more IP than we know what to do with, so how about we buy a company so we have even MORE IP we'll sit on? We'll be so cool, just like Konami!"

I think they're set up to have a very goof couple of years in terms of output, during which time they can staff up considerably.
Last edited: Feb 3, 2022
S

Marty-McFly said:
What's the point when they dominate the industry with their own ip alone?

Imagine that. One publisher taking on the entire industry.
Click to expand...

It's absolutely amazing, isn't it.

And they've been doing it a very long time. They have basically 40 years of consistency. 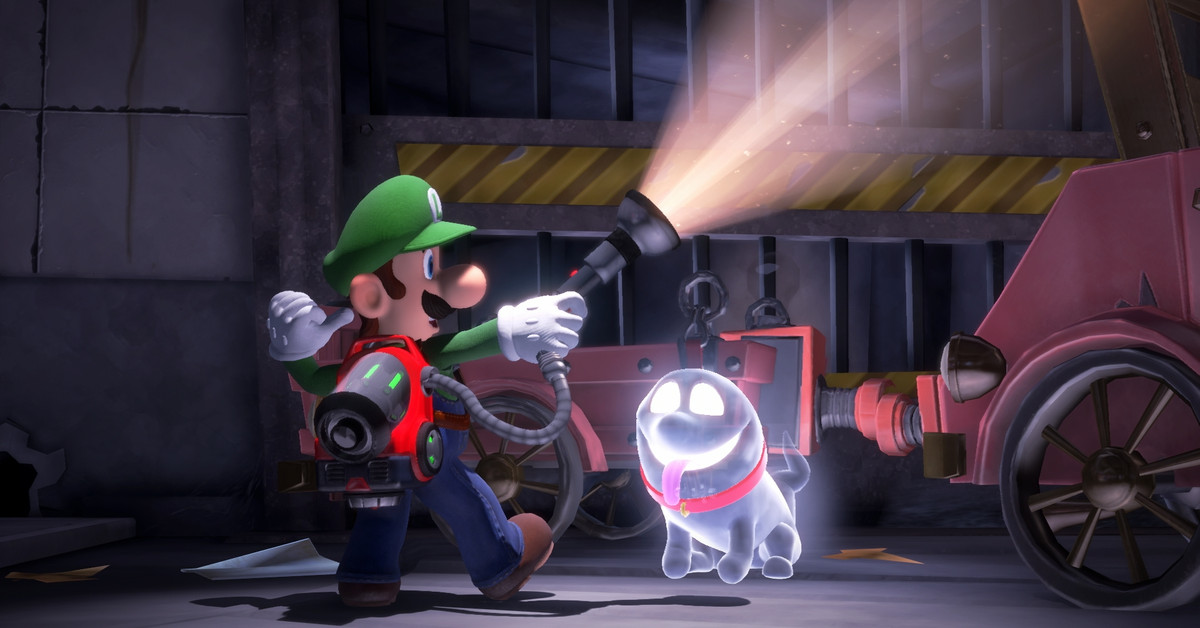 They started this mess. Naughty Nintendo.

Yes, because I loves me the pissing and moaning because Boyonetta 2 and (hopefully) 3 exist; hearing the salt sprinkling from the heavens about trapping devs on inferior hardware is like a chorus of angels to my ears.

I don't think they will. I think it's more likely that they allow MS to put Gamepass on the Switch and Nintendo will just take a cut of it. Nintendo doesn't see MS and Sony as direct competitors.

lh032 said:
Nintendo was successful because of the system, not the IP .
Tell me what happen to Wii U.

30+ years of Mario says your wrong

AmuroChan said:
I don't think they will. I think it's more likely that they allow MS to put Gamepass on the Switch and Nintendo will just take a cut of it. Nintendo doesn't see MS and Sony as direct competitors.
Click to expand...

I don't think they'd do Gamepass. They talk about the value of their software. Gamepass flies in the face of that.
L

Nintendo doesn't have to do anything. They are still making tons of money from people that buy their high profit margin hardware and accessories. They re-release games, most often at original MSRP, often with less features or a lack of modernization or remastering and people still buy them.

Their lack of innovation is very bad for the industry, but I don't think they are financially in a bad place. They are lucky they established successful IP in the late 80's, but it's too bad their software and hardware development is lackluster and their business practices exploitative of the naive or young consumer.

FStubbs said:
I don't think they'd do Gamepass. They talk about the value of their software. Gamepass flies in the face of that.
Click to expand...

It wouldn't be their software that'd be on Gamepass. It would be a curated version of Gamepass that just offers Microsoft's 1st party games.
F

AmuroChan said:
It wouldn't be their software that'd be on Gamepass. It would be a curated version of Gamepass that just offers Microsoft's 1st party games.
Click to expand...

Jubenhimer said:
Microsoft and Sony Interactive Entertainment have recently been making big spends on acquiring studios all over the place. Microsoft even went as far as to merge with an entire publisher, giving themselves two creative publishing labels in Xbox Game Studios and Bethesda Softworks. So where does that leave Nintendo? Nintendo hasn't made nearly as big of a push in buying up studios. The most recent acquisition, was Next Level Games last March. Before that, was MonolithSoft in 2007.

Nintendo does things a bit differently than its contemporaries. Rather than buy a large collection of disparate studios, they instead have a few dozen small internal groups that work on a wide variety of games both internally and from external and subsidiary studios. Nintendo publishes way more games per year than either SIE or XGS, so they're not exactly starving for content. And Nintendo is a Japanese company. Japanese game companies generally don't go for the "Buy them all" approach of companies like Microsoft or EA. That seems to be more of a western business strategy. If Nintendo does acquire a studio, it's usually because the studio itself wants to sell and Nintendo sees their value in a key area.

That said, buying a lot more studios could give Nintendo more places to make games with. More developers could mean more houses for creative thought, which could mean different takes on Nintendo classics or New IPs that deviate from traditional Nintendo aesthetics. It could also mean that the studio has a safety net in case things go south rather than just struggle and wither away (though that's not always a guarantee).

So should Nintendo get in on the studio shopping spree? IMO, no, there is no real incentive at the moment. There's plenty of games coming to the Switch every month first and third party, so those N64/Wii U-esque software droughts are a thing of the past. However, it would be interesting if Nintendo did join in on the trend and start buying and merging with more developers.
Click to expand...

No, and it would be a complete waste of resources.

'Traditionally', developers that have worked closely with Nintendo do sometimes get acquired if they have really impressed Nintendo.

Depends on where they see themselves long-term. If the main goal is to become a streaming service for games they probably should invest in more studios. Content is the most important thing and while Nintendo has some absolutely fantastic IP I kinda doubt they’d be able to keep pumping content out at a steady pace as things stand.

I’m not sure that’s what they want though, I feel they see themselves as more of an entertainment company. They’re investing in theme parks, movies etc. etc. instead. .
S

Why? Nintendo already consolidated to supply only for 1 device …

Nintendo is enjoying handheld consoles, why would they fight over home consoles/PC space? They can release any cellphone-level game and sell it for $60 and yet make 20-30M total sales at full price. If it's not broken, don't fix it.

Or Roblox buy Nintendo.
You must log in or register to reply here.