Where do Naughty Dog go with their next IP?

So, since 2007 Naughty Dog became the 'Uncharted studio', then made a divergence with TLoU. Here is a list of all their titles from that era (disregarding remasters by Bluepoint/Mass Media).


They also have a retired/dormant franchise

Neil Druckmann has pretty much said Nathan's story is over - I don't see this decision being rolled back:


"This is the last mark we get to make with Nathan Drake," said Naughty Dog's Neil Druckmann as he introduced gameplay for the latest and seemingly final Uncharted title, A Thief's End.

"As a team, this game felt really personal and special to us because it's the last story we get to tell with Nathan Drake," Druckmann told me later. "We wanted to make sure we get it right. Everyone's trying to cram everything into this game. Before we knew it, it got so ambitious that we're like, 'We're not going to hit our 2015 date, clearly,' but we didn't want to cut anything because it all felt important for this story. It all felt important for Nathan Drake leaving his mark. It was 'go big or go home' kind of mentality."
Click to expand...

There is the option to carry on the Uncharted series with other protagonists, and they did this to an extent with Lost Legacy.

I think there's a reason this hasn't been revisited. I simply feel ND have outgrown this franchise and after three titles they're happy to see it retired. I don't expect them to go back to Jak at all. Maybe develop it - see Savage Starlight below.


The Last of Us
Obviously the ending of TLoU is not known and let's avoid speculating. So let's assume it has an 'open' ending for the purpsoe of the thread. I doubt the studio will want to revisit that world so soon again. And it will probably need a bit of time to breathe.


The job listings page doesn't really give anything away but the studio have hinted Savage Starlight was parked in their artbook - it sounded like an iteration on Jak but more grown up and aligned with their current studio titles.

“We explored the idea of doing a science fiction game following the Jak and Daxter franchise, complete with androids, robots, and futuristic weapons. The sci-fi game was going to be centered around a city that had been built up around a giant hole in the ground. No one knew exactly what created the hole, but the adventure would have the player exploring the depths.”
Click to expand...

However, it seemd to be Straleys baby, and with him now leaving the studio - is the appetite there?

“Yeah, I’m not gonna drop hints to what it is, because who knows, it might actually happen. There’s one image in there that’s still in the back of my mind that I’d like to make a game out of. There’s one image. I’m just letting you know that it’s very possible. There’s still a story, there’s some great game ideas, there’s a lot of really cool stuff in the thing, like I think it’d be really cool to see if Naughty Dog could do this game.
Click to expand... 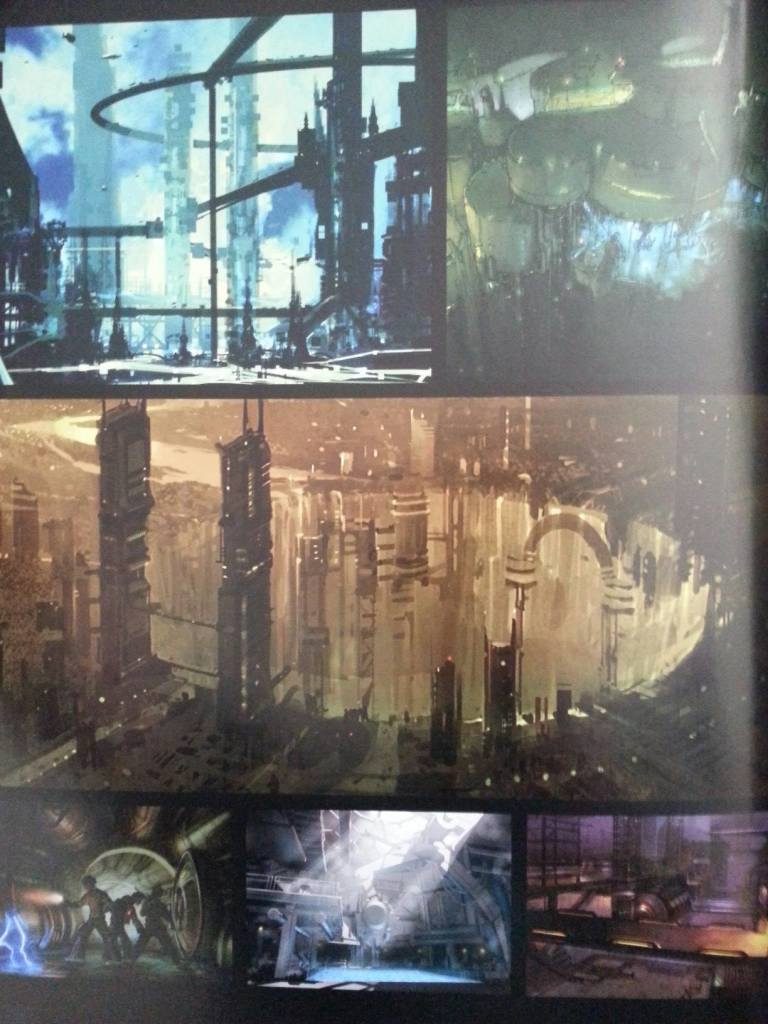 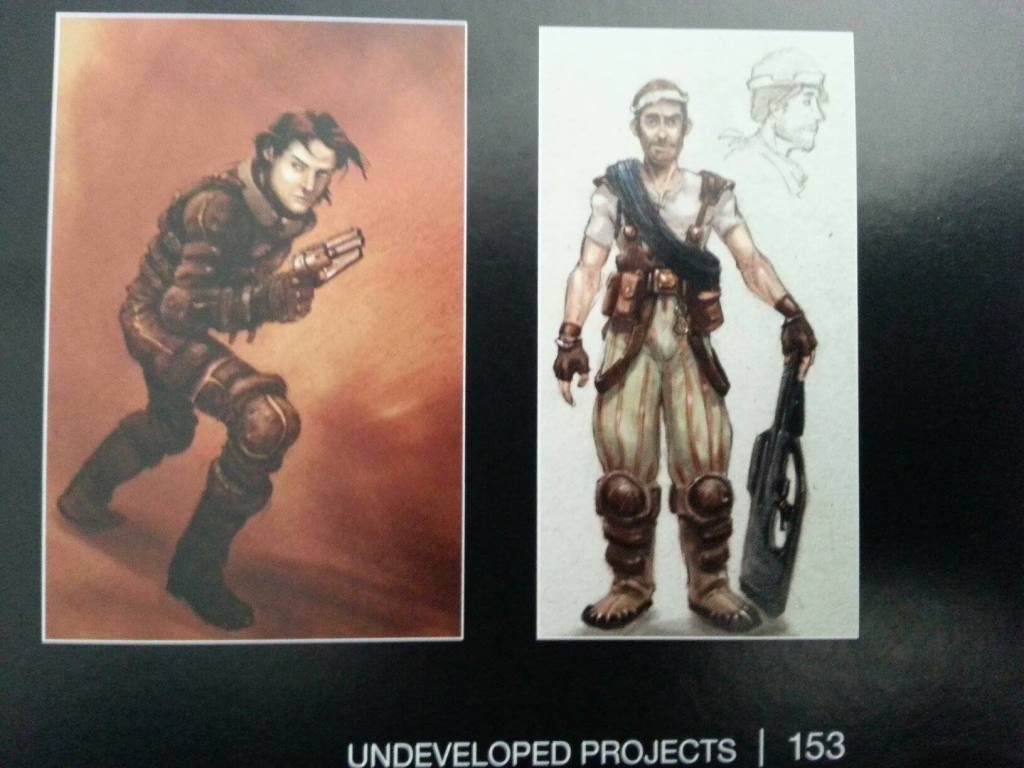 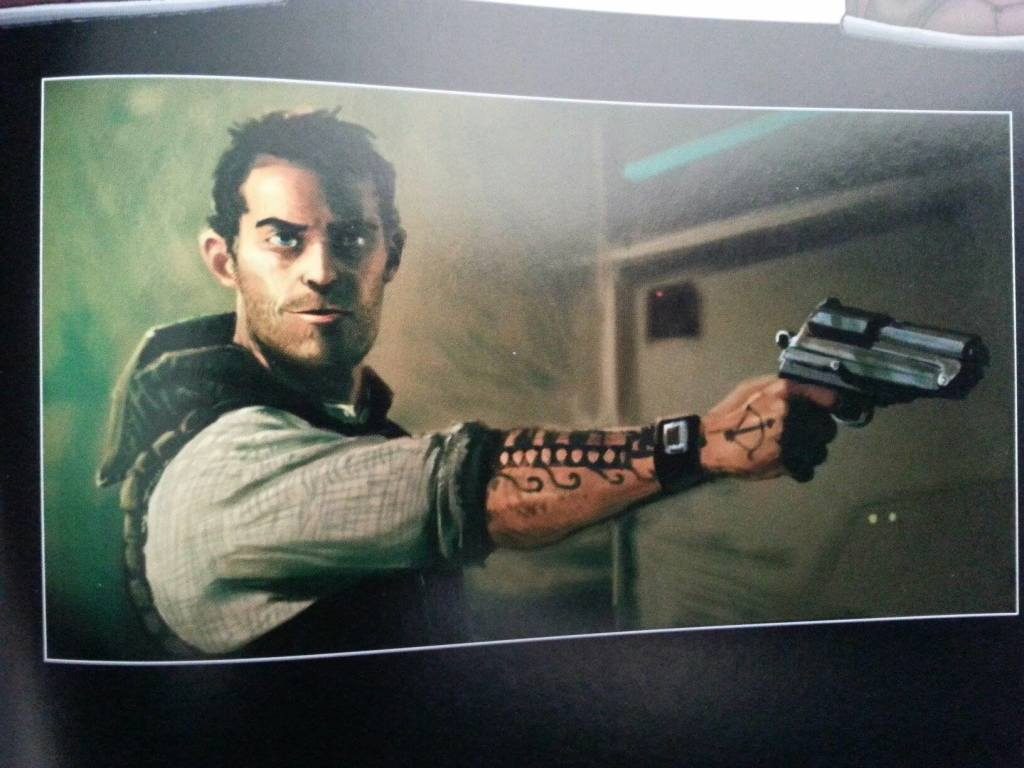 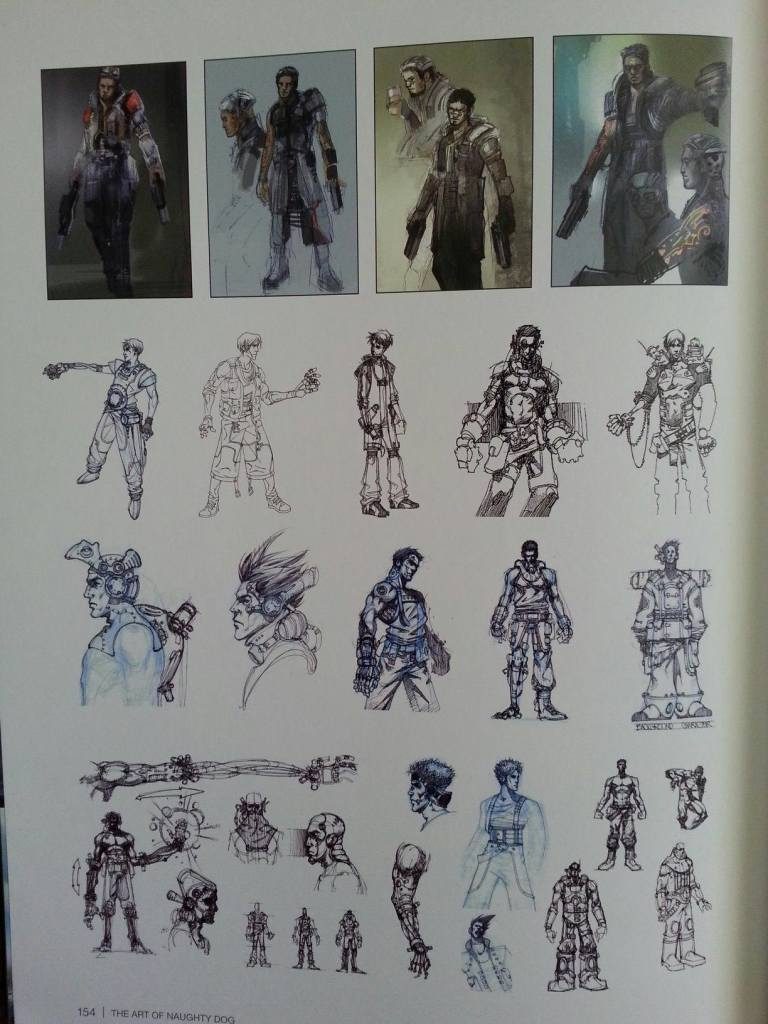 Away. I've zero interest in anything they do from here on in.
Reactions: BacklashWave534, Mattyp, Paulistano and 27 others

Further into woke planet as long as Neil druckman is on the helm. But once he's gone I'd love to see them go back into Crash and Jak.
Reactions: Raph64, PhillyPhreak11, CoolZombie360 and 20 others

i hope scifi or fantasy.
Reactions: Hobbygaming, EDMIX, DZ_b_EZ and 6 others

I just love Uncharted and Last of us so much I'd rather they alternate between them all generation to be honest.

Maybe a smaller or second team to do a new IP as despite what I want I wouldn't want to stifle their creativity.

Both Uncharted and Last Of Us have some basis on exploration / infiltration (go quiet until you have to go loud gunplay).

The could use a shift in what they do, a ND mass effect type game would be cool.

At the moment for me Santa Monica is the leading light of Sony studios, nothing compares to God war gameplay IMO.
Reactions: PhillyPhreak11, Aidah, JnrAdii and 2 others

I want to see them tackle the Dune universe in the style of TLoU. Fall of House Atreides, the rise of Paul to messiah. Knife fighting, Fremen, worms, Mentats.
Reactions: Cock of War, Panajev2001a and Roronoa Zoro

The last of us: eXtreme Kart Racing.
Reactions: Punkster88, 93xfan, Devilich and 1 other person
S

They like making at least 3 games in the series before starting something new (Crash on ps1, Jak & Dexter on ps2, Uncharted on ps3 and ps4).

New ip but please they must get rid of Neil Druckman first
Last edited: May 16, 2020
Reactions: DZ_b_EZ, CoolZombie360, Skyfox and 11 others


New IP would be awesome, maybe something sci fi like the rumors (or where they Santa Monica related?) i love sci fi/mistery thematic.
Reactions: Hobbygaming and EDMIX

Uncharted Next - Now his daughter is going to be the main protagonist
Reactions: Hobbygaming

Uncharted has wrapped up for now. TLOU could likely be a trilogy, so we might get one more entry on PS5.
So a new IP seems most likely to me, and certainly the most exciting prospect.
Reactions: Hobbygaming, JnrAdii and Vick

Something new and unexpected would be welcome. Preferably in modern day/not to distant future setting and guns instead of melee combat.
Reactions: Die Namek Ability

I’m absolutely positively sure we’ll get feminist Uncharted 5 with Drake’s daughter as protagonist.
Reactions: GeorgPrime, Shinobitron, Aidah and 3 others
B

try something new. how about that?

whatever it is i'm not touching it as long as that Druckmann character is involved.
Reactions: Skyfox, Aidah, LuisBell and 2 others

It would be cool if they did some medevil, lore heavy action rpg. In the vein of souls bourne but more action less rpg. I guess just some rpg elements.

uncharted the daughter with nathan as sidekick like scully
Reactions: Niked and The Dead Flag Blues

Something totally new. Tired of the same franchises.

over the shoulder shooting, hiding in bushes, walking talking for 5min at a time, pointless because danger-less climbing and semi scripted platforming.

I think they literally forgot to make anything else lol
Reactions: Aidah and Terenty

IamOnline4Real said:
Something totally new. Tired of the same genre.
Click to expand...

Edited for preference. I hope they tread away from their usual TPS action/cinematic adventure for the next title or two. I would love the return of Jak or even a spiritual successor to Crash.
Reactions: MilkyJoe
S

In an effort to make the most politically correct game of all time they will create a new franchise that follows the heroic exploits of a Meaningless Void. In an unexpected twist they accidentally create an Assassin’s Creed game.
Reactions: CoolZombie360, Cock of War, Niked and 1 other person


EDIT: Actually I would love a third person cyber punk game from them. More Battle Angel, and less like Blade Runner would be super cool.
Reactions: Hobbygaming

Given the fact that they were allowed to abandon the UC franchise, I'd say wherever they choose.
Last edited: May 16, 2020

I would love to see a new Jak or a similar game from ND. It would probably be good for them to reset from the TLOU's depressing world to a fun world. It would be good for the team's soul.
Reactions: Ian Henry

They should do a game where you play a naughty dog. Shit on the floor, eat shoes etc.
Reactions: Rock And Roll, Valonquar, SEGA_2012 and 2 others

I can't say TLOU Part 3 as I've not played 2 so it depends on how that one ends.

I only played Uncharted 1. I've heard 4 wraps up Nathan's story, but does LL likewise wrap up Chloe and Nadine's story? A sequel could always bring them back unless LL was also pretty conclusive with them.

I'll vote for Jak 4, though again I've only played Jak 1 so I'm not sure if Jak 3 felt like a proper ending. I can't really vote sci-fi or new IP because with any studio even if I love most of their work it doesn't necessarily mean I'll enjoy something completely different by them. At least when it comes to voting for a sequel, I have a general idea of what I'm getting barring some radical overhaul to the gameplay or such.

I'd like to seem them pass the Uncharted torch to Chloe full time and let her be the new Lara Croft, replacing the one that died with modern Tomb Raider.
Reactions: DeepEnigma

cormack12 said:
There is the option to carry on the Uncharted series with other protagonists, and they did this to an extent with Lost Legacy.

Ew, leave Uncharted alone if that’s the case. Potential for this game series is infinite but U4 shown that these games need tons and tons of gunplay and melee and all kind of action craziness and tight pacing to be as fun as the previous entries and none of these characters would fit properly. Just give the IP to BEND or that new studio and let us play with young Nate and Sully, maybe introduce another badass feminine “Bond girl” like Rika or Chloe and give us a masterpiece.
Not hard, just literally use Uncharted 4 god tier mechanics Straley created, bring back U3 super precise and satisfying granade throwback and let us USE all of them in the campaign with PS5 graphics.

Hopefully no one would complain.

New IP, dont care what it is, it'll be good. Hopefully something dark as fuck again.

And then TLOU 3. Will go down as the best trilogy in history.
Last edited: May 16, 2020
Reactions: Hobbygaming, EDMIX, DZ_b_EZ and 2 others

I always wondered how a ND fantasy game would like. It will never happen though.
Reactions: Hobbygaming
C

Where do they go? Over to The Initiative of course! Haha jk
Reactions: 93xfan
W

If I were Neil I would actually make a woke game just to troll people but in all seriousness why not a western? RDR can't be the only good western video game franchise.

A Jak 4 or soft reboot (or however they wanna handle it) would be great for me. But, I also agree that something brand new would be welcome too
Reactions: Ian Henry and NahaNago
T

Hope they do something new

Something like this actually would be cool if ND was not such woke trash these days. I remember a time when we could play as female characters in video games, and not have to be preached at or worry about who it was offending.
Reactions: kikonawa

synchronicity said:
I'd like to seem them pass the Uncharted torch to Chloe full time and let her be the new Lara Croft, replacing the one that died with modern Tomb Raider.
Click to expand...

That awkward moment where men wrote a more dynamic female character than a woman did with a whiny one dimensional.
Reactions: Aidah, Md Ray and JareBear: Remastered

Nathan daughter? nah fuck that shit, either a young sully or new characters

and a scifi game

Reactions: alabtrosMyster, Devilich, Niked and 2 others

For me to know and you to find out.
Reactions: Werewolf Jones, JareBear: Remastered and Digity

I have no idea, but as long as it it's not to the School of Anita Sarkeesian
Reactions: PhillyPhreak11, llien, Skyfox and 7 others
You must log in or register to reply here.