Community Clickbait When was the last time you bought a game without community / fanbase / journo consensus?

WouldYouKindly said:
Every game I've ever brought honestly not trying to be a hipster but I dont understand how anyone could let someone else's experience make them miss it. This goes for all media for me some of my favorite games and movies have been labeled "not good" "stay away"
Click to expand...

Yep, i know it sound harsh but i don't have a lot of respect for people who only listen to reviews when they have to decide what stuff to buy.

Not using your guts, your past experience, your eyes and hears to judge a game but letting a probably worst player who has to rush the game to write the review in time deciding for you what to buy is really hilarious to hear everytime i enter in a review topic.
Last edited: Jun 3, 2020
Reactions: DunDunDunpachi

Witcher 2. Never heard of the franchise or anything ever before. I literally just happened to come across it while in Best Buy and bought it cuz i wanted something new to play. Turned out a great impulse buy.

Hotline Miami. I heard part of the soundtrack from it and bought it right there and then. Hearing nothing about the game.

I either ignore them or look for divisive games. top tier consensus games are usually focused tested to death and have all the edges shaved off.

as to the last one...Crash Team Racing was my last puchase. Last played was ACreed III.

I think around 90% of the games I own have been chosen that way, I rarely ever read/watch reviews for games and the only reviews I trust are the ones from Easy Allies anyway, I'm one of those guys that as soon as a new game pops up on Steam and like the idea I buy it.

As for the actual thread question, it's SuperMash I got it yesterday for the Switch, I had never heard anything about it but the whole idea of combining two genres sounds awesome, so far I've only made one game but I'm planning on playing more today.
Reactions: DunDunDunpachi

Doom Eternal and Rwident evil 2 remake.
I will also do the same for Prodeus. 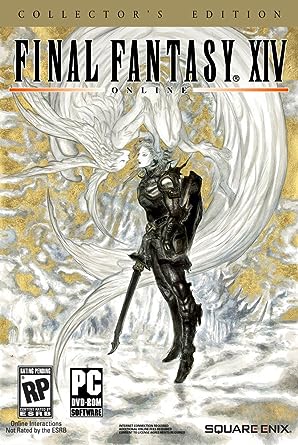 Man, I must be all cut up, cuz I have never, ever, in my life, bought or not a game based on anyone else's opinion but my own.

Unless watching gameplay/adds for it counts as someone else's opinion. I wouldn't count that cuz I need to know a game exists for me to buy it
Last edited: Jun 3, 2020
Reactions: GymWolf and DunDunDunpachi

i bought Ancestors: The Humankind Odyssey last week, despite it not getting any coverage. the game is fast becoming one of my top GOTYs.
Reactions: Belmonte

Played the beta for Predator Hunting Grounds and then pre-ordered. There were no reviews out.

Anything from Rockstar games or some of the Sony Studios like naughty dog, guerilla games, sucker punch are immediate pre-orders for me

Nioh 2
Didn’t read or watch a single review or impression. 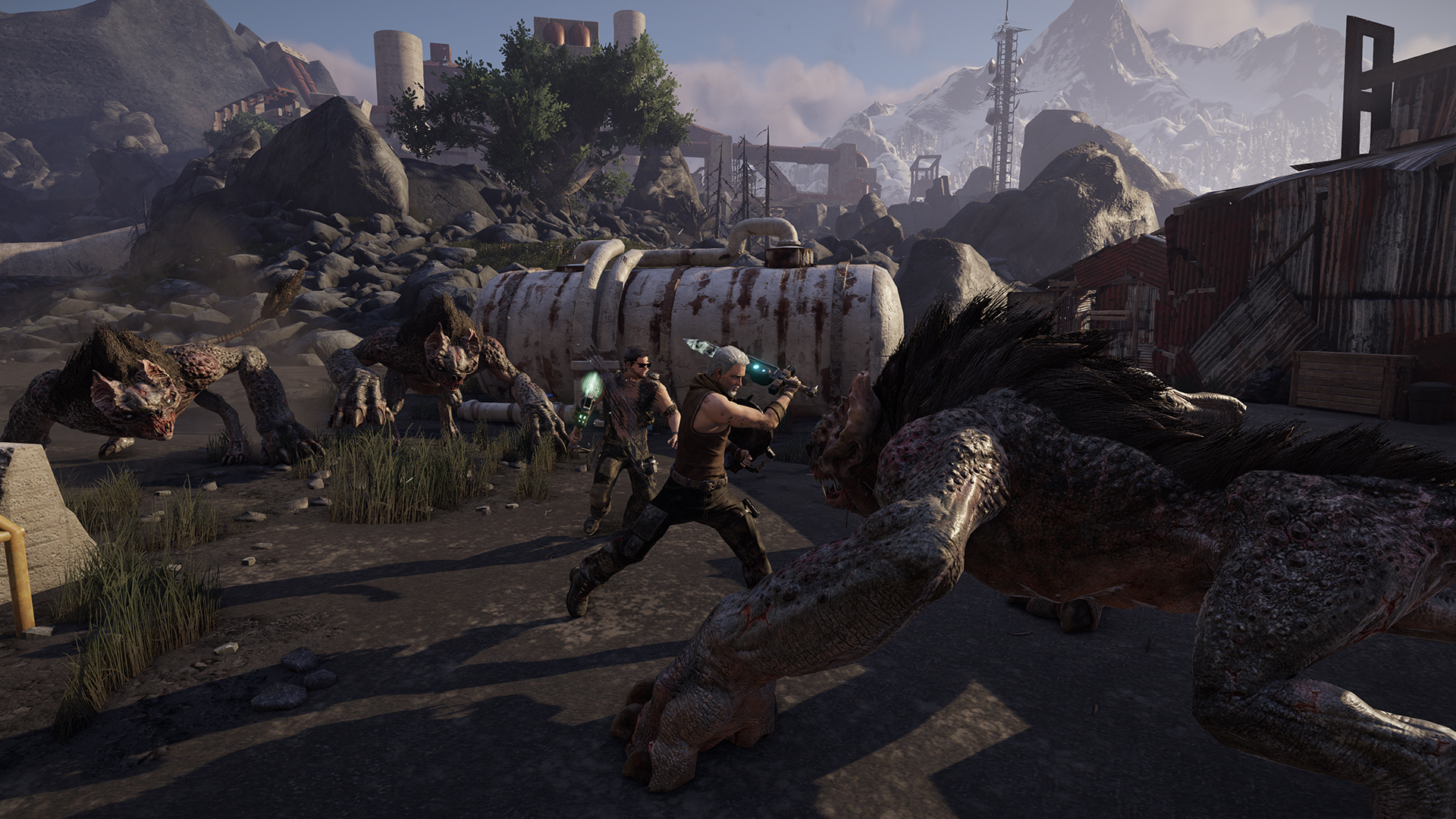 Mainstream journalists hated it, you tubers were divided (Angry Joe put it on his list of worse games of that year) and even hardcore RPG foruns like RPGCodex and RPGWatch had many dissonant opinions about it. There was no middle about Elex. It was the best RPG Piranha Bytes made since Gothic 2/Risen or it was garbage of the highest order.

I though "Elex" was a weird title. Sounded like the name of a medicine and the game was full price but I decided to buy it.

One of the best open world experiences I had this generation. If you accept that its world is a dangerous place, not proper for virtual tourism and the combat is kind of janky then you are ready to appreciate its great exploration and quests with a good amount of choices and consequences.

And there is a jetpack from the beginning. This is an important feature. Birdo said:
Picked up Top Gun on the NES after seeing the awesome box art in the store.

This is so funny. I remember box art being a big driver in which NES game I rented next from our local video store.
A

All the time. I could not care less about what journalists of You Tubers say. Games like Recore, Killer instinct and Crackdown 3 are among my best gaming experiences this generation. And they received mixed reviews. Game journalists have such an inferiority complex vs the movie industry... it's quite pathetic... they try hard to push narrative based games to gain some sort of credibility and apply for a gig in the movie industry.
Last edited: Jun 3, 2020
Reactions: GymWolf

DelireMan7 said:
If we speak about pick up a game without any knowledge even from friends etc... It's probably Metal Gear Solid for me.

My father wanted to buy me a game, we went to the supermarket. I didn't really know what to take. I saw this game, looked the back of the box. It read like a movie so I took it.

Was blown away just with the intro. It changed my vision of video games...

There is probably other I took without much knowledge but can't be 100% sure (mainly old stuff like Half-Life, FFX)
Nowadays I don't necessarily check heavily each game I buy, but I usually always check a bit of gameplay to get a feeling.
Click to expand...

Holy Crap that's exactly my story...
Are you me?
Reactions: DelireMan7

dan76 said:
I always buy Resident Evil games when they come out. It's now a tradition, so regardless, I'll buy it if it's a main line game or a Revelations. I think the only game I bought last year was REmake2 and this year is REmake3...

In the past I've been a sucker for Star Wars games but I've been burnt too many times with that crap.

Also shmups, anything by Cave / M2 if I have the cash and (I hate to say it) if it's not emulated properly.
Click to expand...

Of topic, but what did you think of RE2R?

Sorry OP, but I can't trust my own opinions.

If Metacritic gave my girlfriend a score of 57, I would shun him with no hesitation.

All the time, especially for the type of games I usually enjoy. I bought recently released Sakura Wars regardless what review it got and enjoyed the crap out of the game.

Edit: that’s not entirely true, the New Sakura Wars was my first game in series so I did some research to see what type of game it was.
Last edited: Jun 3, 2020

and 3 others said:
Of topic, but what did you think of RE2R?
Click to expand...

I thought it was great, up there with REmake 1 and RE4, though I think I might actually prefer REmake3, but I won't get into that here.
Reactions: and 3 others

Resident Evil 3 Remake. People say it's bad because of the cut content or because it's too short.

I had a blast with it. I dont usually care about trohpies or stuff like that, but i actually got a platinum with that game, that's how much i loved it.
Reactions: dan76

Recently happened with me with the new Sakura Wars. Was my first game in the series, and the hack n slash combat from the trailers along with the opening anime cinematic sold me on it.

edit: It was really refreshing to do, because before that, I'd always buy games based off the popular buzz around it and stuff...when I got Sakura Wars, I bought it for the sake of enjoying the game itself.
Last edited: Jun 4, 2020
Reactions: Danjin44

MP! said:
Holy Crap that's exactly my story...
Are you me?
Click to expand...

Am I living the life of somebody else ?

Does that make us soulmate ?

Felt fucking liberating. Went out and burnt down a few local businesses afterwards.
Reactions: and 3 others

Mainstream journalists hated it, you tubers were divided (Angry Joe put it on his list of worse games of that year) and even hardcore RPG foruns like RPGCodex and RPGWatch had many dissonant opinions about it. There was no middle about Elex. It was the best RPG Piranha Bytes made since Gothic 2/Risen or it was garbage of the highest order.

I though "Elex" was a weird title. Sounded like the name of a medicine and the game was full price but I decided to buy it.

One of the best open world experiences I had this generation. If you accept that its world is a dangerous place, not proper for virtual tourism and the combat is kind of janky then you are ready to appreciate its great exploration and quests with a good amount of choices and consequences.

And there is a jetpack from the beginning. This is an important feature.

If they improve the combat the sequel is gonna be something special.

Elex is exactly why i don't care about modern journalism.
Reactions: Belmonte

I like games with 80's anime style art and that was right in the description/screenshots.

All the time though, mostly during digital sales. GreedFall is probably a good example of a full priced pre-order that I knew next to nothing about. I can pretty much enjoy any game, even bad ones, so it never seems like much of a risk.
You must log in or register to reply here.

When was the last time you went into a game truly blind?

Oct 12, 2021 started Castef
Oct 12, 2021
Castef
Opinion Franchises you hated that have grown on you over the years

Oct 4, 2021 started Shut0wen
Oct 4, 2021
SlimeGooGoo
I've made a small experiment and calculated how much money I've spent on games through last year

Nov 1, 2021 started TheGejsza
Nov 2, 2021
Rocco Schiavone
2
Street Fighter VI expectations and predictions, when will it be announced, when will it realease and what do you expect