Opinion Event Hype What would you LOVE to see from PS5's Gaming Showcase this Wednesday, September 16? Poll inside! V2.

I have this idea for a PS5 showcase that I'm now overly committed to and will be disappointed when it doesn't happen.

Since it's digital, imagine if the whole thing happens within the PS5 UI, quick jumping between video speakers and quick resuming different games on showcase.


"And now to show the quick switching feature"
jumps into badass GoW2 Thor scene out of nowhere
"Whoops, that's not quite ready yet"

Imagine the hype. It's probably too early but even just the smallest bit of it, or something else.
Reactions: Ian Henry

Legacy of Kain. I'd love to see a gritty reboot of Kain's story were you build the vampire empire through manipulation and brutality. Slave armies, killing rivals, and human blood farms. VAE VICTUS!

A Silent Hill teaser would be phenomenal, but I'm not expecting anything. I feel the same way about God of War, or another series I love.

I just want a reason to want to buy a PS5 ASAP, because right now I don't have one.

I'm sure we'll get a release date and price reveals, at least I'd hope so. They'd be stupid not to considering Microsoft already put all that on the table.

I'm here for the price and GT7 as a launch title.
Reactions: Bryank75

Romulus said:
Legacy of Kain. I'd love to see a gritty reboot of Kain's story were you build the vampire empire through manipulation and brutality. Slave armies, killing rivals, and human blood farms. VAE VICTUS!

Oh my ...yes! Templeman HAS to return as Kain though , not saying without him I wouldn't buy it but it would after release. Is this even a rumor? A whisper? A fart from a dev that happed to sound like Vae?
Reactions: Bryank75 and Isa

H-I-M said:
I'm a simple person, I just need them to annihilate Xbox.
Click to expand... 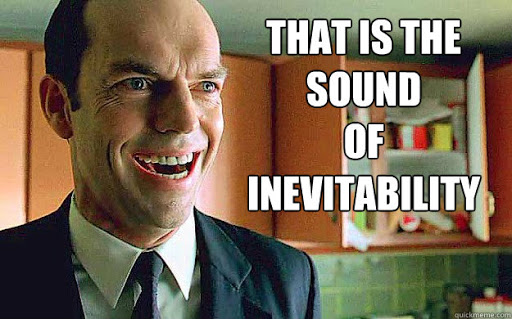 Silent Hill would be a dream come true...especially if it's done right by the powers that be. Other than that pipe dream...Demon's Souls is incredibly exciting. If it turns out to be true that it's a launch title, holy smokes!

Don't plan to buy one until end of its gen but,

Final Fantasy always interested to see the spectacle of it all. Character, graphics, world.

A new Socom would cement a purchase for me. I would have to.

Barnabot said:
I'm here for the price and GT7 as a launch title.
Click to expand...

I'm here for the Price, launch date, and pre order info. I'm buying this thing just knowing some of the games that are coming for it, some soon. There won't be a lot at launch as far as games go on either system, and I know I just won't wait for a discount. If the show doesn't give this info, I'm reasonably sure the PS fan base will be out in force with pitchforks and torches.

Roufianos said:
I'm keeping expectations low, I think all we'll see is new trailers for Spiderman, R&C, Demon Souls, Gran Turismo and maybe Horizon. Final Fantasy 16 will probably be the only big surprise. Rest will be made up of shity indies.

Socom would be an amazing surprise, I'm pretty confident it's coming but think it will be announced next year.
Click to expand...

40 minutes does leave a lot out unfortunately. That tempers some expectations without saying the literal word.
Last edited: Sep 14, 2020
H

All theeee fawking above!
Reactions: Bryank75 and Isa
J

Specific Backward compatibility enhancements for key games would have been nice to know a couple months back but I’ll still take the information now. 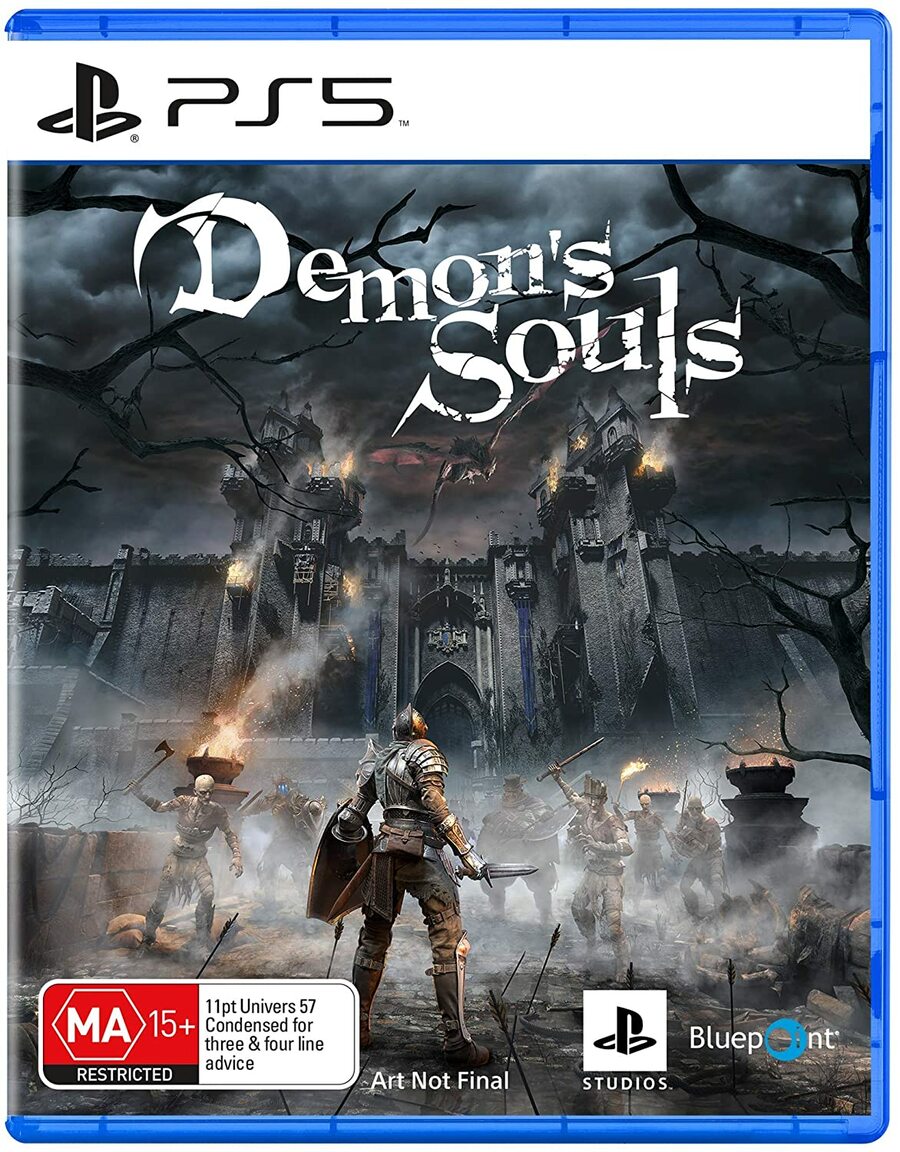 Demon's Souls Remake is the most anticipated PS5 game on NeoGAF.

Casuals, the lot of you.
Reactions: Bryank75 and Isa

I went for God of War 2 , silent hill and a price and relesase date , dont need deep dives on the other games I'm already sold on their premises 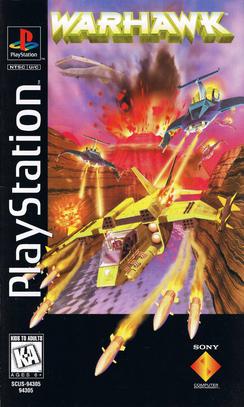 No Silent Hill on the poll.

Besides all the things everybody else said, I also want to see the back of the console.
Check out that booty (and connections)

God of War teaser is all I need.

Kojima would be the only realistic prospect to get me out my seat.
Reactions: SoraNoKuni

Since I'm not interested in purchasing consoles, the only thing I want too see from Sony are more games for PC.
Reactions: Gam3rdude
A

Well not a 1080p stream. Instead a 4k stream. So much detail is lost in 1080p live streams. They should just release the 4k video.

If I were in the states I'd pay$1000 to play SH, whichever console that was. One of the greatest games ever made.
Last edited: Sep 14, 2020
Reactions: SoraNoKuni

Returnal stuff because I love HMQ and I'm intrigued by the game. The obvious shit like MM, GoW are known quantities while as Returnal looks like something completely new to me. Would love to see more of Stray too.
T

The ports... I want to see the ports! Also, how BC works.

Tell me what games I can buy on launch, tell me the price, and let me preorder it.

Romulus said:
Legacy of Kain. I'd love to see a gritty reboot of Kain's story were you build the vampire empire through manipulation and brutality. Slave armies, killing rivals, and human blood farms. VAE VICTUS!

This would be like making Silent Hill without Team Silent or Metal Gear Solid without Kojima. It won’t work. Amy and the team would have to return to do it and that’s not happening.

Any game that values strategy, communication, creativity, and multiplayer. I don't care what it's called.

Men_in_Boxes said:
Any game that values strategy, communication, creativity, and multiplayer. I don't care what it's called.
Click to expand...

Games that require Strategy, Communication, Multiplayer and Creativity are mainly found in RTS genre and RTS based games don't sell much on consoles.
G

I want to see the real console plugged into a real TV running a real game at real time!
Reactions: Gam3rdude and Knitted Knight
M

No love for Killzone or Resistance collection for PS5? That would shut me up for a year.

FALCON_KICK said:
Games that require Strategy, Communication, Multiplayer and Creativity are mainly found in RTS genre and RTS based games don't sell much on consoles.
Click to expand...

Fortnite / Splinter Cell multiplayer should illustrate how those tenets can manifest in a non traditional RTS game. I want to see something that grows from that.
Last edited: Sep 14, 2020
Reactions: FALCON_KICK
A

FFXVI announcement and Demon Souls gameplay is all i need. God of War 2 announcement trailer would make it even better.

What I expect:
Demon Souls, Spider-Man: MM, Horizon Forbidden West gameplay
God of War II trailer
Silent HIll Trailer
Final Fantasy 16
Price and Release date. If the PlayStation 5 is customization, it will be shown along side the release date. PS5: SE $450/ PS5E $400.


What I hope for:
Announcement that all of Sony's first party studio games will run at 4K 60fps on PlayStation 5. I think an annoucement of Bloodborne at 4K/60fps would be huge.
Last of Us Fraction\Multiplayer

Since there was no option for just a new rpg (not related to rumors), I voted for a new AAA IP option.

Umbral said:
This would be like making Silent Hill without Team Silent or Metal Gear Solid without Kojima. It won’t work. Amy and the team would have to return to do it and that’s not happening.

Edit: I would cry if it did but my eyes will remain forever dry.
Click to expand...

I think the difference there is kojima is a standout star. The legacy of kain games never really had that. I'm not so much in love with Amy's writing. It's really good in places and convulated in others. I honestly feel the tone, voice actors, and style of the world is what is missing.

I'm someone who also believes you can take a previously good IP and improve it. Castlevania Lord of Shadows arguably is a modern take that equalled its predecessors and lacked most of the developers of the past. Hitman is another, beloved past games but its predecessors were probably as good or better, again not many developers remain.

Playing the old Kain games now leaves alot to be desired, and its unknown that they could do recapture that now with modern standards.

I would honestly love for Rocksteady to take it on. Remembering the way they handled Arkham Asylum scarecrow and the slew of dark characters was just incredible without the casual bullshit.

Give me that with some mount and blade elements. Kain leading a calvary of vampires on horseback. Fighting on the open field, tearing villages apart or enslaving them.
Last edited: Sep 14, 2020

I’m hoping after this event or maybe TGS we get a giant info dump for all the fall/holiday games.

Maybe some news for GoT, TLOU2, and third party AAA games with ps5 upgrades.

Summer Games Mess is over. Quit drip feeding us info!
Reactions: Joey.
You must log in or register to reply here.

Rumor Event Hype Rumored PS5's State of Play is coming this August. What would you like to see in the show? Poll inside.

Jul 26, 2020 started Knitted Knight
Jul 27, 2020
ihavezippers
2 3 4
Opinion Community Hype Which launch-day games are you excited to buy and play on your PS5 or Xbox Series S/X? Poll Inside.

Sep 21, 2021 started cormack12
Sep 22, 2021
HeisenbergFX4
2
Opinion Community Analysis What difference (if any) between PS5 load-times and Xbox Series S/X do you predict we'll come to expect for new games and BC games? Poll Inside!