What were the 5 best games for the PlayStation 3 ?

I'm gonna focus on games that you can only play on PS3, so I'm excluding games that have remasters and remakes.

This is so hard to actually pin down but here goes nothing.

In no particular order.

Not sure but Ratchet & Clank: A Crack in Time needs to be on it.
A

Hard to not think of exclusives, so, in no particular order for me....

The Last of Us
Warhawk
Resistance: Fall of Man
God of War III
MGS 4
Reactions: zaanan

Very different from my Top 5

The Last Of Us
Demon Souls
Uncharted 2

I can't even name 5 sorry PS3 had shitty exclusives. If you wanted to stretch it maybe Gow3 and MGS4 but I couldn't finish them so they don't count

1- motorstorm Pacific Rift - best fun ever
2- gow 3 : most grandiose game. The one that forces me to get a PS3. System seller.
3- TLOU : because.
4- heavy rain : brillant And innovative.
D

I am going to narrow down to still only available on ps3 to this day.... Otherwise I can't... Too many great games.

Dark Souls
Uncharted 2
Portal 2
The Last of Us
Warhawk

Maybe... this is too difficult of a list to make as this was my favourite generation.

The Last Of Us
Demon Souls
Uncharted 2

I can't even name 5 sorry PS3 had shitty exclusives. If you wanted to stretch it maybe Gow3 and MGS4 but I couldn't finish them so they don't count
Click to expand...

Wipeout HD
Resistance: Fall of Man
Valkyria Chronicles
Uncharted 2
The Last of Us

These were great but PS3 is easily my least favorite Playstation.

Off the top of my head:

I swear on me mum:

if i was just doing exclusives

My personal top 5 are 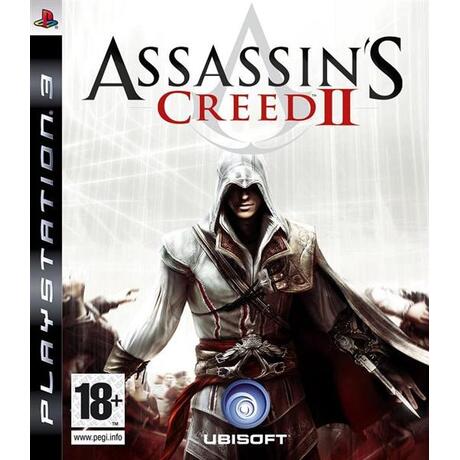 1. Resistance 2 - The campaign was ok and all but this is really all about that multiplayer. The PvP was a bit uneven but had fantastic and unique moments to it. The real star is the class based co-op with up to 8 players, where you could not complete a map without all three classes present. True teamwork was required through the synergies of the different roles and I haven’t played anything as dependant on these types of interactions between classes since. Which makes the fact that the servers are turned off even more painful; no lan and only two player splitscreen.

2. God of War 3 - This series used to have the best melee combat out of any Sony game, and I don’t think they’ve had anything as good since. In my book, GoW is only second to DMC and Ninja Gaiden. For the most part, I’d put it on par with Platinim Games output, altough there are outliers with brooms. Ascension might be the peak gameplay-wise, but as a package GoW3 takes it.

3. Motorstorm: Pacific Rift - I like all three games, and for different reasons too, but I still come back to the second game the most. It really has something extra to it, other than the terrain based driving the series excel at. Fantastic track design that lends itself well to repetition, especially considering all the different types of vehicles. I might never stop playing this game.

4. Warhawk - This game really felt like Battlefield made arcade for consoles. With easy to pick up and play, that had less emphasis on aiming and more relaxed approach to movement, it was great as a splitscreen experience. Too bad the amazing sequel didn’t catch on as it should’ve.

5. InFAMOUS - Some things are greater than the sum of its parts. Infamous wasn’t particulary good looking and it didn’t have the deepest mechanics or the greatest story, but it was its own thing and had a strong vibe to it. The sequel improved on most aspects and I wish we would get a third entry in the series. Second son was cool and all but it wasn’t the continuation infamous deserve.

Still some of my favorite games til this day; The ps3 is my all-time favorite console.
P

Is the question the best games you could play on PS3 or the best game you need to buy a PS3 to play? The best games I played on PS5 are a mix of both. I was PC360 but Bought a PS3 just for MGS4 then sold it, then bought another when I got a real job and my 3rd 360 shit the bed.
I'd put UC3 in there but it was similar to UC2 and I really played nothing else on the system. Oh I bought a move bundle and tried to play Heavy Rain with the motion controls. I fucking hated that.

Thursday at 1:12 PM started Umbasaborne
Thursday at 11:58 PM
Oddvintagechap
2
Games that made you believe it was the best game you ever played right after?