What was your favorite game released that year? 2000 edition (56k)

You are using an out of date browser. It may not display this or other websites correctly.
You should upgrade or use an alternative browser.
B

I played Dynasty Warriors 2 more than anything that year. Ragdolling animals in Smuggler's Run was pretty entertaining as well though.
M

Holy shit that was a good year. I could see myself easily picking at least 10 games from there as the GOTY.

My younger self absolutely adored Banjo-Tooie, even though I really disliked it a few years ago when I played the 360 port (I still like BK though). But I think my favorite game was THPS2.

Diablo 2 is the best game of all time,so it wins automatically
R

Definitely Diablo II, but I don't think it's a JRPG OP

Just a fantastic game. Played it the whole year and almost nothing else until Lord of Destruction came out in 2001 and made me play that the whole year too. God I must have put in several thousand hours into this game over the years and play it yearly to this day.
V

Vagrant Story is the winner here for me, but goddamn what a year it was for RPGs.
D

On a street in a town

Any answer other than The Legend of Zelda: Majora's Mask is flagrantly and definitively incorrect and should be punishable by forced playing of the Virtual Boy for 7 consecutive hours.
G

Legacy of Kain: Soul Reaver, but this was that high school period of time for me when I did not play a ton of video games. My mom bought me a Ps1 and this game in 12th grade to encourage me to not go out and smoke pot every night. Turns out staying in, playing video games and smoking pot is pretty fun too.
W

Majora's Mask love the world design in the game and how the days/masks works. Just the right complexity to get a hang of it all.

Cleopatra: Queen of the Nile played that game to death and the balance was so good for a management/city building games. Still the quests/history in Zeus: Master of Olympus was so much better so i would go with that.
Played through the Cleopatra from gog like a year ago and it's still great. The way you must plan you cities ahead of time in detail at the start of the mission to succeed. Restart after restart on a mission and it still feels like learning is the way a city building game story mode should be like.
T

Riesenfass said:
Definitely Diablo II, but I don't think it's a JRPG OP
Click to expand...

Oh crap, I saw a bunch of Japanese ones, thought, "Might as well specify JRPG to make things clearer," and this happened, LOL.

The Legend of Zelda: Majora's Mask. My 2nd favorite game of all time, after only Ocarina of Time.

WWF No Mercy, certainly the one from that line-up I put the most hours into.
N 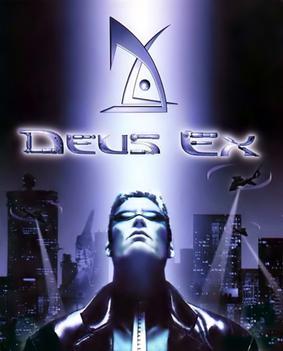 What an amazing year. I played The Sims so much when I was young.

Diablo 2. Played it well into 2012, was a pvp nerd and d2jsp (even until now) has allowed the game to run as long as it has. Probably the only game I'll ever consider perfect.
H

Majora's Mask and then Perfect Dark.

Majora's Mask. The best Zelda to date.
B

One of the truly toughest years to pick just one or even a few. A dozen or more of these could be top favorite of the year, split equally between Dreamcast and PS1. Everything from commonly favorited rpgs like Skies of Arcadia and FFIX to those personal favorite action-tilted sequels, Dino Crisis 2 and Parasite Eve 2.

DC was so great at this time though, including with Skies of Arcadia, JGR, RECV when they were truly new and fresh.
B

2000's choice for me is Jet Set Radio. That and Baldur's Gate II made my year.
D

Lots of great games on that list, but it would be difficult for me to make a case for any game that isn't Diablo II.
Can we include Lord of Destruction in our answer? If not, I might change it to FF9.
D

Holy shit! A few of my favorite games of all time were released around that time!!

I was 7 years old, so WWF No Mercy in a land slide.

Not a good year of games IMO, especially compared to some of the other threads like this.
T Yes, I still have the box. Oh, the memories.
X

Not even going to look at your list. Final Fantasy IX. The greatest game there is.
M

Skies of Arcadia or Shenmue

Gonna have to go with Perfect Dark here
T

Fear Effect - One of the first cinematic games to really wow me.
Runner-up - Chrono Cross and Shenmue

Deus Ex is the only right answer.
S There was nothing like it at the time, and arguably, there still isn't (no, Yakuza doesn't count). Although it was way eclipsed by Shenmue II's refinement of systems and pacing, the original Shenmue is still a unique experience that has a lot to offer.

Shenmue is one of the few games I go back to revisit each year/year and a half. It's like seeing an old friend, but occasionally it'll surprise me with something new I haven't seen before.

The Legend of Zelda: Majora's Mask

Weird, dark, unconventional. A great left turn from the Zelda formula that was establishing itself after A Link to the Past and Ocarina of Time.

Didn't release in Europe until 2001, but a friend's grandparents bought both of them from America for his birthday and I got to borrow one. Probably my joint-favourite Pokemon Generation with 5.
N

Three of my fave games of all time are on the list Dino Crisis 2, LOD and FFIX

I forgot Quina defends like that. I played the following from this year:

Vagrant Story is the best Square game from the PSX era IMO, so that is the one for 2k.
R

It's interesting for me looking at this because at the time, much of my playtime was with Perfect Dark and WWF No Mercy. So, so, so, so, so, so, so many hours. I was waiting all throughout the GC gen for Perfect Dark Zero; THAT'S how much I loved that. And the No Mercy story mode, with all the titles and all the split paths in the story, was so freaking good.

Also, while I played it the next year, Dynasty Warriors 2 blew me away at the time. I had never played a game with that many people on the screen. I also couldn't believe that I actually had allies! I felt like a badass anytime I swarmed into enemy HQ with a hundred allies behind me. Guan Du burning no matter what when I played as Yuan Shao's forces? One of my most upsetting moments in the game. xD~~

Chrono Cross and FFIX were games I played YEARS later. Looking back, and after playing all those 2000 games down the line... Chrono Cross may very well be my favorite. I fell in love with the Arni Home theme. In fact, the minute I heard it, I fell in love with the game. I also loved the battle system, the non-linear nature of it, all the side quests with so many of the characters... it blew me away 11 years after it released!

Diablo II I played years later along with its expansion, and it is a fun, fantastic game.

But yeah, Chrono Cross is probably the game I think is the best of that year and one I look forward to playing again when I get the feeling. But I gotta say that I'm impressed with how Dynasty Warriors 2 has held up, even if the gameplay is dwarfed by most, if not all, of its sequels.

I have to play No Mercy again.
B

Shenmue man. Full Reactive Eyes Entertainment felt like the future. I bought a Dreamcast for that game.
T

Breakage said:
Shenmue man. Full Reactive Eyes Entertainment felt like the future. I bought a Dreamcast for that game.
Click to expand...

I remember when the PS2 launched and no one could find one, I got so excited when I thought I saw a PS2 kiosk and called my mom over.

It was a Dreamcast, though. =P Still looked cool to me!
V

Everquest, both expansions, so good
M


Also, are the results of these being tallied or something?
B

I actually can't decide between Shenmue and FFIX. And then you have MvC2 and CvS and Eternal Arcadia and Crazy Taxi and... Awesome year for gaming.
H

but that's a great list of games for 2000, enjoyed a lot of those and should go back to some of them.
D


Also, are the results of these being tallied or something?
Click to expand...

Just something for fun, though there's a possibility I may tally them down the line. I feel this would have to be stickied for a bit for the votes to have a representative tally, and I'm not sure GOTYs for earlier years would earn a sticky.

But it's fun anyway!
U

Baldur's Gate 2 by far. Massive game that improved on the original in about every way possible.

Runner ups would be FF9 and Shenmue.
S

Power Stone 2
You must log in or register to reply here.