What PS360 generation games would you like to see ported to PC or modern hardware?

Paltheos said:
Muramasa is one of the few games I can think of that I believe is actually underrated (most of the time the word's used to describe titles that are very well liked in small circles but not known much outside of that, iow 'underappreciated'). Most of the time I see people talk about it they describe the hack and slash action as 'pretty good' and maybe touch on how attractive the visuals are (of course), but that shit always sells this game short.

Push the boundaries of the combat to the limit by playing on the 1 HP difficulty mode and learn how flexible the combat system can be when the only thing between you and death sometimes is your sword not breaking. And dynamic too, since the progression elements force you to switch up weapons too to remain strong enough to progress. Yeah, the game looks great -it's Vanillaware - but it sounds great too. Sakimoto never disappoints, and Seasonal Beauties and Road to Heaven are bangers. The DLC content is good too (although varies a little on quality - the farmer one is pretty weak imo, and the difficulty at the start of most of them is usually too high) although like most of the improvements from the Wii version like the higher resolution and improved localization they're all on the Vita which had a smaller audience.
Click to expand...

I really hope they bring Muramasa to PS4/5 or Switch, that game deserves a second chance.
Reactions: SinDelta

Just the ones that there have been vague recent rumours of:

Not enough love for THE DARKNESS

Also the SSX and Burnout Series
Reactions: drotahorror and Bankai

In my mind PS3/360 is still current gen. PS4 and One really had zero impact for me (as a generation leap). Anyway, new games, old one's are done. Ok preserving them, but i'm not going to rebuy any older game i already have. A new LBP (not sackboy adventure), or Motorstorm (sony side) yeah, but a new game, not the old.
G

Lost odyssey and tales of graces f so I can replay them.

I am honestly of the opinion, that Mario Galaxy 1 should get a remake every generation.

Full Auto.
It may be the most fun I had on 360, and the game can be a tech demo for environment destruction. As a matter of fact, just using BC to make it run at a better frame rate would please me, but unfortunately it is not supported.
Reactions: Deleted member 740922

Dead Space all the way

ESPGaluda II and the Dodonpachi games, from 360, need the M2 treatment.

All of the Wii games can already be played on the PC with the Dolphin emulator.
Reactions: ACESHIGH

I'd really like Infamous 1 and 2 as well. Especially an actual remaster. A Fable 2 remaster would really rock as well. I missed out on that one.

Should or should they not port the thread trying to get older games is the worst case scenario for some reason people think MGS4 should be on every system...

Lots of PS3 exclusives, like Folklore and Puppeteer. They already look & play great on PS3.. therefor BC would actually be enough for me (but hey - Sony).
Reactions: diffusionx

SSX and Shadows of the Damned
Fable II could come too
Reactions: drotahorror

Ico (which I know is already a port). I just love that game so much. The only thing that needs tweaking is the camera.

This is a good list. I have crossed out the ones I am not super interested in but obviously wouldn't mind if they were upgraded/ported.

I would like to see the Ninja Gaiden series on PC, SSX (2012), Kingdom hearts (the compilation) !!

Gears of War Marcus Fenix Collection for PC. MCC sold really well on pc and keeps selling, get on it Phil.

Singularity.
It's the only game from the 360 era I've found that isn't BC that I want to play. Everything else is already BC and much improved on the 1X
I

Danjin44 said:
I really hope they bring Muramasa to PS4/5 or Switch, that game deserves a second chance.
Click to expand...

This. You got me into Vanillaware (thank you), and I hear Muramasa is very good.
Last edited: Oct 11, 2020
Reactions: Danjin44

Any project Gotham would be amazing

Bit earlier, but with broadband speeds now, you can punch up the numbers of players at once to make this epic. 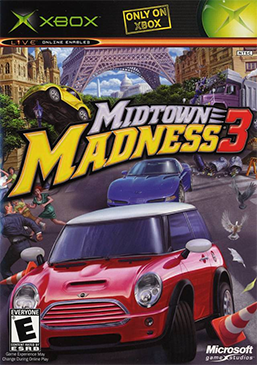 I wouldn't mind seeing :
On PC

Folklore 2 could use a sequel. As long as it keeps it's dark vibes though.
You must log in or register to reply here.

Characters you would like to see join the battle in Super Smash Bros. Ultimate