Just going off what we currently know and pretending nothing has changed we know so far that, Ragnarok comes out this year and Spider-man 2 comes out next year. Thats about all the confirmation Sony has given us at this point. We don’t know when PSVR2 is coming out, what the launch line up looks like, what rumored games are still coming out this year, or when their next showcase is.

IMO - I believe Ragnarok makes it out this fall, I think Stray and Forspoken also make it out, I give a 50/50 chance of any Naughty Dog project making it out this year.

Next year, I believe at least one Naughty Dog project launches. Whether its Factions 2, TLOUR, or Directors Cut of TLOU2, maybe all 3, with the latter two being one compilation like Uncharted was. If one comes out this year, then I think the other two will come out next year.

I believe PSVR2 will be a February/March launch. I think it was intended to be a holiday launch this year but chip shortage is pushing it into Spring. I think Team Asobi will launch their next game on it as a hybrid VR/flat game. I think Firesprite will launch the Horizon VR game with with it along with one of their multiplayer games later in the year. I think either their online shooter or Twisted Metal.

Outside of that maybe Bluepoints next game, maybe Firewalks game. For third party Final Fantasy 16 and Helldivers 2

I expect it to be better than 2022 hopefully.

I’m mostly expecting Sony focus on even more western games when it comes to their 1st party games, this is my PS5 is much more multiplatform system.

Seriously! So many things are kept secret behind the curtains of this company in terms of first party game development. Since the PS5 itself is selling well it seems that there is no need for excessive marketing and advertising of games that are upon us. I understand that and in the end i would like to see a game for the first time that is released in about 3-4 month after its initial showing.

Having said that, i want a Playstation showcase in 2023 that showcases new games, revitalized IP's, insane teases for the future and things that are immediately available. All of exceptional quality. I'm sure they can pull it off but eventually don't see the need for it so i will try to have my expectations in check. 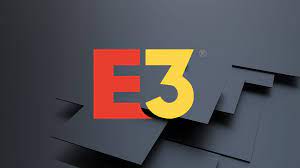 I expect 2023 to be pretty quiet from Sonys side in terms of ”regular” new games outside of Spider-Man 2. I fully expect PSVR2 to take most of the spotlight with a solid lineup. The Horizon game, pushing Alyx as a launch collab with Valve and maybe some more.

We’ll know whenever they do their summer show.

3liteDragon said:
We’ll know whenever they do their summer Early Fall show.
Click to expand...

Ragnarok and The Remake of Us this year

Ass of Can Whooping said:
Ragnarok and The Remake of Us this year

Forget Sony being involved in any Silent Hill regarding publishing or development. If something it'd get a 3rd party marketing deal maximum as they do with many random multiplatform games.
Last edited: May 21, 2022

2022 so far has had Horizon FW, GT7, MLB 22 and exclusive deals for games like SIFU and Ghostwire Tokyo. Plus free DLC for Returnal. For the rest of the year we still have God of War, Forspoken and Stray. Possible additions to 2022 are Final Fantasy 16, TLOU Remake (maybe Factions as well) and the entire PSVR2 launch lineup if it does release this year.

2022 is shaping up to be a banger year for PlayStation. If 2023 manages to be even better than that then folks will be jizzin' in the streets with joy.

I mainly want to see more of PSVR2.

New Astrobot
Silent Hill (if it doesn’t release this year)
Spider-Man 2
Bends new title (Which is possibly Days Gone 2)
Something from ND (unless it releases this year)
And lots of VR.

I expect some Steam ports of older games.

I mean i'm not an expert when it comes to marketing but things like the reveal of the Final Fantasy VII Remake, the reappearance of The Last Guardian and the Kickstarter of Shenmue 3 in one showcase had an insane impact. Even just a Shawn Layden wearing a cool shirt got me excited.

It's not that hard to have a cool showcase and deliver on to that promise but it seems the focus has shifted.
A

bitbydeath said:
New Astrobot
Silent Hill (if it doesn’t release this year)
Spider-Man 2
Bends new title (Which is possibly Days Gone 2)
Something from ND (unless it releases this year)
And lots of VR.
Click to expand...

Wasn't this confirmed as dead ?

how? if Sony releases GoW this year with having already released gt and horizon plus forspoken in October and I don't see them releasing 4 big AAA games next year. At most they could match it. They will have spiderman 2 and at least FF16 next year.

We haven't even gotten that factions(?} thing for the game yet.

They can release Spider-man 2 alone next year and it'll be enough.

TheRedRiders said:
They can release Spider-man 2 alone next year and it'll be enough.
Click to expand...

Bo_Hazem will rush through the game like a mad man and finish it like a speedrunner. In other words it's not enough.
A

I expect the first batch of nixxes PC ports. If not earlier. Stuff like Tsushima, spiderman, and the ever evasive Bloodborne.

Also ps now to be released in more regions.

Sadly, yes. Miles Morales felt short to me. I don't rush my games, but I play a lot and do very long sessions when something fresh hits, then stop gaming for a while/weeks/months till next game.

I hope so. I need a break from their 3rd person action adventure single player open world games.

Bo_Hazem said:
Sadly, yes. Miles Morales felt short to me. I don't rush my games, but I play a lot and do very long sessions when something fresh hits, then stop gaming for a while/weeks/months till next game.
Click to expand...

After you finished Returnal "far" before everyone else, i will judge you prematurely from here on out. Of course you don't rush through games but at this point i don't care anymore.

I expect no CG trailers.

Another year of winning with no competition, we can close the thread now

Hermen confirmed Jason Shredder's leak: they are working on a new IP. AAA games take 4 to 6 years, add one more due to covid or for being a new IP. So even if instead starting the new IP when they did according to Jason Shredder they would have started it in 2019, when they released DG (for PS4, ignoring the PC ports), next year it would be too soon.

azertydu91 said:
Wasn't this confirmed as dead ?
Click to expand...

More or less. The boss of Bend Studio did block the pitch of DG2 that the DG1 directors made, so PS Studios / Hermen wasn't able to see it or approve it. But instead Sony got the pitch of a new IP an approved it.

As usual since decades ago, when needed between projects ND and Bend help each other. So Since the release of DS until the new IP got approved and went full steam, Bend did help ND during some time on the TLOU2 factions game and in an unannounced Uncharted game.
Last edited: May 21, 2022
M

Keep doing what they are doing (except for what they did to GT7). That’s why I have Playstation. Great single player experiences are what I personally enjoy most. 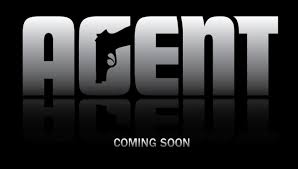 NahaNago said:
how? if Sony releases GoW this year with having already released gt and horizon plus forspoken in October and I don't see them releasing 4 big AAA games next year. At most they could match it. They will have spiderman 2 and at least FF16 next year.
Click to expand...

Well, my bet is that their 2022 is going to be something like this:
Horizon 2
Sifu
GT7
Ghostwire Tokyo
MLB 22
June DNF Duel and new PS+
July Stray
September GoWR
October Forpoken
November Final Fantasy XVI

PSVR2 and hopefully an announcement of a PS5 Pro.

Probably another year with tons of games out with no competition.
@

Re-launch the Playstation Home.
You must log in or register to reply here.

Crayon replied
Jun 29, 2022
Is anyone else concerned about the fact that sony have no games announced?
Opinion

WitchHunter replied
Jun 15, 2022
Which game delayed to spring/first half of 2023 will get delayed again?
2