Was Demon's Souls the GOAT back when it released in 2009?

It was amazing but Dark Souls blew it away even with the shitty last few areas of the game.
Reactions: Vier

It was the best game you've never played.


V4skunk said:
It was amazing but Dark Souls blew it away even with the shitty last few areas of the game.
Click to expand...

bender said:
It was the best game you've never played.

Demon's Souls is just above Dark Souls2. With bloodborne being the best followed by DS1, DS3 then Sekiro.
I'm also not ever playing the Demon's remake because they cucked it.
Reactions: Vtecomega

Slightly off-topic, but is it worth playing the PS3 version first?

It was my 3rd favourite game of the generation. The Last of Us. Uncharted 2. Demons Souls. Batman and RDR, MGS4 and GTA 4 Coming close.
I prefer Dark Souls ( I didnt get to play it until PS4 ) and Bloodborne. The lore on both is better. Bloodborne‘s world and design is also better in my opinion.
Last edited: Nov 24, 2020

eot said:
Slightly off-topic, but is it worth playing the PS3 version first?
Click to expand...

No need to. Go straight for the PS5 version Id say

Dark Souls 2 doesnt come close to any of Miyazaki’s games in my opinion.

3 seconds in...I literally rolled and realised Miyazaki had nothing to do with this game.

It feels nothing like a miyzaki Souls game.
The NPC’s and world arent the same either
Last edited: Nov 24, 2020
Reactions: borborygmus, Videospel and eot

V4skunk said:
It was amazing but Dark Souls blew it away even with the shitty last few areas of the game.
Click to expand...

No opinion on Sekiro.

After DeSo, the series got easier in easier both as a design decision to appeal to a wider audience and as a factor of experienced players knowing and expecting some of the often used tropes in the game. They'll never recapture the magic of playing your first entry into the Souls game so all of the subsequent games are going to feel lesser by default. That's really not a nock on the quality of any of them. Dark Souls 2 might be the worst of the lot but outside of Nioh, it stand above any other Souls-like I've tried.

What makes Bloodborne special is that it's the culmination of all the refinements and streamlining in the series. I can understand not liking it because it certainly doesn't have the variety in character builds as the other games but I think it's the perfect distillation. It also has the most appealing atmosphere and art in my eyes.
Last edited: Nov 24, 2020
Reactions: Perrott

I always saw DeS as a flawed game with lots of fun but also lots of dick moments. DaS very quickly showed itself to have fixed things, and I’m glad that with all of the things that stayed the same in DeS Remake they also changed some stuff for QoL purposes. Carry limits do nothing but stop you having fun and sending to stockpile Thomas remotely is an acceptable workaround.

As for the game itself it’s more finished than Dark Souls, even with the cut archstone.

Demon’s was my first Souls, but I don’t hold the same love I do for Dark.

AlteredForms said:
There were video games that preceded Dark Souls with familiar mechanics, but they never caught on due to the market at the time.

Severance: Blade Of Darkness would be a prime example. 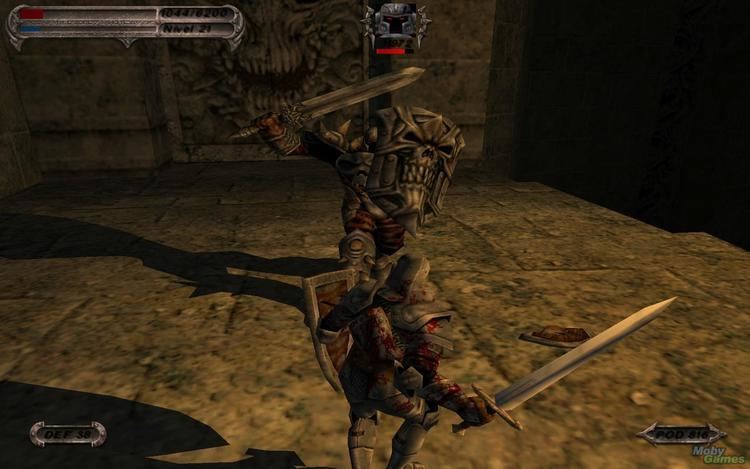 Thank man, I've been thinking about that game for ages now, I remember reading about this souls-similar game in Edge back in the days and how it was developed by a Spanish studio.
Checked out some video of it, the similarities are amazing.

It's tough, because demons souls is so well designed in its mechanics, but the overall experience of U2 is amazing.

I would still rank Uncharted 2 over the original Demons Souls.

But remake souls is better than U2.

But if we got a Bluepoint quality remake of U2...

I got it from my brother's friend who imported it. I love it and played through it the most out of all the souls games. I even played it after Dark Souls and consider Demon's Souls to be the superior game.

I always though Demon's Souls and Bloodborne are the best Soulsborne games.

Some people used to say it was nostalgia goggles and that Dark Souls was better. Now that i'm playing the Remake, i can say it was not nostalgia, nothing changed from 2009 to 2020, the game is still the GOAT and better than Dark Souls in a lot of aspects.
Reactions: Nymphae

DeS was my game of the year. Thats for sure. I stepped in with the Korean version early 2009.

I mean, this was a year when SFIV, Killzone2, RE5 were about to released early on. Demon's Souls wasn't on my radar, not at all. It was when I started to pick up impressions here and there that it piqued my interest. Hard as balls, RPG, From software, niche, fully english. I thought lets give it a shot, its at least something that won't come over.

The rest is history. I ended up casting all those other big hitters aside. All I played was DeS for a long ass time.

I bought a ps3 just for Demon's Souls. Ended up playing The Last of Us as well, and whatever free ps+ games. Everything else that gen was on xbox360.

It stood out for a reason. Kinda felt like it was going for that NES Castlevania difficulty and mood, but translated to a modern 3D game. As we all watched in the following years, "retro" and "difficult" came into vogue again and Demon's Souls was a big part of that momentum.

Holammer said:
Thank man, I've been thinking about that game for ages now, I remember reading about this souls-similar game in Edge back in the days and how it was developed by a Spanish studio.
Checked out some video of it, the similarities are amazing.

Good game, if I remember correctly those real time shadow were a big deal at the time.

I was one of the few that imported the asian version (with english text) for like $100 CAD. No regrets. Bloodborne is the the GOAT but Demons is still unmatched in some ways (atmosphere of Tower of Latria)

Modern Warfare 2 was better that year. I stopped playing DS that year because of MW and I never picked it back up.
D

It was my favourite ps3 game by a mile. I came to that console quite late I got it about a year after the slim came out and went through most of the exclusives this was a game I really couldn’t put down. I’m about to 15 hrs into the remake and I’m astonished how much the t level design holds up it really hasn’t aged imo it’s a little depressing most of the games that learnt from it took the wrong lessons.

None of From Games would qualify for Best game of all time.

A game has to be accessible and not feed on dread and and player's OCD.

With that said I had one heck of an experience with Demons Souls when I played in 2009. Makes to my top 10 of all time.

Find it strange when people talk about Dark Souls being such a huge advancement on Demon's, when its really much the same. Structurally its a bit different, but basically it removes as much as it adds.

I remeber being on GameSpot system wars forum and there were so many people bashing its graphics and game play of the demos shown at the time. I loved what I saw as even though the graphics were a bit rough in the demos it showed real time combat, character creation, large enemies and medical Gothic exploration in a realistic grounded (non flashy /cartoon) way

. After hearing it wasn't coming to the states I was sad. I just got my ps3 in 2008 and loved the games at the time but it was lacking rpgs. I seen that playasia was selling the Hong Kong version with English vo. I quickly imported it and fell in love with this game (and later thr series). I then repurchased the atlus release and gave my copy to a Co worker who gave it back after a day or two saying it was too hard (he loved halo/uncharted and ff13).

The game was one of a kind at the time. I then found out that from made other games similar all the way back on the ps1. I got roms for kings field and played them on my psp, just to see where the game evolved from. I couldn't get enough demons souls.

I was incredibly shocked when GameSpot gave the game its high score and other sites did as well. Fan boys and haters had a coniption. It was a lovely time. It really was a killer app along with mgs4, uncharted, and lbp, for the ps3. It got a lot of people buying ps3s and I think helped Sony turn around from the train wreck of a launch. They were probably kicking themselves for not publishing the game in the west though.

Not sure about it's reception as I normally look into games after their release (sometimes long after). I used to regularly go to a gaming store in Illinois which sold thousands of new and used games for all platforms. I remember picking out an Atlus game (probably Catherine) on PS3 and the clerk who used to offer advise said, "If you're an Atlus guy, why not check out Demons Souls." So, I went back and picked up a copy having not heard of it previously (to my understanding this was probably 4-years after it's release) and really was amazed. Not sure what the reception was in 2009 but in 2013 it was pretty cool to discovery.

What kind of word-sperg salad bs is this

QuantumZebra said:
What kind of word-sperg salad bs is this
Click to expand... 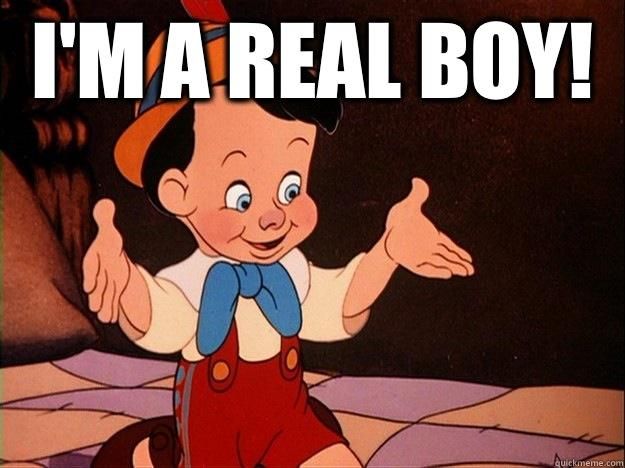 The growth and popularity of DS was completely organic and grassroots and had nothing to do with the typical video game publisher/“journalist” tango that leads to GOTY awards and shit.

Sony wasn’t even planning to release the game in the US, it caught fire because a bunch of weebs imported it and praised it to high hell, which led to the Chinese version (which had English dialogue) selling out and then Atlus picked it up for distribution here much later. If the PS3 had regional lockout the game probably would have died overseas and we may never have gotten Dark Souls and it would end up in “great games that never came to the US” videos on YouTube.
You must log in or register to reply here.