Check out the uncensored announcement trailer for Wanted: Dead, a fast-action sci-fi game from a team of former Ninja Gaiden and Dead or Alive developers that's set in sci-fi Hong Kong. It's coming to PS5, Xbox Series X|S, and PC in 2022.

The main characters hair was too distracting. It was thrashing around so wildly that I thought it was a separate character.

Bro, this is sick. Do want!

Reminds me of this.


Guess the apple doesnt fall far from the tree with former members of Itagaki's team.

Looks like they’re trying too hard to flirt with western gamers with the guns and gore. As it is I’m not impressed by any of it. Should make the character a ninja, they already have the sword but they should drop the guns and bullet proof west and add some shurikens instead, go with some sweet asian tunes - then it might be something.

Nobody there made Ninja Gaiden or DOA.

Its a shell of its former self and it’s apparent.

Why they need to slowdown the video? it makes it hard to watch.

Looks fun. I enjoyed Devil's Third despite all its flaws, so I'll love this one too.
It's giving me Parasite Eve vibes with the extraordinary policewoman in a sci-fi urban setting.

Pretty rough looking but I expect the combat will be fun.

ParaSeoul said:
Check out the uncensored announcement trailer for Wanted: Dead, a fast-action sci-fi game from a team of former Ninja Gaiden and Dead or Alive developers that's set in sci-fi Hong Kong. It's coming to PS5, Xbox Series X|S, and PC in 2022.

Can't say how hyped I am, looks early stage but absolutely fantastic

Trailer got me laughing. And it definitely reminded me of Devil's Third.

Putting motion blur in your trailers in 2021 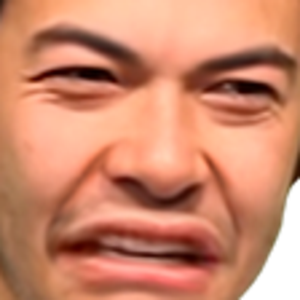 Not impressed. Team Ninja used to deliver way more than this.

Give it time and could be good, I'm interested.
T

eyesabitdull said:
Reminds me of this.


Guess the apple doesnt fall far from the tree with former members of Itagaki's team.
Click to expand...

What’s with all the stiff janky anims? These guys were absolute masters of smooth, fluid and fast animations going all the way back to Dead or Alive on the Saturn/PSX (1996).

What happened to all their animation talent?

Literally decades of expertise seem to have almost evaporated here…??

Think there will be unlockable outfits...
A 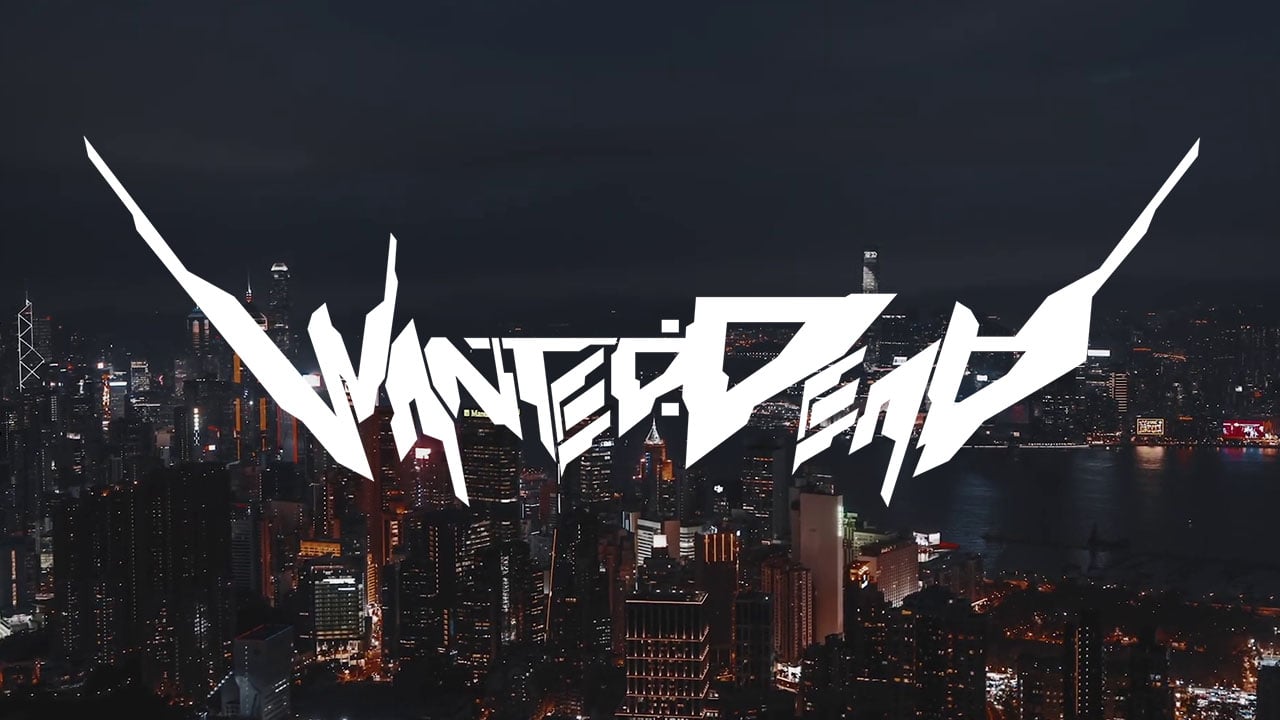 Publisher 110 Industries and developer Soleil have announced Wanted: Dead, a high-octane third-person action game in development for PlayStation 5, Xbox Series, and PC. It will launch in 2022. Wanted…

The protagonist is a strong woman with a large build. But just because she’s powerful doesn’t mean she gets to be happy ever after. Much like she would in real life, she has her own problems. She’s supposed to be an ordinary human, but she winds up with a dangerous set of skills. Those talents wind up throwing her in life-or-death missions.

“Obviously, that comes with its own type of hardship. And she isn’t just running around going ‘Oh God! I’m so scared!’ She just takes it all head on. At least on the surface, she doesn’t appear emotional as she takes on her challenges. I think that gives our heroine a somewhat hardboiled appeal. That’s her character. I think the fact that she’s both strong and beautiful is appealing. But at the same time, she’s very human. She hides that humanity within herself. She’s filled with that hardboiled attitude I previously mentioned, where she barely lets her humanity show. She’s a very cool character, I think. I think that’s appealing.

“Of course, since I’ve been making action games for a while, I have lots of parts I’d be picky about. Especially in action parts themselves. I’ve been doing cutscenes and story scenes in games like that for a long while. So I wanted to get the storytelling in this one JUST right.

We’re trying for a very hardcore game too, very different from Japanese clients. Most Japanese publishers are headed down a path where they want a lot of casual games. But 110 Industries was straightforward from the get-go and said they wanted a hardcore game. They were very passionate about it. And since we’d been making difficult action games for a long time… we were able to settle on things very easily.

“We both wanted to make a hardcore game. It felt like we had very similar wishes. It felt like we were able to figure out what sort of hardcore game we wanted to make, and that for all the big policies, we were all on the same page. Since the scenario and IP are all original work, they’ve got all this passion for what they’re doing. We can’t really interfere with that. But we really want to take the charm that their ideas have, and their passion. 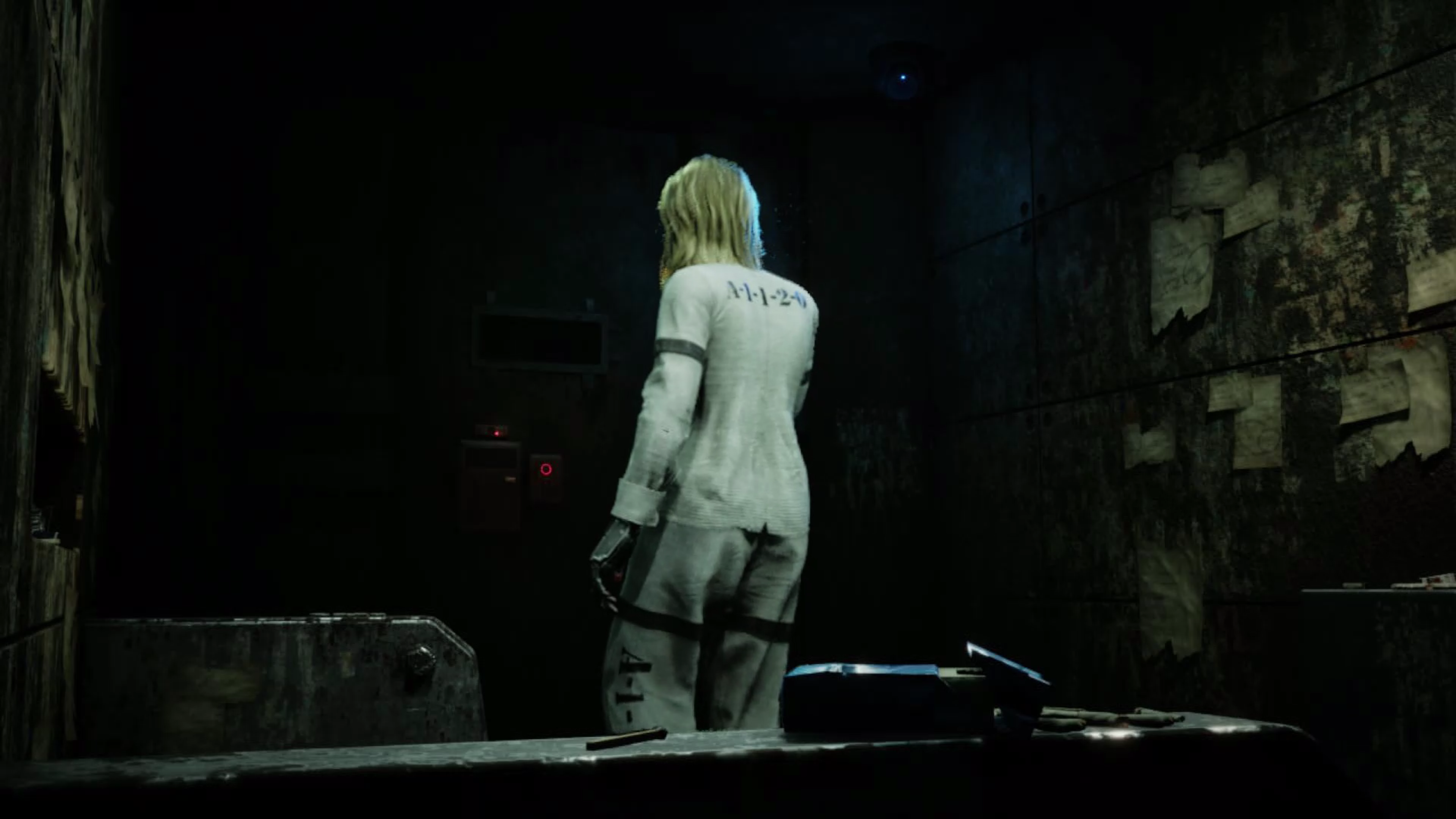 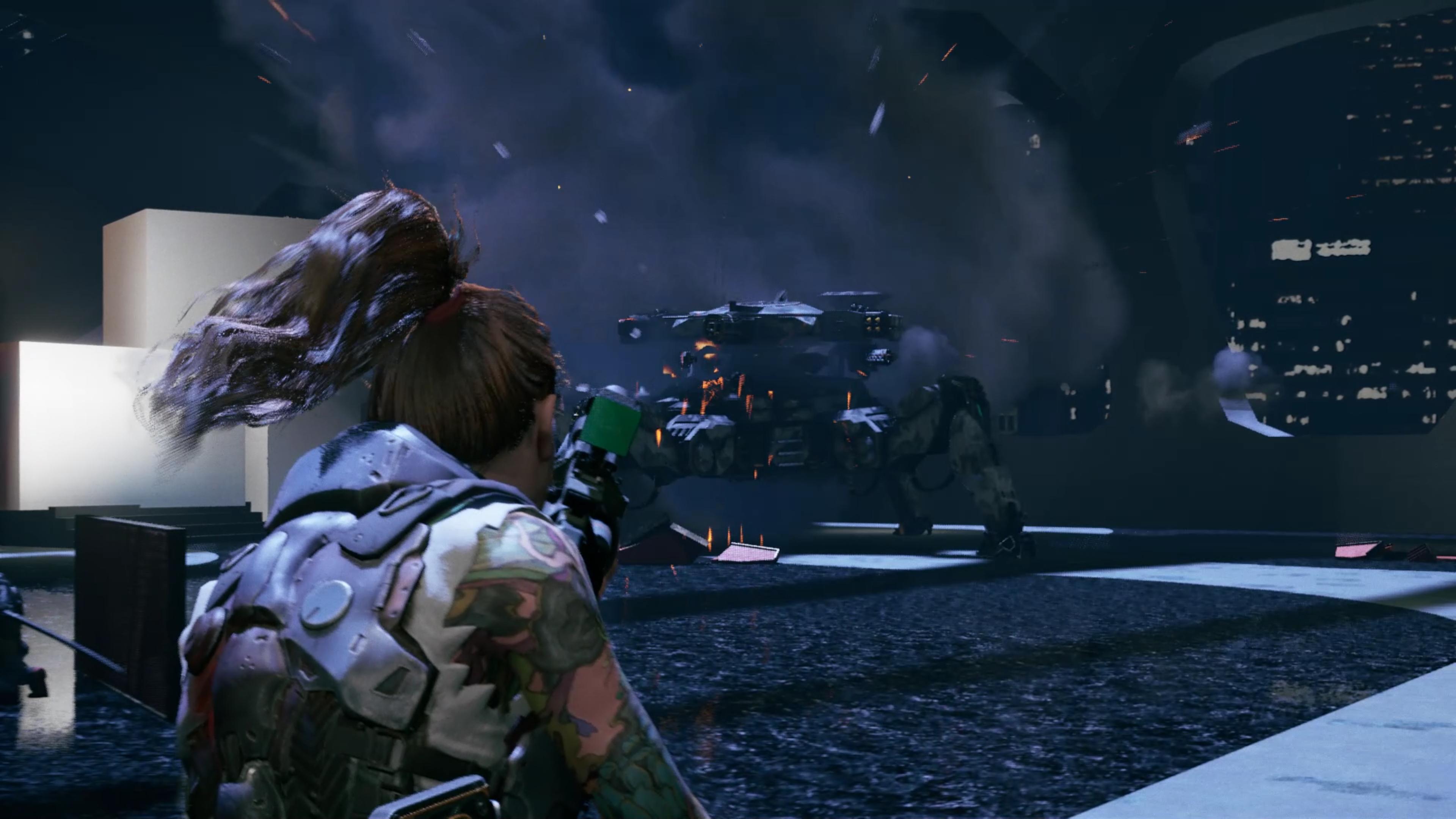 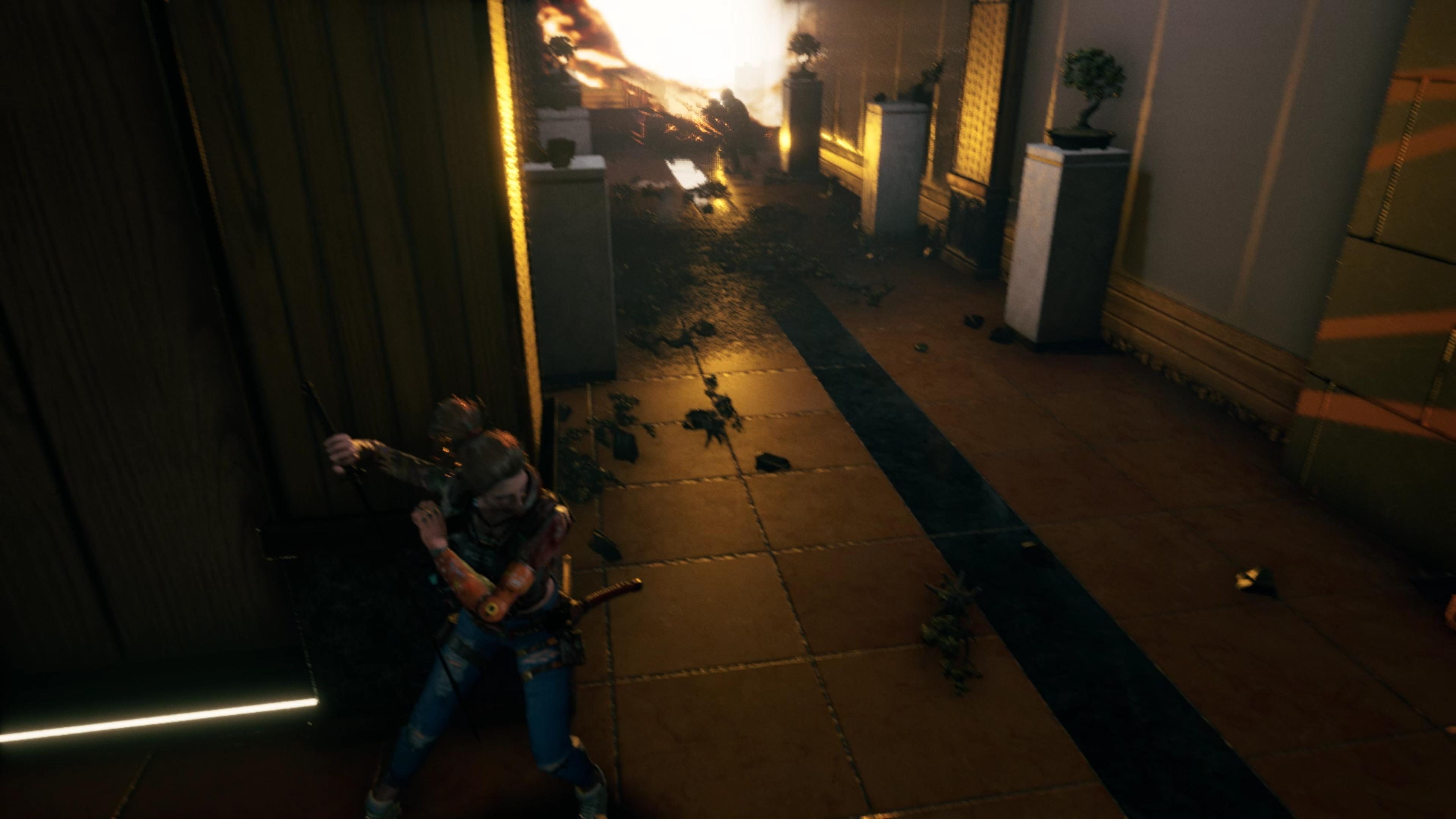 FluffShake said:
Putting motion blur in your trailers in 2021

that said, the blur is overdone yep

Third person over the shoulder over the top action adventure with pony physics ?
looks interesting.

cool it with the executions though.

WitchHunter said:
Fuck I have to buy another Wii. This is gooooooooooooood.
Click to expand...

ParaSeoul said:
Check out the uncensored announcement trailer for Wanted: Dead, a fast-action sci-fi game from a team of former Ninja Gaiden and Dead or Alive developers that's set in sci-fi Hong Kong. It's coming to PS5, Xbox Series X|S, and PC in 2022.

Looks fantastic. Finished version should be awesome! I hope they have a 60fps mode.

Lack of jiggling is v disappointing

Fuck yes. Japanese violence jank is one of my favorite and recently most underserved genres.

Kinda a bit interesting, feel like a cheesy 2000's game.

But I suppose is a Xbox / PC exclusivity;.. Itagaki never liked PlayStation.

Publisher 110 Industries and developer Soleil have announced Wanted: Dead, a high-octane third-person action game in development for PlayStation 5, Xbox Series, and PC. It will launch in 2022. Wanted…

The main character description by the director is so cringy lol

Looks average in every aspect so far.

I might end up loving or hating it... But I want it either way.

Graphically it looks rough. But I'm loving the animation and dismemberment mechanics.

This looks pretty good besides the rough early graphics.
A

eyesabitdull said:
Reminds me of this.


Guess the apple doesnt fall far from the tree with former members of Itagaki's team.
Click to expand...

Beat me to it. Looks SO much like that. Kinda liked the Wilhelm yell. Hope it stays.

With Ninja Gaiden credit under their belt, I am at least give it a close watch.

Not being much of action gamer - I'm not sure if this would be my cup of tea - and I didn't play Ninja Gaiden Black for a longest time until the end of Xbox' life cycle back then & falling in love with it with the franchise all over again. (I loved original on the NES, but was and still am not good enough to beat it)

She reminded of Deathstroke and the Deathstroke movie that was supposed to be directed by "The Raid" director that never came to fruition.

Rocksteady should do a Mature Deathstroke game.

Kagey K said:
Nobody there made Ninja Gaiden or DOA.

Its a shell of its former self and it’s apparent.
Click to expand...

While im not a fan of Ni Oh,the games were very well recieved if Team Ninja now were to make Ninja Gaiden 4, it could be solid. even if it feels different from the Itagaki games

Looks interesting. Will keep it on my radar.

Wonder if that's Kasumi in a future alternate timeline. That would be cool.
You must log in or register to reply here.