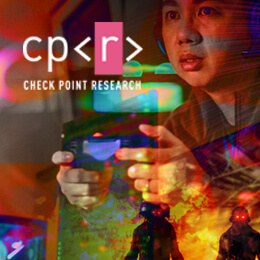 Hundreds of thousands of gamers at peril
Throughout our research, we found several vulnerabilities in the implementation of the GNS library. The library supports communication in peer-to-peer (P2P) mode – a web framework for real-time communication – and in centralized client server mode. The communication factor is key as it potentially allows an attacker to take control of a computer that is connected to a 3rd party game server. If exploited, these vulnerabilities could enable a variety of possible attacks that would cause severe implications. For example, an attacker could remotely crash an opponent’s game client to force a win or even perform a “nuclear rage quit” and crash the Valve game server completely.

Potentially the most damaging is the fact that when users are playing a game created by 3rd-party developers, attackers can remotely take over the game’s server to execute arbitrary code. This would enable an attacker to take control of the gamer’s computer and steal his or her credentials, and obtain private information. in other words, they can take over the computer.

According to statistics from Steam, this vulnerability may have affected hundreds of thousands players daily. The Steam platform is the largest digital distribution platform for PC gaming. In 2019, the service had over 34,000 games with over 95 million monthly active users.

Unlike previous attacks where the user needs to press a link or download a file to execute malware, in this scenario, the victims are unknowingly affected. All they have to do is simply log into the game.

We encourage all gamers using 3rd party games (non-Valve games) to check that their game clients received an update. Pay special attention to any game downloaded before September 4th 2020, as this is the date that the library was patched by Valve.
Reactions: Ownage and Caffeine

This actually has been a concern on many older games using not updated vac software. Black ops 2 on the pc has this issue for sure where they can crash your game client and also remotely control your pc while playing. It sucks because some devs have to manually update it.
Last edited: Dec 10, 2020
Reactions: Roman Empire
You must log in or register to reply here.

Jan 6, 2021 started IbizaPocholo
Feb 4, 2021
D.Final
How Nacon, The Publisher of The Sinking City, Cracked and Pirated The Game